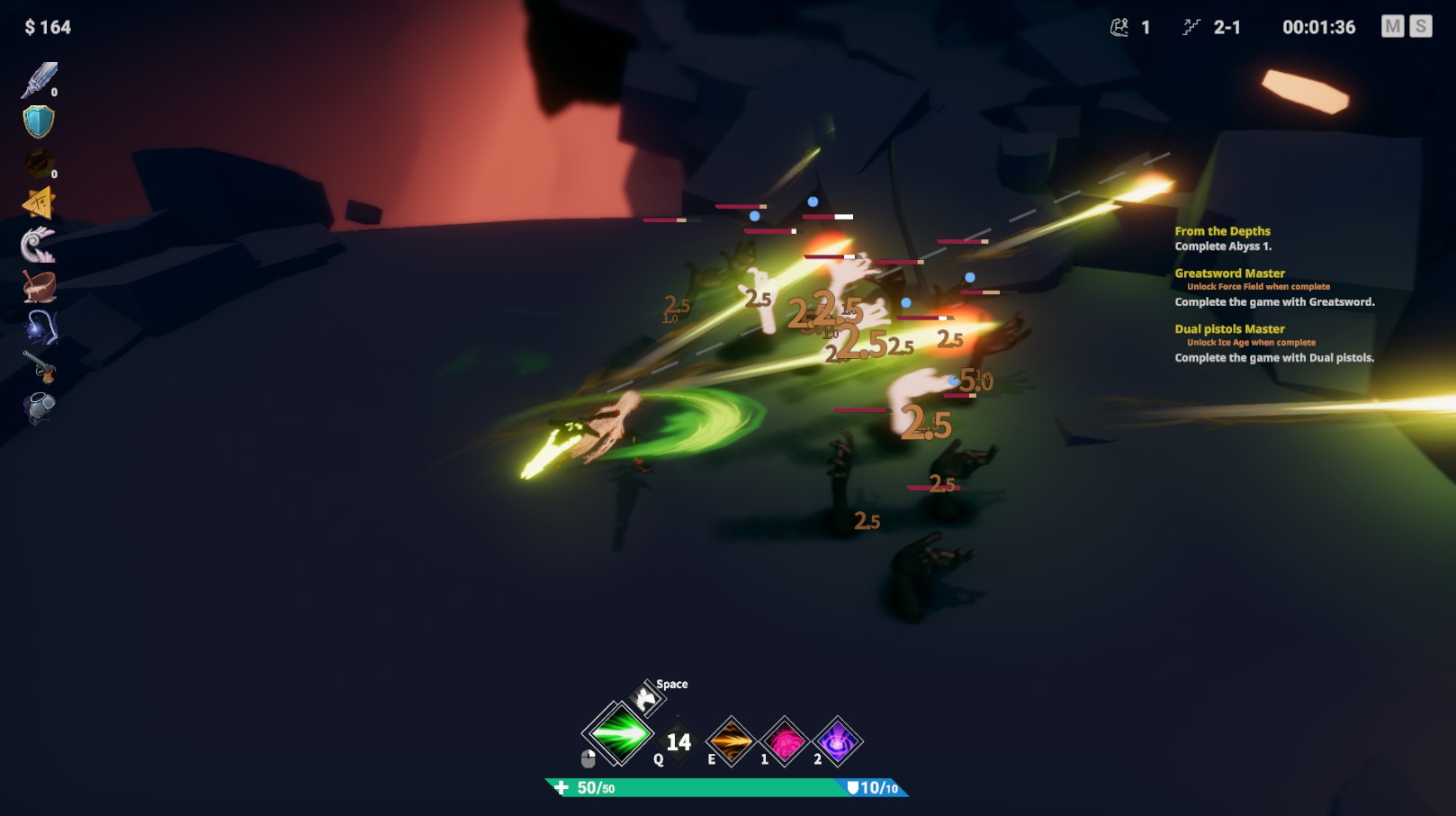 To put it in simple terms, Sentimental K is an action game focusing on combat and tons of different load-outs that amplify the whole experience by tenfold. At its heart, it’s a roguelite, a dungeon crawler, a roguelike, whatever you prefer to call it, so you should already know what to expect if you’re familiar with these genres.

Given that this is an action-heavy game, I’d normally play it with a controller, but the game doesn’t really properly support playing with a controller at the moment, so I opted to play with the keyboard and mouse instead. While dashing and attacking do feel finicky at first, I quickly got the hang of it and it shouldn’t take more than a few minutes for the game’s control scheme to click with you. Moving around is pretty standard, as this is assigned to WASD, with the spacebar being reserved for dashing. Meanwhile, the mouse is used to aim and make your character face a specific direction. It might sound intuitive, but don’t be surprised if it feels awkward at first, which I assume is due to the game being played from an isometric point of view.

The gameplay loop is pretty straightforward, as you’ll essentially be going from room to room, clearing all enemies, getting rewards, and you’ll keep doing that over and over until you reach the final boss. With that in mind, currently, there are only 3 acts, with each encompassing a series of rooms for you to traverse until you eventually reach the boss of each act. There are different types of rooms that you can run into, standard rooms with a bunch of enemies, rooms with mini-bosses, random event rooms, rest camps which let you regain health or gain small stats bonuses, vending machines where you can buy items, and artifact rooms. As you clear your way out of each one of them, you’ll get to pick where you want to go next through a branching map system, pretty much like in FTL and Slay the Spire. 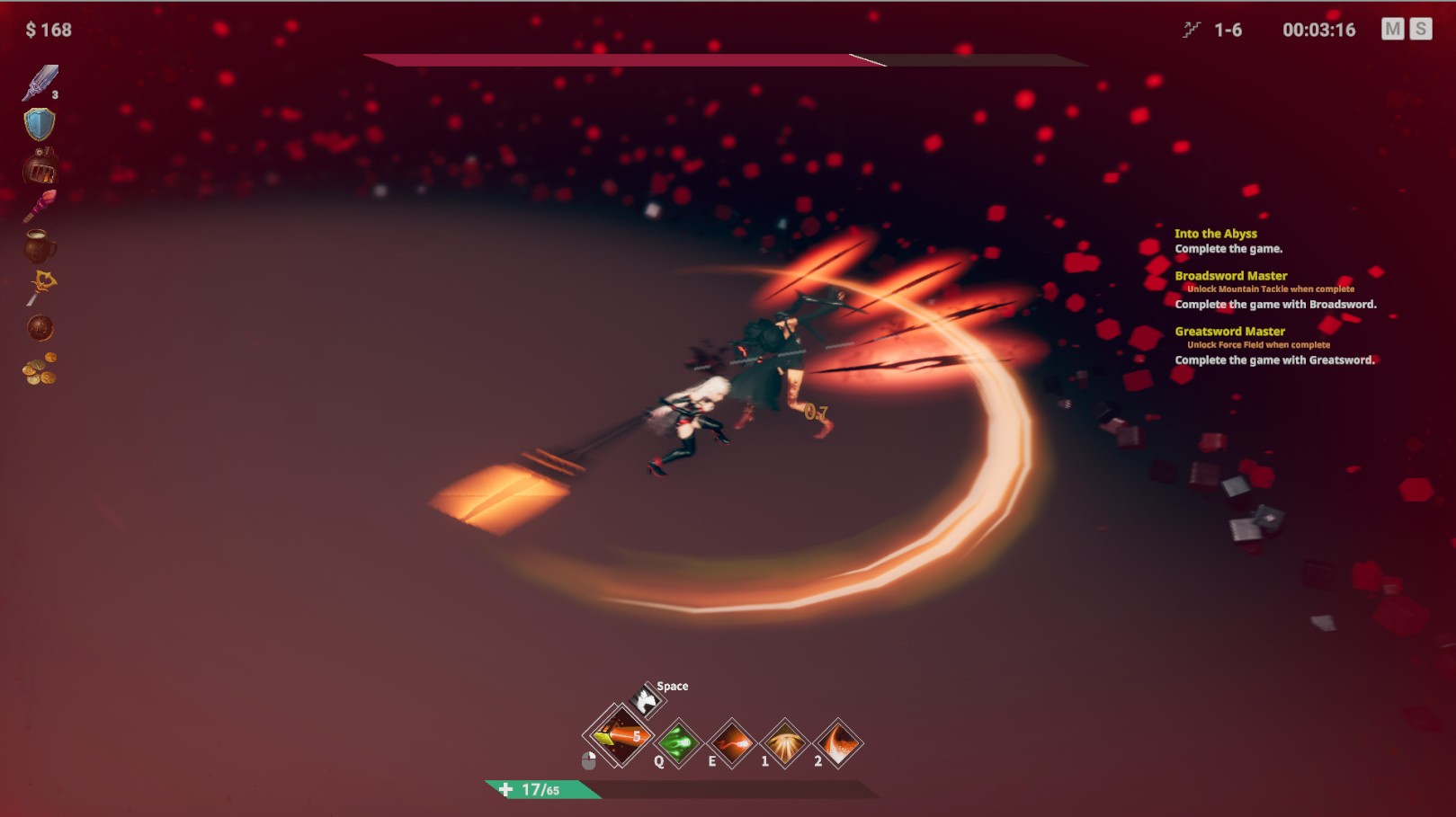 The crowning jewel of Sentimental K is undoubtedly its combat, but mainly its vast myriad of abilities that you can find and get your hands on throughout multiple playthroughs. Each ability resorts to using one of the 5 weapons that are currently in the game, the greatsword, the broadsword, the whip, the gun-spear, and the pistol, but there are dozens of different abilities that use each of these weapons in drastic and unique ways. There are a lot of abilities combinations that you can conjure since you have 4 abilities slots, which makes it possible to come up with a lot of different synergies between them, since abilities can come with multiple status effects, such as bleeding or rooting, which directly interact with each other.

Sentimental K is a game that feels great to play, but thematically speaking, the game seems to be all over the place. From the weird enemy design to the design of each room, Sentimental K seems to lack visual cohesion, which might detract from some people’s experience. With that said, each enemy type not only looks unique (even if a little out of place), but it also behaves very differently from the rest. Some enemies might resort to simple melee attacks, while others will use a combination of melee and ranged combos. Still, I’ve noticed that some enemies are not that smart, as there have been a good number of times where I’ve found some enemies just running against an obstacle or the outer limits of each room while looking at me. Hopefully, that can be fixed.

As I’ve mentioned before, there are currently 3 acts, witch each having their own unique final boss, and 6 elite bosses on top of that, and each of them is actually quite cleverly designed. In contrast to the standard enemy designs, the abilities of the bosses in Sentimental K are actually extremely thematically fitting. They’re an absolute joy to fight against, and I honestly can’t wait what the developers will bring in next. 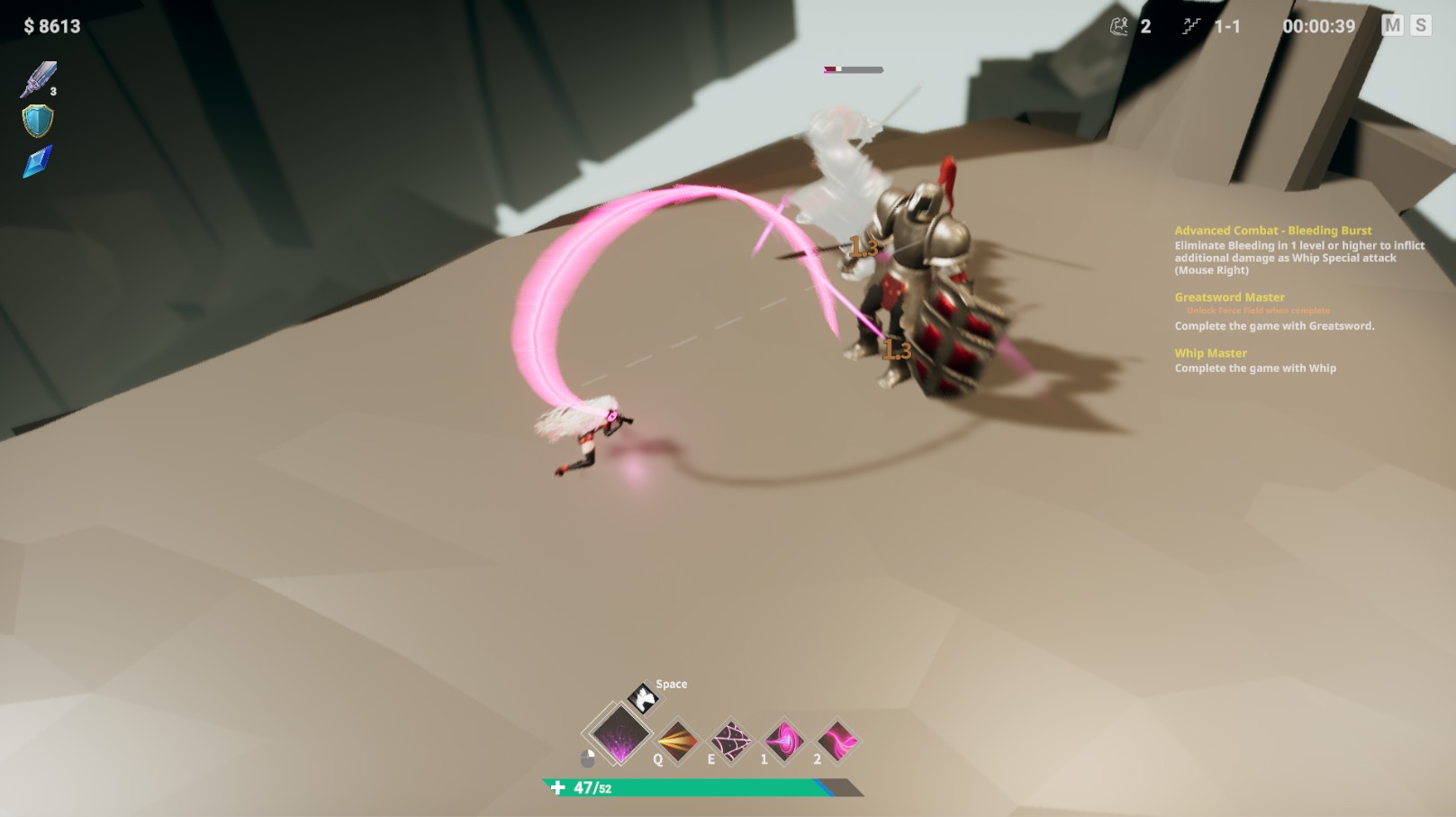 Although Sentimental K doesn’t have any meaningful persistent progression that carries throughout different playthroughs like most games in this genre, it still has some form of unlocking new content. As a reward for completing achievements, you unlock new items and weapons that you can then find on future playthroughs. This is actually a pretty clever way of introducing new content, as achievements seem to be related to achieving certain milestones, so it’s a good way to make sure that new content is introduced to the player in future runs.

Sentimental K is without a doubt a hidden gem, and I guess that it has been overlooked by some people mainly due to its looks, as the game certainly doesn’t show its best in screenshots or videos, you actually have to play it to get it. The game just came out on Steam’s Early Access on the 5th of June, and it’s slated for a full release before the end of the year, so there’s still plenty of time to improve the game and make it even more compelling. Nonetheless, I was immediately sold once I finally played it. The gameplay is extremely engaging, responsive, and it just feels amazing to fight off a series of enemies while resorting to a vast arsenal of abilities. If you’re looking for an action-driven roguelite, Sentimental K might just be up your alley.