The Book of Desires is one of many previous attempts to capture the same mystical feeling of Mist with puzzles, interesting atmosphere, and mystery. The only difference between this game, compared to other Mist-like games such as The Witness and Ether One, this was intended for children and casual gamers. Developed by Meridian 93, The Book of Desires is a point-and-click puzzle-solver game that combines puzzle making with fantastic artwork to tell a story of a young girl who is trapped in a book of dreams and nightmares. Using your brain, you must solve each puzzle, collect valuable items, and find your way out of the dream world and into reality once more.

The best thing about this game is the artwork which does a good job at keeping up the “dreamlike” atmosphere it portrays itself to be. Combining animation with 2-D and 3-D artwork, you feel as if you’ve entered a different world each time you go to a new area; each more unique then the next. I especially found the character designs to be the best part of the game as each gives off an otherworldly vibe including the Book Keeper, who comes off as a wise yet villainous role in his get up. Most of the animation is used for special effects such as twinkling stars, moving water, and fire. Occasionally, you’ll see it used for the 3-D art such as one level where you must move various bookcases in order to command flying books to form a bridge for you to pass over a chasm. However, the game doesn’t use this kind of style for a full-on advantage. It would have been neat to see most of the characters’ act in 3-D animation in the 2-D setting with some actual voice acting instead of having to read their dialogue. There isn’t much interacting with the characters outside of some quests and important story plot moments, so at least adding voice acting wouldn’t have been too much trouble.

The story is, sadly, the weak point of the game. You play as Ashley, a young girl whose parents are going through a rough time with endless fighting at night which scares her. She comes into possession of the Book of Desires, where writing in it will cause your inner most desire to come true in real life. However, this is a trap as the Book Keeper keeps the souls of those who write in it, trapped in the book’s dream realm. Ashley manages to avoid capture due to her wish being altruistic for her parents and not for herself like many others. Now she must find a way to escape so that not only her desire can come true, but so she can also free others trapped in the realm and make their dreams a reality as well. Most of this story you pick up as you further into the game, but there isn’t fulfilling dialogue or story attachment that gives you a sense of urgency or interest in the story. It’s just too basic and cliché that you’ll find yourself carrying less about the story and just wanting it gone so you can explore and complete puzzles.

The main purpose of the game is to give you puzzles and collect items to find ways to get around obstacles. This will require a lot of problem solving skills and backtracking to find each item necessary to complete each puzzle to move on further in the game. The puzzles are very good challenges that aren’t impossible to complete, but do require a lot of time to fully finish. This is the kind of game you would want to test your brain on, as the puzzles are different each time (Except for this one constant one where you must find certain items in a pile of other items) and the rewards for each one range from an item needed to solve another puzzle to opening a new location for you to explore. 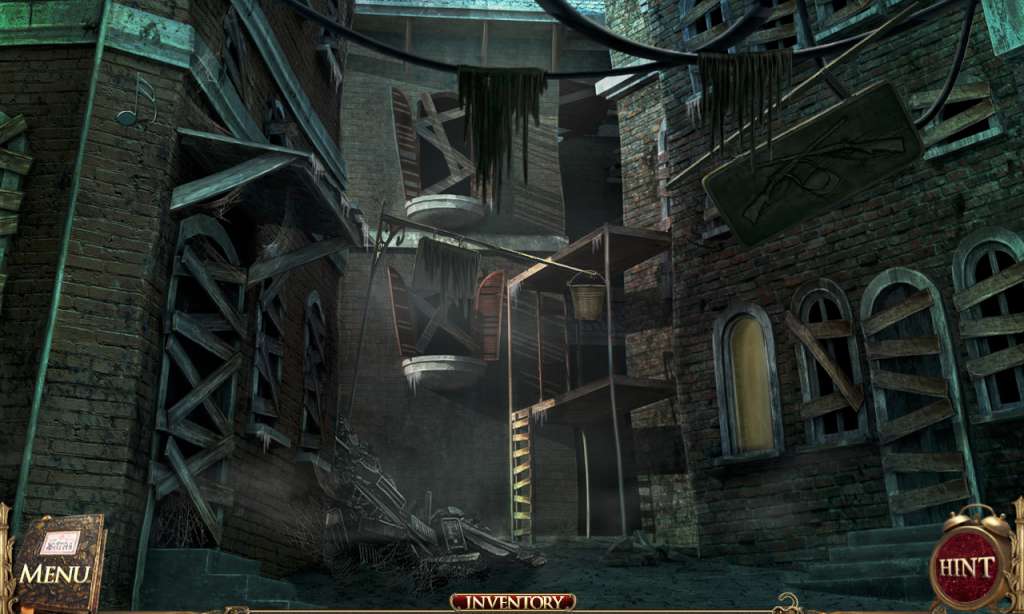 Now there is one thing that the game offers you as a helping hand and that’s the “Hint” and “Skip” button options. After a moment of time, you get the option for the game to help you out by finding what direction and item to use next. If you’re in the middle of a puzzle, you get the option to skip it if you find the puzzle to be too hard for you. While I can see this game mechanic being useful for the casual player, for a real challenge you shouldn’t use them at all. The only problem I have gameplay wise is that there isn’t enough of it. The game is at least two to four hours long to complete and after that there isn’t much else to do.

The game is clearly intended for casual gamers, especially younger audiences. While the game was interesting at first, I feel like older and more veteran puzzle gamers will not find this interesting a second time. Nevertheless, there was good effort into this and the game did interest me enough to the end, especially in wanting to solve the puzzles and see more artwork. I give Book of Desires a 5 out of 10.