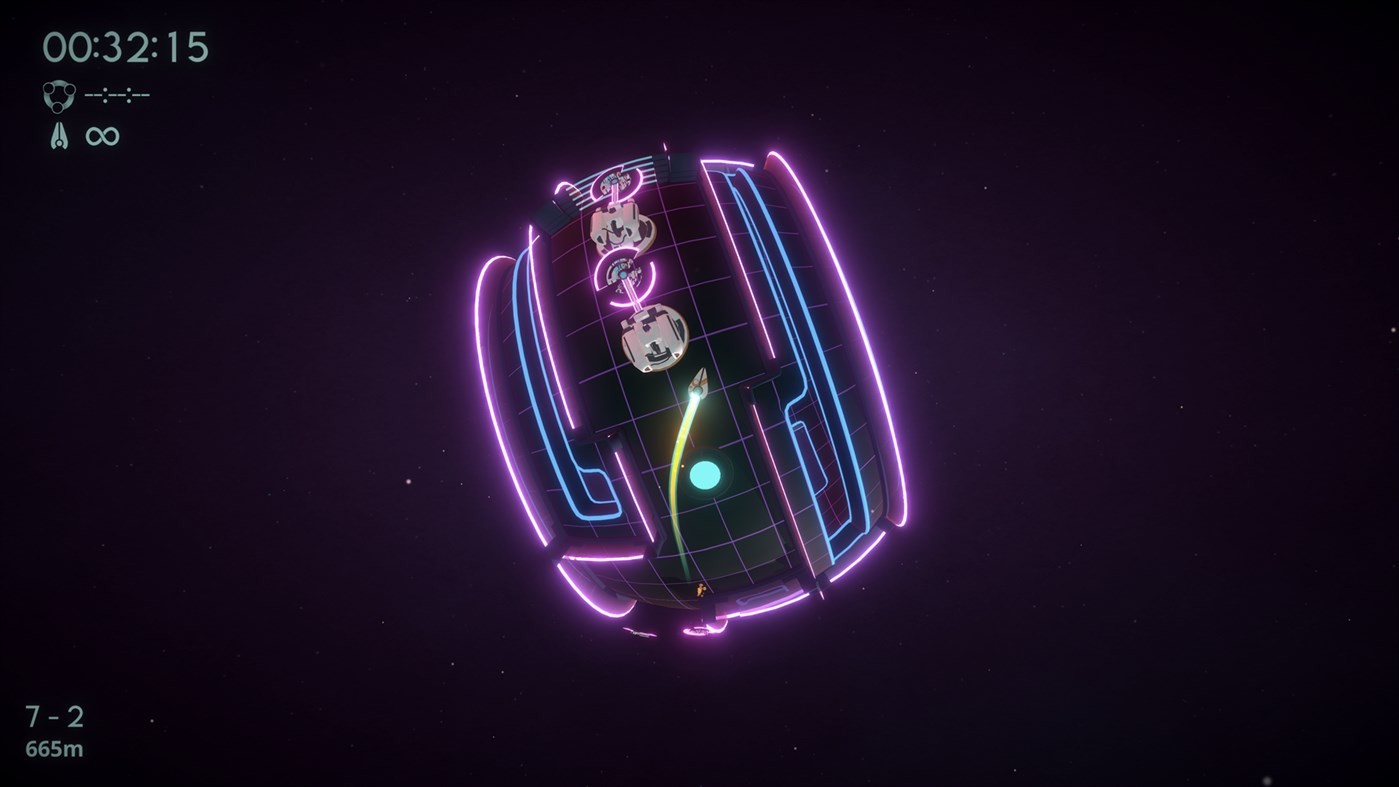 Back in a distant time, arcades ruled the land. Droves of children and teenagers would save up their hard earned quarters to go play with their friends and compete for the highscore at the local arcade. Over time, arcades fell to the wayside when the home video game market picked up steam and became more commonplace. In recent times, there has been a resurgence in classic arcade games being ported to modern consoles/PC.

Another major component was the advent of the modern smart phone app store. It brought along a new platform for which people can enjoy gaming. Smartphone games became the perfect place to enjoy quick, on-the-go play sessions. Soon developers took notice and started making arcade style games for consoles to emulate the quick play sessions. The Nintendo Switch with its unique style of being either docked or able to grab and go became the home for these types of games like Geometry Wars, for example. This week, we are looking at oOo: Ascension, an arcade style puzzle game made by Kenny Creanor. 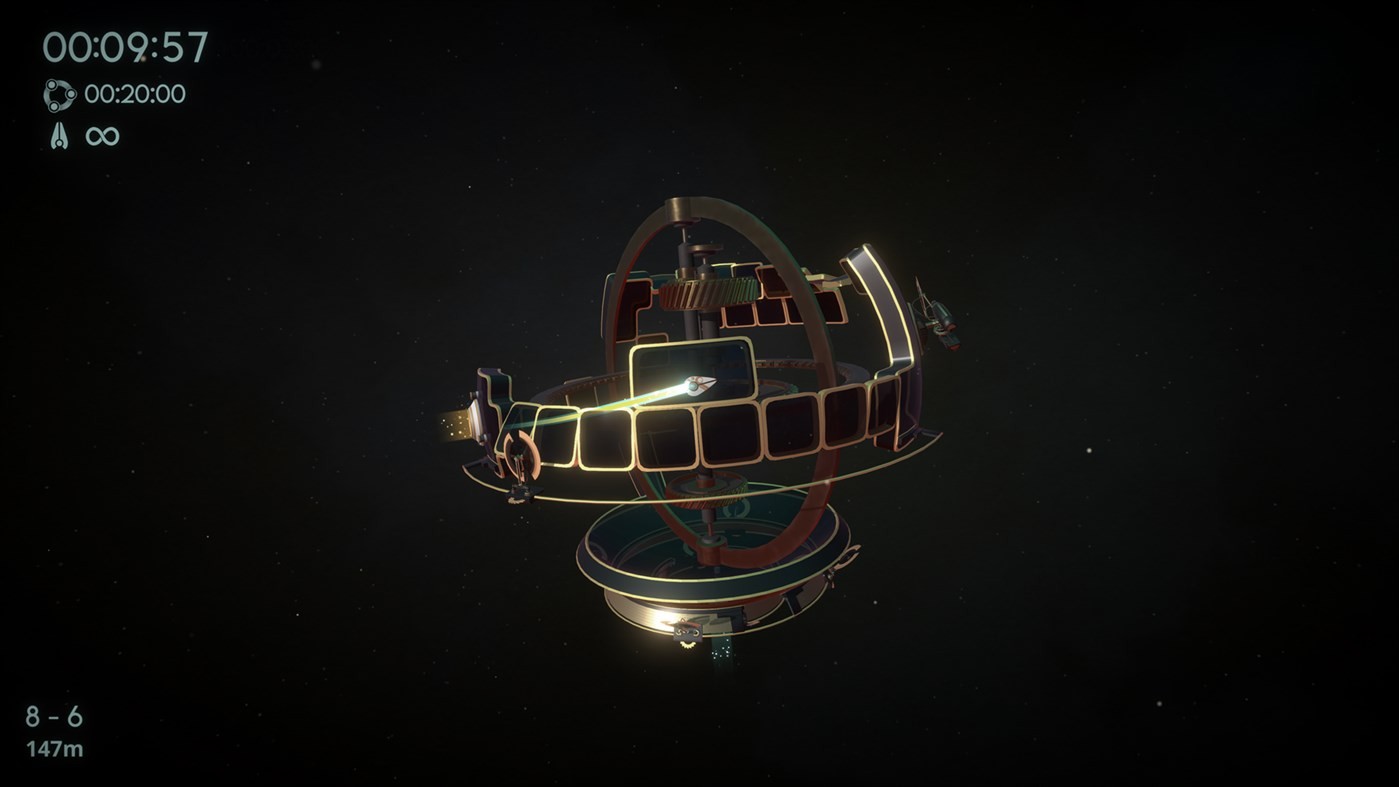 In the game you take control of a little spaceship and zip along a little planet from point A to point B as quickly as possible, trying not to be destroyed by obstacles in the process. Gameplay is quick, fun, and addicting. I kept finding myself trying to get the fastest time while playing this game instead of typing up my review (sorry boss for the delay; the game was just too much fun and addicting to put down). The game offers no frills, a simple menu with start game, some settings to adjust and a two-player mode where you and a friend can work together or against each other to get the fastest times on a level. Progress carries over from single player to two-player so you can just jump back and forth. I even made a challenge to see if I could use two joy cons by myself to beat the level. It was an interesting challenge I would recommend to anyone.

Music has a good, fast-paced electronic feel to it that keeps you in the mood during those intense speedrunning sessions. There have been no hiccups from playing the game in either docked mode or handheld mode for the Switch; which is always a huge plus in my book. 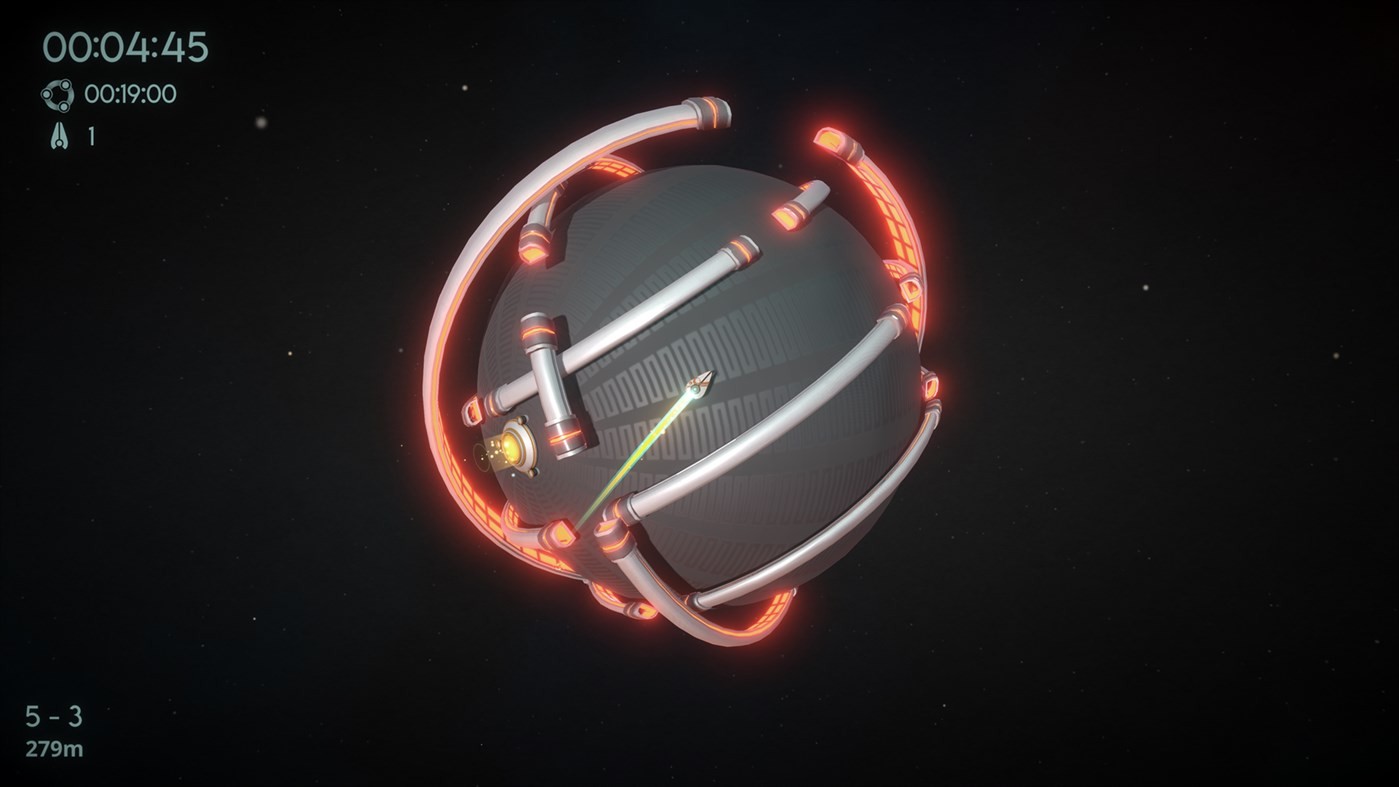 The graphics resemble a futuristic look. Think along the lines of Fast RMX which is a fantastic arcade racing game unto itself. They are crisp and sharp and look great on either playtime. Levels are simple with a blank background that doesn’t detract from the main gameplay of focusing on your little ship zipping along as fast as possible on a tiny planet going from point A to point B. As the levels progress, the challenge ramps up. The game does not become impossible like Super Meat Boy or Kaizo Mario ROM hacks, but the challenge is considerable. I found myself in the second half of the game restarting levels repeatedly because of one little mistake or a swinging saw ending my little ship’s existence. Though, once you do finally beat the level with the fastest time, it feels super rewarding!

Overall, the game is a great little gem on the Switch that everyone should have in their library. The gameplay is addicting, fast-paced, and challenging enough to keep you invested in beating all the levels. The split-screen multiplayer is a nice touch that offers a bit of competitive action with a friend or a cool two-handed challenge. Music is catchy with the right amount of drive to keep you in the mood and the graphics ties up the entire package that makes the game futuristic and cool. I would highly recommend this game to anyone casual or competitive, and for $9.99, you can’t beat it.

This simple arcade game brings the right amount of challenging, addicting game play to keep the player enthralled from beginning to end.