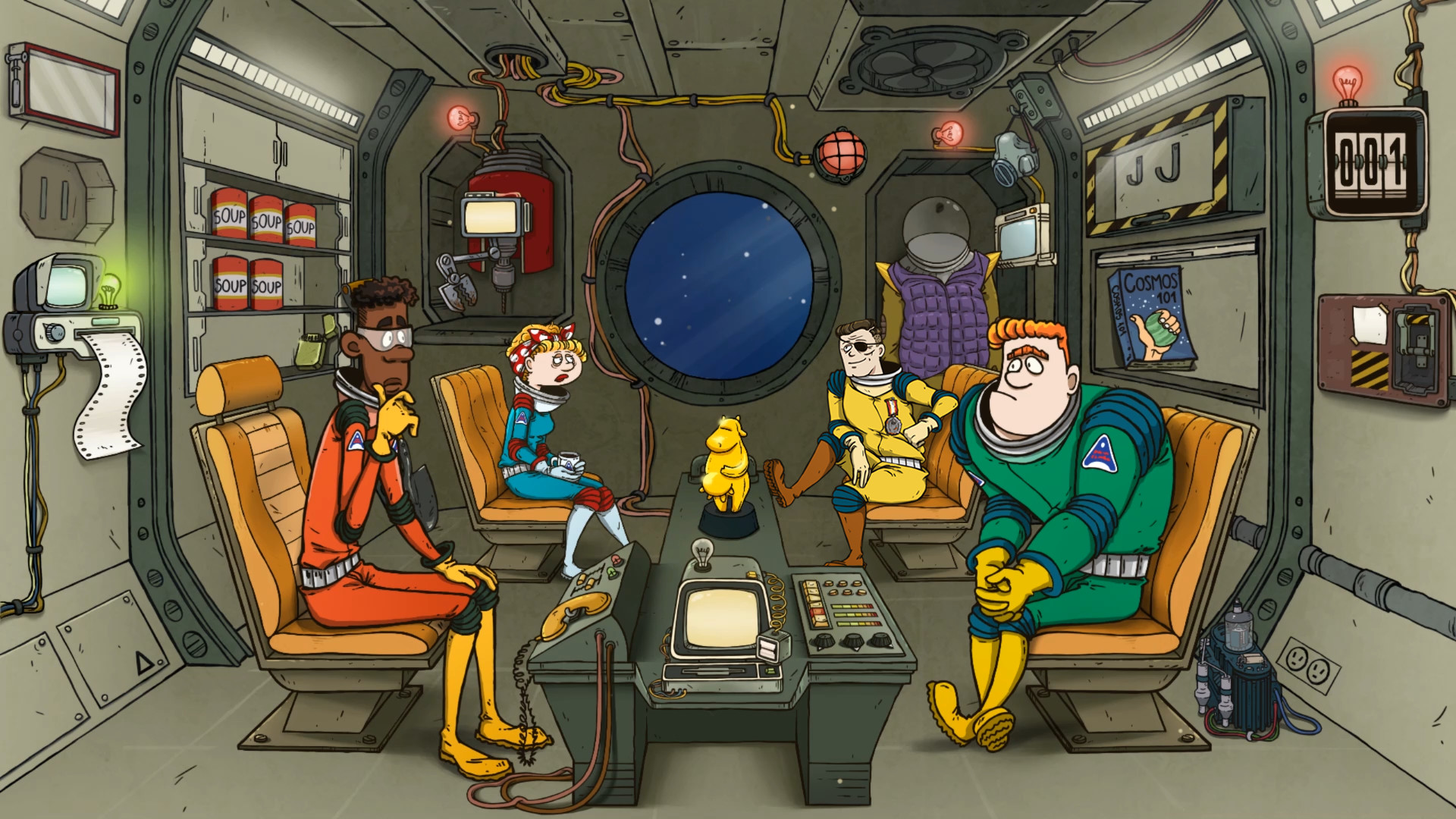 60 Parsecs! Wow. Well, this is quite the indie gem if I do say so. 60 Parsecs! is the atomic space age sequel to 60 Seconds! and is developed and published by Robot Gentleman. Instead of having to survive a nuclear apocalypse by hoarding supplies in a bomb shelter, you have to pack as many supplies as you can into your escape pod within 60 seconds before being blasted 60 parsecs from Earth as you watch the world and your space station burn. Aided by the escape pod’s A.I. (A.S.T.R.O.) throughout your adventure, you are essentially tasked with what on the surface seems like a bunch of micromanaging, but with the depth of the options; before you quickly begin to surface as you begin to make some discoveries in space and end up facing various and worrisome encounters. I gotta give props to the A.I. here because honestly, the ship’s computer was the funniest thing in the game and kept what could come across as repetitive and annoying tasks, refreshing and amusing.

Being trapped in space and the captain of seemingly the last group of humans alive in the universe, a lot is riding on your ability to keep your crew fed, their morale high and their injuries healed up. As well as keeping your crew together, you are able to craft various items and technologies to aid you on your journey to find a habitable planet.. or an abandoned ship.. or aliens… If you don’t pay attention things can quickly spiral out of control. I found myself trying to stretch food as far as possible while crafting it whenever I could as well as taking every opportunity I could to send the appropriate crew members on various expeditions whenever the option came up. Your crew (and you) have a dominant stat they tend to excel in but sometimes not even that is enough to win you the stat checks when they come up. Luck is certainly a factor, but I found myself more often than not being more pleasantly surprised than disappointed. 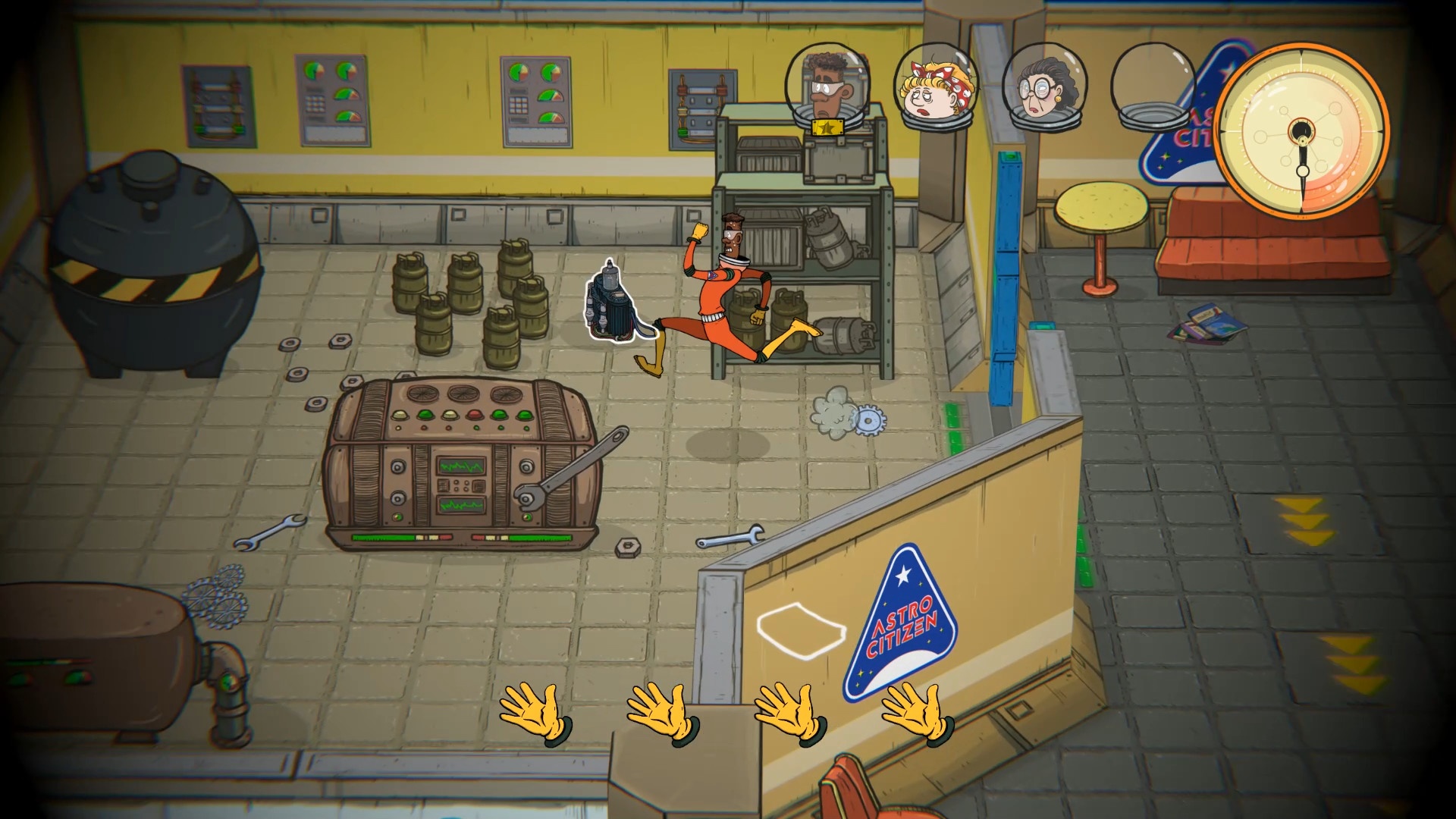 The art is quite improved from 60 Seconds! but very obviously in the same vein and for as many random things can happen, the artists at Robot Gentlemen have clearly put the hard work in and it really shows from the stable-ish beginning to the insane and starving crew later on. The added details really go a long way. The sound is pretty great too and while the background music is fairly average, it’s still very well themed. The sound effects however are brilliant. I found myself clicking random things on-screen all the time as it was both amusing and satisfying.

The new mechanics are great too and some (like water use) seem to have been gutted to streamline the game itself overall when comparing it with 60 Seconds! As I mentioned earlier, there is a crafting system but it also serves as a way to recycle, repair, and upgrade your items, so while one day you may be crafting more precious soup, the next you may be building a communicator or upgrading your ray gun. The stats seem to be divided into agility, intelligence, and strength with teammates having preset values making some more useful in specific categories while others are average across the board. 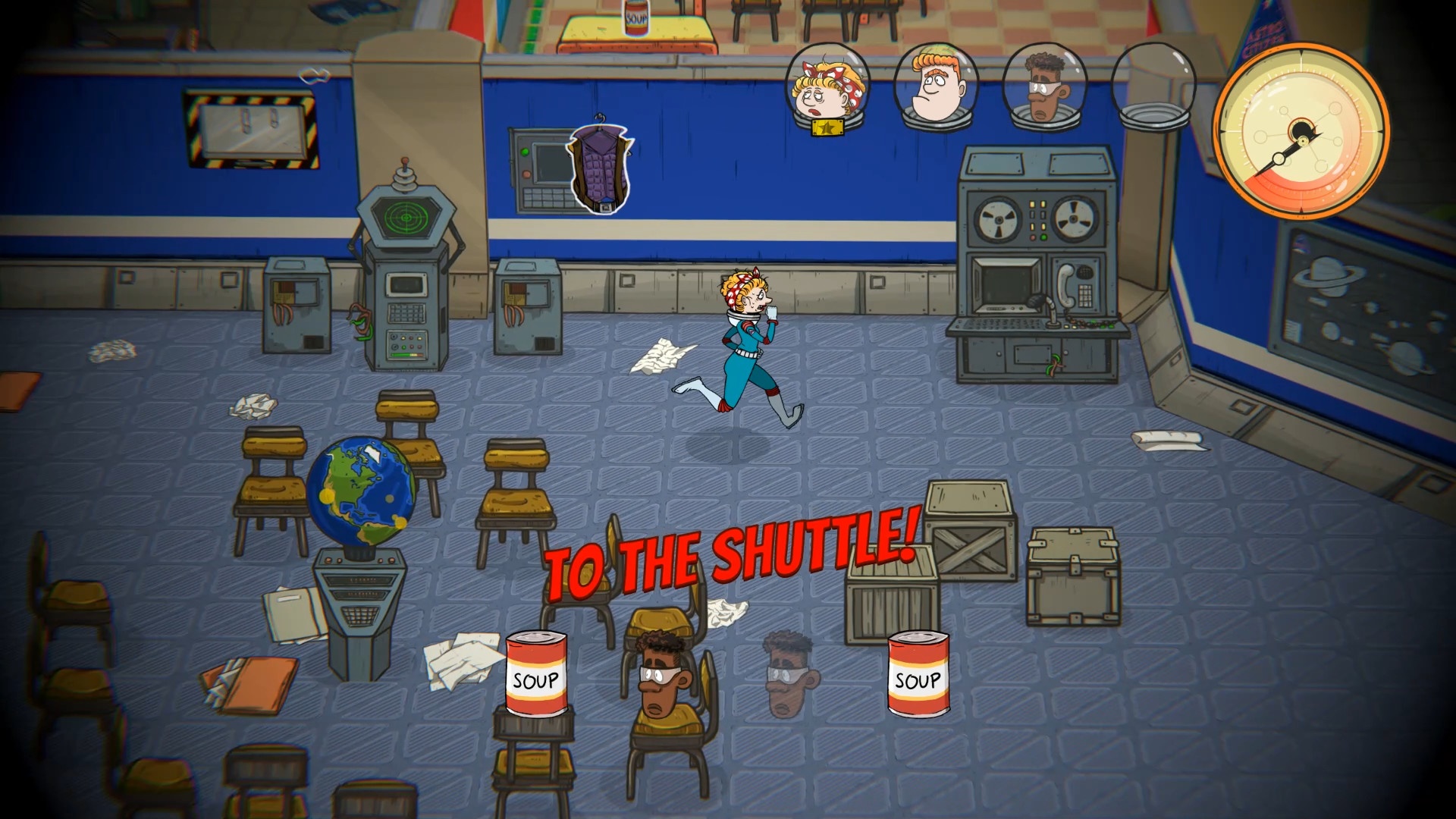 Your chosen characters and recruit-able companions are all quite interesting and funny characters full of personality which makes various playthroughs quite different. As far as replayability goes though, I feel a bit torn. I can see how it would bug some people seeing some scenes repeatedly but I wasn’t too annoyed because I felt enough new stuff, due to RNG, happened to spread it out. Even four playthroughs later you’ll still see something new at least a quarter of the time. The sad thing is that it seems like the game runs out of stuff to throw at you at the 60-day mark, so if you do well, you know you’re going to win and that can be either satisfying or annoying depending on who is playing. The overall difficulty seems fairly random. You can start off really well and things go downhill really quickly or start off awful but have incredible luck. All you can really do is try and get the characters that suit your play-style and hope you got enough starting supplies to set you up to deal with what the game throws at you.

Many of what you could consider positives and negatives in 60 Parsecs! are entirely subjective but that said the experience rubbed me the right way. It’s a big improvement over 60 Seconds and this is what you want to see in a sequel. Bigger and better in every way. It’s a very good game that is quite unique. I really enjoyed playing it again and if you liked 60 Seconds! you’ll love this!