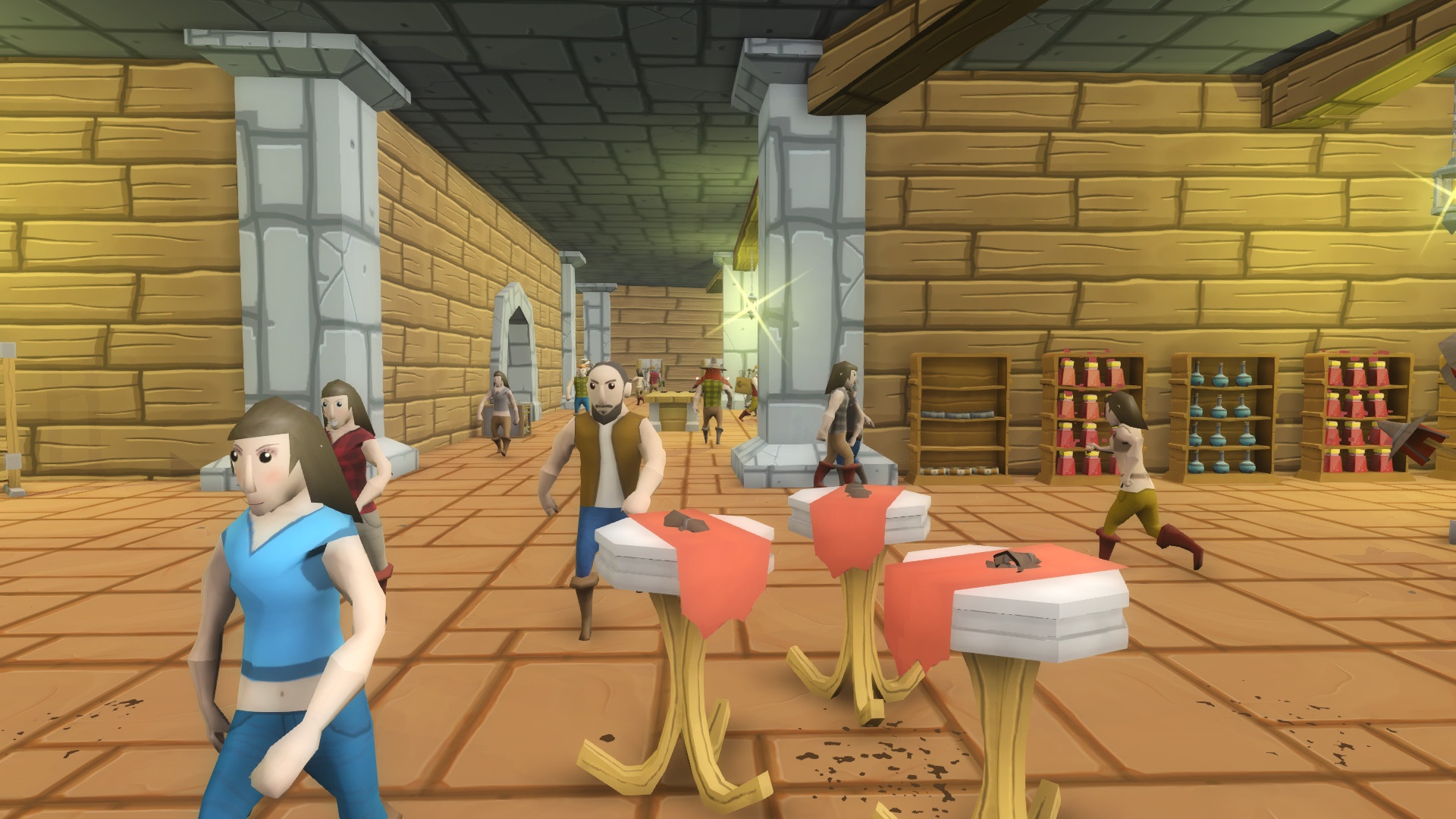 I’m gonna start this off by saying that I love tycoon games. One of my most played games is Game Dev Tycoon thanks to mods and having started the game a couple times over. I didn’t have super high hopes going into Shoppe Keep just from looking at screenshots but you should never judge a book by its cover. Except for this game, totally judge it by its cover.

Shoppe Keep was developed by Strange Fire and it honestly feels and looks like a first game from university students. I couldn’t find much on Strange Fire but a quick search through their Facebook page showed me that sadly, this is not their first game. So I can’t use the excuse, “oh well it is their first game”. If you can get past the way Shoppe Keep looks and feels (it’s very clear that it’s a PC game as the controls are weird on PS4) you can find enjoyment in the game. 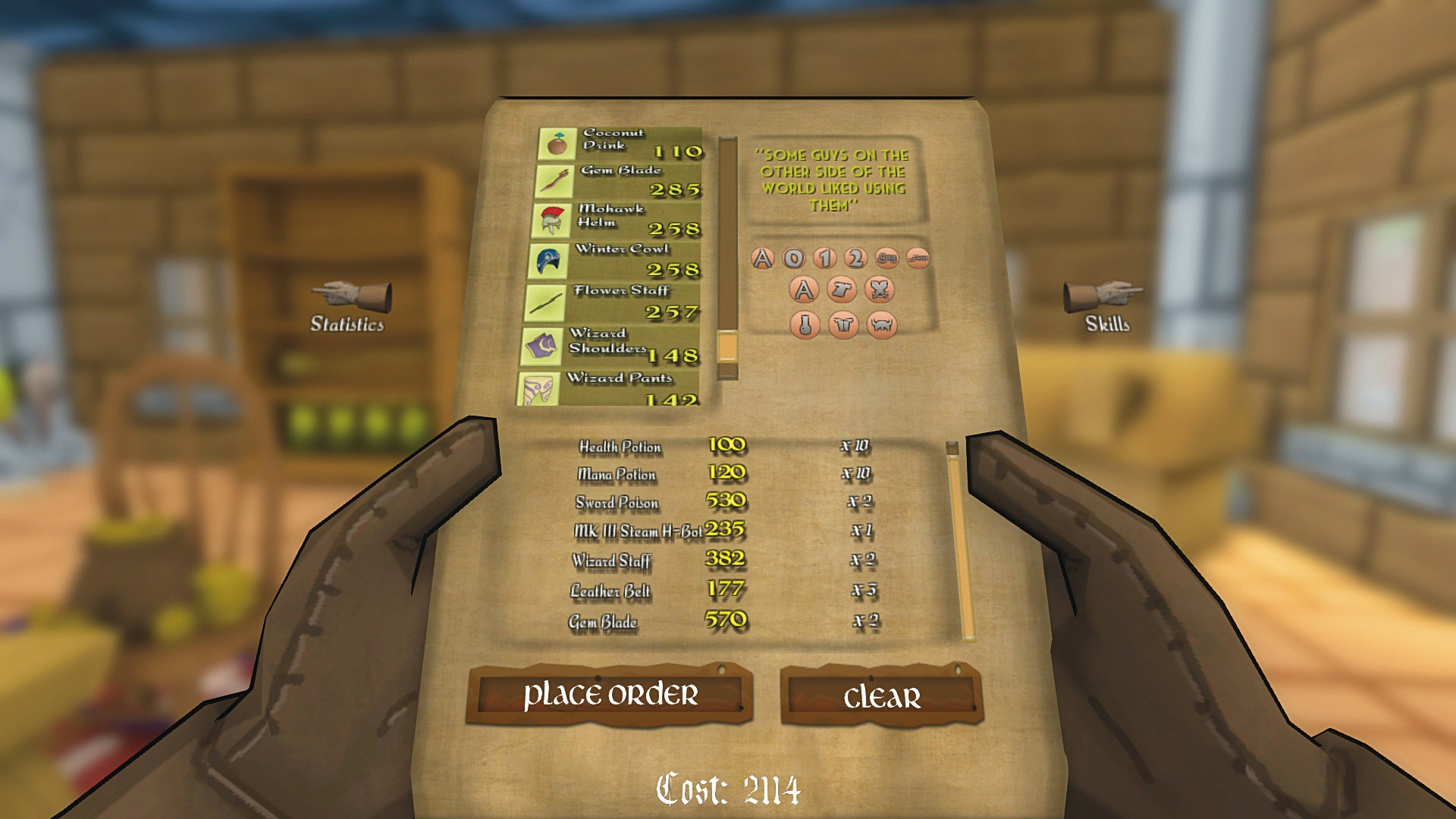 You start off by customizing your character, there isn’t much customization options so don’t get your hopes up. Then you’re just thrown into the game. There are tutorials but they’re in the pause menus and pretty boring to read. For the first ten minutes of the game, I didn’t know what I was doing. I found an option to take a sword out and decided that the best course of action was to massacre the entire town. Which, to be fair was kind of amusing because nobody reacted to the bodies laying on the ground. They just walked past and carried on with their day.

The tycoon aspect of the game is fairly shallow. There’s only so many items you can sell in your shop and the most expensive item you can sell is a sword. Thieves can go in your store and steal your valuable swords and shields which you then appropriately electrocute or slice down. For a brief period of time, I was having fun with the game. Making my items more expensive and getting more and more money. However, it got to a point in the game where I was making so much money a day that I stopped caring if thieves came in. I would stock up my shop during the night, then when the day starts I literally put my controller to the side, went on my phone until the day was over and still made a profit. This was when the game stopped becoming fun for me because there was nothing for me to aim for. Sure, I could’ve bought all the upgrades and knocked down all my walls to make my shop bigger but what was the point? I was already making enough money in the game that I didn’t see the need in the upgrades. 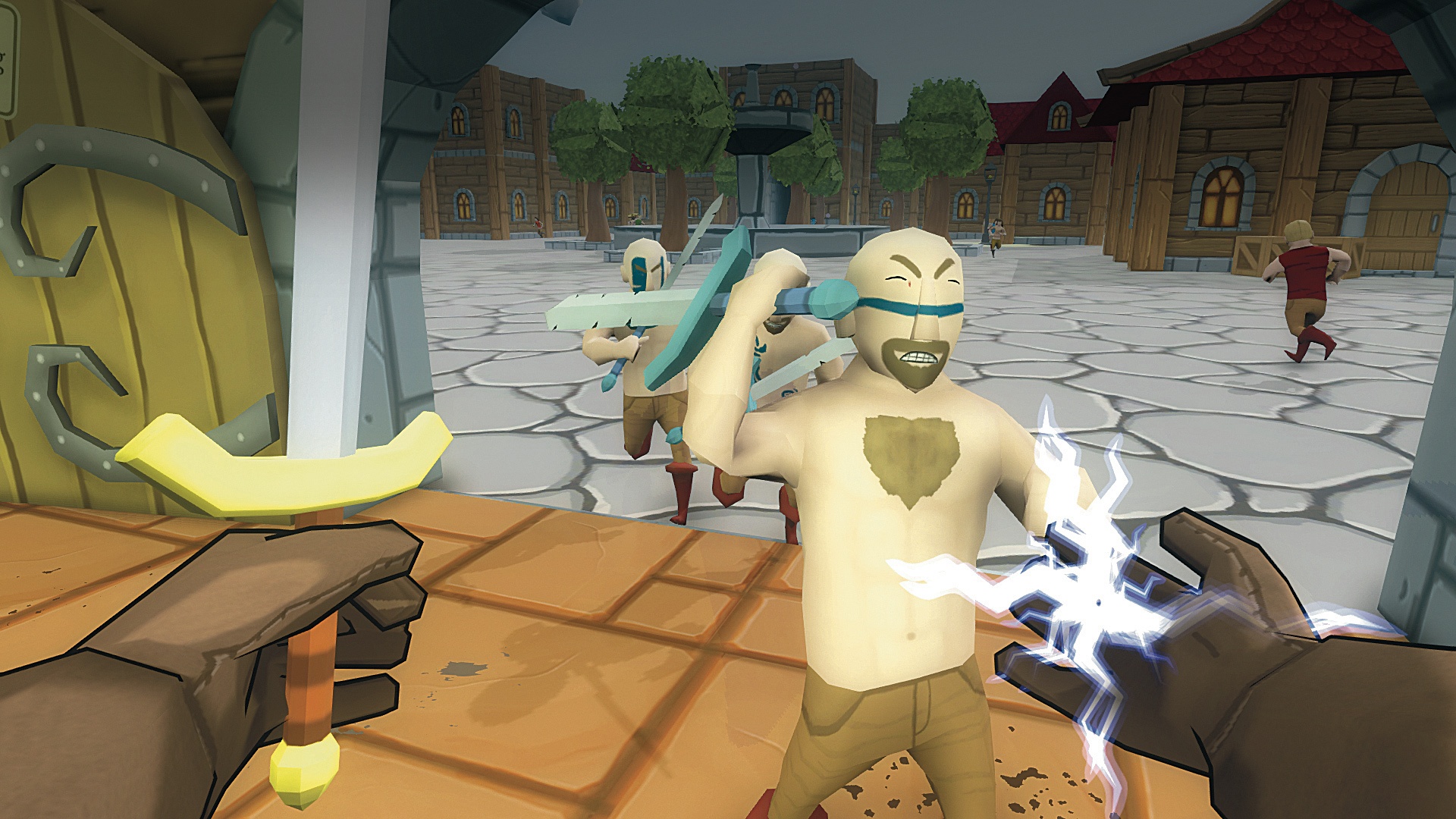 To throw another challenge at you, barbarians can sometimes raid your shop. This is a fun idea for a game like this. However, the combat is so dull and just plain bad that you have to question why the developers even put this into the game. If a mechanic or idea isn’t fun in your game, then you shouldn’t put it in. Sure, I had fun murdering the townspeople when I first started playing but that wasn’t because the combat was great, it was merely because I thought it was funny.

I don’t think I can recommend this game with so many other tycoon games in the market that do it so much better. There’s barely any progression to be made after a few days of playing and after a while you’re just going through the motions. It’s not a terrible game, it’s just not good.