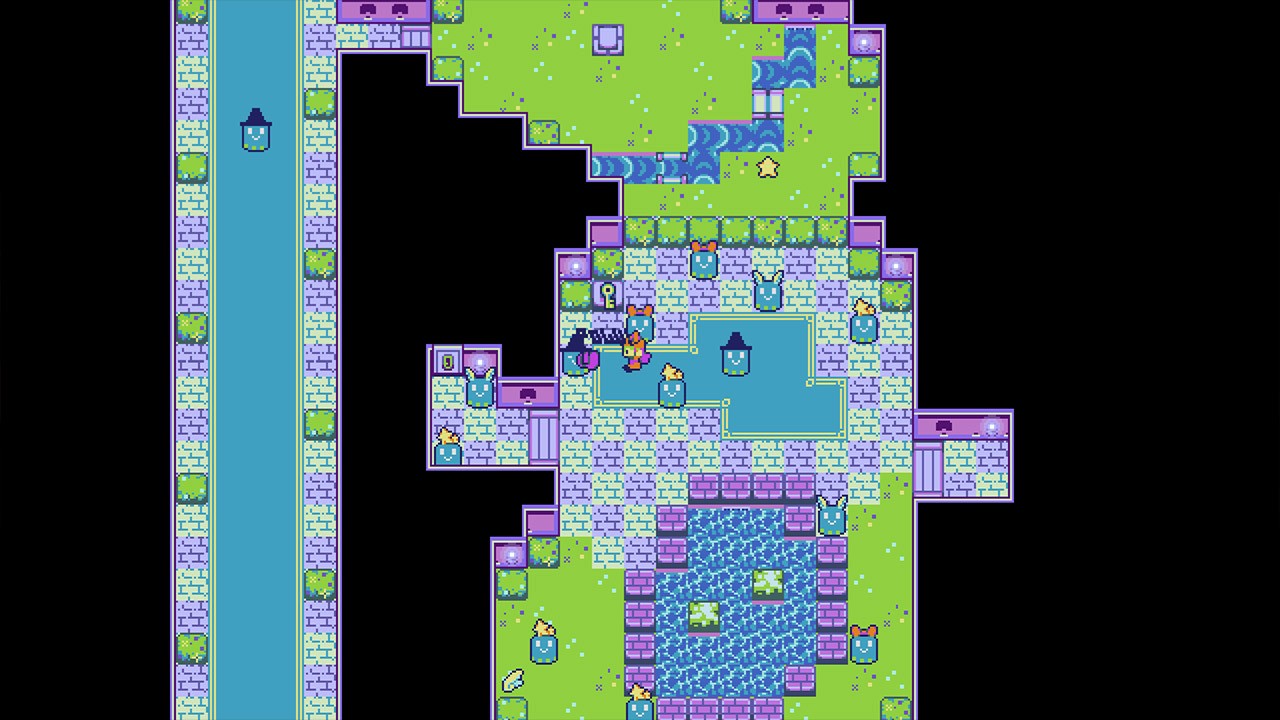 It’s a day to remember. You are recognised for all your efforts and voted the winner of a competition. What’s more incredible, you are the first from your species to receive this honour. You accept your invite to the prestigious ball and get dressed up in your smartest attire. A jealous Spluff ruins the occasion by placing a curse on everyone. I know it’s a classic tale which I’m sure we have all lived through. If you haven’t, you can now do so by playing Ultra Hat Dimension by Kitsune Games. Published by Ratalaika Games, this is another indie title to add to their ever-growing arsenal. Originally developed by Eniko, this latest version appears identical. I haven’t tried the original, so if it differs I’m happy to be corrected by its many fans.

The story revolves around our female protagonist, Bea. She’s a fashion designer who has a love of hats. The Spluff Kingdom holds an annual hat design competition. Won only by the Spluff’s since its creation. No non-kingdom inhabitant has entered, let alone won. Bea must be talented as she wins the award at the first attempt. They hold a ball in her honour. This glorious occasion is marred by one person’s jealousy. They place a curse upon the land, and now all the Spluff’s detest one another, and you! Small factions form, and those who wear the same headpiece can pass without issue. But wear no hat, or an opposing faction design, and you’ll be punched unmercifully. Who’d have thought a simple competition would make peaceful beings so aggressive.

The game premise is one of simple tastes. It spans 5 different levels, each containing 15 stages. You must search through the majestic Spluff Palace to find a key for each locked door. Angry Spluff’s are positioned around the map. You must avoid getting too close to them. If you fail, they will punch you back into a space, preventing you from taking the obvious route to your goal. Your aim is to find a path to the key and arrive at the door and leave. Sounds easy, right? Sometimes it is, sometimes it isn’t. What I found was the simplest approach was usually the best solution. Even when you have convinced yourself that it was far too easy to progress. 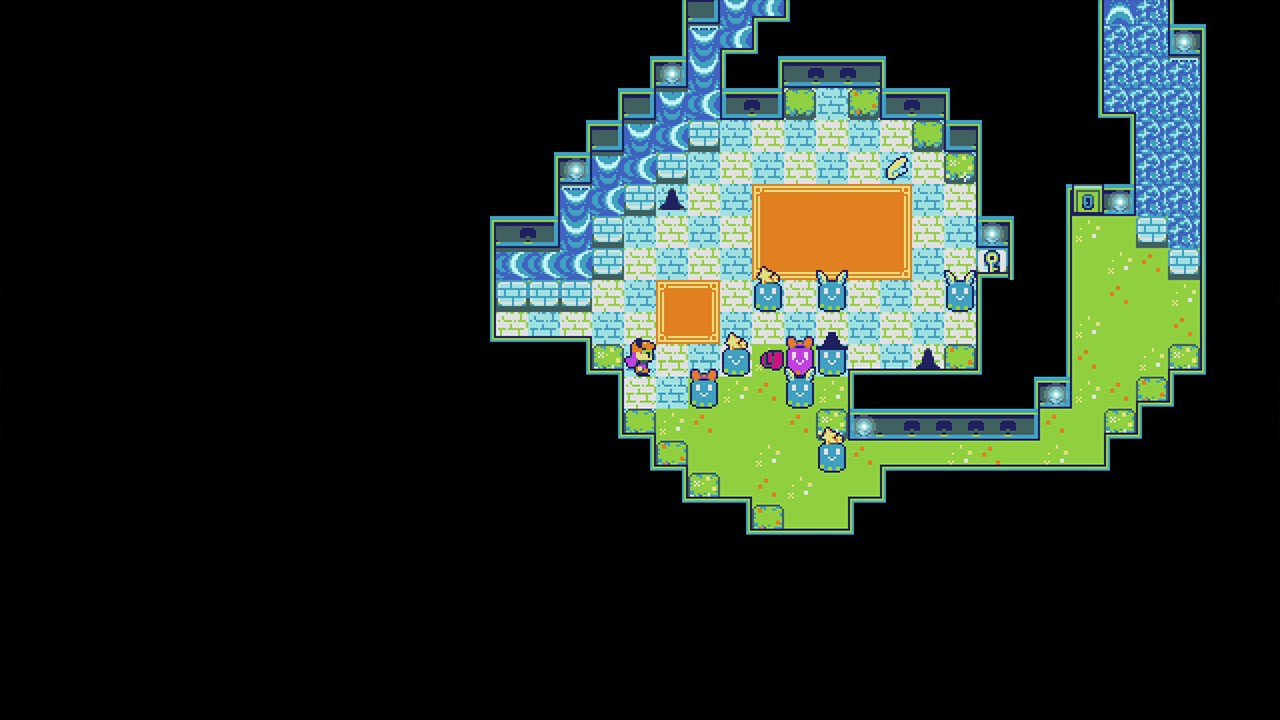 The game starts with a straightforward approach. Fetch the key and leave the stage. As you progress minor tweaks to the gameplay occur. You are first introduced to the game mechanic of being punched. You can’t retaliate, accept your beating and carry on. This new element makes you plan out every move before you attempt to do anything. I talked out aloud, “If I move there, he’ll hit me, if I move there, I’ll get hit!” and so on. The difficulty jumps almost immediately, forcing you into strategic thinking very early on. In the latter stages you are introduced to the Spluff factions. 4 different groups that despise one another, yet are friendly to those who wear the correct hat. The symbols are; a star, a wizard hat, rabbit ears, and bear ears. There were several hats placed around each level. They provide you with the right amount to solve the puzzle. Make sure you don’t waste them, otherwise you must undo your mistake, and rethink your plan.

Now I’ve already mentioned that Bea doesn’t fight back when she’s hit. The angry Spluff’s have no qualms about hitting a woman. What you get to do is manipulate the bullies into attacking each other. Place on your headgear of choice and push the matching Spluff towards another. If you combine the 2, then several outcomes can occur. A stunning effect, they push one another, or they will render themselves obsolete. The impact of combing the adorably evil creatures together can be viewed in your journal. I ignored this and allowed trial and error to help me come up with a solution.

Once you understand the game mechanics, the title isn’t that difficult to complete. The simplest approach was the way forward, even when the problem appeared complex. A few of the stages had me stumped for quite some time. I found that if I stepped back and changed tact, the solution was staring me in the face. I like this from a puzzle title. It has a sense of achievement combined with the “Oh, you idiot!” feeling. This kept me wanting to try one more stage. Before I realised it, I was at the end facing the curse dropping fool who started this hat adventure.

Each of the stages is small, and most of the playing areas are visible at all times. The action plays out from a tabletop perspective. It’s clear to see all the obstacles in your path and the locations of both the key and exit. This helps you to plan ahead, reducing the need to run into any of the puzzles blindly. All the stages look very similar until the 4th world, where the backdrops are then varied. Because of the pixel graphics, I found it hard to differentiate between a clear path and the obstacles. There were also several glitches where obstacles were invisible and would suddenly appear. It didn’t impact the gameplay, it just gave it an unfinished appearance. The developers used a colour palette that reminded me of gaming on the Amiga and Commodore 64. Bright yet limited tones were used, and the detailed sprite designs were cute and had a retro feeling. I have to say, I wasn’t wowed by the presentation. For me, it added nothing else to the genre that hasn’t already been seen in other games. 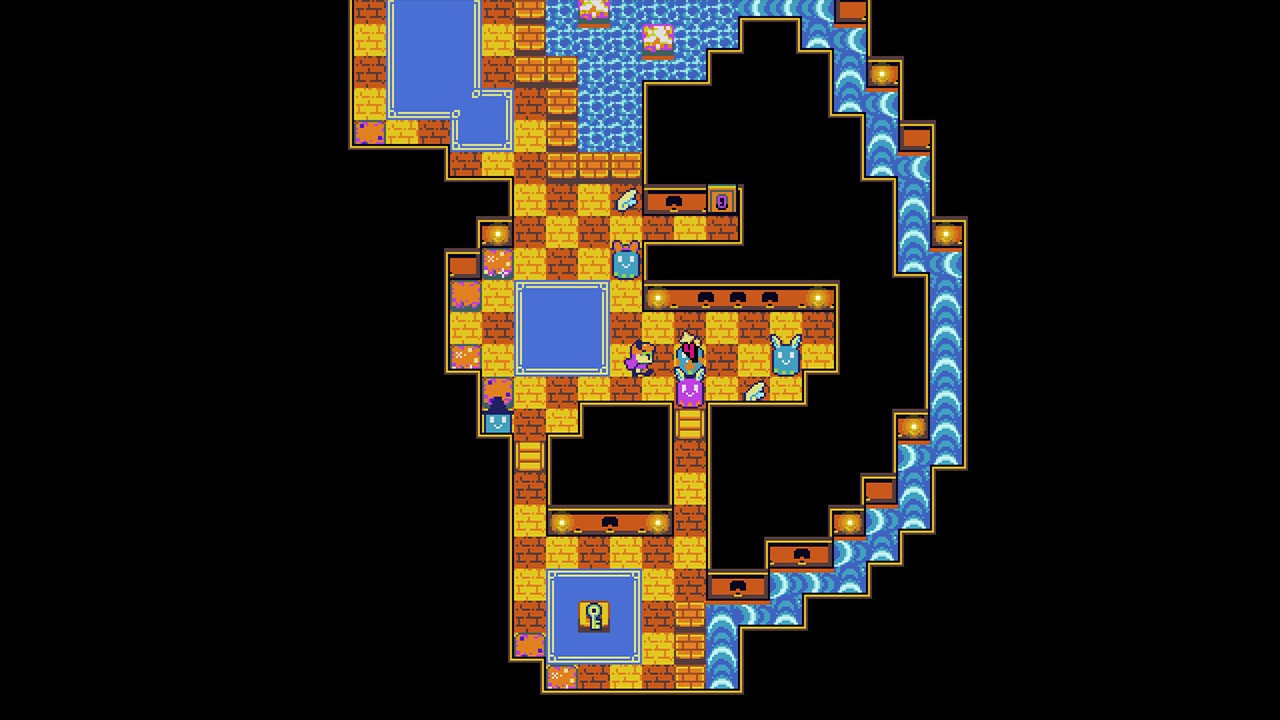 The audio was unique. All the sound effects were created using voice-work. Bea is a polite lady (even when being abused by angry beings.) As she pushes the Spluff’s around, she kindly shouts “Move please!”. When you get punched, (this happens a lot) you hear the abrupt noise “Pow”. After a while this became annoying. Fortunately, it faded away to white noise. Like with the variety of level designs, the music was also limited. For the first 3 worlds, it has a grand regal feel. As the backdrop changes it has an upbeat tempo, giving a more adventurous feel. It was nice that the developers tried something unusual, even if it was basic.

There isn’t much I can say about the control system. Like most retro games, it’s taken a straightforward approach. You complete any movement by using the left analogue stick. You may only move up, down, left and right. This also applies when controlling the Spluffs. The controls aren’t too sensitive, so you need not worry about moving in error. If you make a mistake, you can use several undo’s, or you can reset the stage all together. This takes the pressure off. And I felt free to experiment with several solutions to each puzzle.

You get a lot of levels for your money, even if it feels repetitive. It lacks a clear difficulty curve, and it felt odd that the latter stages were much easier. There is no NG+ mode, and you earn all achievements through natural progression. This impacts the replay factor. Once you have completed everything, there is little reason to return. It was fun while it lasted, but I’m not inspired to try to battle my hat cursing arch-nemesis again.

This is all about hats; hat curses, hat factions, and hat competitions. You’ll tire of the word and sight of them by the time you complete the final stage. This is a fun, yet repetitive retro puzzle game that doesn’t take itself too seriously. Would I recommend it? Yes, and no. For the cost, you get around 4 hours of puzzle mayhem, which represents good value for money. You can play it casually, and it can be picked up and put down between gaming sessions. However, if you want in-depth gameplay, with a variety of level design and audio, then this won’t be the game for you. Who’d have thought it? The first non-Spluff to win the coveted prize causing so many problems.

Work through the levels and meet your arch-nemesis in this hat inspired puzzle adventure.