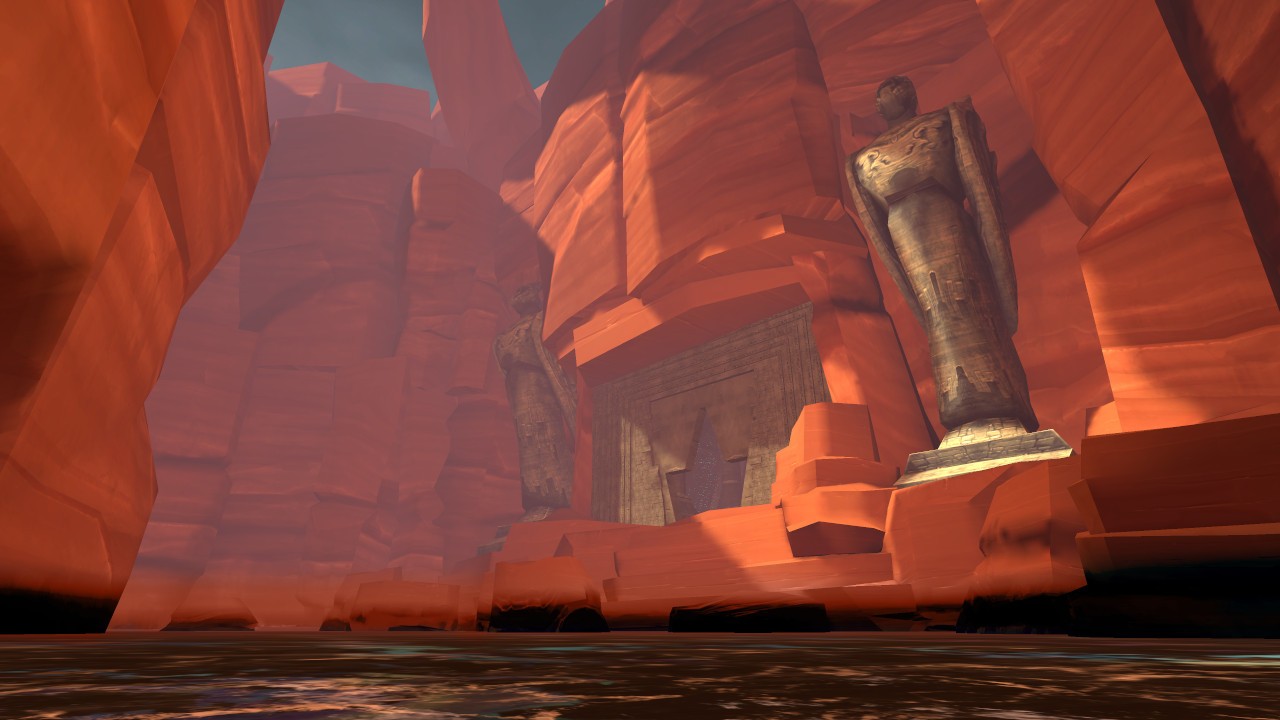 The award-winning VR experience, Eclipse: Edge of Light, has landed on Nintendo Switch. This first-person sci-fi game is produced by White Elk Studios. A development team that consists of former God of War developers, amongst other notable links into the video game industry. In a nutshell, there’s a collaboration of great minds that have fused this project together.

Eclipse: Edge of Light begins with the player finding themselves on an extraterrestrial world. Within a minute of exploring, a mysterious artefact is discovered, clutched in the hand of a previous explorer. They’re holding a sphere that is used for you to interact with the environment and serves as a centrepiece to the story that’s set out before you.

After collecting this alien object, you’ll use it to remove an obstruction, the fallen spacecraft you’ve arrived on. A single throw of the ball and the journey opens up from that point. The animation during this sequence did look a bit rough, however, that doesn’t offer a fair representation of what lies ahead.

The game is a linear affair, where a story is told through interacting with the environment. There are signs, statues, and other markers that give an insight into what happened on this planet and the civilization that inhabited it. Not only that but also the reason why you happened to be stranded here. You’ll also stumble upon visions of the past to witness actions and scenes play out before your eyes.  I was surprised to find how gripping this mixture became. The premise itself isn’t taxing in terms of learning, yet you feel a constant drive to uncover more 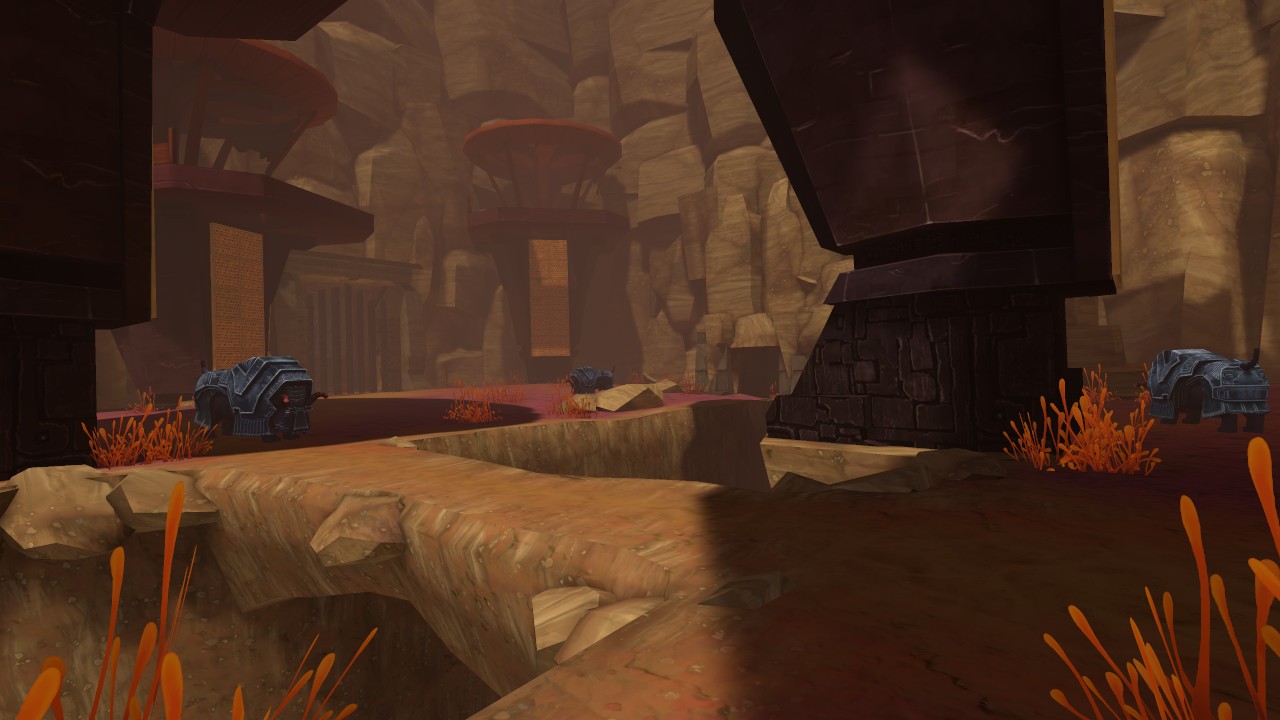 Graphically speaking, owners of Nintendo’s handheld hybrid machine are treated to enhanced graphics than the previously related VR counterparts. There’s a merge of simplistic and immersive level design. There’s no doubt the Switch can handle what’s on screen, throughout the entire play-through I’d only found two dips in frame-rate that were attributed to preparing for a larger spectacle. Whether docked or not, this is a smooth-flowing experience.

Back to the world itself, I did coin the phrase ‘simplistic’. By this, I am referring to the use of assets, tones & colours. That’s not a criticism, as it is a design choice that helps emphasise the more meaningful set pieces that unfold. This really shines through with the impressive lighting effects demonstrated between areas. Without giving any spoilers, do not let the presentation fool you into believing those visuals are all you’ll soak in. There are a number of moments that are awe-inspiring, even without the need for having a VR headset on.

The presentation is combined with a soothing & sometimes foreboding soundtrack that prods your inclination to take another step forward. Eclipse: Edge of Light is deceptively engrossing by creating an atmosphere that gradually builds the further you delve into it. Usually these days we’re conditioned in games to be motivated by collectibles, unlockable and scores. Here, in this world, progressing in and of itself is satisfying.

Gameplay-wise we do see a couple of cracks. The controls are well adapted to the Nintendo Switch, allowing additional movement to suit a translation for consoles from VR. Every function assignment on the buttons feels intuitive, responsive & easy to pick back up and resume between sittings. The cracks start to unfold when we approach puzzles.

That’s right puzzles, well-designed puzzles to. So where are the cracks? Well, as we progress in Eclipse: Edge of Light, there are tools for examining using the same button. One in particular opens up a frame that gives a clue on how to proceed. I found this not to be helpful and in a couple of instances, come up with a bug where it wouldn’t fade until required again. To prompt this hint tab also seems awkward in a couple areas where figuring the puzzle itself becomes easier than finding the hint. 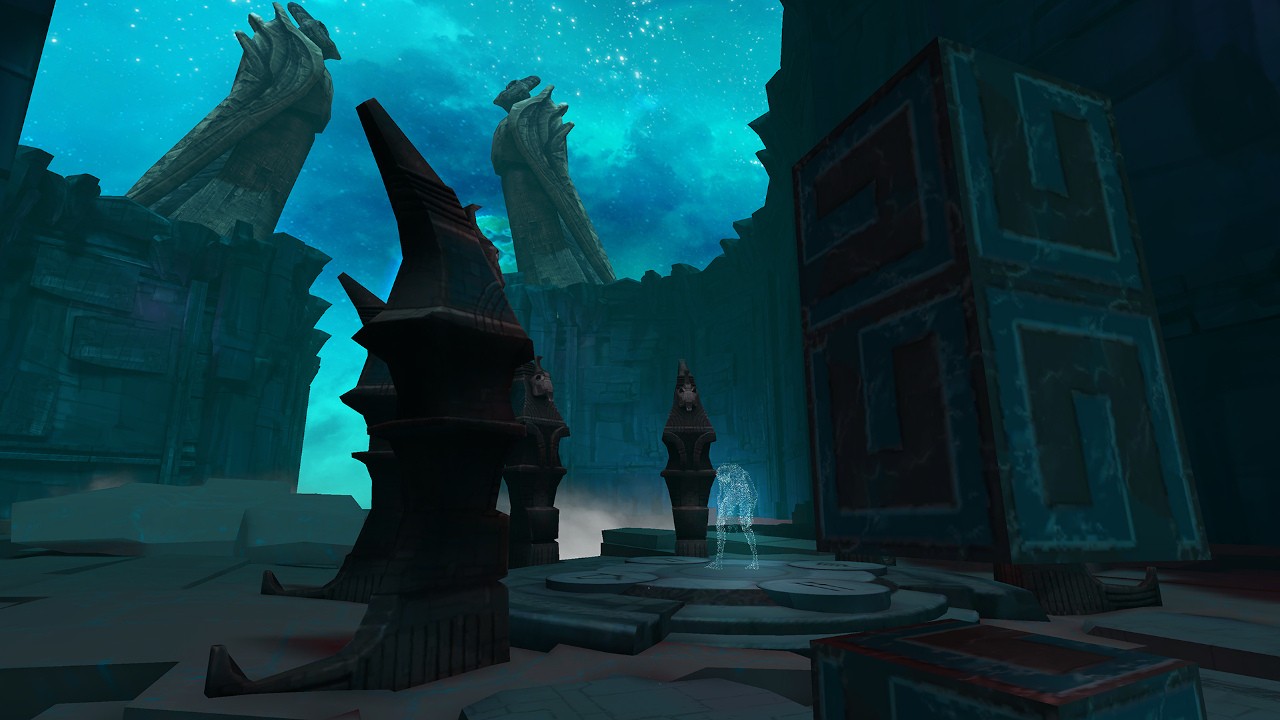 Some puzzle pieces can be moved into position, but the player is unable to move along with the object for setting down. It makes certain parts a bit tedious, as you have to pick up and drop at multiple intervals just to get another perspective. This feels like a limitation understandable for VR, perhaps a missed opportunity for another improvement onto consoles.

Along my travels, there wasn’t much reward for going off the beaten path. Certain spots appeared to offer an additional nugget of information and found myself empty-handed. Armed with a jet pack for short bursts of flight, that is disappointing to have hard to reach spots not baring any importance. Arguably, this can be seen as a positive for creating levels that spark your intrigue, either way, you soon become conditioned to continue a good portion of the game with tunnel vision.

From start to completion, this should take around three hours. Four acts in total, that can be replayed once they’re individually finished. Unfortunately, that encompasses the entirety of the game. There are no reasons why you should replay, all that’s left is to retrace your steps. Is it a tale that consists of memorable moments? Yes. Will you feel the urge to replay it all again in the near future? Probably not.

To summarise, Eclipse: Edge of Light needs to be viewed as an experience rather than a game. That notion to be taken as a positive. It is consistently good throughout and only suffered a few minor and forgivable hiccups along the way. Nothing spoilt what White Elk Studios set out to accomplish, nor did it pull you away from this curious world and its plot. Once it’s all said and done, you’ll feel that you’ve had your fill, but find yourself questioning when the next satisfying course is going to come next.

Eclipse: Edge of Light needs to be viewed as an experience rather than a game. That notion to be taken as a positive.