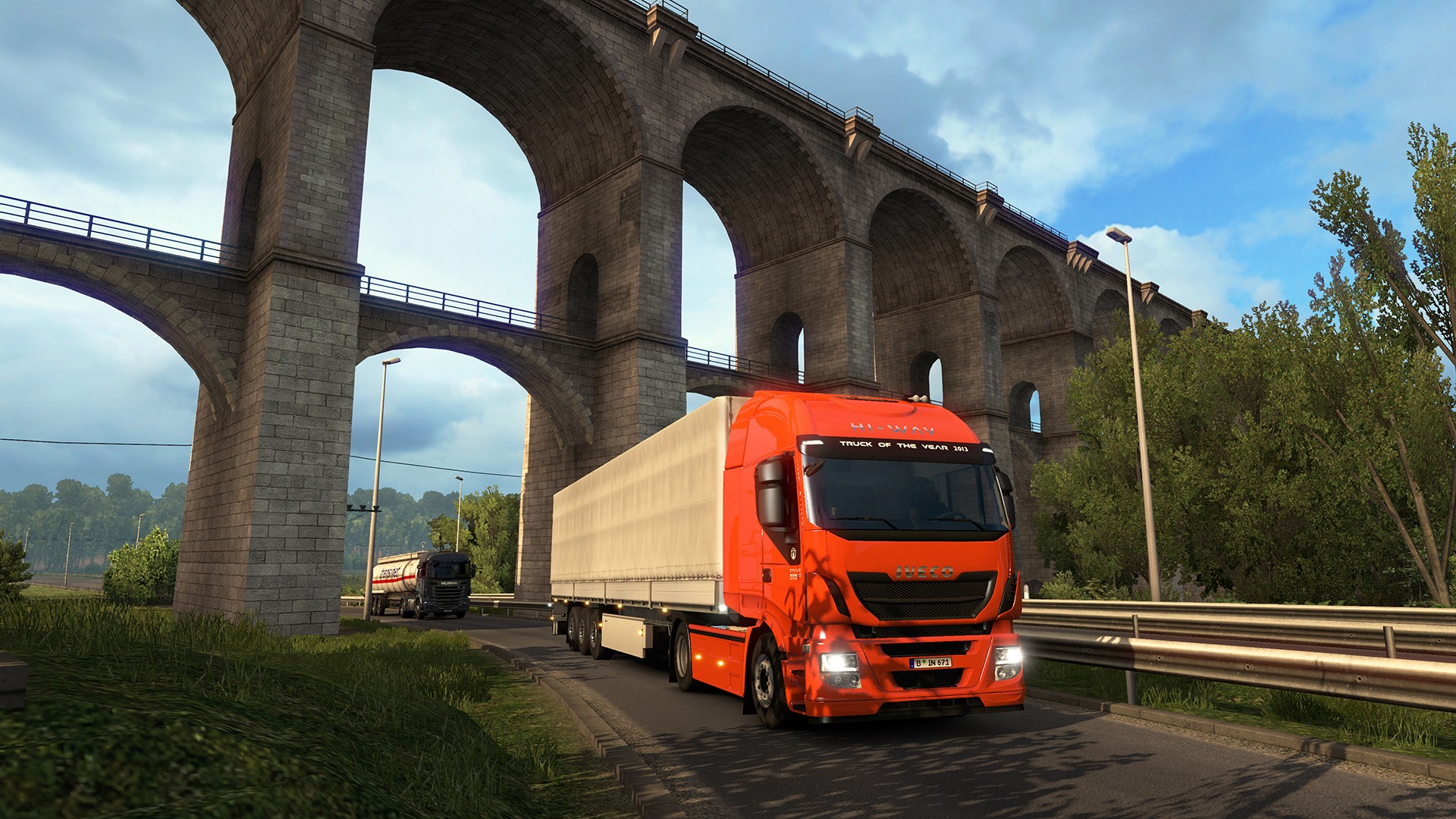 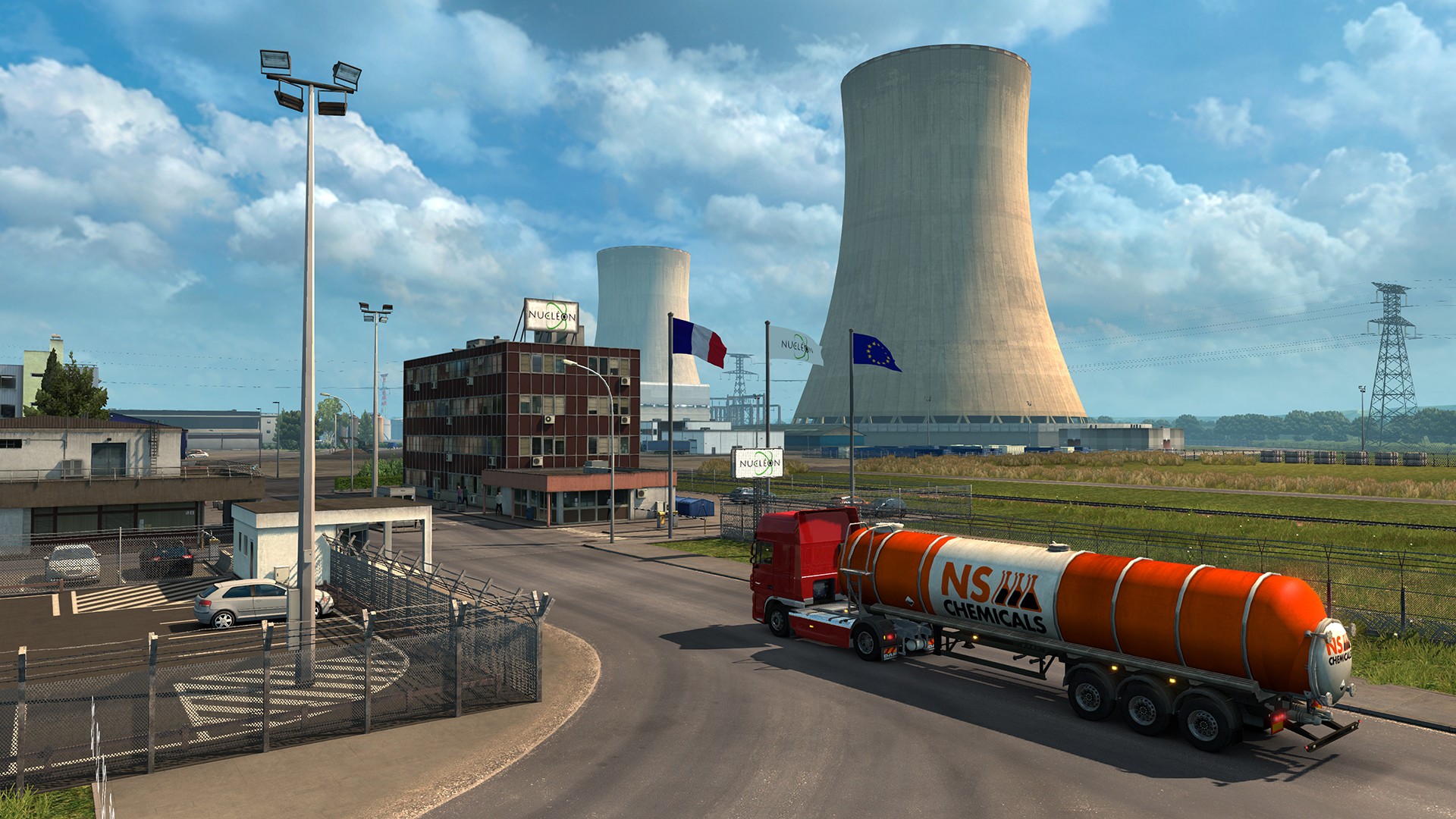 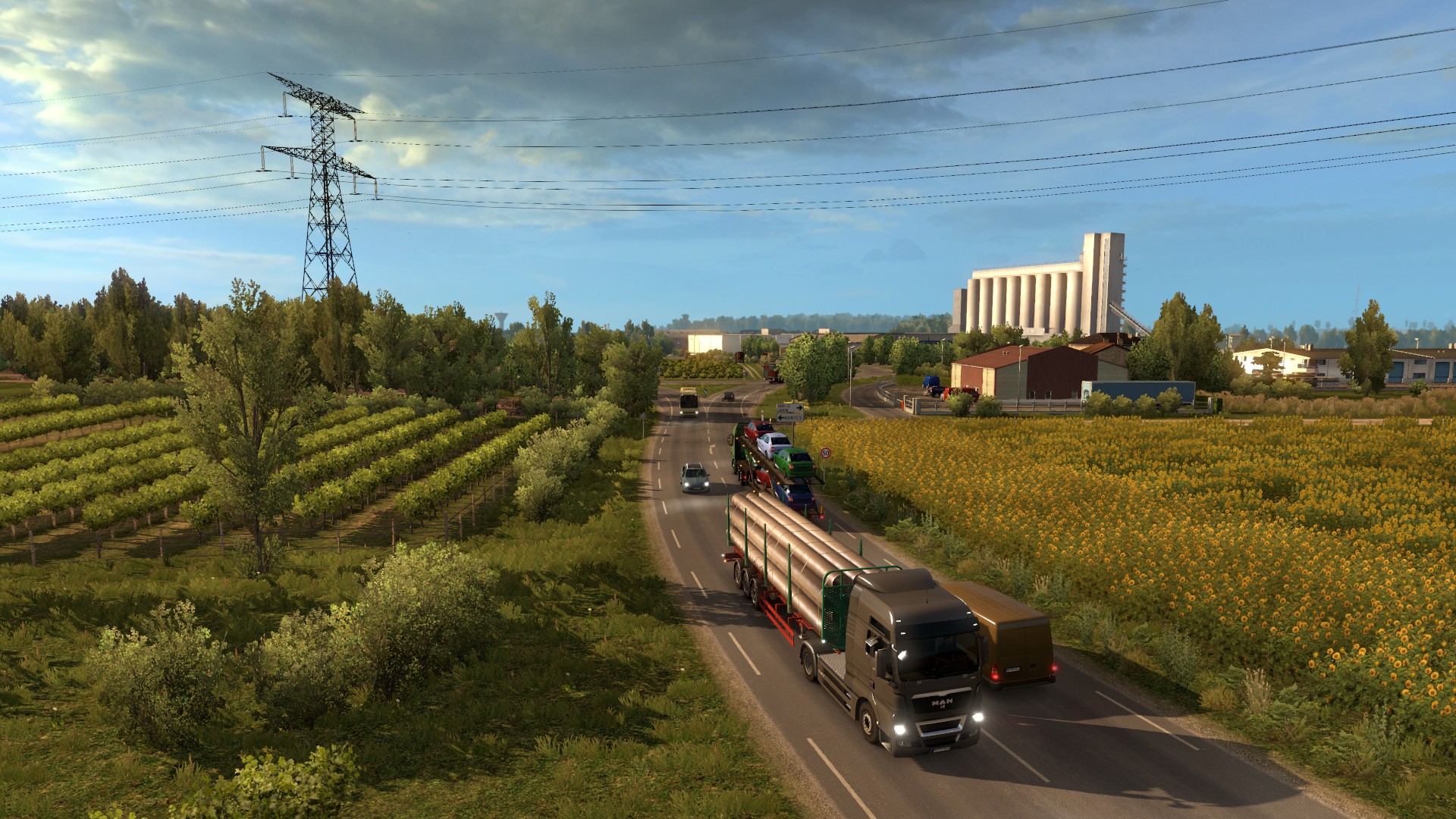 The DLC known as “Vive la France!” makes it possible for you to visit France! Drive through France like never before as you the enjoy the relaxing and beautiful scenery. When I first explored the French roads, I really didn’t expect much. But the more I got into it, the more I really enjoyed it. Anything from the wonderful green vegetation to the well-made architecture will really keep you engaged with the environment. All this and more you will be able to enjoy as you transport your cargo to the different companies in France. The fact that you can visit France really adds something extra to Euro Truck Simulator 2! Being able to drive and visit the 21 new cities this DLC offers is absolutely brilliant! That and a lot more can experience in the “Vive la France!” DLC!

For you completionists out there, the “Vive la France!” DLC also has achievements that will be unlockable by doing certain activities in France. The achievements can be anything from completing a certain amount of cargo deliveries for the nuclear plants and visiting all the cities in France. There is also a new tollgate system in which you can interact with! There are plenty of things to do in France!

At the end of the day, the “Vive la France!” DLC is a superb way to take a breather and just enjoy yourself. You don’t have to be on any missions or anything in order to enjoy France! Why not just cruise around in your own truck? I would suggest picking up “Vive la France!” if you enjoy nice sceneries! It is rather hard to beat the experience that the roads of France can give to you!

In the end, the “Vive la France” DLC really makes the experience special. All the scenery, colours and atmosphere really makes it worthwhile.