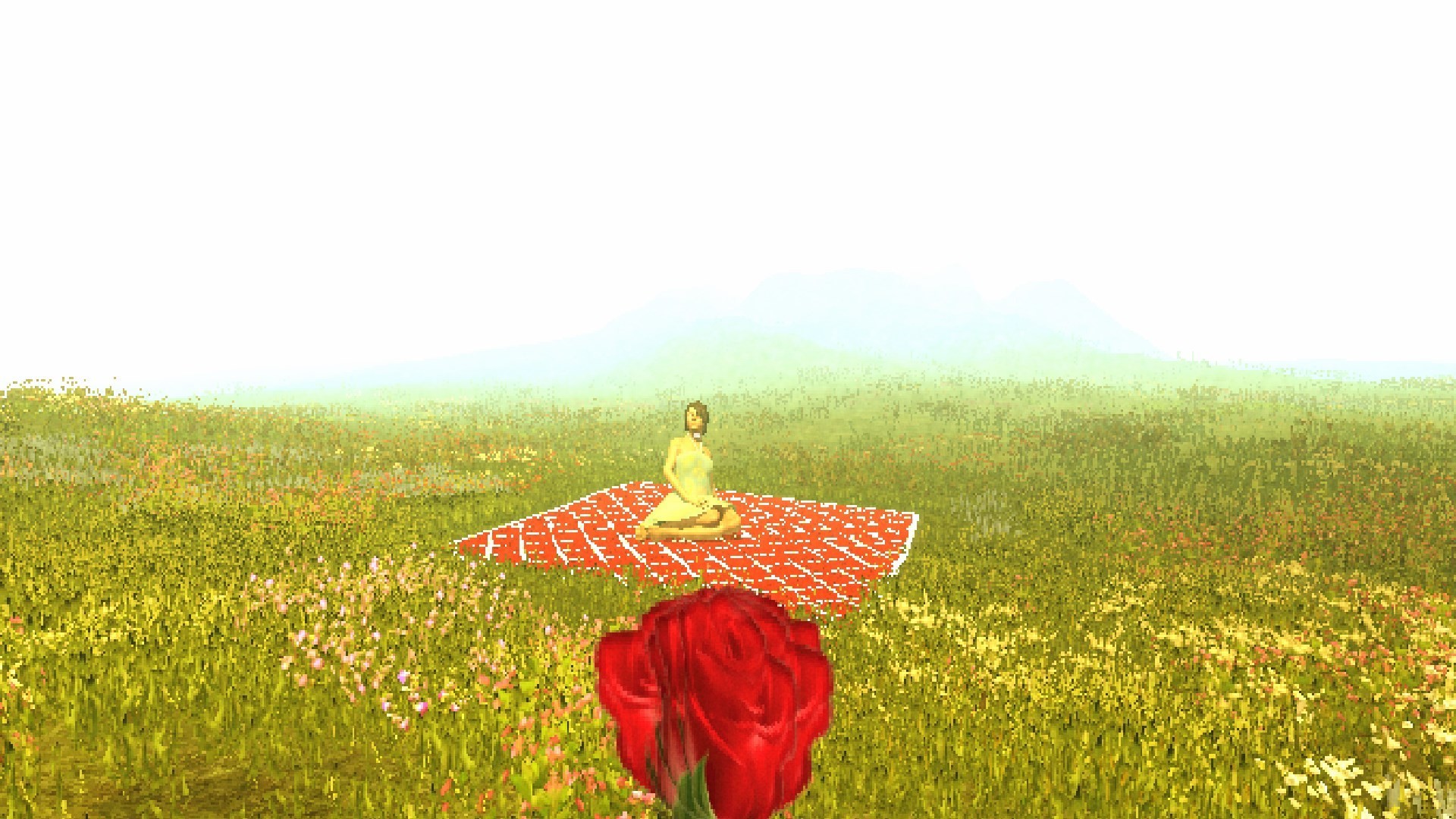 Before you start to play Golden Light, you will have to select a difficulty of your liking! The difficulty of the game will affect your save points. For an example, if you were to play on the easiest difficulty, then your game would be saved on each floor and progress could be made quite easily! But in the higher difficulties, the progress would only be saved once you have beaten a boss. This challenges the player to play it safer and think about the actions! With that being said, let us talk about the story! 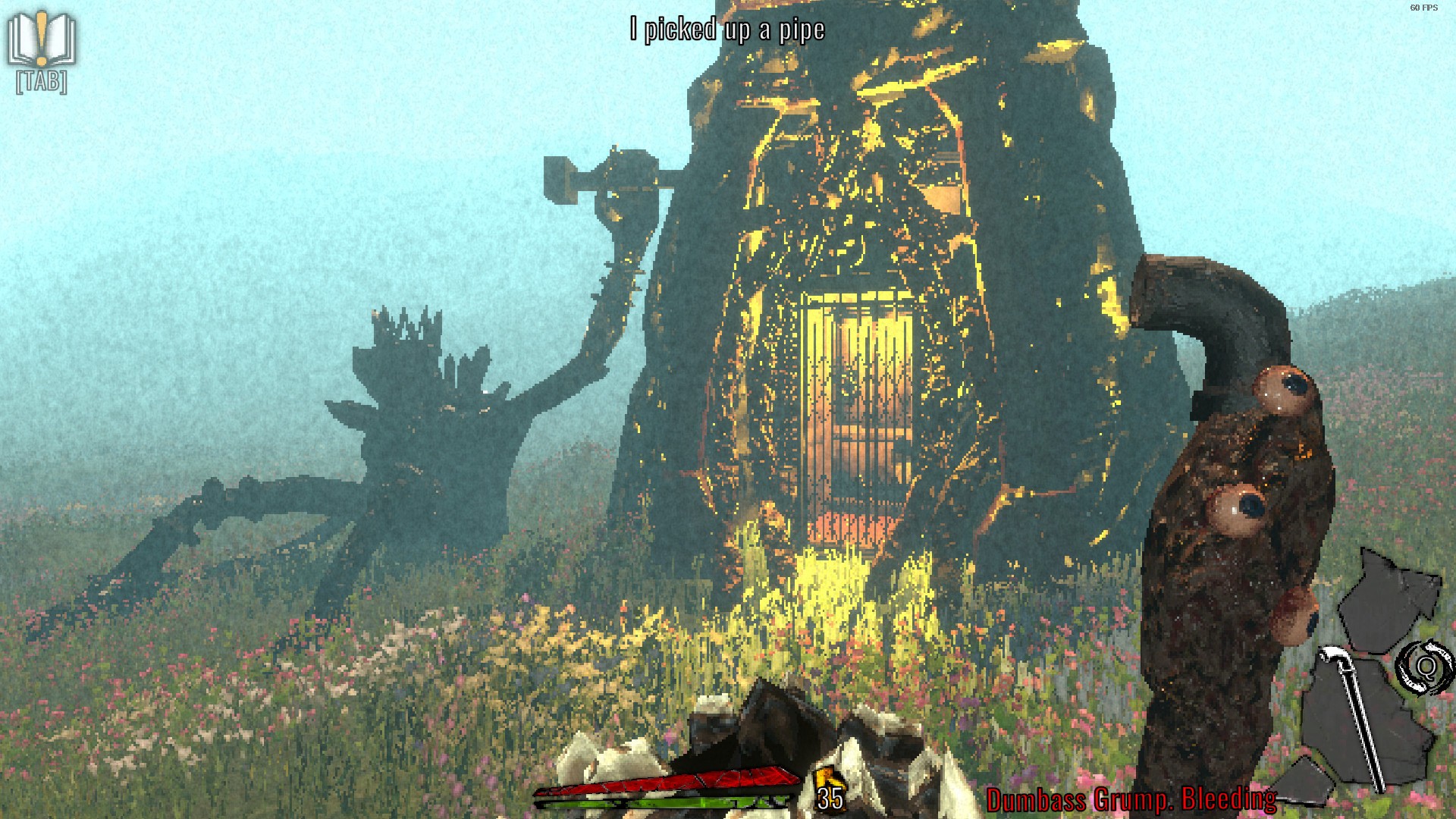 When you play the first sequence of the game, you really wouldn’t expect much. You are out on a picnic with your loved one and you will slowly take into account that something doesn’t seem right. You will soon descend deeper and deeper down to an area known as the Meat Zone. It is there where monsters from your nightmares disguise themselves as everyday objects and when you least expect it, you will find yourself in a very unsettling situation. When you first enter the Meat Zone, you will find items that you will be able to pick up. At the start, you should be able to find a fire axe that will give you an easier time. For being a fire axe, the range is surprisingly good! You will also be able to find consumables around the area. The consumables can be things such as fish head! All the consumables do have really interesting effects, and it surprises you quite a bit when you eat them. When I ate a fish head, I healed a sliver of my health! And when I ate something else, I gained a status effect which wouldn’t allow me to attack. If you look around for a bit, you’ll find notes that will grant you information about certain game mechanics or some of the lore behind the Meat Zone. If you ever feel lost, put in mind that you can pull out your map whenever! Since the map is held in your hand, it will give you an easier time to navigate around the floor.

As I progressed through the area, I felt more and more immersed. I kept wanting to explore the bizarre hallways of the Meat Zone since I didn’t know what to expect! Because of some areas being more narrow than others, you would have to squeeze through in order to proceed. But be careful! You will never know when the monsters will attack you, unless you listen carefully. If you listen carefully, you will be able to spot things that don’t belong there. If you do, give it a whack with your weapon! It will reveal their true form if you attack a monster disguised as an object. What really makes the experience so deep is the soundtrack. The low tunes combined with the bizarre atmosphere of Golden Light makes you feel oddly relaxed, but yet you got to stay on your toes in order to avoid any danger as quickly as possible. 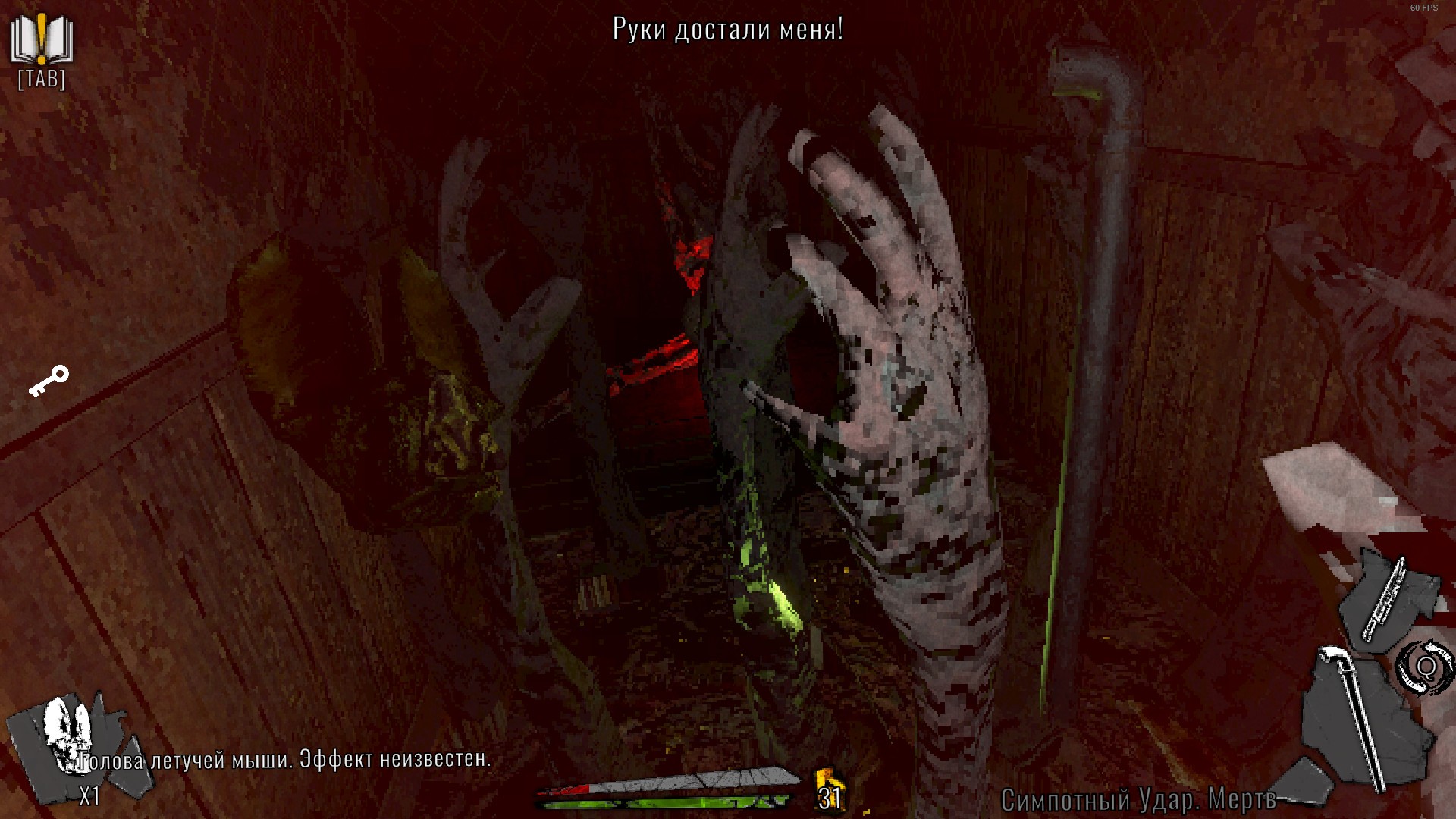 What really makes Golden Light challenging is the higher difficulties! More unforgiving checkpoints, which will lead to a more brutal experience. What also makes it difficult in the majority of all the difficulties is the fact that your weapons will break after a while. Since you’ve been whacking monsters and suspicious looking things with your fire axe, it may or may not break depending on how much you have been using it. What also makes Golden Light a joy to play for horror fans is the fact that the game looks like a game from the era between PS1 and PS2! The classic atmosphere makes it even more unsettling!

Let us tie the rope together, Golden Light is a really bizarre experience, but if you are a fan of horror games, then it is a must have! I would not recommend Golden Light for those who get camera sick easily since the head bobbing is quite intense. But if that doesn’t bother you, then I don’t see why you would not pick up Golden Light!

In the end, Golden Light is certainly an interesting horror experience. The weird and eerie atmosphere is a reason in itself to come back for more!