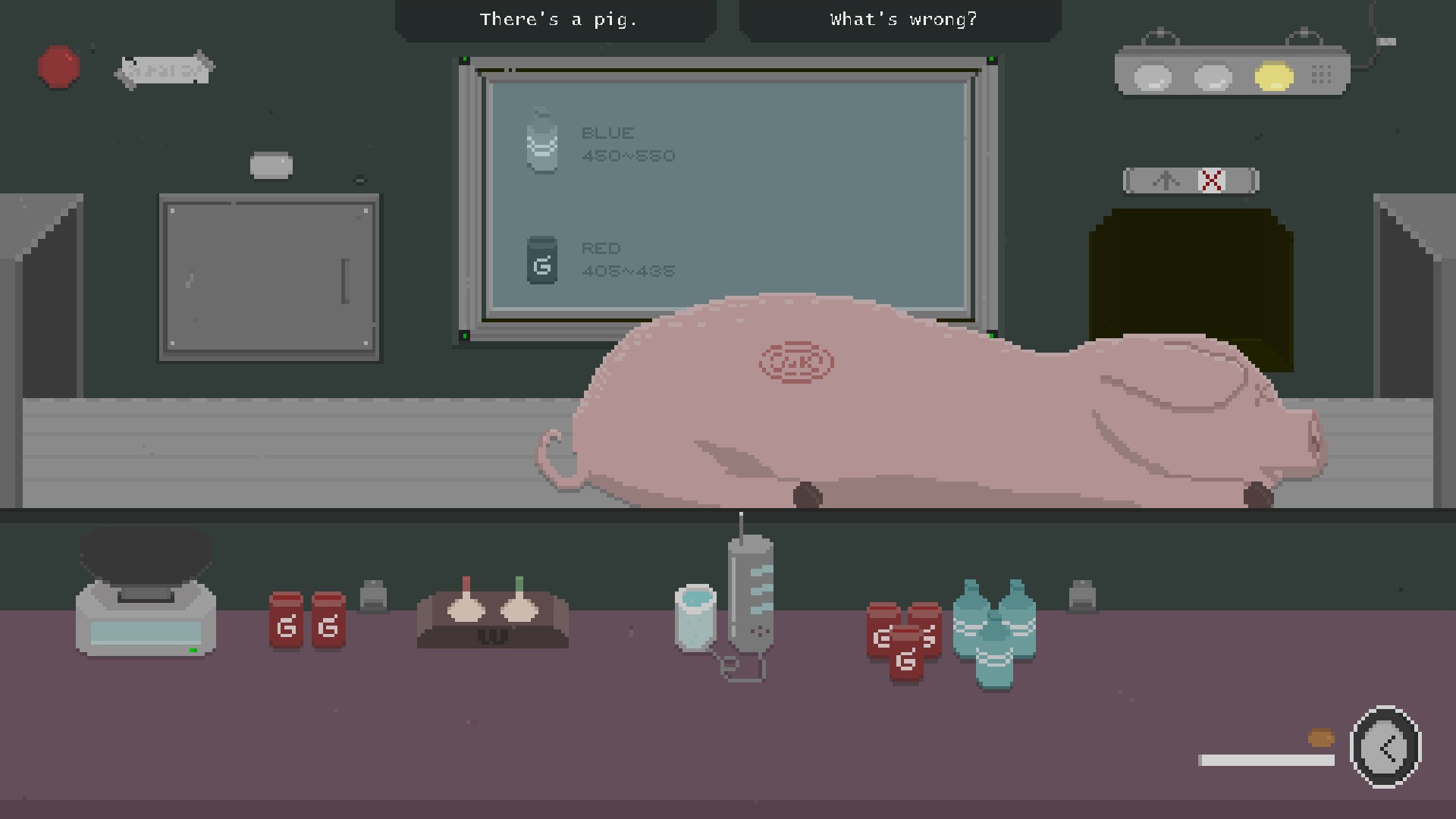 Every now and then, there comes a game seemingly out of nowhere that surpasses all my expectations. This time, that game is Booth: A Dystopian Adventure. If you’ve played games such as Papers, Please, Death and Taxes, or Not For Broadcast, then you should know what to expect from this game, given that it follows the same core idea. There’s a highly repetitive gameplay loop with an ever-increasing amount of mechanics being added to it, but on top of that, there’s an extraordinary world and a story to be experienced.

Booth takes place in 2036 in Iden, a fictional nation where a “Great Famine” has led to drastic changes that resulted in a society heavily shaped by its strict food consumption regulations and governmental oversight. The lives of the people in Iden are extraordinarily difficult since they rely on the government for food rations and, for the most part, food is of tremendous low quality unless you’re a government employee. Although I’d say that the visual presentation of Booth is one of its weakest points, it’s still worth noting that it does a pretty good job in portraying the bleak atmosphere and setting of Iden, which is extremely reminiscent of pieces such as the likes of Orwell’s 1984 and Papers, Please. 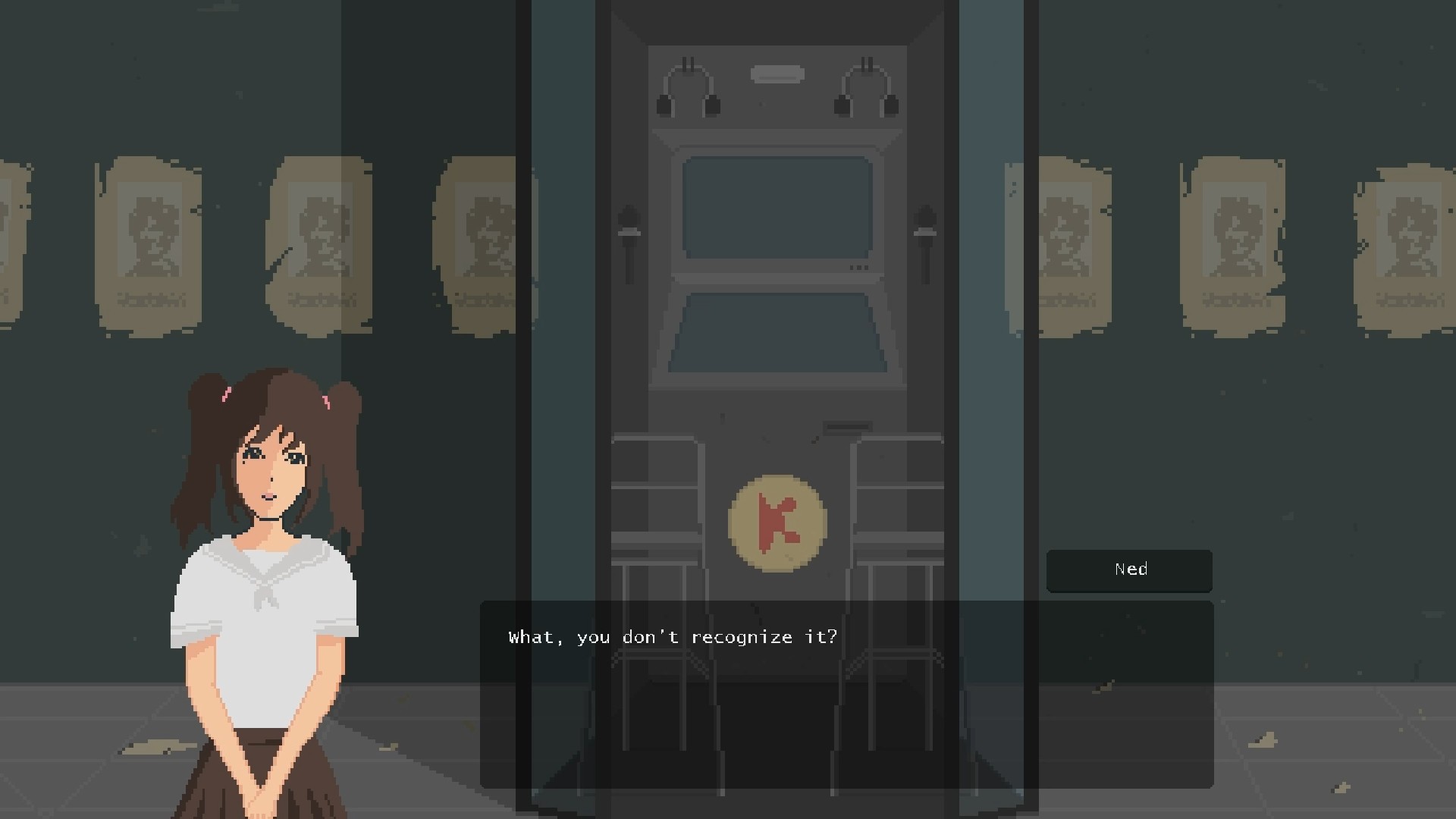 The player plays as Ned Crawford, a food inspector for the government of Iden, with the sole task of inspecting numerous types of food that arrive at your inspection booth, for the sake of public health and safety. Food arrives at your isolated skyline booth through a conveyor belt and you have to examine it to see if it matches the standards set by the government. This type of work will start with small and simple tasks, such as checking the weight of each food item or performing some kind of chemical exam that provides a colour coded response, but throughout the game, you will be introduced to new mechanics and tools that will gradually make your job a lot more difficult, such as looking for germs in food.

This might sound easy enough, especially once you reach a point where everything has become a reflex and you’re doing things without really thinking about it, but the trick is that food that doesn’t meet the government criteria must be disposed of via a recycling chute, while items that shouldn’t be on the conveyor belt need to be reported to your superior. Failure to abide by these rules, or delayed items, will deduct from your salary at the end of each shift, as well as your overall employee rating.

The money comes into play in different instances in the game, but there are two which happen quite frequently. First and foremost, after each shift, you will lose some health, so you can either eat something to recover or you can also read a book if you have any, but sleeping also recovers a small amount of health. However, food must be ordered before work so that it arrives just in time for you to eat after you’re done with your shift, because by the time you’re done working the restaurants are already closed. With that said, I ordered every day not because I needed the food, but because I enjoyed the chat with whoever came to deliver the food to my door. It was a nice change of pace after a long shift. Every now and then a fellow government officer will also come by your booth and allow you to peruse a catalogue of items that are currently on offer. These items can be for decorative purposes of your booth or just consumable items such as rare foods, books or music tapes for you to listen to while working. 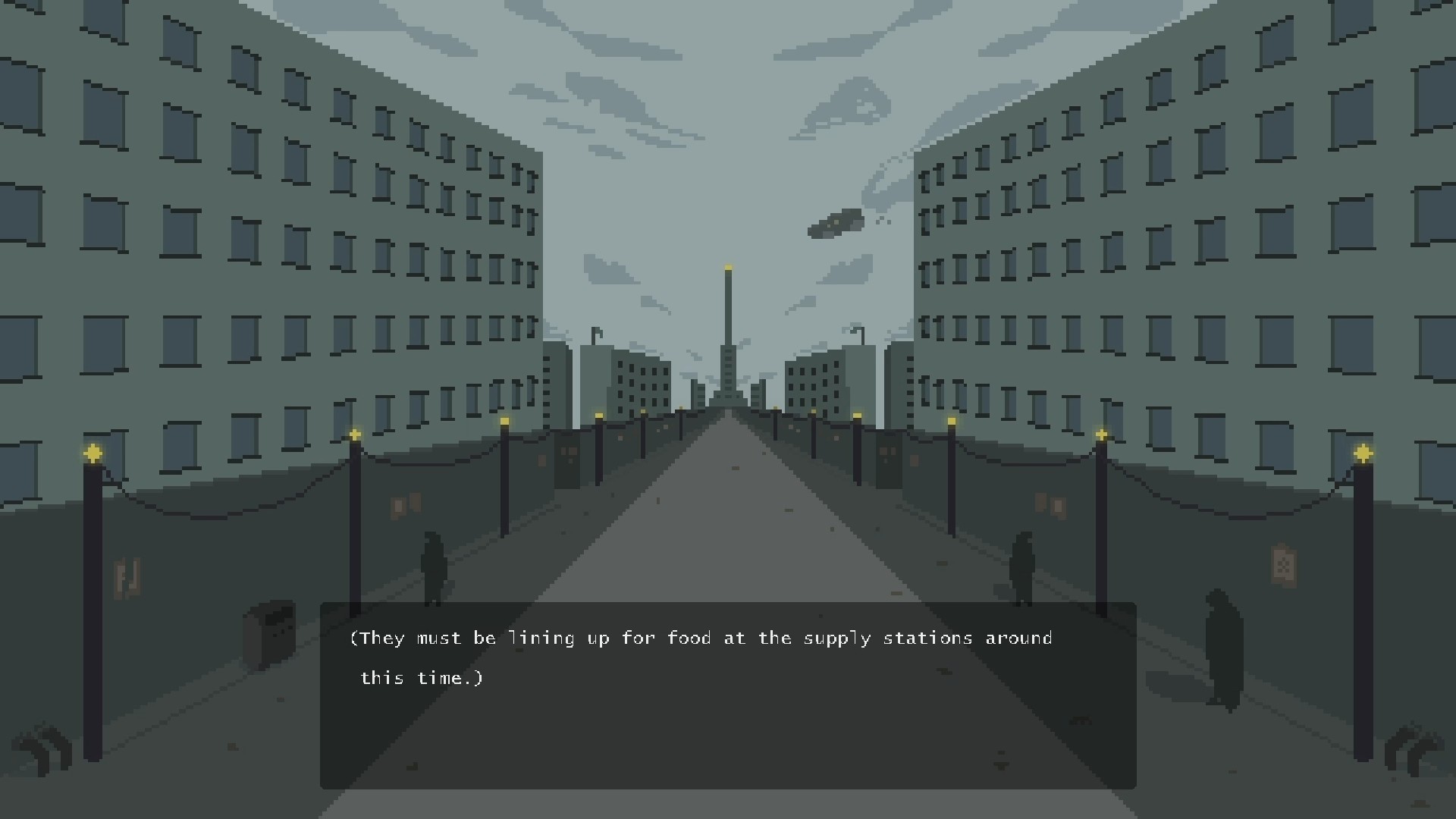 These intermittent chats with other people are one of the biggest highlights of Booth. These are not necessarily lengthy or provide you with much to think about, but they break the repetition of the daily work life as a food inspector. Furthermore, at the end of each day of work, you must also sleep to advance to the next day, and during this process, you’ll also make a journal entry where Ned describes his feelings and what his mind is going through. Besides that, you can also consult on clues that you gather about what is going on in the world and the characters that you’ve met thus far.

It took me about 9 hours to complete the game on my first playthrough, but I’m planning on revisiting it eventually, so that I can explore other dialogue options and see how much the endings can differ from one another. During this time, I found that whenever I was feeling tired of the repetitive nature of my daily work routine, the game would introduce a new mechanic or something unexpected would happen. There are multiple story paths that you can take, and even the smallest decisions or dialogue choices might change the course of history down the line in unexpected ways. Booth: A Dystopian Adventure has been undoubtedly a huge surprise and I fear that it will go under a lot of people’s radars. This is one of those cases where you’ll either love or hate the gameplay loop, but the dystopic world where the game takes place, its characters and the entire plot which might not be what it initially seems to be, are definitely the highlight of the show. If you love games such as Paper, please, I highly recommend you pick this one up.

Booth: A Dystopian Adventure has been undoubtedly a huge surprise and I fear that this will go under a lot of people’s radars.