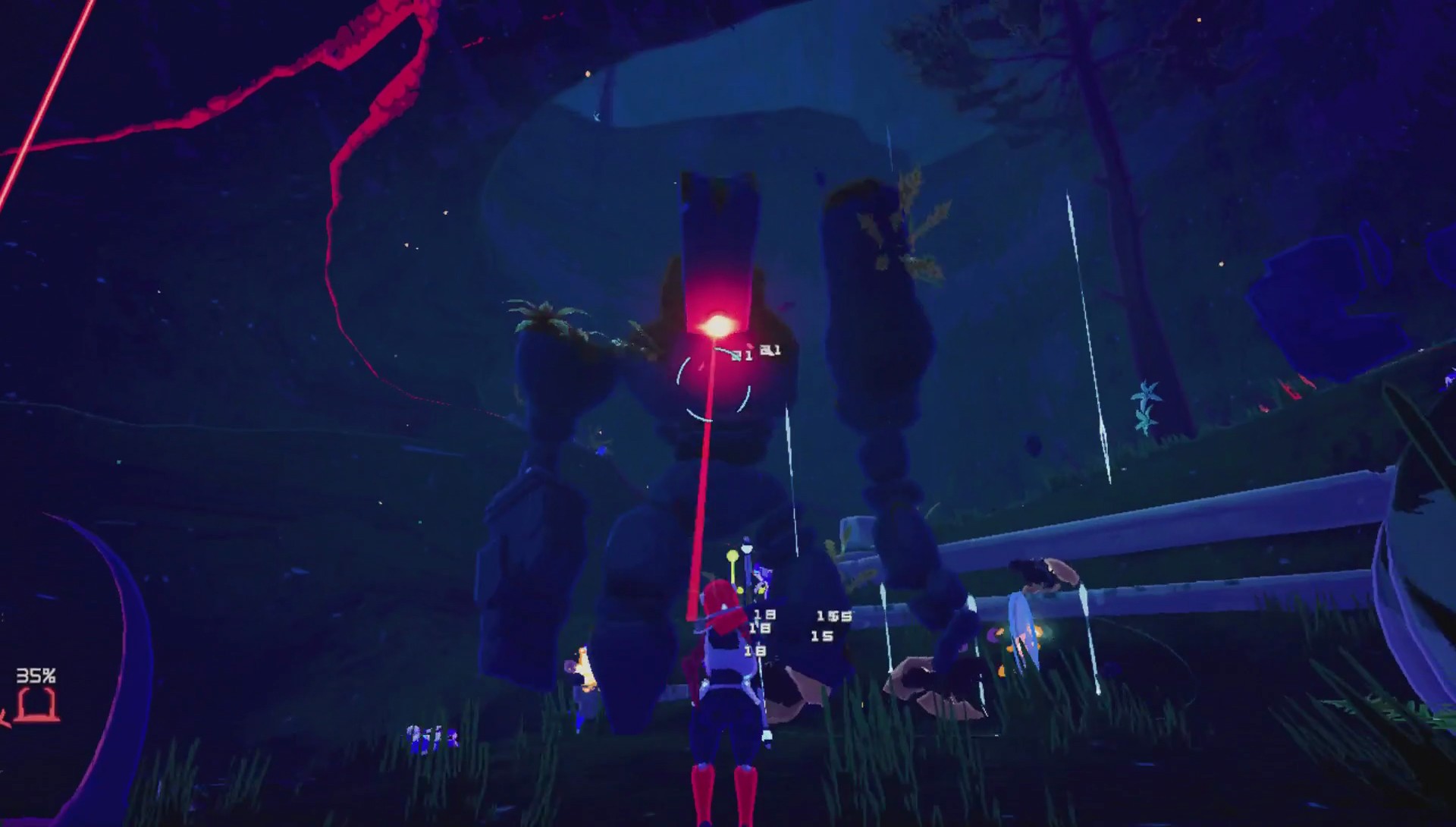 Sometimes, I genuinely enjoy being a video game reviewer in my free time. I have to underline and overstate “in my free time” because I hated doing it full time. There was a period of my life where I was part of the video game industry, and I grew to hate it because of the deadlines, the pressure, the terrible pay, the long hours and having to do a lot of games and game-related activities that were, inherently, undesirable. As a result, I’m on the outside, looking in, and I have a bit of perspective that allows me to be lenient with some aspects because, well, making a game is hard. That doesn’t magically forgive a bad release or a bad port, but I might be a bit more relaxed than some reviewers because of insight that goes beyond reading testimonials or watching videos about the inner workings of development.

When it comes to Hopoo Games, I’m honestly just continually impressed with their releases. The original Risk of Rain is a pixel-perfect joy that I still revisit from time to time, and I will be revisiting after this article because I’m actively thinking about it. The roguelite elements of level generation and gear drops combined with the brilliant “rain” system of difficulty makes it enjoyable in so many ways and also feels incredible as either a single or multiplayer approach. Then, over a year ago, I was allowed to give a go at Risk of Rain 2, which was in early access on Steam and did a commendable job on making my dinosaur PC jump through hoops and deliver a good presentation. Now, the game is nearly out of Early Access and making its appearances on consoles, including the little monster that could, the Nintendo Switch. At the time of writing this review, there is a large 1.0 update coming for the PC in just about a week, which will include the final boss, the final stage, a new playable character and a slew of new items that are sure to improve everyone’s runs. As a result, this console review cannot encompass the full scope of the experience, but I can damn sure give some great insight between Early Access version 0.1 and today. 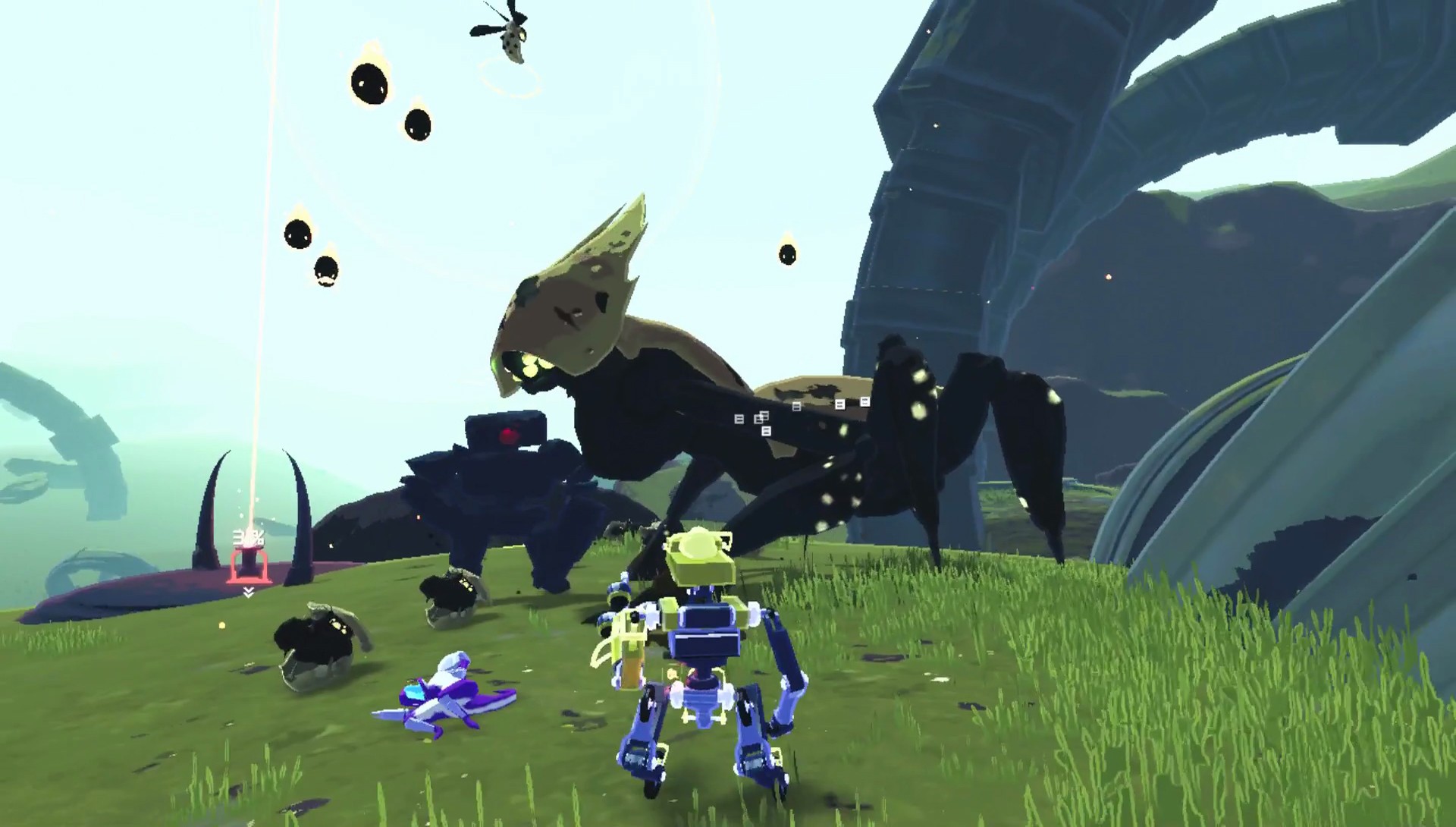 First and foremost, Risk of Rain 2, if you weren’t aware, is a survival exploration/action game that incorporates a ton of procedurally generated information. Every playthrough will have different layouts of where items are, where certain enemies spawn, and even how to move between areas is totally different. The objective is to get to a portal that exists on each alien world where you are and trigger said portal to get to the next world. You see, you’re a dope astronaut who has crash landed somewhere unfamiliar, and you keep toggling portals to try to get safely back home. Think Sliders with a lot more gunfire. The trick, however, is the enemies that you’re dealing with. The portal automatically summons a monstrously big boss the second you turn it on, and you cannot leave until you defeat this boss. Additionally, there’s the Rain System, a progressive difficulty meter that gradually increases the longer you play, causing more and harder enemies to appear, until you’re virtually drowning in foes coming from all angles. Luck and knowledge will lead you to the portal faster, so pray the odds are in your favour.

Risk of Rain 2 seems to capitalize more on the risk/reward system of money than its predecessor, and I think it works out well. Killing enemies drops money, and money can be used to unlock chests, appeal to shrines and repair drones, all of which help you out over the course of the run. However, the money doesn’t hold over to the next world, so you need to decide if it’s worth scouting out all the different items that could be present and not wasting a penny, or tossing the extra cash in the bin in order to avoid elevating the difficulty level higher unnecessarily. The risk/rewards are more effective in Risk of Rain 2 due to the 3D element, which has come a long way since the original 2D incarnation. With the classic Risk of Rain, it was fundamentally easier to see where enemies and items were because it was on a flat plane that allowed drinking in a ton of information far easier. By comparison, the 3D, fully immersive world of Risk of Rain 2 means that there could literally be enemies on top of you and treasures under your feet and you might not know it if you’re not aware. As a result, both exploration and communication with your other survivors is crucial, though this same system could mean that your fellow players are more likely to keep the loot for themselves until they create an optimal character build.

Obviously, in the year and change since the Early Access review I’ve done, there’s been a massive slew of additions that have come in many sizable updates, but the inherent target with Risk of Rain 2 is still the same. The game still has the same 3D core and same standard objectives of getting loot and surviving, though the game arguably runs much better than it did back on the PC. While I realize that the graphics are taking a minor hit by being on the Switch (particularly since I play almost exclusively handheld), the game still looks awesome, and it’s great that a player who knows both this and the original can appreciate both without comparing them. While a game series like the NBA or NFL games ask you to look at the previous title with a fine magnifying glass in order to see how they’ve improved on textures and detail, jumping from a pixel art style game to a fully 3D rendered edition isn’t apple to oranges: it’s apples to a new pair of shoes. Both have their merits, both are enjoyed by different people, and it’s worthless to try to compare them. I personally have grown to like the 3D decision: it is much smoother on my Switch than it was on the PC, and I can more easily move and aim because I’m used to using the Joycons versus a mouse. Now, if I had more time with my computer, I’d probably feel differently, but the Switch is my main game device, so I took to this like a duck to water. 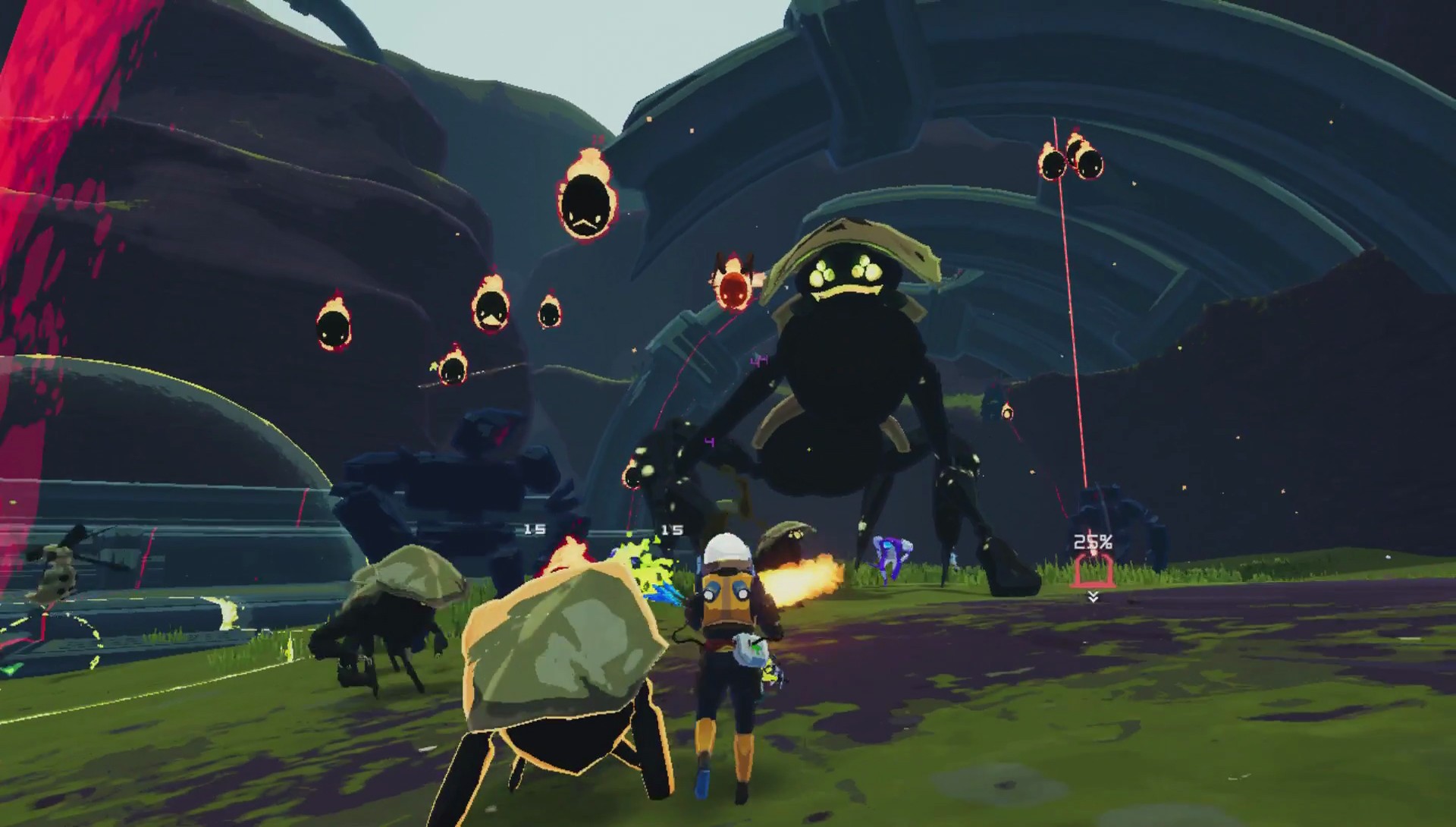 One nice thing about the long development window, besides the fact that there’s now a comprehensive wiki for unlocking other survivors and artefacts, is the addition of the Prismatic Trials. Like all great roguelites, it’s satisfying to have an online leaderboard with which to compete against other players. Enter the Gungeon, Nuclear Throne, 20XX (and soon 30XX, God willing) all have daily seeds, and Risk of Rain 2 is no different. Like all great daily runs, the Prismatic Trials are challenging, demand that you know the game at least relatively well, and ask that you don’t mind the added facet of being unable to finish a level until you claim all the different Time Gems that are scattered about the stage. The Prismatic Trials are great for personal challenges and to compete against others, but I highly, highly recommend them AFTER several solo and multiplayer runs. You still need to be aware of fundamental gameplay thoughts (get the loot, sprint everywhere, don’t fall off a high cliff and die instantly), so a bit of time grinding out, unlocking new stuff and seeing the game world in a grander scope is better than rushing into seeing how fast you can get last place against every other player on the planet.

The only downside is that, while the multiplayer is still excellent and I could find some people to join me eventually, Risk of Rain 2 is distinctly not cross platform. As I mentioned in my Early Access review, Risk of Rain 2 had a buy one, get one deal for a while that resulted in many people being able to get a copy for themselves and a friend (or at least split the price with someone else), which caused the playerbase to skyrocket to over a million players in under two months time. Even now, there are thousands of players who are active and excited for the massive update poised to land in just a week. However, since every other console appears to be behind their respective gates, the population within the Switch community is left up to the players to really seek each other out. Now, having said that, the Hopoo Games Discord channel has a specific room for Switch players to join up, so at least there are some decent 3rd party options for fans to come and find each other. Also, net code for cross play is frigging brutal, so I can understand not having it implemented at the time. There’s always the future, but, at the current time, players either need to have friends for online or local multiplay, or get ready to invest heavily in single player dynamics.

Having said that, Risk of Rain 2 is a freaking win, and I’m elated to see how far it’s come in the last eighteen months. The levels are polished and more intuitive, the soundtrack is still explosive and exciting, and the controls are mapped in an intuitive and smart way. The initial load of the game takes a while as it builds everything, but the load between worlds is negligible and results in the game being silky smooth as we transition from locale to locale. I 100% prefer to play this game on the Switch if I can help it, and I’m finding more people to join in the hunt as we speak, so my future might actually be bright (though my solo endeavours will be what propel me through to the next update). While Hopoo Games can’t definitively indicate when 1.0 will be ready for the console community, PC players should brace themselves for a large unveiling on the 11th, and the rest of us take heart: we have not been forgotten. There is no risk of being left out in the rain: our update certainly is clear.

With a massive update on the horizon, Risk of Rain 2 embraces console players to come join in the excitement and misery of the ever-increasing madness.