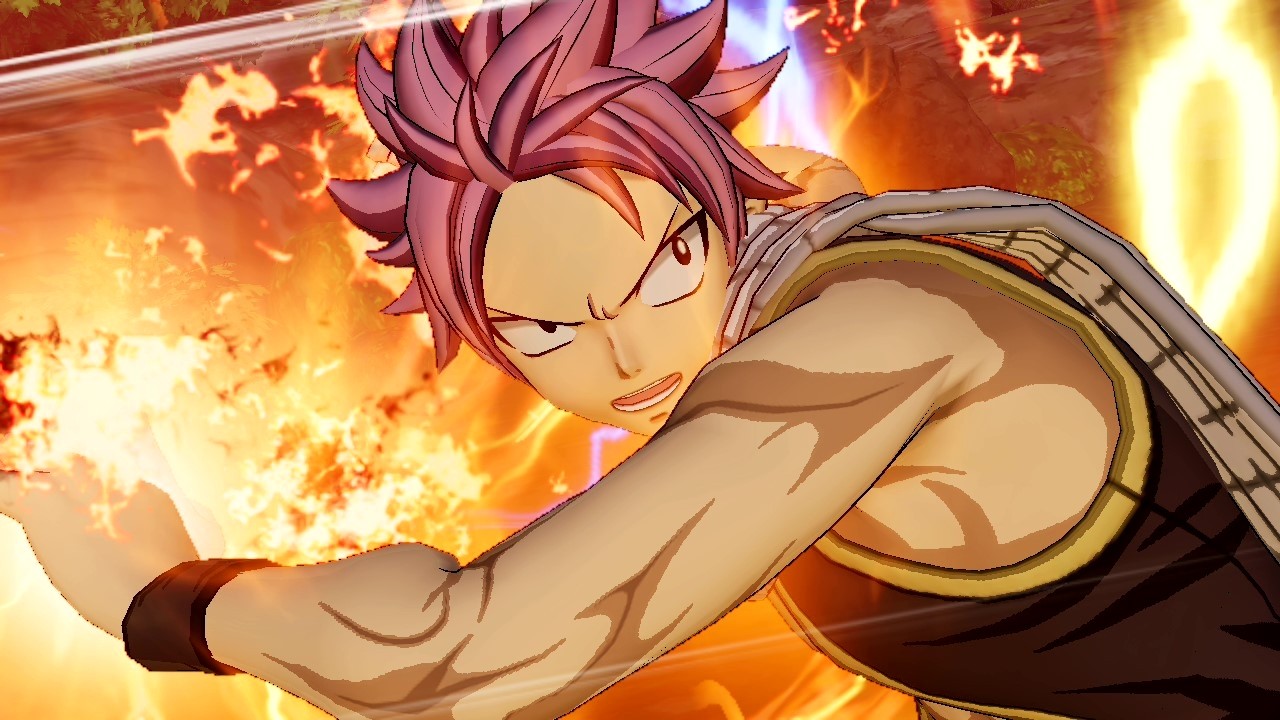 If ever there was a game made for the fans, it has to be Gust’s enjoyable, charming take on Fairy Tail, an extremely popular anime and manga that, until recently, I had somehow never heard of. Now, I only dip the occasional toe into the decidedly deep waters of anime and manga, but if an anime becomes popular enough, it invariably gets its own video game tie-in – One Piece, My Hero Academia, Attack on Titan – they’ve all got video game tie-ins coming out of their ears. So, what’s the deal with Fairy Tail? It has been around for more than a decade, it’s hugely popular, but I’ve never seen a single video game based on the license (a very video game friendly license at that). Well, there have been video games based upon Fairy Tail, but they were PSP and Nintendo DS exclusives and didn’t receive western localisations. Why that is, I have no idea, but it has a fully fledged home console release now, and I’m sure fans of the series are over the moon.

As for the rest of us? Well, that’s a different story altogether. Don’t get me wrong, despite the repetitive nature of the gameplay and general lack of depth, Fairy Tail is an enjoyable JRPG with a robust battle system, solid visuals and a charming cast of playable characters. The problem is, unless you have watched the anime or read the manga, you will not have any idea what is going on. With a narrative that starts around the show’s 120th episode, there is an assumption that going in, you will have a solid idea of who the characters are and what arc you are dealing with. For the uninitiated, it’s a lot to take in, and unless you’re willing to do a bit of work, you’re likely to be left confused for the duration of the story (or at least the first few hours of gameplay anyway). Yes, there is an encyclopaedia and glossary of terms to review, but again, it’s on you to pick up the slack.

Saying that, if you’re willing to do the groundwork, a genuinely charming adventure awaits, and for fans of the show, while far from being a perfect recreation of the anime/manga, Gust’s take on the series, despite its shortcomings, remains a largely successful one. The story won’t come as a surprise to those who have already experienced it, but it’s well enough told here, even if it does occasionally rush certain narrative beats at the cost of emotional impact. It clips along at a decent pace though, and if nothing else, has actually made me want to go back and give the anime a try. 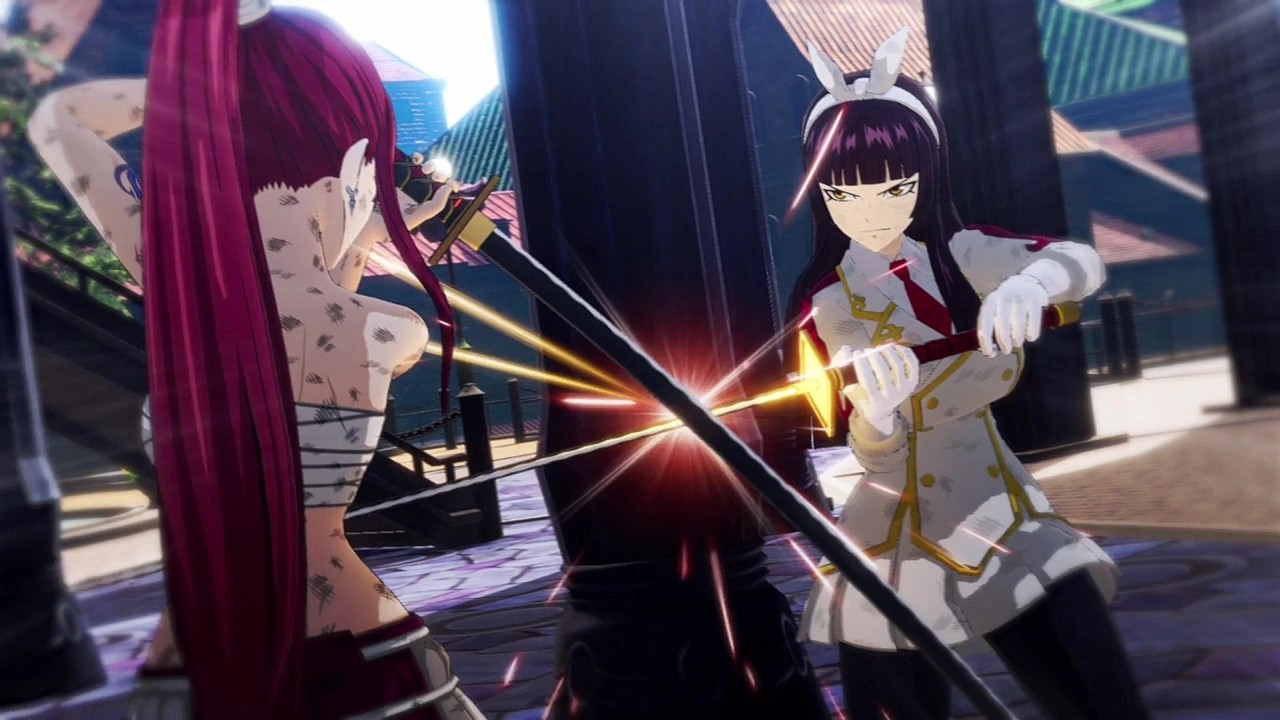 That is largely down to the games’ brilliant cast of characters. Each has their own elemental attacks, and surprisingly enough for an anime/manga license, nearly all of them are actually quite likeable. And honestly, that’s one of the games’ biggest draws – it’s all so likeable. The world, its unique battling guilds, its varied cast of characters. Everything here is just…nice, and the way things are going on in the world right now, nice goes a long way.

When it comes to the core gameplay experience, beyond communicating with the world’s many inhabitants, Fairy Tail really is all about battling. There are a handful of side quests here and there that try to mix things up, but they are few and far between. For better and for worse, the majority of your time in Fairy Tail is spent either being in battle, preparing for battle or talking about battle. It’s good news then that the battle system, while far from revolutionary, is largely very fun.

You can have five in your party at any one time, and you’ll understandably have plenty of scrapping to do as you try to rebuild the reputation of your guild and make your way back to the top of the rankings after being sealed away for 7 years (something to do with a giant dark dragon – don’t worry, it all makes sense if you watch the show / read the in-game encyclopaedia). With hints of Persona in the menu design and even a glimpse of strategy RPG via the game’s limited use of grid-based attacks, Fairy Tail’s solid battle system in elevated by its varied cast and their often visually impressive elemental powers. Again, nothing here is particularly revolutionary, but it provides a decent recreation of the show’s imaginative magical combatants while ensuring that there is plenty of depth for fans of the genre. 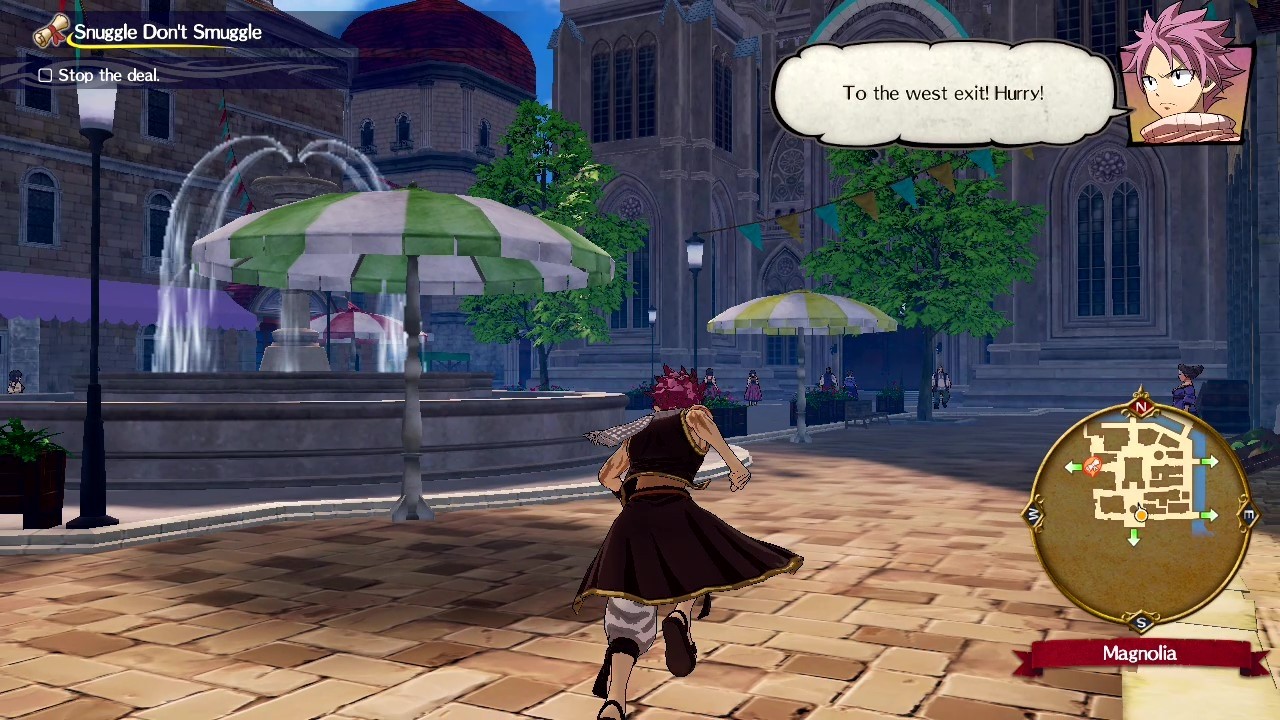 It’s a shame then that, as good as the combat might be, and as undoubtedly fun as the characters are, the lack of additional depth or gameplay variety does eventually take its toll. The core gameplay is never less than enjoyable, but after your 100th battle with little in the way of additional distractions, the whole experience starts to invariably feel rather samey. Again, those with a love for the Fairy Tail license will find the lack of mechanical variety easier to bare thanks to the games’ enjoyable narrative, but for newcomers, Fairy Tail might well get stale log before you reach the closing credits.

It might be aimed solely at fans of the series, but Gust’s, Fairy Tail has enough going for it to make it a viable option for Fairy Tail aficionados and newcomers alike. It can be a bit daunting to start if you’re not au fait with the source material, but even if little makes sense for the first few hours, it’s easy to be dragged along by the games’ great cast of characters, beautiful world and enjoyable battle system. Of course, fans of the series will obviously get the most from the experience, but even Fairy Tail’s most ardent fans might struggle with the repetitive nature of the gameplay and general lack of variety.

It might be aimed solely at fans of the series, but Gust’s, Fairy Tail has enough going for it to make it a viable option for Fairy Tail aficionados and newcomers alike.