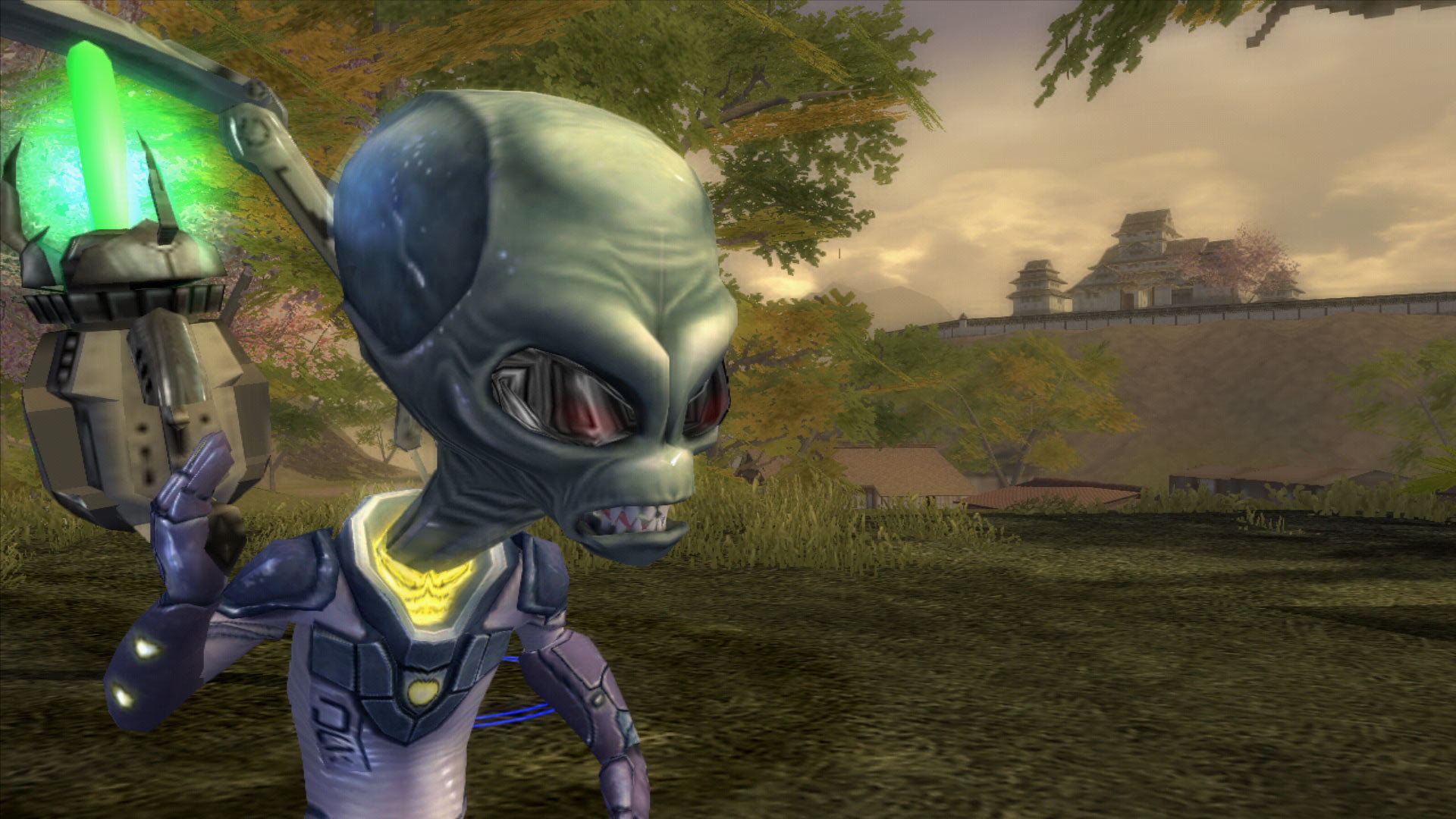 The original Destroy All Humans! was released back in 2005 for the PlayStation 2 and the first Xbox and despite all this time, I only had the chance to try the game back then thanks to a demo that was included in a monthly Xbox magazine. I honestly can’t remember much about the demo, I think it was only the first mission, but I do remember loving every second of it. With that in mind, I can’t even express how happy I was when I heard about the announcement of a remaster coming to PC.

So, what is Destroy All Humans! all about? Well, the title leaves no room for doubt. This is a game about destroying humans, but probably not in ways that you might expect. Destroy All Humans! is a cult classic, a third-person action game which, despite its foundational murderous premise, is quite charming and humorous and this makes the whole endeavour of destroying humans a lot more enticing.

The story of Destroy All Humans! takes place during the 1950s and it follows the evil plot of the Furon Empire to overthrow the USA government in an attempt to harvest human DNA for the betterment of their own species. The game puts you in the shoes of Cryptosporidium-137 (the 137th clone), as you descend to Earth to not only prepare and determine the best way to proceed with the invasion, but also to investigate the disappearance of your predecessor, Cryptosporidium-136. 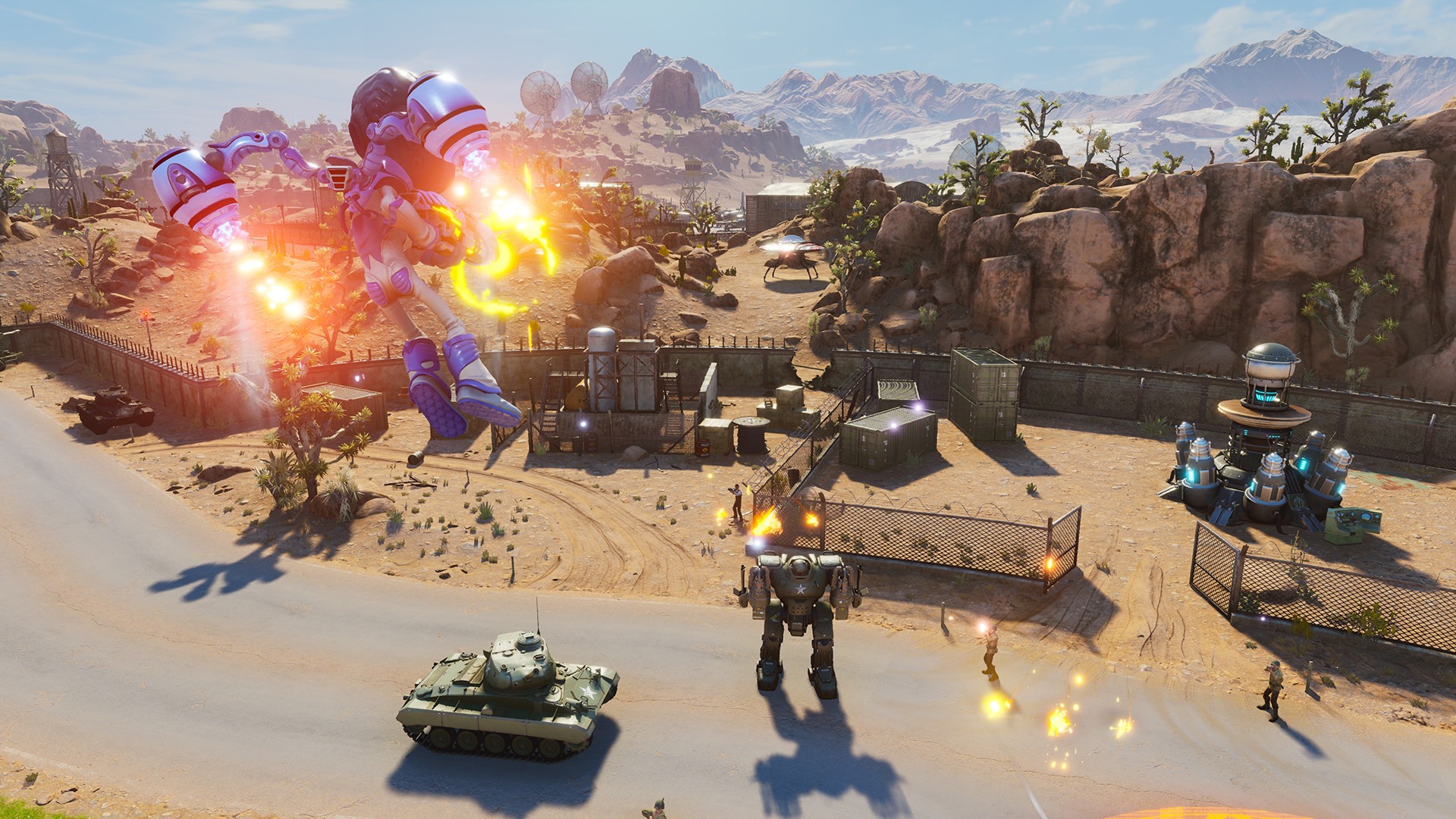 This remastered version of Destroy All Humans! is pretty much equal in everything to the original game in terms of content, but it brings a new area, Area 42, which was supposedly cut from the original game. Having said that, everything else has been faithfully rebuilt from scratch and while the game does certainly look a lot better than the original, there is a considerable amount of pop-in of things such as rocks and foliage, which is quite noticeable, but other than that everything about this remaster is absolutely great.

As far as gameplay goes, this Destroy All Humans! and the one that you might remember from 15 years ago is exactly the same. Each mission can comprise multiple objectives of simple destruction and elimination, to infiltration and deception. Thanks to the different abilities at your disposal, what would otherwise be a pretty simple third-person shooter becomes something much more fun and engaging. Telekinesis, mind control, mind-wiping, brain extraction and scanning, these are just some of the tools at your disposal to get rid of whatever puny human that gets in your way. Furthermore, Crypto also carries a few weapons with him that should prove useful in different situations, but I honestly just use my telekinetic powers whenever I have the chance to. With that said, there’s nothing more satisfying for me than taking off on Crypto’s saucer and unleashing hell from above. The remastered visuals really enhance the feeling of destruction that your Death Ray can unleash.

Now, as for the game’s campaign, it follows a linear structure, by granting you access to different open areas where you have to complete a series of objectives in succession in order to successfully complete each mission. After completing a mission in a new area, you can then revisit that area to take on optional challenges or to search and gather these probes that are scattered throughout the levels, both of which reward you with extra DNA points. These points can then be used between missions when you go back to your mothership, where you can upgrade Crypto’s abilities, weapons and flying saucer. 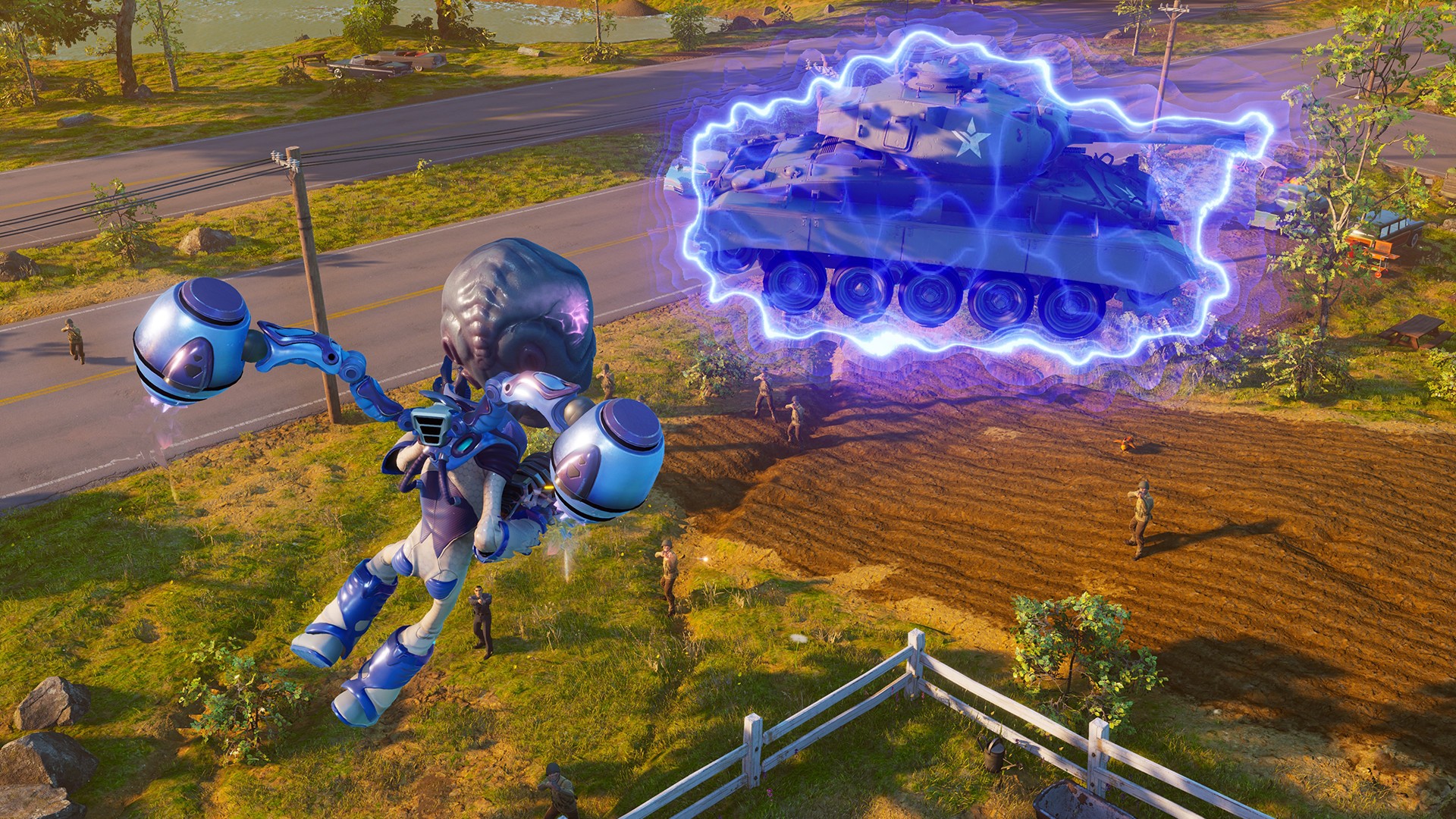 While the game isn’t focused on stealth, and although there are a few missions where being detected results in an instantaneous failure state, this is certainly an option here. Thanks to your Holobo ability, you can disguise as any human target. However, this disguise will gradually fade away if you don’t keep scanning human brains to recharge your disguise. Obviously, attacking or trying to use some other ability will blow your cover. That being so, as you unleash a greater deal of destruction, you’ll gain notoriety and humans will escalate their response. At first, you might just be facing armed civilians, but soon enough cops will arrive and then the military. This escalation of conflict can be mitigated by eliminating any witnesses or just simply making them forget what they’ve just seen, but I don’t think that’s the point of a game called “Destroy All Humans!”, right?

The question for many people regarding whether they should or shouldn’t get this game if they already played the original is a tough one to answer. The new Area 42 might not be enough to justify the purchase for some people, but I feel like the nostalgia factor plays a huge role here. There hasn’t been a Destroy All Humans! game since 2008, so if you’re a fan of the series, this will most likely be the best thing that you’re going to get in a while, maybe forever. In any case, Destroy All Humans! is just as charming and fun nowadays as it was back in 2005, and I honestly think that it’s worth playing the game with the updated visuals. I just wished that the saucer controls weren’t as finicky as they still are.

It’s worth pointing out that Destroy All Humans! is not a hard game to complete, and it’s also worth noting that there aren’t any difficulty options. However, the optional challenges in each area can be difficult to ace on your first try, if you don’t have a few upgrades. To that end, I’d say that this might be something that you might only want to approach once you’re done with the main game and if you’re just looking for more action. With that said, it took me about 7 hours to beat the main missions, plus around 2 extra hours to complete all the challenges and find all the collectables, which I think is a pretty good amount of time given the game’s price.

Destroy All Humans! is just as charming and fun nowadays as it was back in 2005.