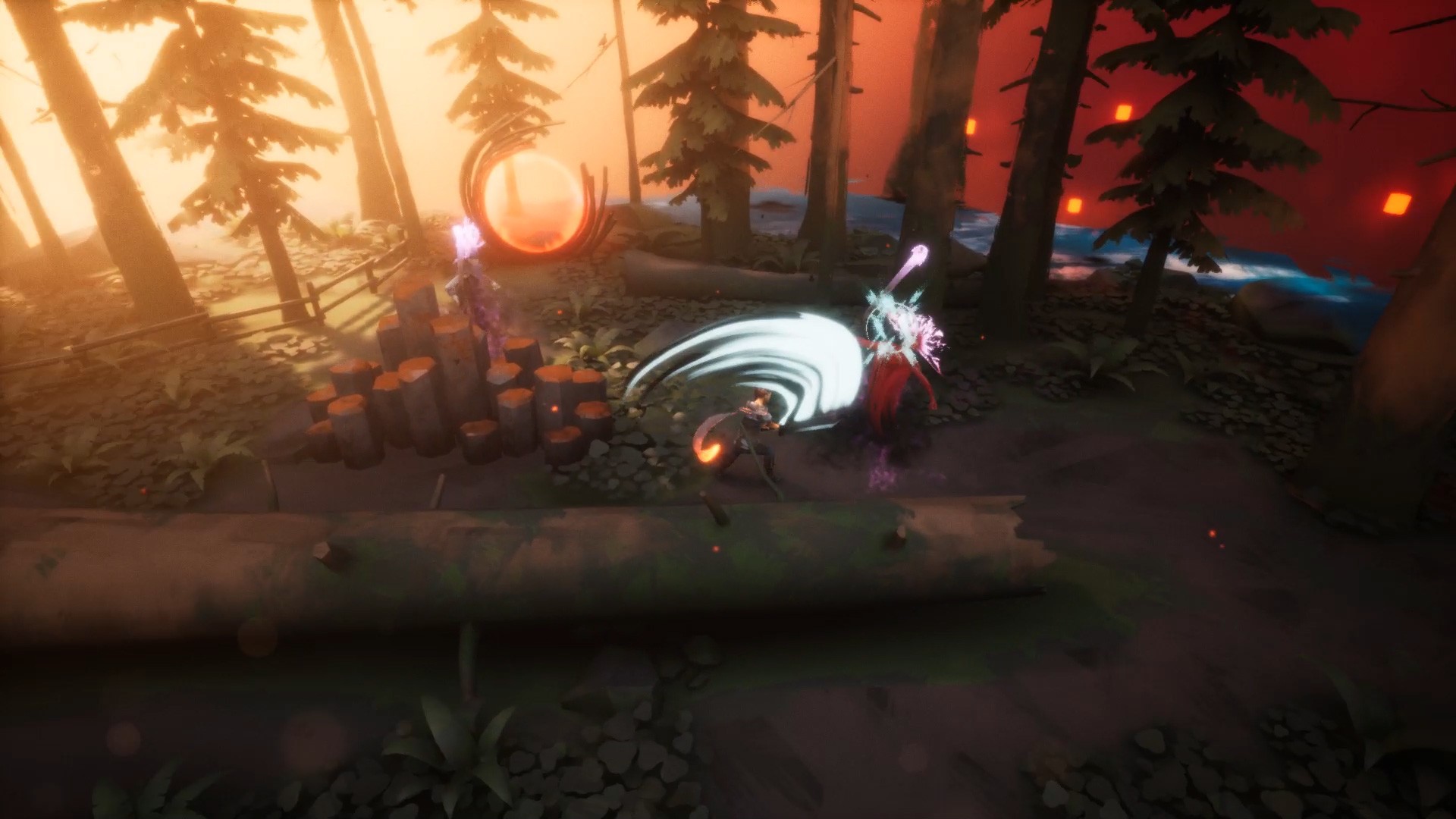 After playing the free Prologue during the Steam Game Festival back in June, I was absolutely delighted by Dreamscaper and I knew I had to play the actual game whenever it released. I honestly thought that the wait would be longer, but fortunately, the Early Access version is finally here for all to play.

Dreamscaper is a surreal action roguelite with hack ‘n’ slash combat that centres itself around its protagonist’s life and dreams. The player plays as Cassidy, a woman with a troubled past that suffers from depression. This state of mind reflects itself in Cassidy’s dream world, as her emotions manifest themselves through the embodiment of enemies and bosses, thus presenting a really unique approach to the character’s emotions and world-building. At first, not much is known about Cassidy, but as you progress through the dream world, you will find memories from her past, which will let you know more about what’s really going on with her.
Although Dreamscaper is divided into two different distinct gameplay segments, with one taking place in the Waking World, while Cassidy is awake, and another taking place in the Dream World, while Cassidy is asleep, the latter definitely represents the meat of the game.

However, the Dream World’s relevance is due to the layer of mechanics that exists within the Waking World. To put it simply, the Dream World is the core dungeon-crawling experience that you might know from games such as Hades, The Binding of Isaac and Enter the Gungeon, while the Waking World serves both as an extremely lite visual novel, as well as a means of meta-progression. 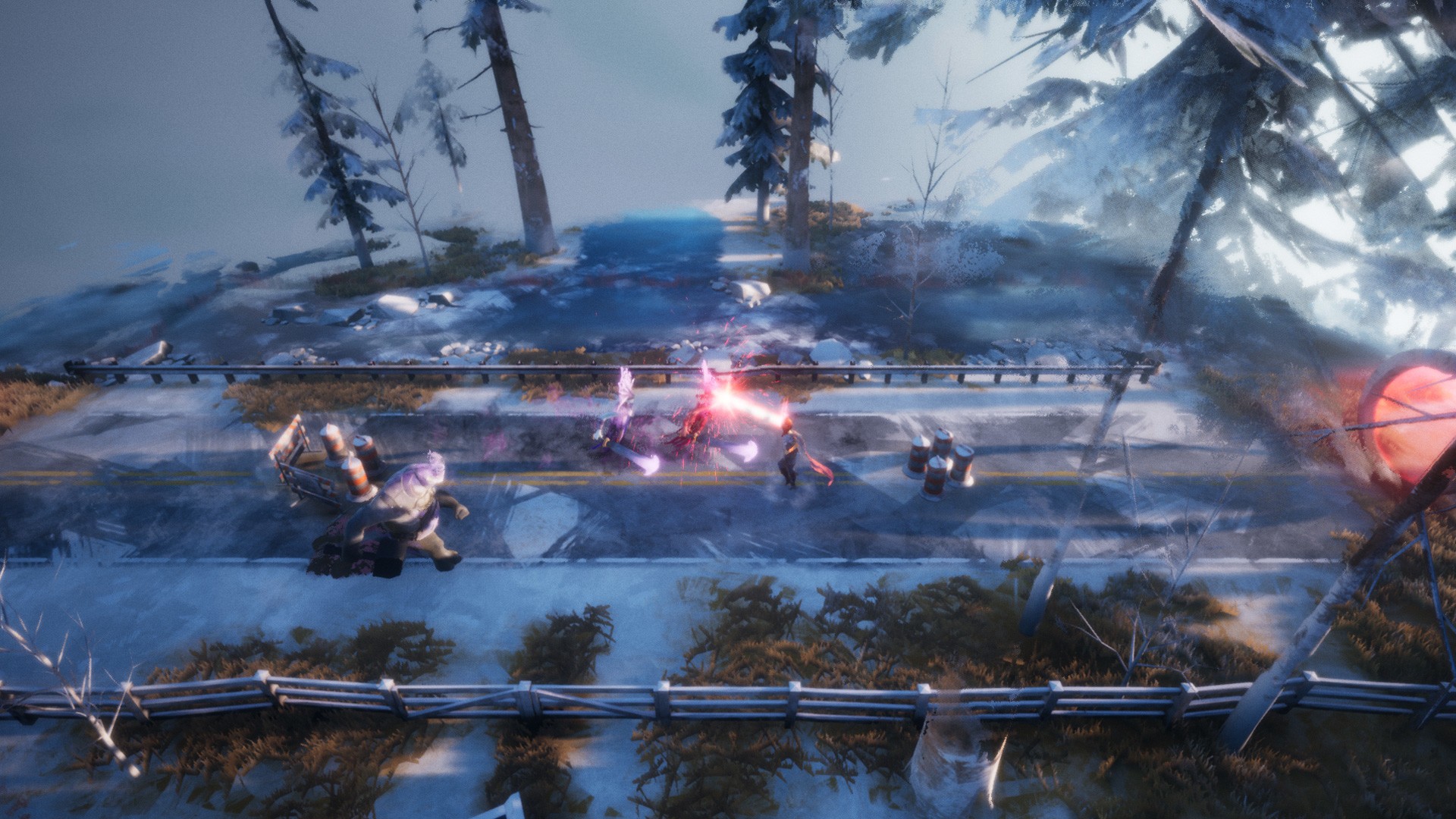 Dungeons, or dreams, are structured in a room system just like other games in this genre, where you’ll have to gradually make your way throughout the dungeon clearing each room one by one and then moving up to the next level or, in this case, dream. Some rooms need a key to be unlocked, while others are blocked by obstacles that must be blown up with bombs. There are also specific types of rooms that you can find while playing, such as boss rooms, puzzle rooms, item rooms, shop rooms or challenge rooms, which reward if you complete the room by meeting certain criteria, like killing all enemies before a timer runs out or without taking any damage.

The combat in this type of games is usually one of the things that either makes it or breaks it, and while it always pains me to say this when I’m playing on a PC, Dreamscaper definitely plays better with a controller. With that said, Dreamscaper’s combat blends elements from top-down twin-stick shooters, brawlers and hack ‘n’ slashers, and features an array of different abilities, weapons, items and moves. There is a decent amount of different enemy types, with each having their own attack patterns, but I’m hoping that more enemies make their way into the game, because when you keep replaying the same zones over and over, you can start to feel a bit sick of fighting the same enemies over and over.

The flow of combat is generally fast because if you’re not attacking enemies, they’ll just keep attacking you from a distance or chase you down. In any case, you carry both a melee and ranged weapon at all times, as well as a shield which you can use to block and parry, or you can just dodge roll out the enemy’s way. All these tools are incredibly powerful when combined together, especially during boss fights, which require you to learn their attack patterns and weaknesses so that you can properly defeat them. There are also environmental traps and hazards that you have to watch out for, so you always want to deal with enemies as fast as possible. The basic attacks vary from weapon to weapon and weapons not only have different stats in terms of raw damage, but they also have their own modifiers, such as a chance to deal elemental damage.

By combining different weapons and abilities, you can come up with some really cool synergies and quickly turn enemies to dust, but even then, there’s still something about the combat which I’m not really a fan of. While I do enjoy the combat for the most part, I think it can get stale whenever you’re just facing a single enemy, and this is because you can simply keep stunlocking it by hitting it until it drops dead. Nonetheless, the developers have definitely done a great job here, especially because weapons and abilities differ greatly from each other and, based on my own experience, they all feel great to play with, and if it wasn’t for the fact that you keep finding better ones the further you’re into your playthrough, I’d probably just keep interchanging them whenever I could. 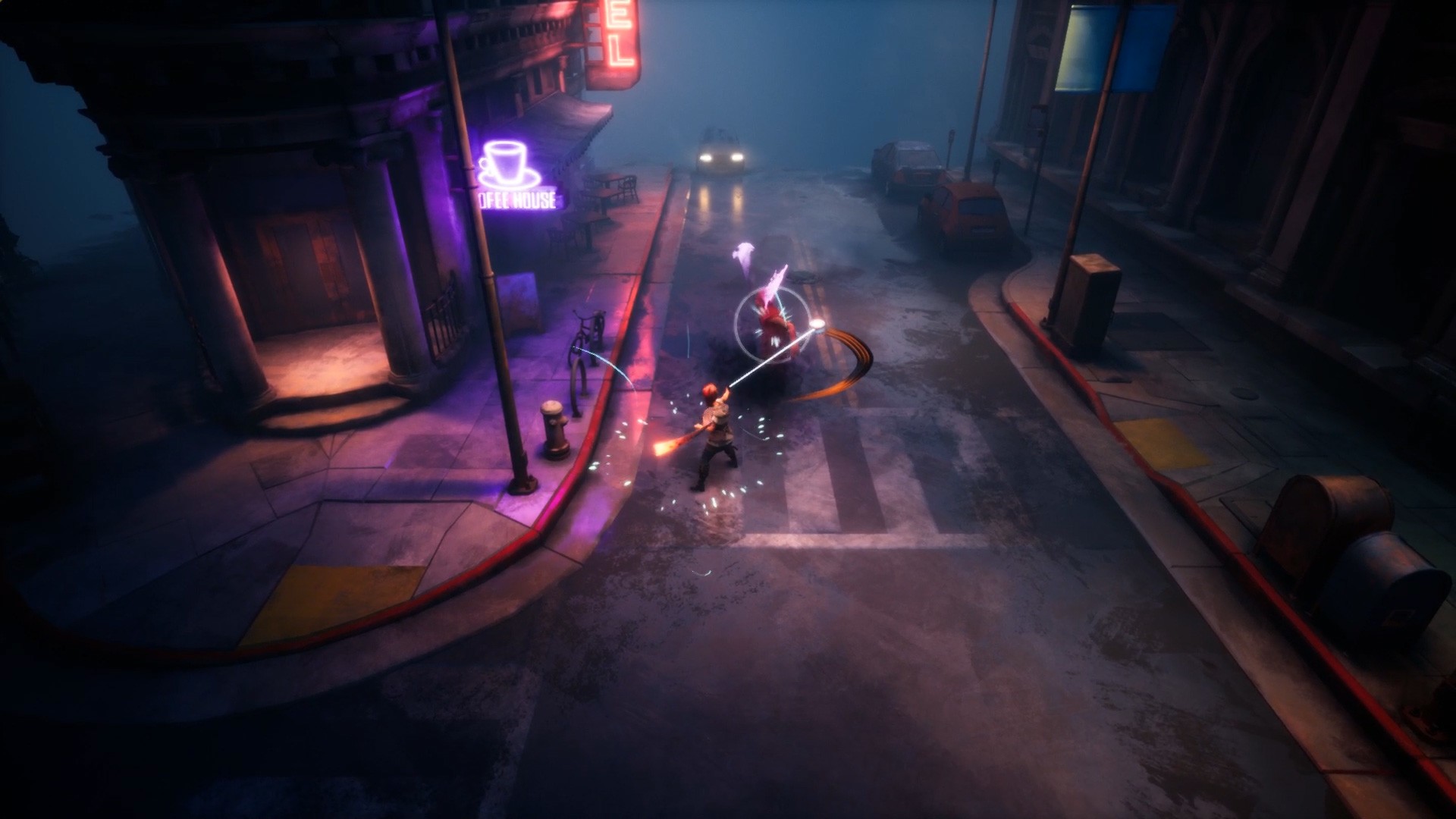 Whenever you die you wake up, which allows you to go on about your day to meet new characters and improve your relationship with them by chatting and offering them gifts that you can craft with the resources found in your dreams. This serves as Dreamscaper’s permanent progression system, as improving your relationship with people will unlock items and stats bonuses that you can then find and use in future playthroughs. That being so, visiting different locations and talking with people consumes time and the only way to recover that is to go to sleep or, in this case, go for another run. Still, whenever you clear a dream (dungeon floor) you can just wake up, go around town and chat, and then come back to your place to sleep and continue your run where you left off. Now, if you happen to die during one of your runs, you will obviously wake up and lose everything you had with you in your dream.

With everything taken into account, Dreamscaper is already a strong roguelite and I’m hopeful that it will only get bigger and better during Early Access, which is a big aspect that must be considered while playing this. Although this is still a work in progress, the game already has a pretty decent amount of content. However, the developers have said that they intend on expanding the game by adding more weapons, abilities, items, levels, bosses, challenges, puzzles and obviously expanding the story of Cassidy and the level-of-detail present in the Waking World.

If you’re into action-oriented roguelites, then I definitely think you should keep an eye out for Dreamscaper. Besides the combat, which has a lot going for it, the whole idea about the game taking place in lucid dreams and in the real world is quite clever and well-executed. The game is visually stunning and the soundtrack can be breathtaking and make some fight moments feel really tense. With all that taken into account, Dreamscaper has definitely been one of the biggest surprises for me this year, and I honestly can’t wait to see how the game changes in the coming months.