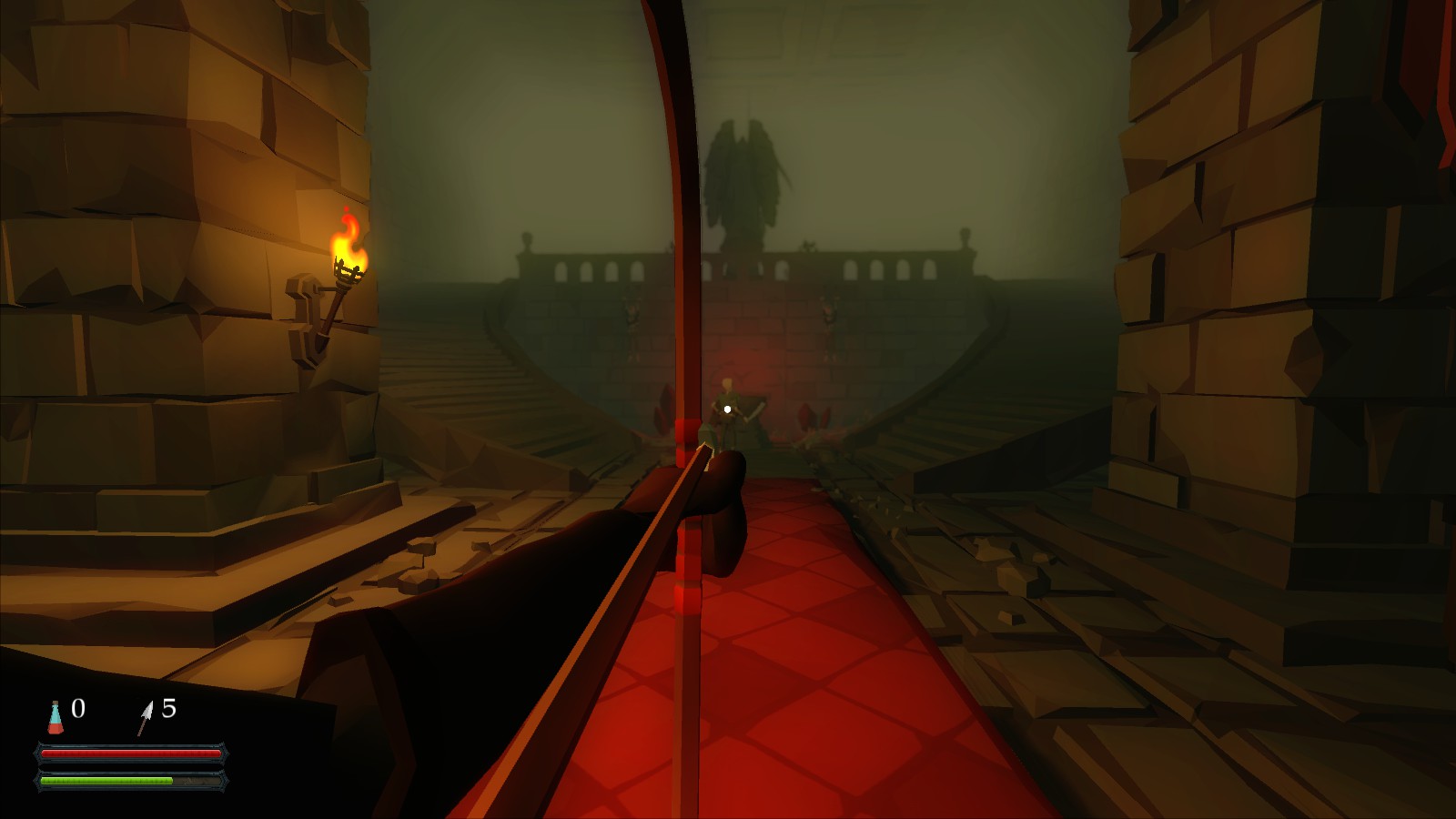 A young woman’s brother has fallen ill and you go with her to retrieve a gem, locked away in a ruined fortress, which is rumored to have the power to save his life. Bladequest: The First Chapter starts as the pair of you enter the said fortress.

You are armed with a bow, as well as an axe when the game begins, but as you explore the fortress you also find a sword and shield, as well as a long sword and can choose which of these weapons you wish to use. There is no inventory system, so whichever ones you don’t equip are simply left on the floor.

As you explore the fortress you will meet with skeletons and will have to do battle. Right click attacks, left click blocks, and if you manage to block their attack at just the right moment, you can stagger your enemy. You can also break through an enemy’s block with a powered attack and they can break through yours with one as well. You can also jump, though there is not much use for it in the game currently. Healing potions and more arrows can also be found, and the main goal of the game is to find a way into the locked throne room where the gem is being held. 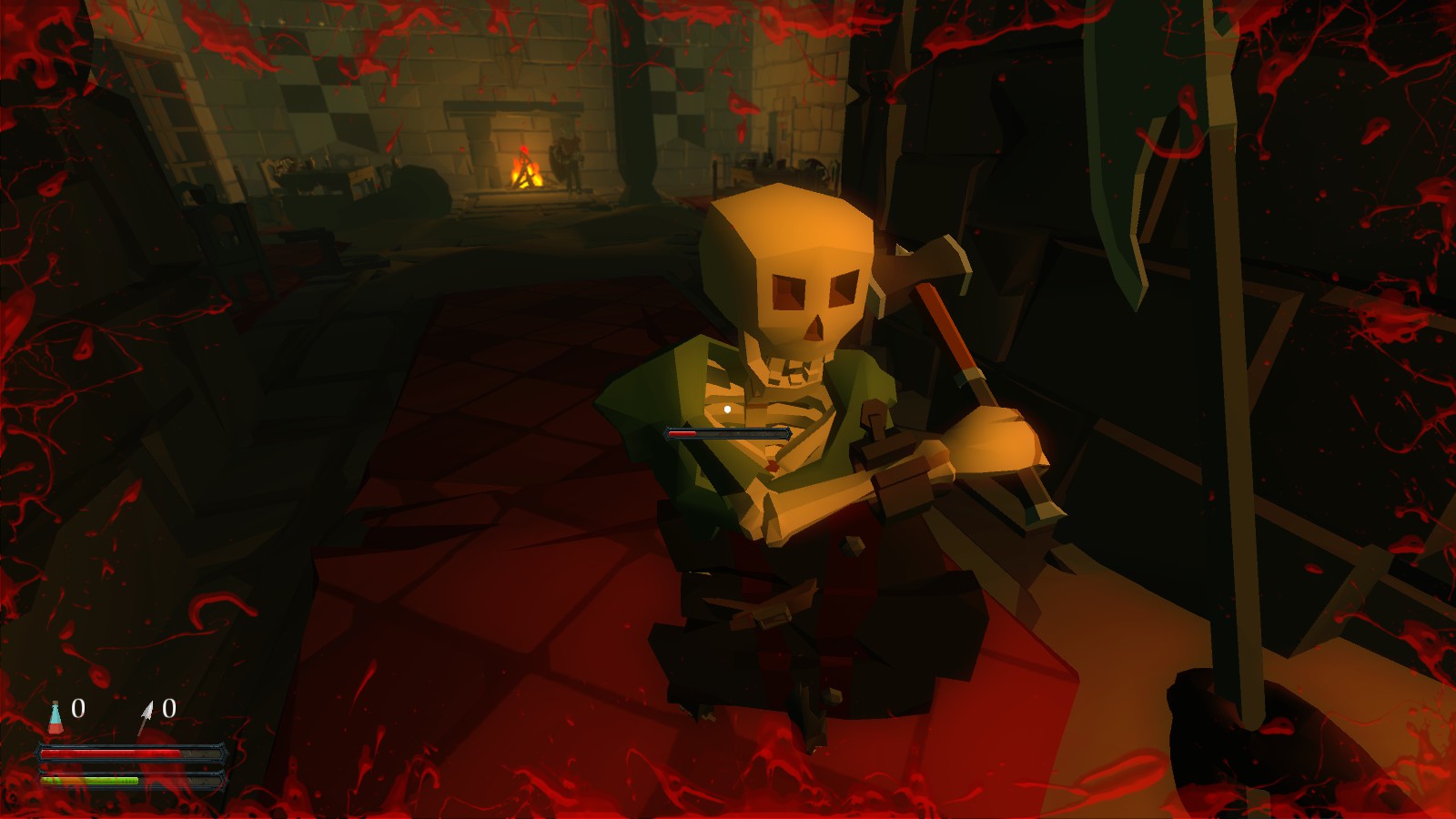 This all sounds fairly straightforward and simple and it is. Bladequest: The First Chapter is essentially a test run rather than a full-fledged game. You can beat it in about twenty-five minutes and it’s unlikely to pose any severe challenge to you. What game mechanics are there, work well. Your AI companion is legitimately helpful and the combat, while pretty basic, is enjoyable.

Aesthetically, the game has a unique look. It’s a nice blend of cartoony and blocky and the result is actually quite appealing, and one I’d be happy to find in a full length game. There are also some fun filters you can play around with in-game that gives the title a little extra replay value.

There are a couple of bugs in the game. For example the first time I played through, it crashed during the final fight and the game has no save feature. Nor could I ever get the game to take up my entire screen. There are also a few things that need to be tweaked. The voice acting is clearly done by none-native speakers and when you are damaged, even if only slightly, blood appears around the side of the screen. This is a fairly standard mechanic but it stays there too long and is too distracting whether you are severely injured or still have the majority of your health left. 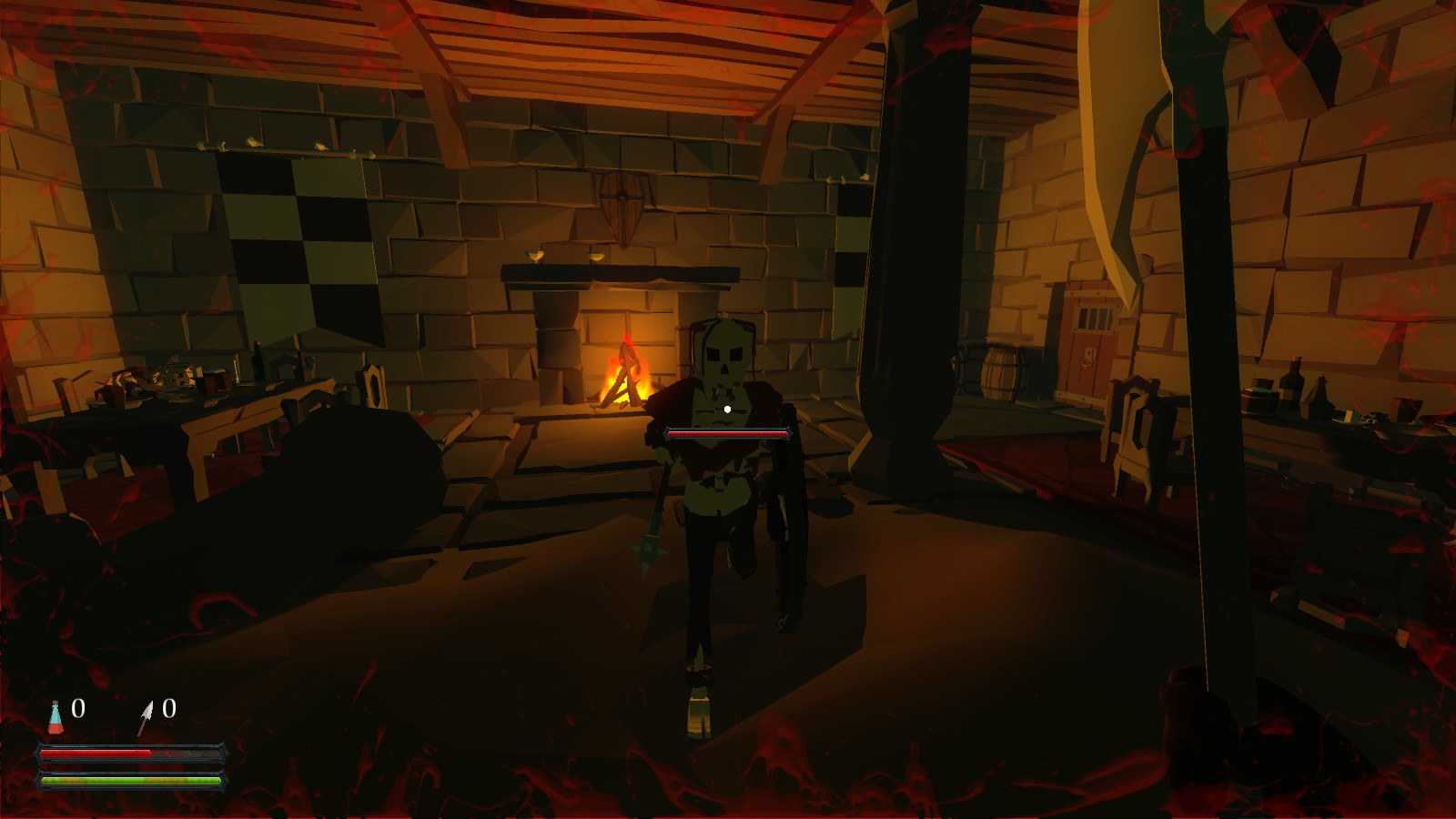 At $7.99 Bladequest: The First Chapter is clearly not worth the price you are paying for it (though a free version is available on the developer’s website), but it’s not really supposed to be. The developer states that the game was built to test the core gameplay and does not reflect the concept of the final product. It’s to show us, and himself, what he can build and it’s a way for people to support the game if they like what they see.

As a game Bladequest: The First Chapter is subpar, but as a promise of things to come, it’s exciting. The gameplay that is there is enjoyable and the look of the game is great. It is a one man development team, so supporting that is always going to be a risk as it is always possible that this is all we’ll ever see of Bladequest, no matter how sincere and passionate the developer is. But if you want to support an indie game and accept the risk involved, Bladequest: The First Chapter shows a lot of promise.

As a game Bladequest: The First Chapter is subpar, but as a promise of things to come, it’s exciting.