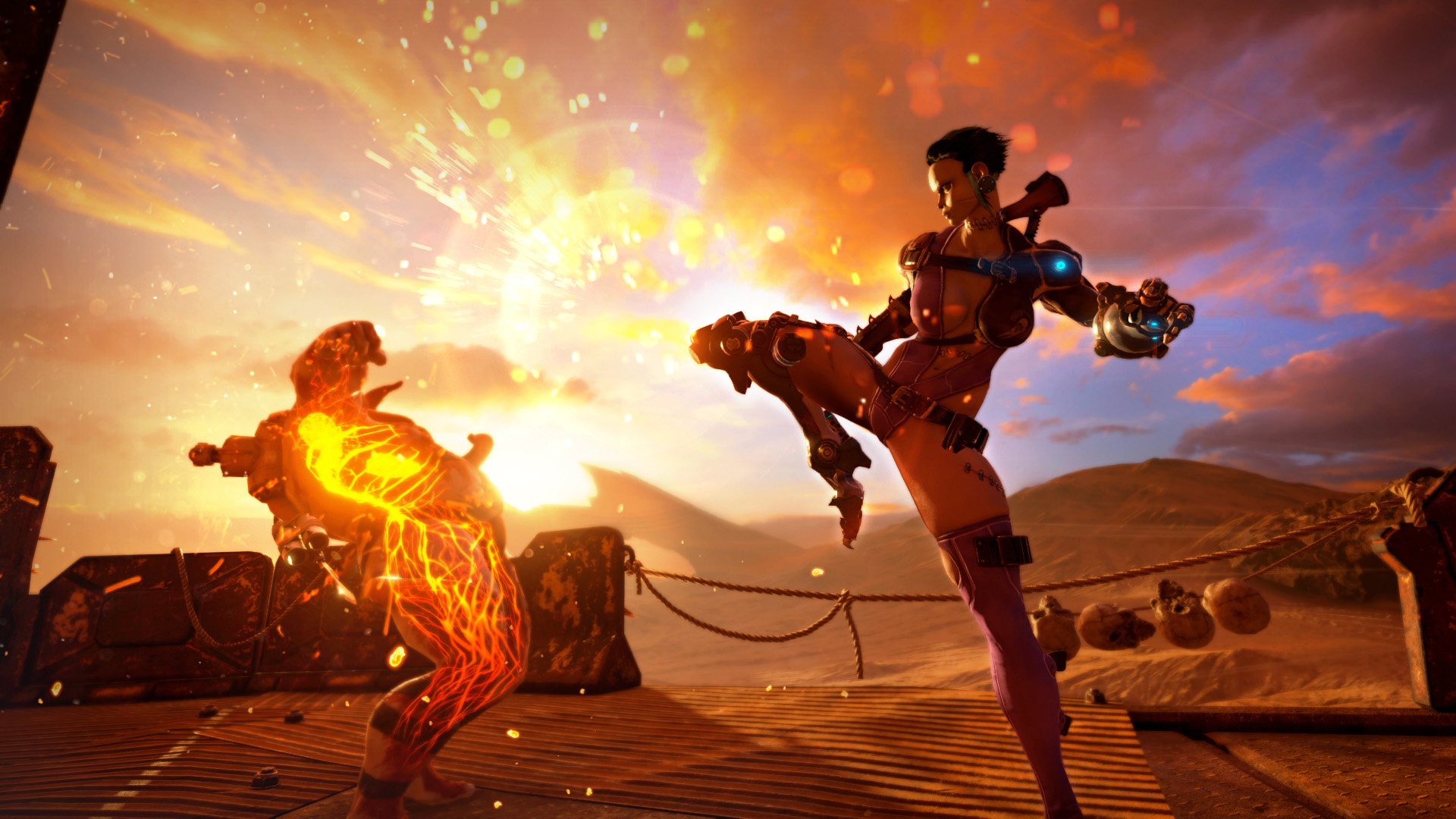 June 2014 – it was a hot summer night, and E3 was finally coming to a close. Journalists and other leeches alike, were running in between stalls pinning ‘best of E3’ awards, on what they perceived to be the biggest games of the show, in hope to promote their site and/or YouTube channel, through the title’s PR and trailers, which would surely feature the said awards. And back in 2014, all game journos jumped on the Evlove hype train, as most expected it to be the biggest game of the show, and of that year. But as we all know, this turned out not to be the case.

Evolve is, or rather was an asymmetrical multiplayer shooter which pinned four players against a single monster, and while this concept sounded great in theory, it unfortunately didn’t work out so well in practice. And general lack of vision and direction, has ultimately killed the hopes of Evolve, and all the other asymmetrical multiplayer games on the market.

The landscape of asymmetrical multiplayer presents a grim and saddening picture, but despite of its inherent repulsiveness, it has not pushed everybody away. As some, including the Spanish studio Mercury Steam, are still seeking to conquer the space of asymmetric multiplayer. And they are planning to do so with their ever evolving, and ever expanding third person, multiplayer shooter, The Raiders of The Broken Planet.

At its core, The Raiders of the Broken Planet shares a lot of similarities with titles such as Evolve or Friday the 13th. However, those similarities end of the fact that all the abovementioned titles feature a singular mode which pitches multiple standard players, against one much more powerful antagonist. And beyond that, one would struggle to find any major points which could overlap The Raiders of the Broken Planet, with any other title. 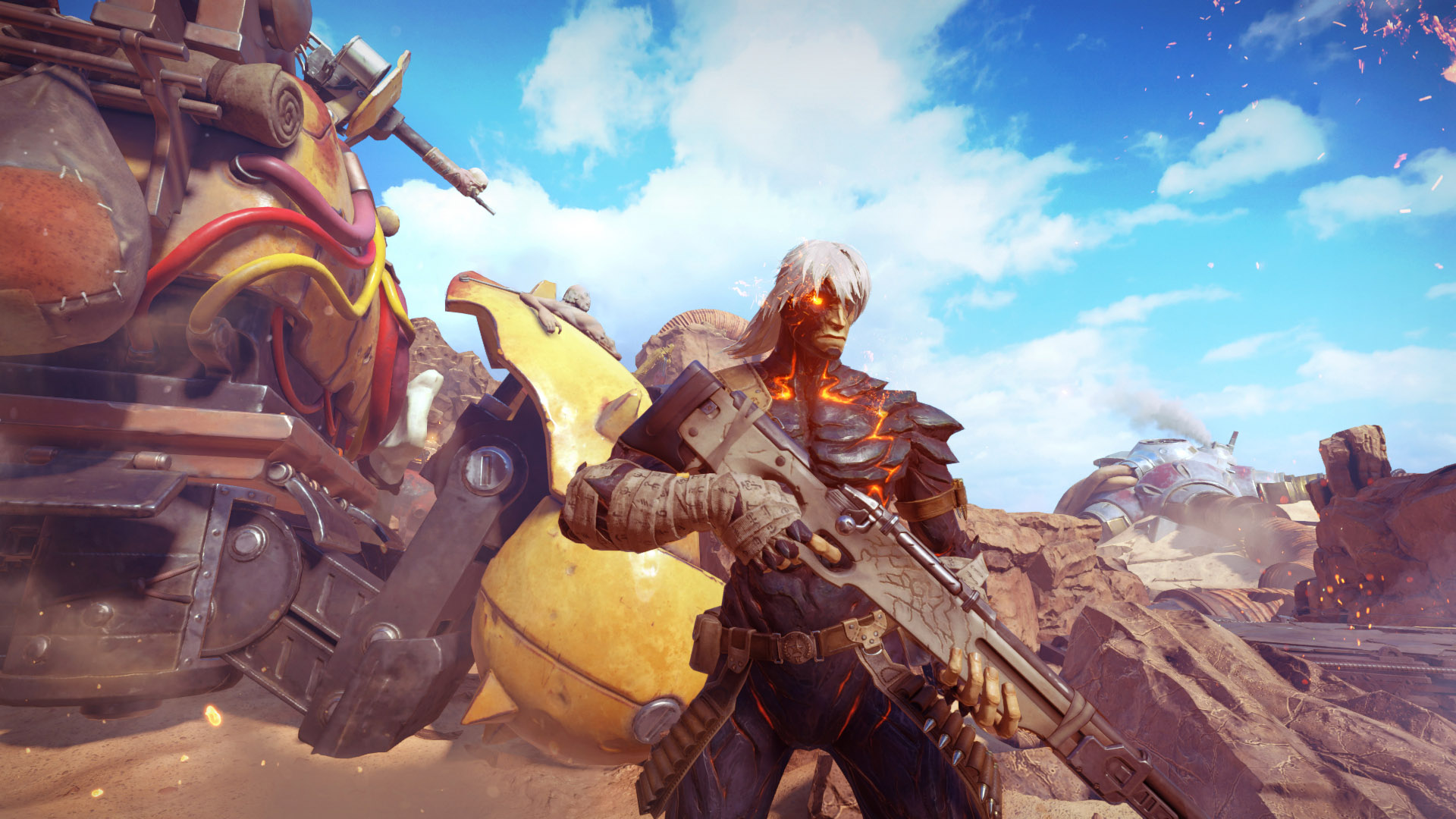 Unlike all the other titles of the genre, The Raiders of the Broken Planet doesn’t take place on a single map. In fact, it takes place within procedurally progressing missions, which present one with varied and satisfying objectives, as well as narrative and a complete set of cutscenes and voice overs. And as enjoyable as all those features are, they are ultimately hampered by the title’s asymmetric dynamic, which at times can be incredibly infuriating.

In-game, you as a player always have an objective to compete, and a never-ending horde of enemies to terminate. And the PvE combat can be incredibly chaotic at times, as enemies never stop coming, and always rush you, no matter how well you hide. And while this alone could be seen by some as problematic, it is ultimately nowhere near as enraging as the PvP elements of the title.

No matter where you are, or which objective you are trying to complete you are always pitched against a player-controlled character, which understandably should be more powerful than you, as he is pitched himself against four players. But in every match which I’ve played the player-controlled antagonist wasn’t just slightly more powerful, he was simply overpowered, as he could always take me, and all my other teammates down with a single shot or punch. And worst of all, he/she doesn’t even have to be exposed to terminate you, as the in-game ‘antagonist’, can teleport using wraith form, which while susceptible to damage, cannot die.

To put it bluntly, the asymmetrical elements of The Raiders of the Broken Planet, are far from perfect. But after spending some time with the title, I’m not sure whether the flaws of this particular component are related to its inherent design, or if they are caused by the title’s underwhelming matchmaking. And sure, being one hit killed by an enemy is never nice, but what’s even less enjoyable, is being matched against level 30 players, who know every nook and cranny, and can take you down before you can even make a step. And this is not even an analogy, as on multiple occasions, I have found myself dying seconds after starting an encounter, and on one map, a level 28 player killed my entire team upon spawning. 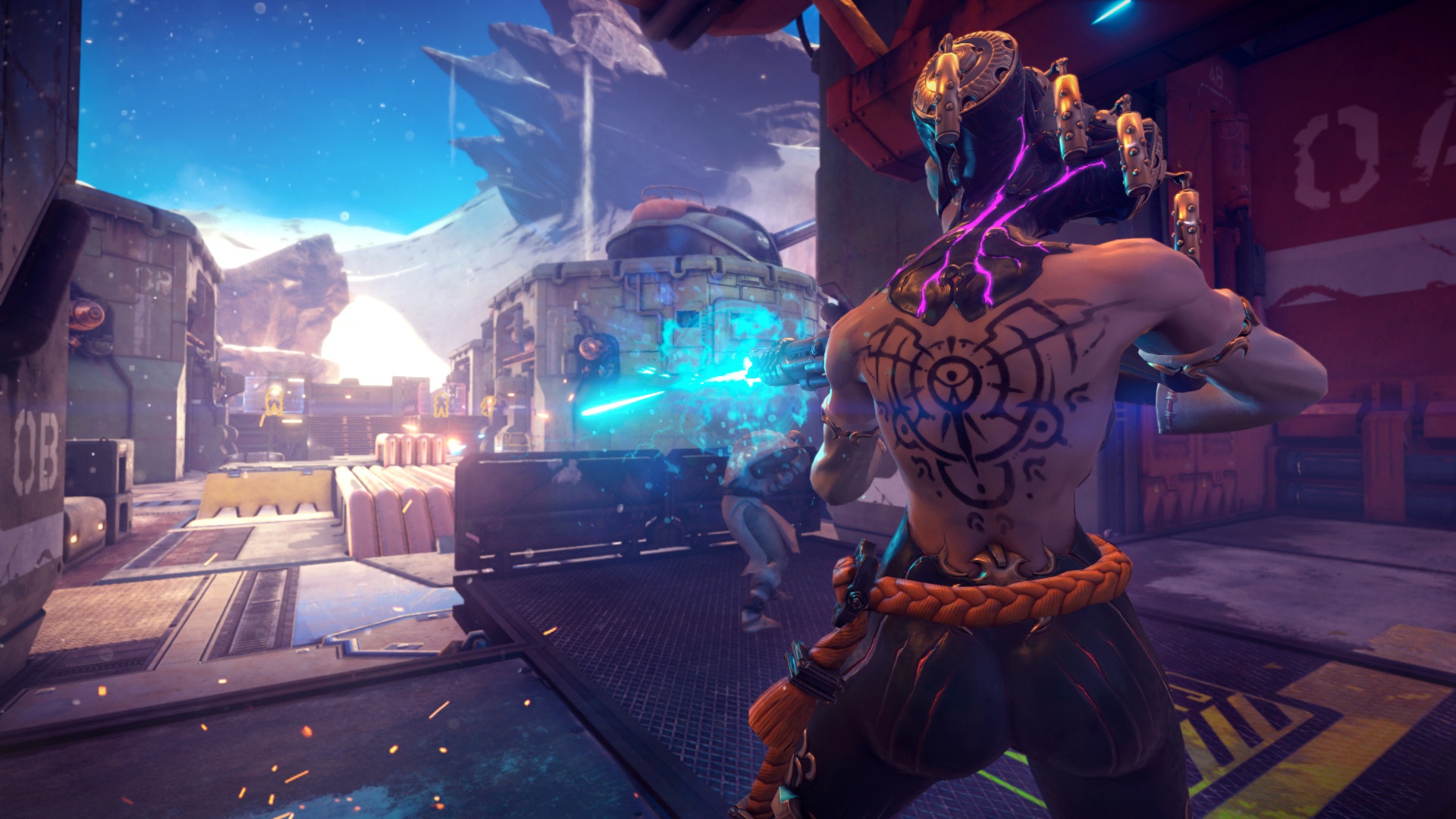 The Raiders of the Broken Planet likes to pretend that it features some sort of elaborate, MMR centric matchmaking. But in reality, it matches you with any players which it can possibly find due to the title’s low player count. And while it is rather easy to find a game on the core maps, and maps which unlock new characters, then the same cannot be said about the remainder of available missions, and battlegrounds. And this is a great shame, as despite of any of the abovementioned flaws, The Raiders of the Broken Planet is a pretty great game, which features one of the most challenging and enjoyable combat systems of the genre.

The Raiders of the Broken Planet, in many ways, is a lot like Overwatch – as it is incredibly easy to pick up, but it is also brutally difficult to master. And this is due to the fact that this particular title, heavily relies on all of its underlying mechanics, as well as its rather impressive gunplay. And yes, you can complete missions by taking cover, and taking down targets with your guns one at a time. But if you really want to contribute, and take the centre stage, you’ll need to learn how to play all of the title’s unique characters, and most importantly, how to utilise their abilities at their optimal level.

In many ways, The Raiders of the Broken Planet is a lot like the recently released Monster Hunter World, when it comes to its core gameplay mechanics. The combat of both titles feels incredibly heavy yet satisfying, and despite of both titles’ outward appearance, they are both hellishly difficult to play at a proficient level. But in truth, this is exactly where The Raiders of the Broken Planet, just like Monster Hunter World, excels. And that’s simply because it provides the player with levels of complexity, which ultimately extend the title’s lifespan well beyond its rather limited content.

Ultimately, The Raiders of the Broken Planet may not be the world beater which some may have expected it to be. Yes, sure, some of its features are beyond excellent and allow it to scale the ladder of quality relatively quickly. But at the same time, it suffers from issues which any self-respecting online shooter should not be having. And while small balancing defects could be excused, then the same cannot be said about The Raiders of the Broken Planet’s flaws which stem from the titles shambolic matchmaking, which can completely decimate any fun which one may have with the title at hand.