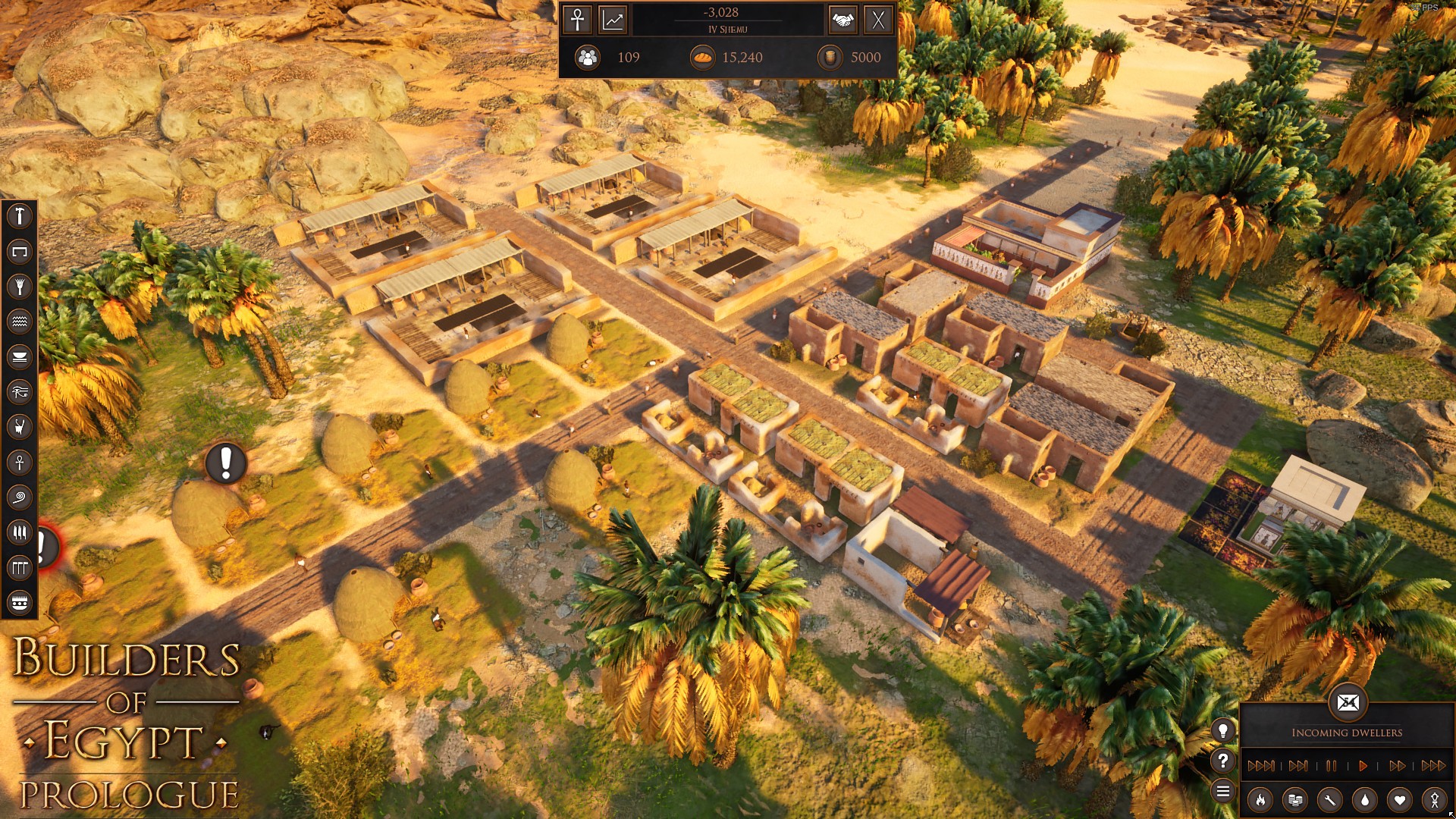 Builders of Egypt is a city-building game developed by Strategy Labs and published by PlayWay S.A. and CreativeForge Games. The game is set in ancient Egypt and sees you expanding your city in the Nile valley. Since the release of its free prologue chapter, many people have pointed out the potential for Builders of Egypt to become a spiritual successor to titles like Sierra’s Pharaoh + Cleopatra and Tilted Mill Entertainment’s Children of the Nile. Judging by the prologue chapter, it certainly seems like Builders of Egypt is gearing up to become a great strategy title.

Visually, Builders of Egypt echoes classic titles like Pharaoh, Caesar III and IV and, in some respects, Banished. Graphics-wise, Builders of Egypt feels like a classic game that’s been given a fresh coat of paint: the deep green valley of the Nile looks stunning and the environment of the game immediately drew me in. The game’s degree of polish is especially impressive seeing as there seems to only be a small team of developers behind it.

Starting off on a small patch of riverbank, the game’s tutorial takes you through the basics like building houses, clay pits, and granaries. You also learn about basic production chains (needed to create bricks or pottery, for example) and how to set up your first trade route. Once you complete the tutorial, you can keep tinkering with your city and expand it as much as you like. 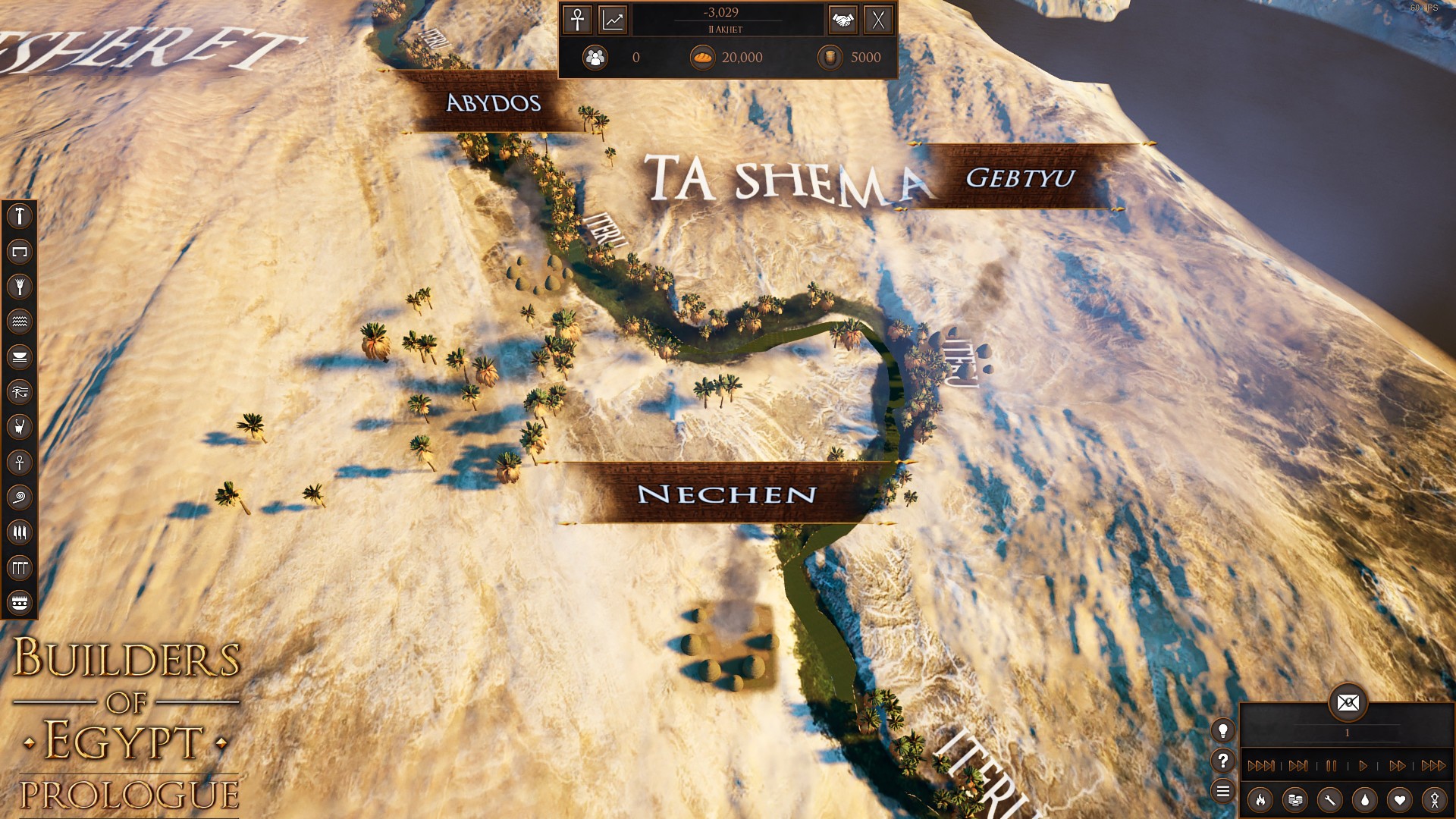 Once I got stuck into expanding my city properly, the importance of placement became clear to me. You must build houses, farms, and water wells in specific areas to keep things moving along, and place service buildings like fire stations strategically as well. Once your population increases, workers will find their own way to your production buildings.

Interestingly, the main currencies in Builders of Egypt are beer and bread. Food and beer are not only used in trading transactions, but also used as payment for your workers’ services. The number of workers you can have in your town at any given time depends on the number of settlers you attract to your city. Similar to games like Anno 1800, you start by building basic houses that are automatically upgraded once more and more people move into them. The more people live in your city, the more workers you’ll gain for your farms, clay pits, and potteries. If settlers don’t have their needs met, for example by not having access to clean water or roads, the house will be downgraded again, costing you valuable labour forces in the process. Essentially, this mechanic underlies everything in the prologue: you’ll have to increase your worker count, keep your city dwellers happy, and wait for the resource numbers to increase. 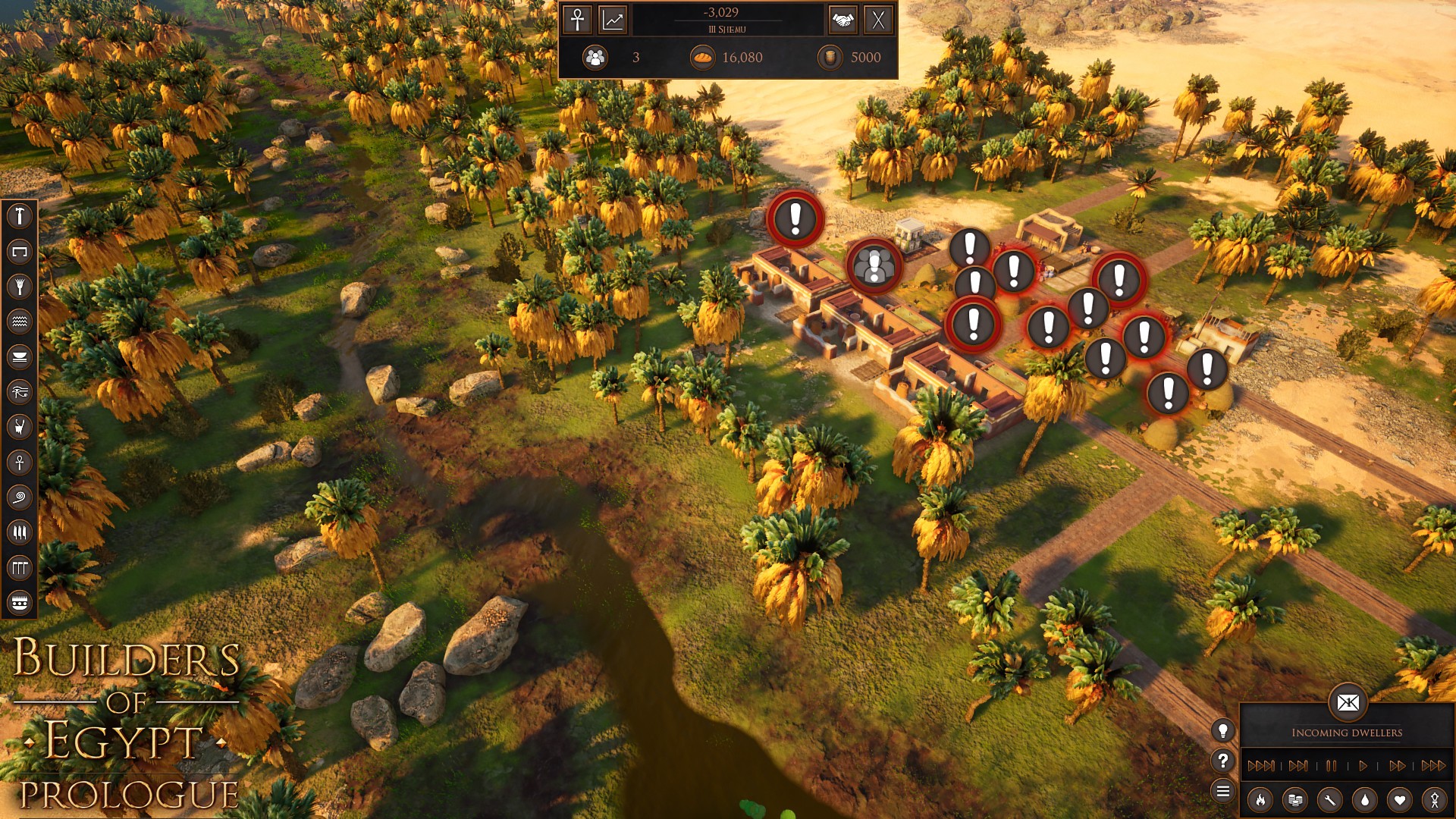 All in all, I found there was plenty in the Builders of Egypt prologue to keep me engaged for a few hours. The city-building mechanics included in the initial demo might not be earth-shatteringly new, but they will certainly keep you entertained for a while. Once you get stuck into it, Builders of Egypt also really nails it with their soundtrack and sound effects, creating a compelling atmosphere in which it’s easy to while away the hours with boats, birds, and crickets in the background. This alone was relaxing enough that it kept me coming back for more.

All that said, the Builders of Egypt: Prologue does what it says on the label: a taste of a game that still needs further work and refinement. The prologue only includes one map; it showcases some wonderful basics, but it’ll need a lot more depth for its full release. However, so far it seems to be well on its way to become an engrossing city-builder that has the potential to offer Egypt fans an enjoyable challenge.

Judging by the prologue chapter, it certainly seems like Builders of Egypt is gearing up to become a great strategy title.

Lise Leitner no longer writes for Bonus Stage. We would like to thank her for contributing 2 Reviews during her trial period with us. Reviewers are an essential part of Bonus Stage and therefore we sincerely appreciate all contributions from reviewers/writers who in-turn help to contribute to Bonus Stage's success. We wish her every success with her next venture.