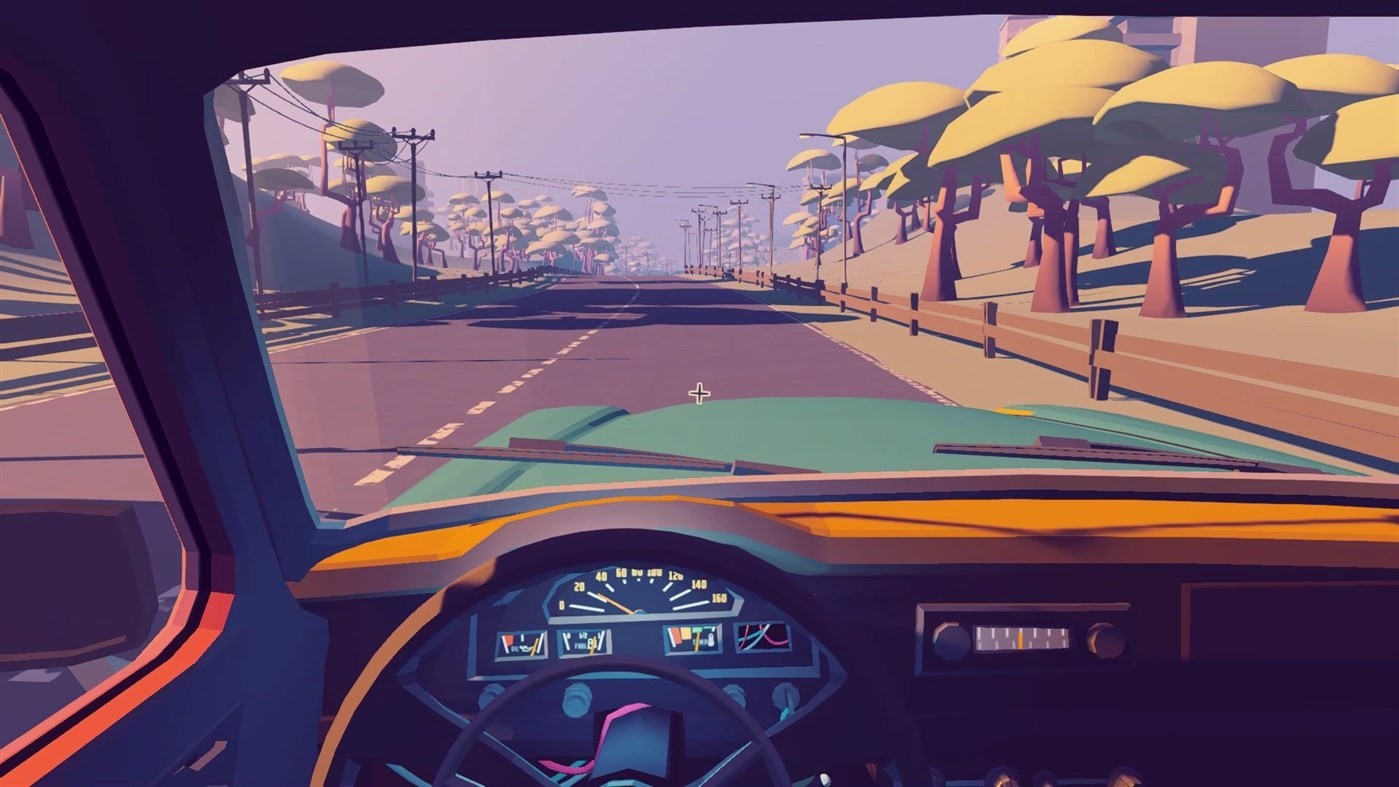 A road trip across Southern China with your cantankerous but loveable aunt in a car that struggles to get from A to B isn’t the most exciting premise on paper, and yes, while ‘exciting’ is not a term I would ever use to describe, Just Add Oil Games’ joyously slow-paced, Road to Guangdong, it nonetheless delivers a resolutely unique and perfectly pleasant gaming experience, one that delves in to the subtleties and complications of familial relationships while still providing enough in the way of admittedly non-traditional gaming mechanics to keep it from ever feeling like an interactive script or book.

Sure, you’ll spend plenty of your time in 90s Southern China driving your car (the charmingly named, Sandy), but unlike the most traditional of gaming tropes, namely, driving really fast, here, given the fact that you’re driving your late father’s car, a car that, despite the pleasing nickname, seems determined to fall to pieces at the first sign of trouble, you’ll have to drive very carefully, and for the most part, very slowly. 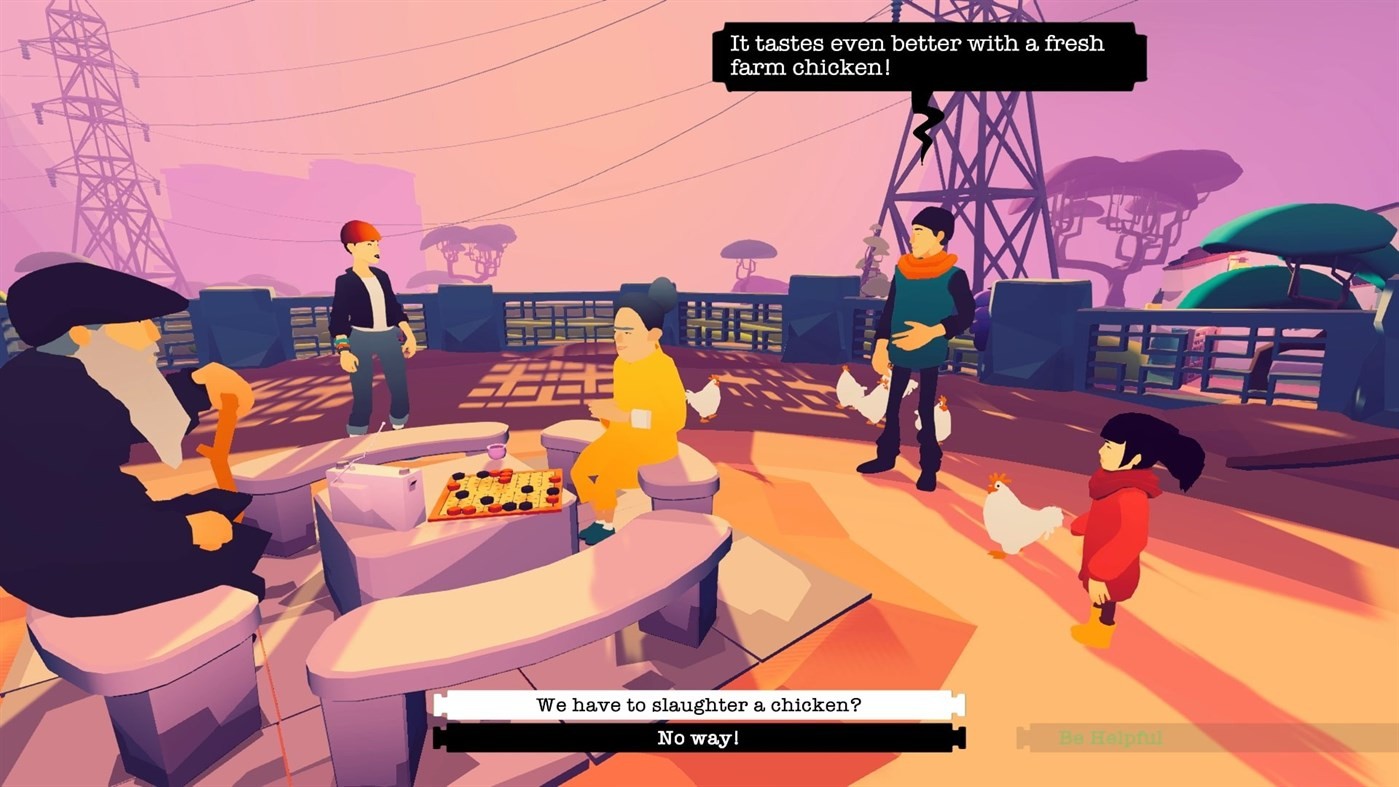 The driving aspects of the game are easy enough from a gameplay perspective with slow speeds and long, wide roads as standard – the challenge comes from the fact that your old car is falling to pieces with each and every element of its ageing frame needing to be managed along the journey. From the most obvious elements of car maintenance i.e. fuel and oil management to the more dramatic need to source and replace parts along the way, Road to Guangdong’s gentle but oddly absorbing car management mechanics deliver a pleasingly grounded gameplay experience while also establishing a unique relationship between you and the car itself.

Ok, so running in to an actual game over screen is possible if your car breaks down and you run out of money, but between looting spare parts from scrap yards for extra cash, the ability to repair the car yourself in a bind or, if things really go wrong, the ability to call of a tow truck if you run out of petrol / Sandy breaks down, Road to Guangdong isn’t actually all that difficult. Despite having to keep on top of things, for the most part, managing your time and cash and making the best use of both garages and petrol stations is a relatively straightforward task – it’s not about challenging your gaming skills as much as keeping you invested in the narrative.

Even if you remove those requirements though, simply driving from one family household to the next, while not particularly exciting in the traditional sense, thanks to the games’ beautifully realised low-fi visuals, the constant companionship (and moaning) of your aunt, Guu Ma and the pleasing variety of your car’s radio, Road to Guangdong delivers an oddly relaxing and utterly charming experience. It won’t be for everyone, of course, but I for one rather enjoyed the slow, (occasionally) carefree drives across the country. Yes, it would have been nice to have a bit more diversity to both Guu Ma’s anecdotes and the actual environments, but the game isn’t really long enough for its general lack of variety to become a major issue. 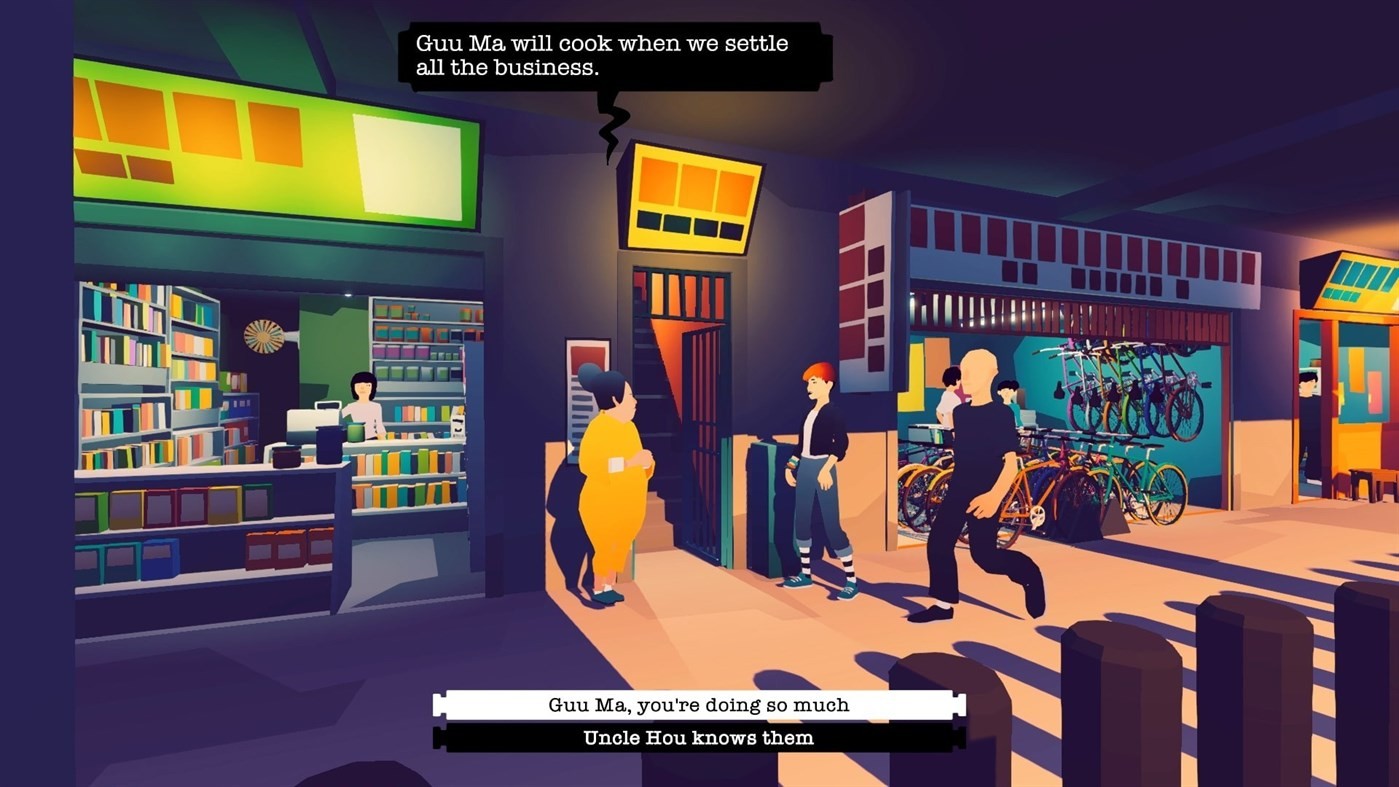 Besides, driving and car management is only half the experience. In your ongoing journey to pick up family recipes for your recently inherited the family restaurant, you must engage in a number of simple but well written narrative puzzles as you stop off at several family homes on your way to the titular Guangdong. Again, none of these are especially difficult, but there is enough challenge here to keep you engaged in the increasingly heartfelt story of Sunny’s extended family and your beautifully evolving relationship with Guu Ma. There are moral choices to be made here, but like the driving elements of the game, it’s more about the experience than the challenge.

Road To Guangdong isn’t a particularly challenging or exciting experience, but it’s a relentlessly charming one from beginning to end, one that provides a unique insight into Cantonese culture while remaining utterly relatable throughout. No single aspect of the game design is especially great, but thanks to some solid writing, a likeable cast of characters and its somewhat unique setting, it’s an experience that ultimately feels more than the sum of its individual parts (much like the rusty but loveable, Sandy). Its slow pace and lack of peril (unless you consider the loss of the family business, particularly perilous of course), won’t be for everyone, but for those looking for a genuinely unique gaming experience, Road to Guangdong is well worth a look.

Its slow pace and lack of peril, won’t be for everyone, but for those looking for a genuinely unique gaming experience, Road to Guangdong is well worth a look.