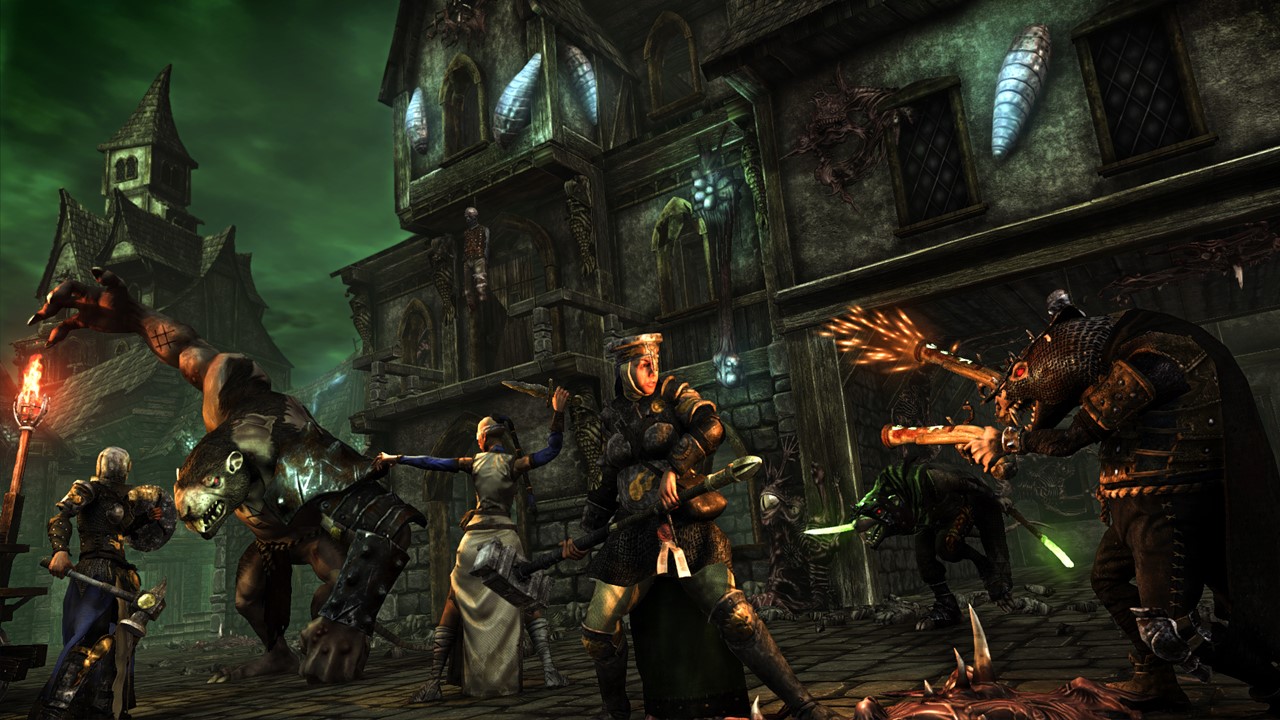 I’ve been particularly excited about playing Mordheim on console since I first saw the Steam version last year. I’m a longstanding fan of Focus Interactive’s other recent Games Workshop licensed game, Blood Bowl 2, and I’ve been hoping that Mordheim would prove to be just as compelling. This take on the classic board game remains true to the roots that inspired it, offering turn based gameplay centred around skirmish battles throughout the titular city of Mordheim.

Players must first choose their warband from the four factions available in the base game (plus an additional crew available via day one DLC) and then hire a leader, a hero and some henchmen before selecting a mission to undertake. Each faction has a campaign to play through, and although they ultimately boil down to the same blend of exploring, fighting and undertaking fetch and carry activities, the story missions are surprisingly varied and extremely challenging.

The factions available vary dramatically both in terms of story objective and in game approach, and there is very likely something for everyone. The Skaven and the Cult of the Possessed are both wholly evil, but their objectives and methods vary dramatically. The Skaven favour ranged attacks and high damage hit-and-run attacks, supported by warp magic, whilst the cultists would rather go blow for blow due to high damage and toughness, as well as a few handy mutations. The human factions in the base game include The Empire and the Sisters of Sigmar, both of whom are certainly less evil, even though their intentions are somewhat self serving. The Empire occupies its traditional role as the versatile jack of all trades choice and the Sisters are a kind of robust mix of melee and magic, with no real option for ranged attacks. 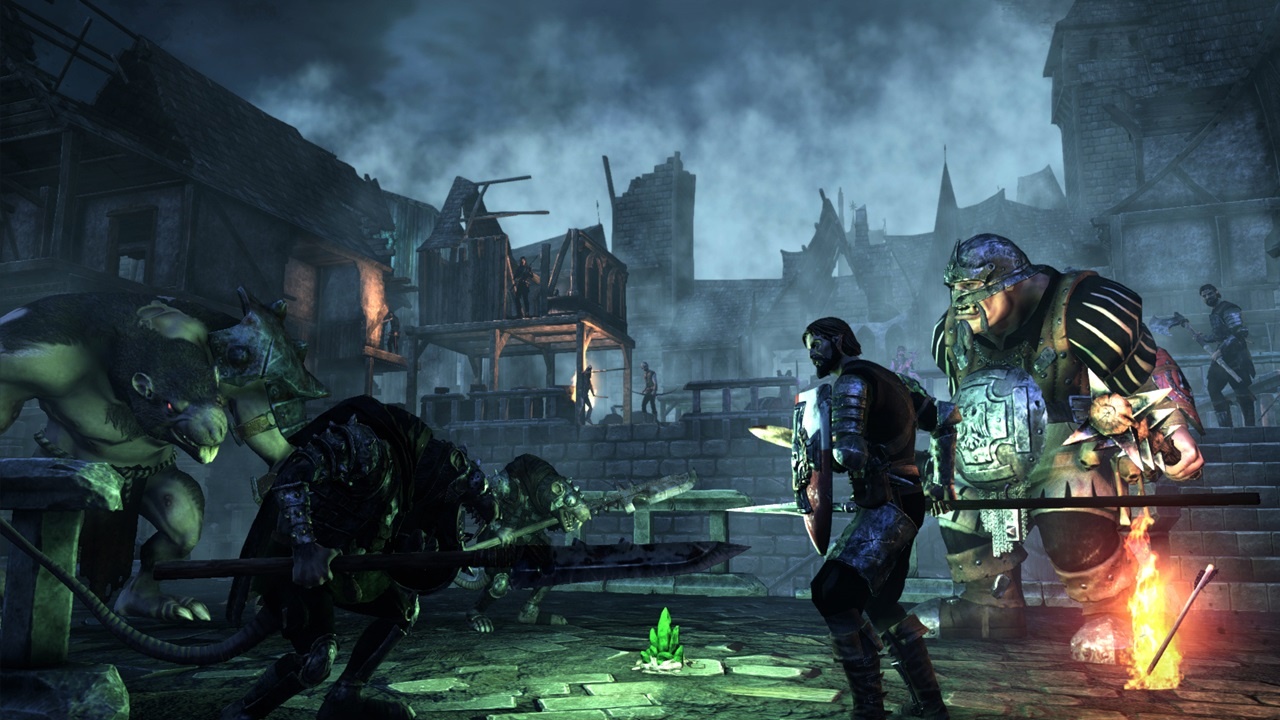 Once the player has chosen a warband, he or she will be subjected to a bewildering array of lengthy descriptions and statistics around the things that will affect play. Thankfully, the game offers a collection of both non-interactive and playable tutorials that do a superb job of covering all this detail, albeit in a hugely wordy way that not everyone will appreciate. Mordeim appears to be a hugely complex game, and it is true that there is an awful lot happening in the background that can be mastered for advanced play. Every additional percentage point that can be squeezed out of the statistics must be capitalised upon, but in the beginning, the game appears more complicated than it needs to.

Once into the game proper, Mordheim really heaps the on the atmospheric detail. Most raps are randomised (or at the very least, there are enough of them that I’ve never seen the same map twice outside of the campaign missions) and all of them are detailed, interesting and playable. There is usually a good mix of open spaces, tight streets and assorted buildings for the combat to take place in. Character models lack detail and individuality at first, but once the warband has levelled up a bit and the player has customised items, armour and suchlike, this becomes less of a problem.

Combat itself is brutally hard, as is overall success. One or two early losses can easily mean forced retirement for a rookie warband, because when characters fall in battle (and especially when the battle is then lost) there is a high chance that they will receive a permanent, debilitating injury or even die. Characters will still need to be paid, and the sub-objective of the game that exists outside of the story missions is to ship the games secondary currency, Wyrdstone, to the warbands primary sponsor. Failure to do so four times results in game over and each missed shipment increases the sponsors demand, meaning the situation can spiral downwards rapidly. 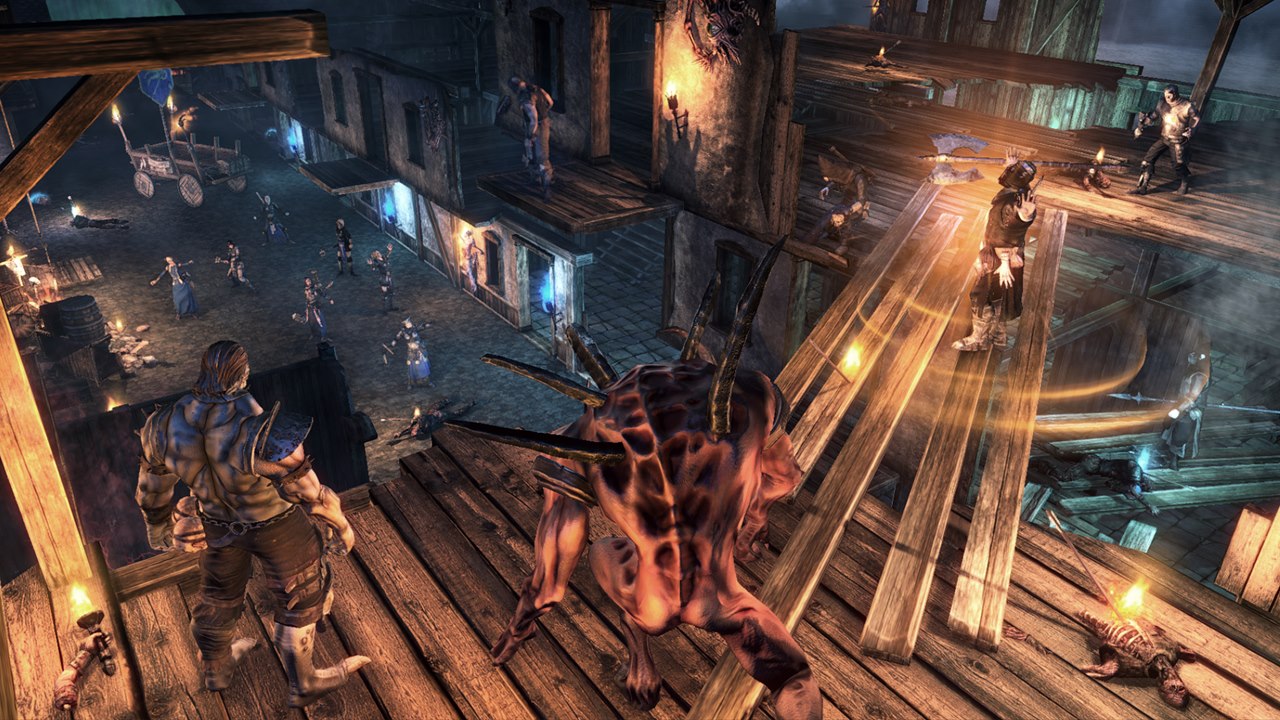 Interestingly, I’ve read many reviews that claim Blood Bowl 2 to be unfairly biased towards the AI when rolling dice, but I found it to be fair on the whole because the intention of a good player should be to leave as little to chance as possible. In Mordheim, I find the opposite is true, despite the fact that I often read about how fair it is. You’ll commonly undertake actions in Mordeim have a success probably of over seventy or eighty percent, but will still fail twice in a row. The stakes in Mordheim are much higher than in Blood Bowl 2 and I’ve lost several characters (and battles) as a result of somewhat questionable rolls.

This is less of a problem when playing against other humans via the skirmish mode because at least both people suffer from the same issue. There are two ways to play against other people in Mordheim including exhibition which is a non-competitive mode where there are no consequences or rewards and competitive, where there are. As is always the case in niche games like this, the quality of opposition is high, but fairly friendly, and I found that relatively few people became aggressive or rage-quitted.

I think Mordheim is just about the best representation of the classic board game that could be expected. It is well made, detailed and crammed with content for both the solo player and the seasoned Mordheim aficionado seeking out a new online player base. Whether you are new to Mordheim or not, this is a compelling game for anyone who is interested in tactical RPG’s, turn based strategy or who has an interest in the rich lore of the Games Workshop, which is superbly realised. I’m a huge fan of Mordheim, and I’ll be playing it for months and months to come.