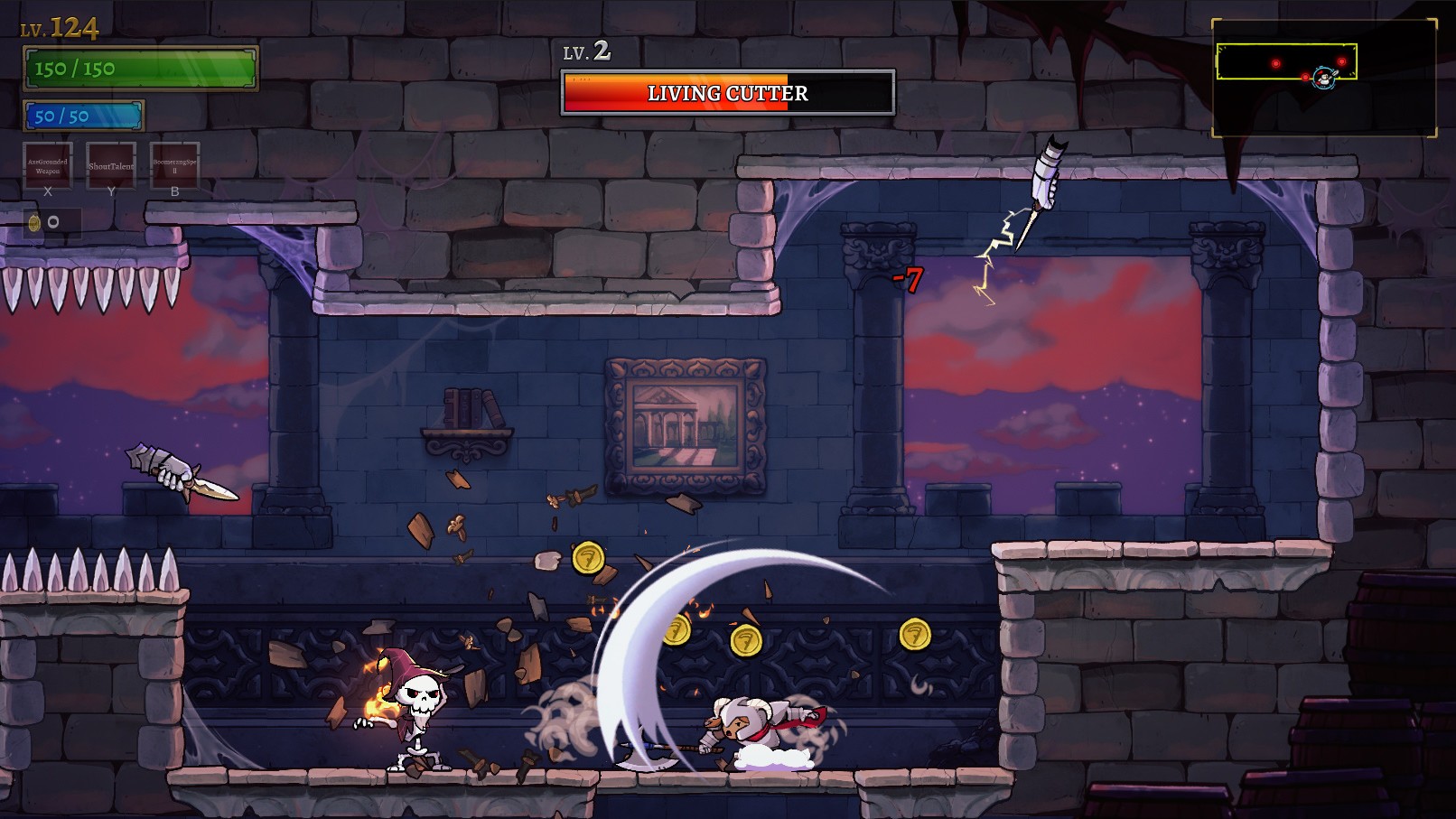 It has been over 7 years, but finally, the time is upon us, the time when Rogue Legacy finally receives a sequel is here. So, was it worth the wait? Well, that is a tricky question to answer and the reason why, is that Cellar Door Games have opted to release Rogue Legacy 2 into Early Access. This obviously means that the current build is missing a lot of content and it’s still a work in progress, so if you were hoping to finally sink your teeth into more Rogue Legacy goodness, then I’m afraid you won’t find that here, yet.

Never played the original and don’t know what you’re in for? Then allow me to quickly sum it up. Rogue Legacy 2 is a roguelite where players control a line of descendants, as each heir does their best to clear the kingdom from whatever evil that ails it. In terms of gameplay, Rogue Legacy 2 is pretty simple and could easily be described as a 2D action platformer. Despite this, there are two things that set the Rogue Legacy franchise apart.

First, whenever you die, you get to pick your next character, your descendant, out of 3 different options. Each of these has their own class, weapon, talent and spell, as well as a unique trait that can considerably alter how it plays, such as gigantism, which turns you into an easier target, or nearsightedness. Despite there being some nasty traits, the game attempts to counter this disadvantage by offering you a gold bonus modifier which increases the more debilitating each trait is. For example, there’s this one trait that makes it so that you die in one hit. However, in exchange, you gain +150% gold. 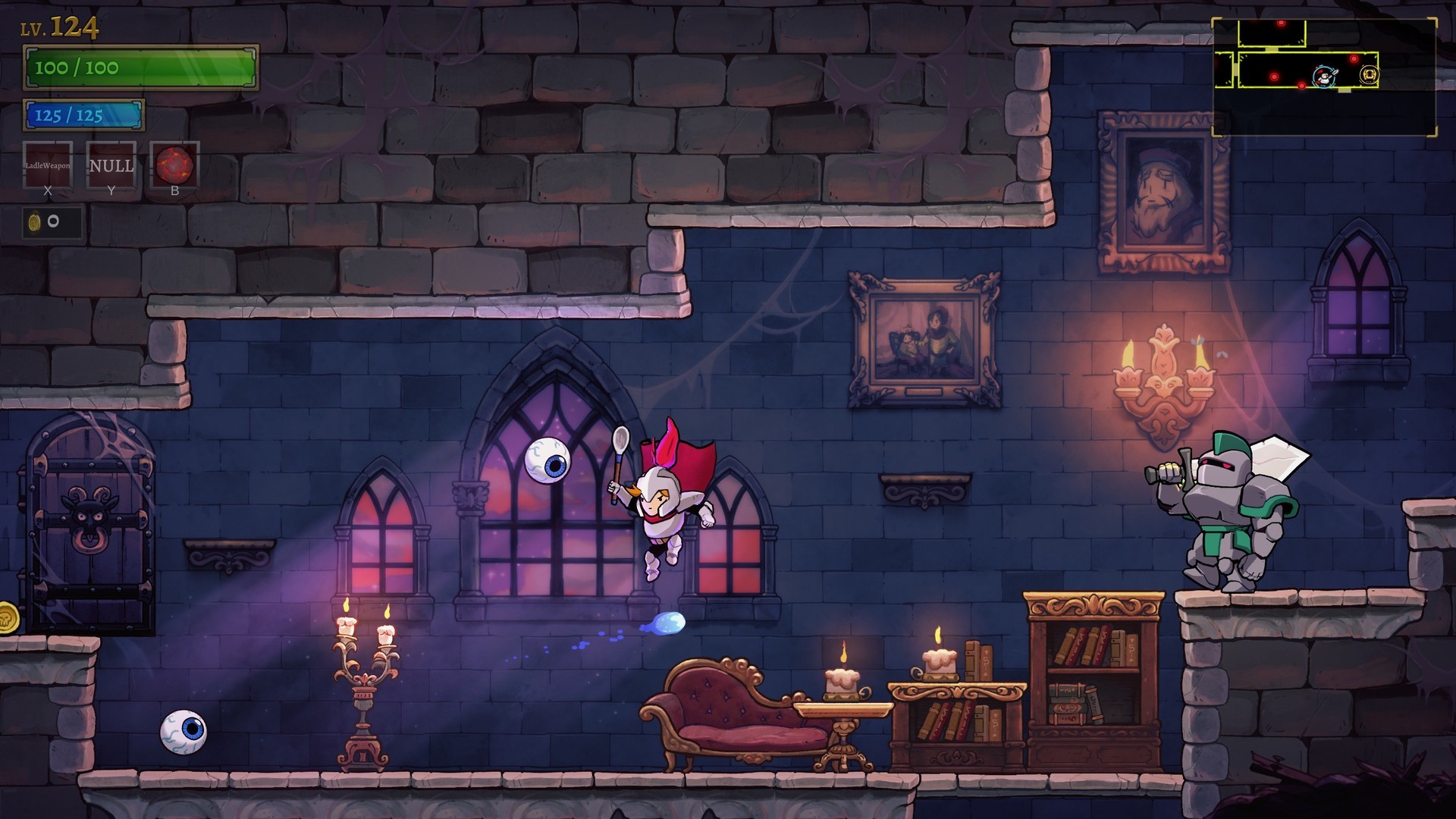 There are currently 42 different traits, with more on the way, and 4 different character classes, barbarian, ranger, mage, and knight. Each has unique play styles and require you to play the game at a different pace. For example, the ranger requires you to aim your bow, which can take a bit of time, while the barbarian attacks are extremely powerful but make you vulnerable as you have to stop moving whenever you attack.

Then there’s the permanent progression and upgrade system which so many people loved from the original. After selecting your descendant, you also get to use any of the gold that you’ve gathered in your previous run to upgrade your castle. If you’ve played the first game, then you probably were already expecting this, as this system is Rogue Legacy’s iconic permanent progression system of upgrades. There are several upgrade paths that open up as you expand your castle and these are not only straight-up stat upgrades such as increased health or weight carrying capacity, you also get to unlock new features and gameplay systems as well as new classes.

The gold that you don’t spend on your castle can also be used to purchase equipment from the blacksmith, or runes from the enchantress, to take with you on future runs. However, before you’re able to start your next run, you actually have to renounce your remaining gold. It’s worth noting that the equipment that you buy, either from the blacksmith or the enchantress, isn’t restricted to your next run, once you buy it you can use it in any future runs, which I appreciate since it can make the game more bearable for some people if they’re having trouble. 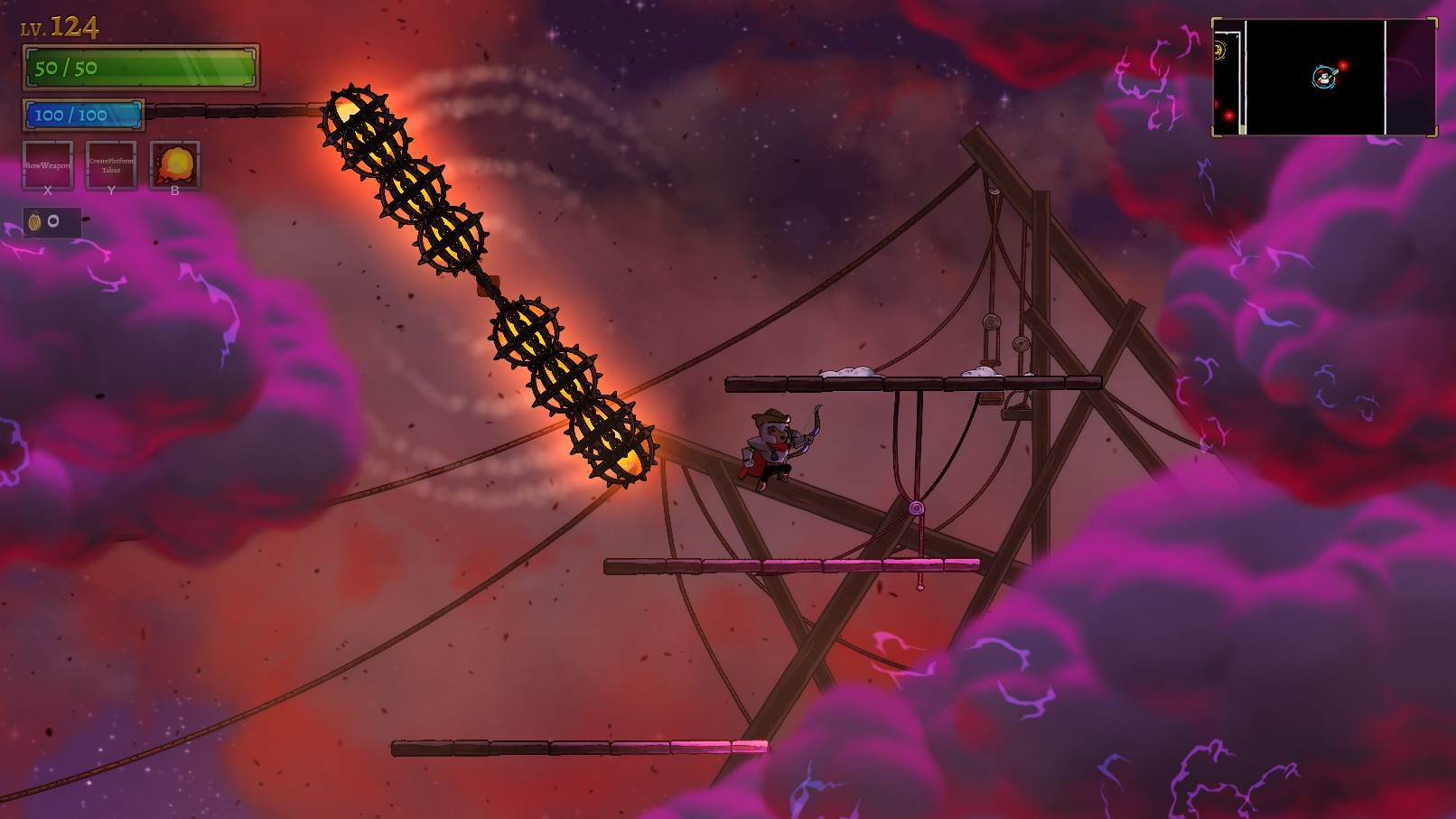 There are also key abilities that you need to unlock certain areas in the game, that can only be obtained by passing these really challenging trials where your skills are put to the test. The first one that you must acquire is the dash ability, which will not only allow you to progress further in the game, but it will also give you much more freedom in terms of movement while exploring the citadel and fighting enemies.

Rogue Legacy 2 also follows the usual room system of roguelites where the world is randomly generated each time, but you can expect to find over 700 different rooms at the moment, with each being interconnected. There are also secrets, environmental hazards and traps that you should monitor, as well as journals that yield some tales about those that have come before you and what has led the world to be in its current state.

Although I absolutely adore Rogue Legacy, there is little content in the current Early Access version of Rogue Legacy 2. There are a lot of upgrades, areas, classes, enemies and bosses missing and the game only currently features “1.5 biomes”, as the developers are saying. What this actually means is that the second biome isn’t ready, but the third one is, so the developers have opted to let players take a shortcut so that they can experience the third biome. However, it’s worth noting that it’s not complete, and it isn’t properly balanced yet. Still, if you love Rogue Legacy’s simplistic approach to combat and have just been craving for more, then I’m sure you won’t be disappointed by this sequel. Nonetheless, I’d highly recommend you wait a while longer until there’s more to do in the game.