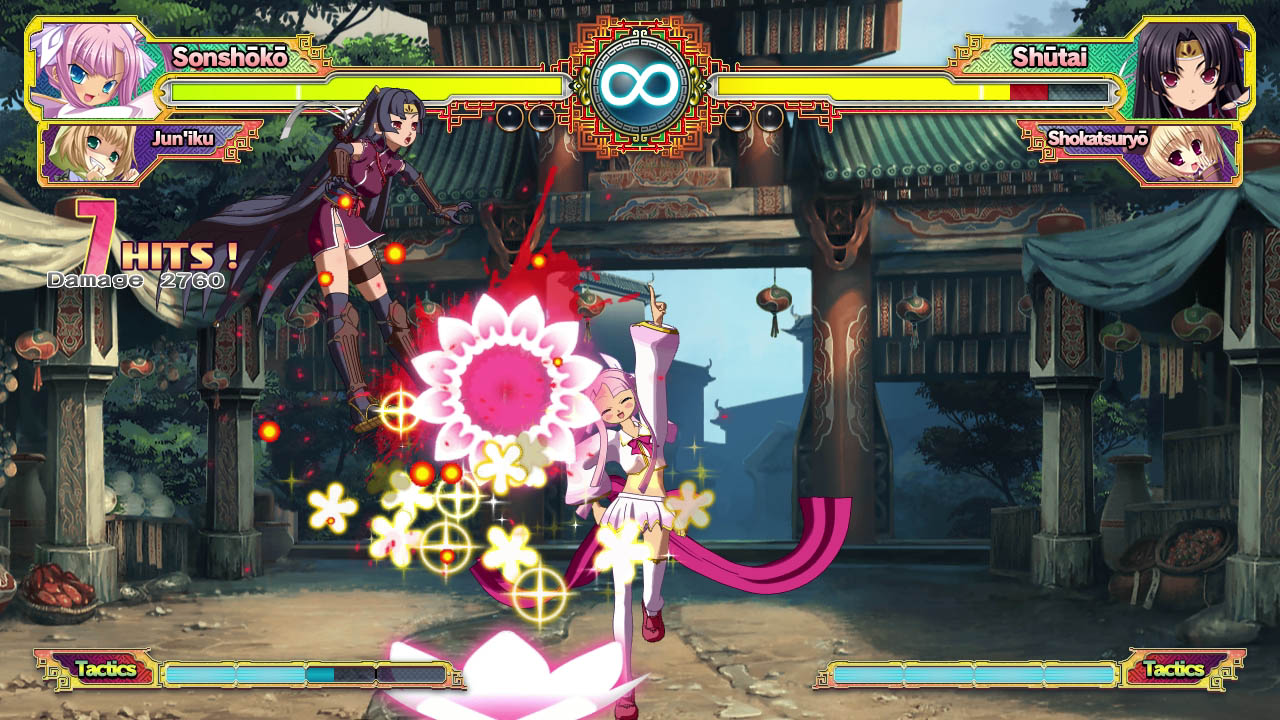 Gamers can relate to the adrenaline rush of finding a hidden diamond in the rough – a game that few may have heard of, but wholeheartedly deserves more recognition in the mainstream. For fighting games, we’re always spoiled for choice. Plenty of fighters fly under the radar year after year, with only the premium AAA experiences really rising to the ranks of Evo and beyond. That said, Koihimi Enbu RyoRaiRai from UNKNOWN GAMES and M2 certainly fits that criteria, because it’s undoubtedly one of the finest diamonds in the rough I’ve played in recent memory.

Koihime Enbu RyoRaiRai is an arcade-style fighter that serves as an extension of the Koihime Enbu arcade game. It mostly utilizes 2.5D sprites, with its most defining characteristic being its roster of fighters largely made up of female anime characters. Each character is unique and distinct in their design, with their own range of fighting styles and melee weapons. Immediately, the art and sprite animations should feel familiar to anyone who has played an Arc System Works fighter, because it certainly draws plenty of inspiration from the likes of Guilty Gear and BlazBlue. In many ways, it also matches those games’ high-octane, flashy and fast gameplay. What separates it from its counterparts, though, is the ease in which you’re able to simply pick up a controller and learn even the most demanding combos with little practice. 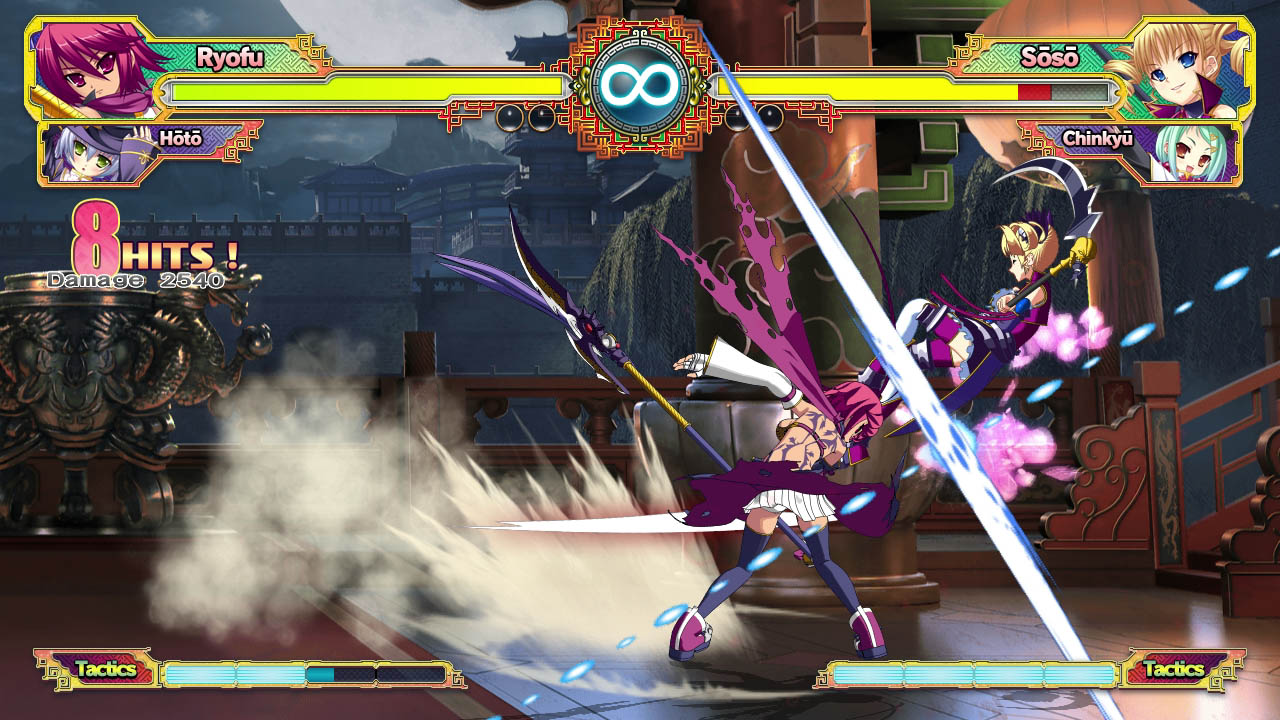 The gameplay of Koihime Enbu RyoRaiRai is breakneck, full of energy, and most importantly, incredibly stylish and satisfying to play. Matches playout in an all-too-familiar fashion with tried-and-tested mechanics: you have a health bar and a kind of super “Tactics” meter that gradually builds up in battle, allowing you to pull off combo breakers, parries and heavier moves. Unique to the game is the inclusion of an “assist” character who you don’t directly control, but they show up to offer various support buffs and counters. They’re mostly tied to the aforementioned Tactics meter, so you can’t completely spam your way to victory by using the assist. At first, it seemed strange having what is essentially an AI-controlled back-up fighter, but because of their limited usage, it kept matches fairly balanced and still reliant on your skills.

You’re offered a multitude of modes and options when you first boot up Koihime Enbu RyoRaiRai. The Arcade Mode serves as your quintessential “story mode” that offers some backstory to each individual fighter. This is all told in text-based format, though, so it’s difficult to follow the action and story development initially. Sadly, there’s not much here beyond some funny or otherwise inconsequential confrontations. There’s barely an overarching story that really connects everything, but by the time you’ve progressed with a few fighters, you won’t find much reason to keep yourself invested. In total, there’s over a dozen characters to choose from, though the game largely sidesteps having a meaningful story in favour of its gameplay – and here’s where it gets really exciting.

The combat, much like Guilty Gear, explodes on the screen in a dazzling display of vibrant colours, particle effects, and well-animated movesets. While it isn’t a AAA fighter by any means, Koihime Enbu RyoRaiRai certainly carries itself like one. The quality of the animation while in battle is phenomenal, accentuated by stylish, surprisingly intricate combos and responsive controls. Whether you’re just learning the basic attacks or trying to pull off each fighter’s more challenging movesets, the controls are tight, intuitive and just feel great all round. 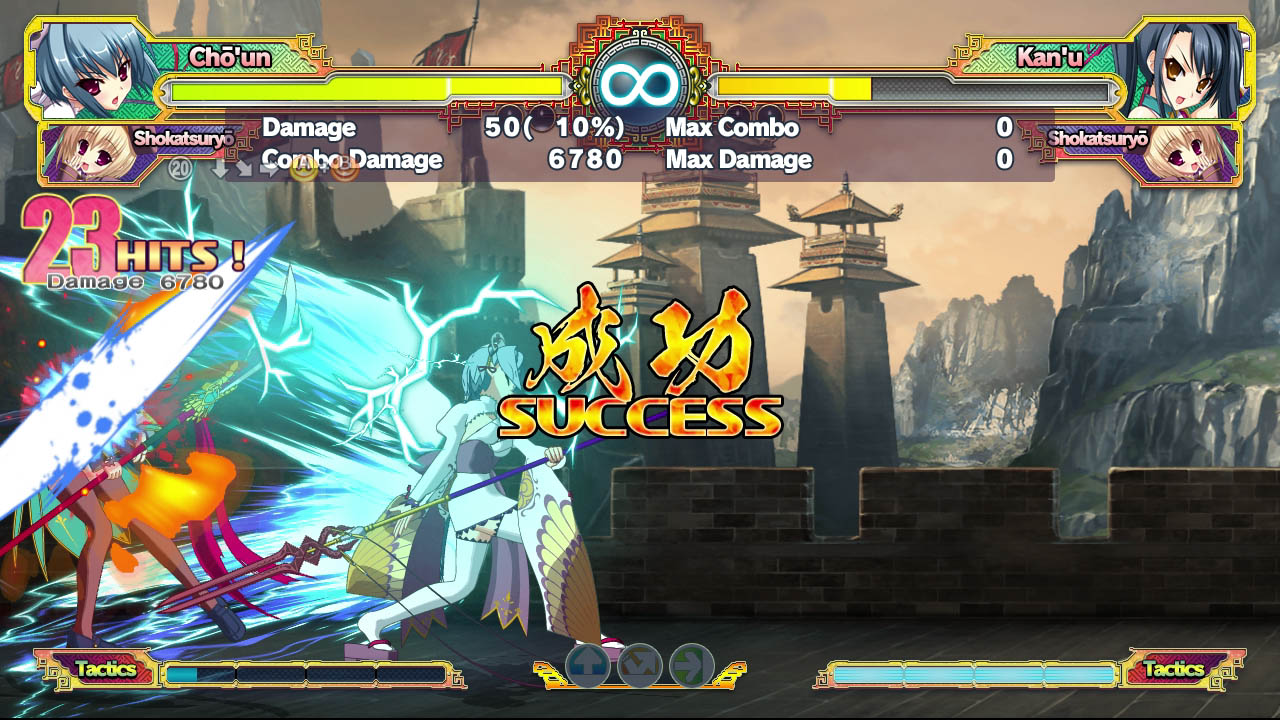 Outside of Arcade Mode, you can take to Training to hone your skills, or challenge friends via Versus Mode. The fact that each fighter felt distinct in their play style made for some interesting matchups and never got tiresome even after a few fun hours. In this regard, it certainly takes a lot of the fun factor from Arc System Works’ greatest hits and combines them to make a highly enjoyable fighter. Unfortunately, the Online Mode was mostly deserted. After spending many hours trying to find a match, I eventually gave up because the tragic reality is that nobody is actually playing Koihime Enbu RyoRaiRai. It’s an unfortunate misstep that isn’t entirely the fault of the game, but it has significantly hindered its longevity.

There’s not much else I can really criticize about Koihime Enbu RyoRaiRai apart from its wasted Online Mode and minor nitpicks, like some uninteresting backgrounds and levels. It’s a polished, highly entertaining, and fast-paced fighter that maintains a strong momentum of skill-based gameplay and flashy, over-the-top anime visuals. It also gratefully doesn’t spiral into the “fan service” trappings that plague similar anime-brawlers like the Senran Kagura series, instead wisely choosing to respect its characters while offering them enough history to be somewhat three-dimensional (at least as far as some of their revealing designs go). Koihime Enbu RyoRaiRai is simply a blast to play and earns its marks as a true hidden gem that sadly didn’t get the attention it really needed to evolve into something that can stand toe-to-toe with the upper echelon of Evo fighters.

Koihime Enbu RyoRaiRai is a diamond in the rough, at its best able to trade blows with some of the finest fighters on the market.