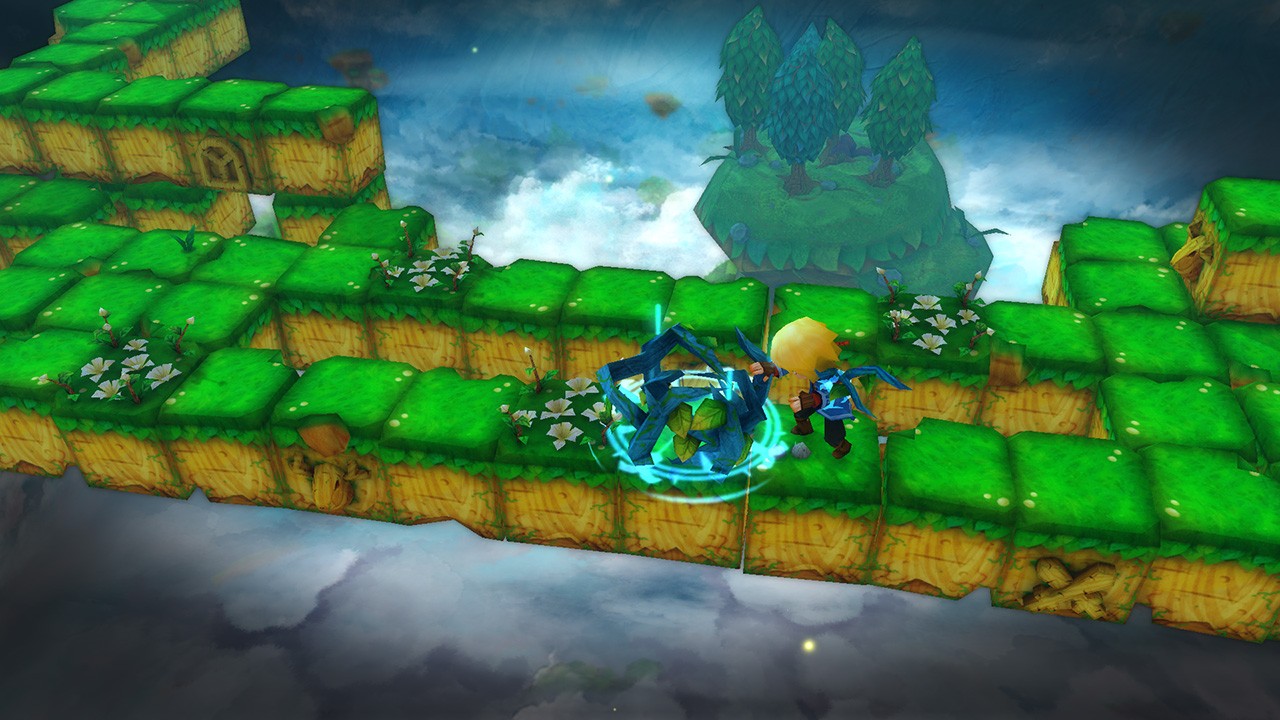 When Almightree: The Last Dreamer launched for mobile devices a few years ago, I was intrigued with the level of production and development done on the title. It offered a visually impressive gaming experience added to a unique story and mechanics which combine 3D-platforming and puzzle-solving gameplay, which set it apart from the rest of the competition in the mobile gaming landscape. And while it stood out during that time, how does it fare in its transition to the Nintendo Switch? Let’s take a look!

Almightree: The Last Dreamer starts you off with an interesting narrative – you play the role of “The Dreamer,” who has to restore balance to a dying world. You are the last of your kind, trying your best to stay safe from a plague which is shattering the world all over. There is a cure to the destruction, however – which comes in the form of “Almightrees.” Your character possesses powers, which can restore the Almightrees back to life, and this becomes your main objective of most of the game. Graphically, the game looks good for an indie title, even one originally designed for mobile platforms a few years back. In-game visuals are brightly coloured, and elements and set-pieces don’t look out-of-place in Almightree: The Last Dreamer. The in-game world reminds me a bit of the floating platforms in games like Bastion, and the blocky look fits with the game’s theme, which brings us to the gameplay. 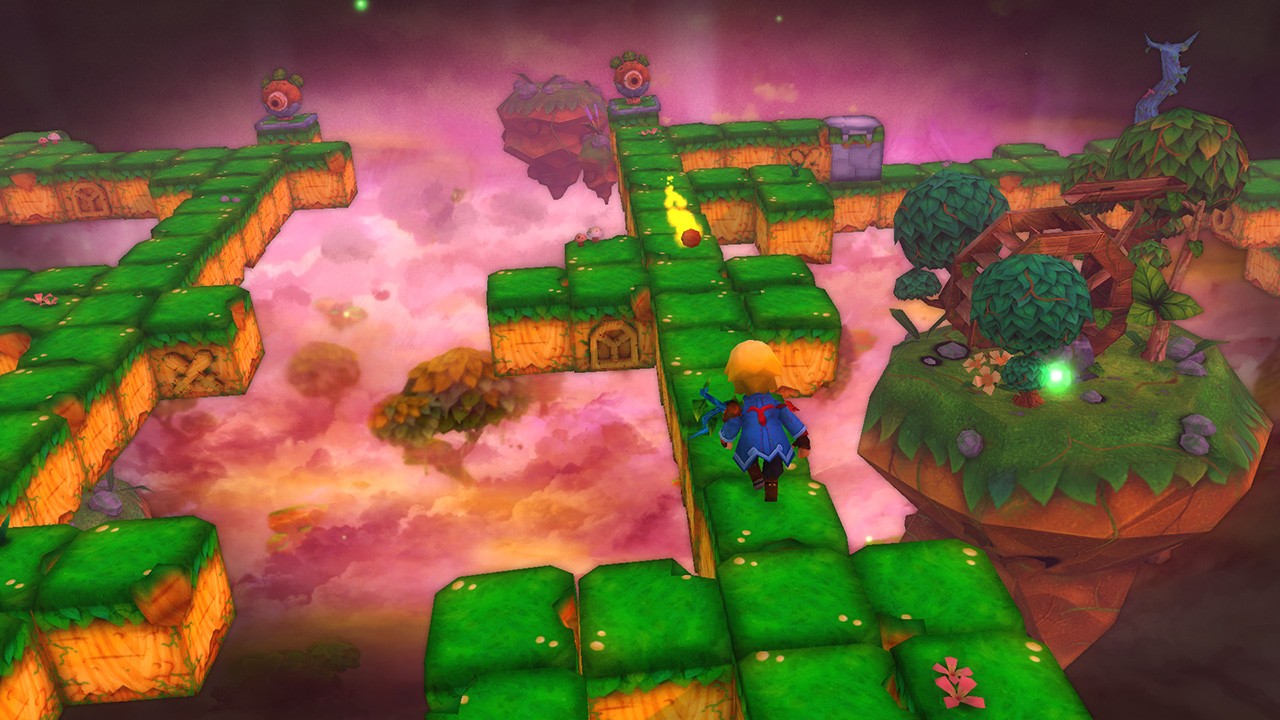 Almightree doesn’t waste much time and leads you straight to the action. The main menu lets you select which level you’d like to tackle, although you will have to beat existing levels to unlock subsequent ones, which can be done through a variety of different difficulty settings. The game puts a spin on the age-old video game objective of getting from point A to point B, by placing your character in a layout of floating blocks. Sounds simple enough? There’s a catch though – the blocks behind you are crumbling, and you must reach the Almightree at the end of the trail to finish the level. Your character has a special ability called “Plantsportation” which you will use throughout the game, mainly to transport blocks from one space to another. Transporting blocks will help you make your way towards the end goal in each level, allowing you to cross empty spaces, climb up vertically positioned blocks, as well as clearing up pathways along the trail. As you progress further in the game, more obstacles will rear their ugly heads – for example, Gatenia plants scattered throughout courses will force you to rethink your path as they break your Plantsportation ability should you step on them.

Finishing each stage gives you a score based on your completion speed. The developers have also added challenges which can be unlocked by playing the game on hard mode, which adds a bit of replayability. Honestly though, the game can get tedious at times, and I took several breaks to restart stages, and there are only around twenty of them. 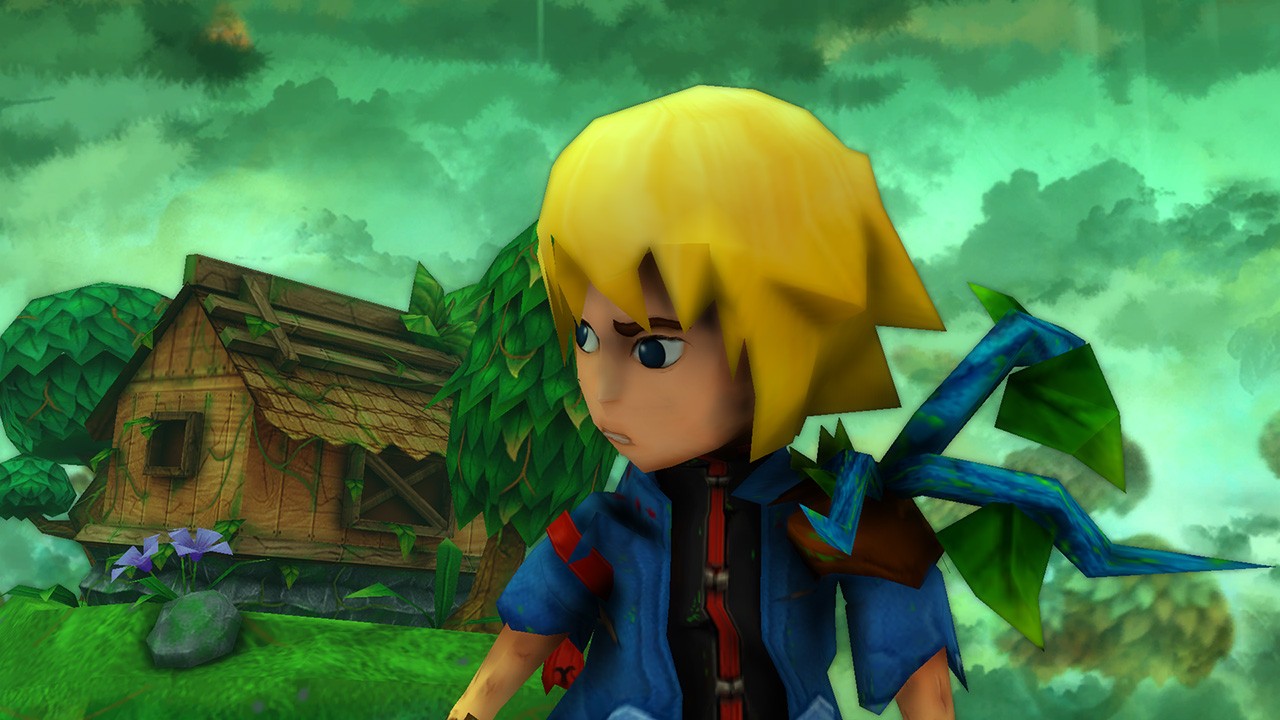 Almightree: The Last Dreamer sounds good for a game of this calibre. In-game music and sound effects are good, and there’s even a bit of voice-acting which to be honest is impressive. However, as with the gameplay, it can get repetitive at times. But mostly, it’s not bad compared to a lot of indie titles out there on the Eshop.

So, does all this make Almightree: The Last Dreamer an indie title worth playing on your Nintendo Switch? Well, if the premise and the core gameplay interest you enough, then by all means go for this. However, if puzzle mechanics and repetitive gameplay are not your cup of tea, then you may want to reconsider this one.

Almightree: The Last Dreamer tasks you with saving trees through block puzzles and platforming mechanics.