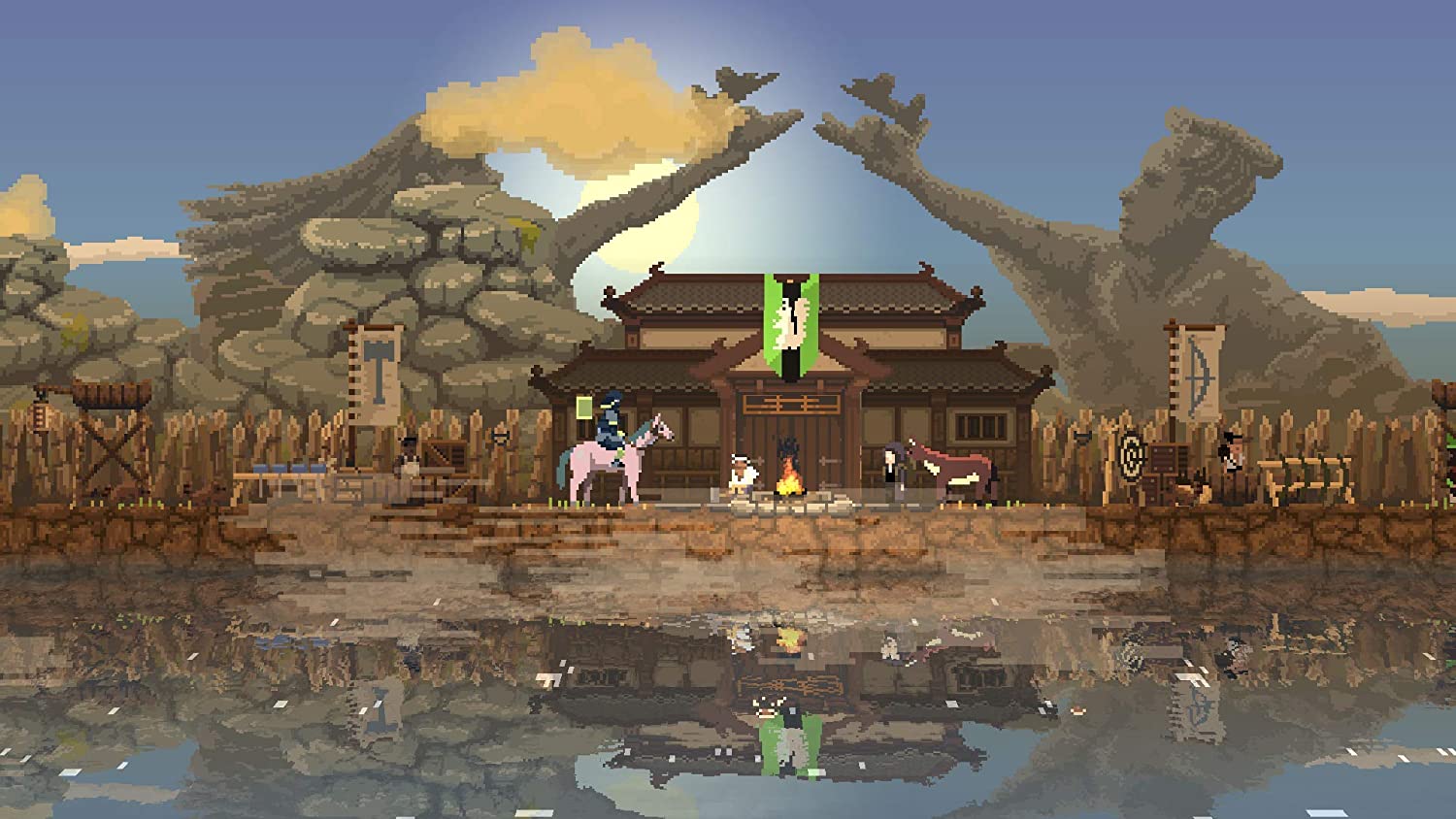 Kingdom Majestic, from indie developer Raw Fury, is a strategy RPG that takes a minimalist approach to gameplay. This bundle features both Kingdom: New Lands and Kingdom Two Crowns, with the latter being the most recent instalment. Between the two, the core gameplay remains the same; find coins, build defences, recruit villagers and protect your kingdom against the greed. However, Two Crowns acts as the definitive version.

You start as a shipwrecked monarch with only your steed in a strange land. You are greeted by the ghost of the previous monarch who failed to protect their kingdom. They lead you to a campfire, provide you with a few gold pieces, tell you how to recruit new subjects and then you’re on your own. After a couple of nights, monsters called the greed will attack your kingdom. If your defences are too weak, they will pillage everything. Your villagers, tools, gold, and eventually they will come for your crown. If you lose it the kingdom falls. But don’t worry, you’ll start again with more knowledge than last time and will progress further and further each time. In Two Crowns it is instead an heir to your throne that will take over a dilapidated version of what you once built. Which feels like a godsend compared to losing everything and starting again. 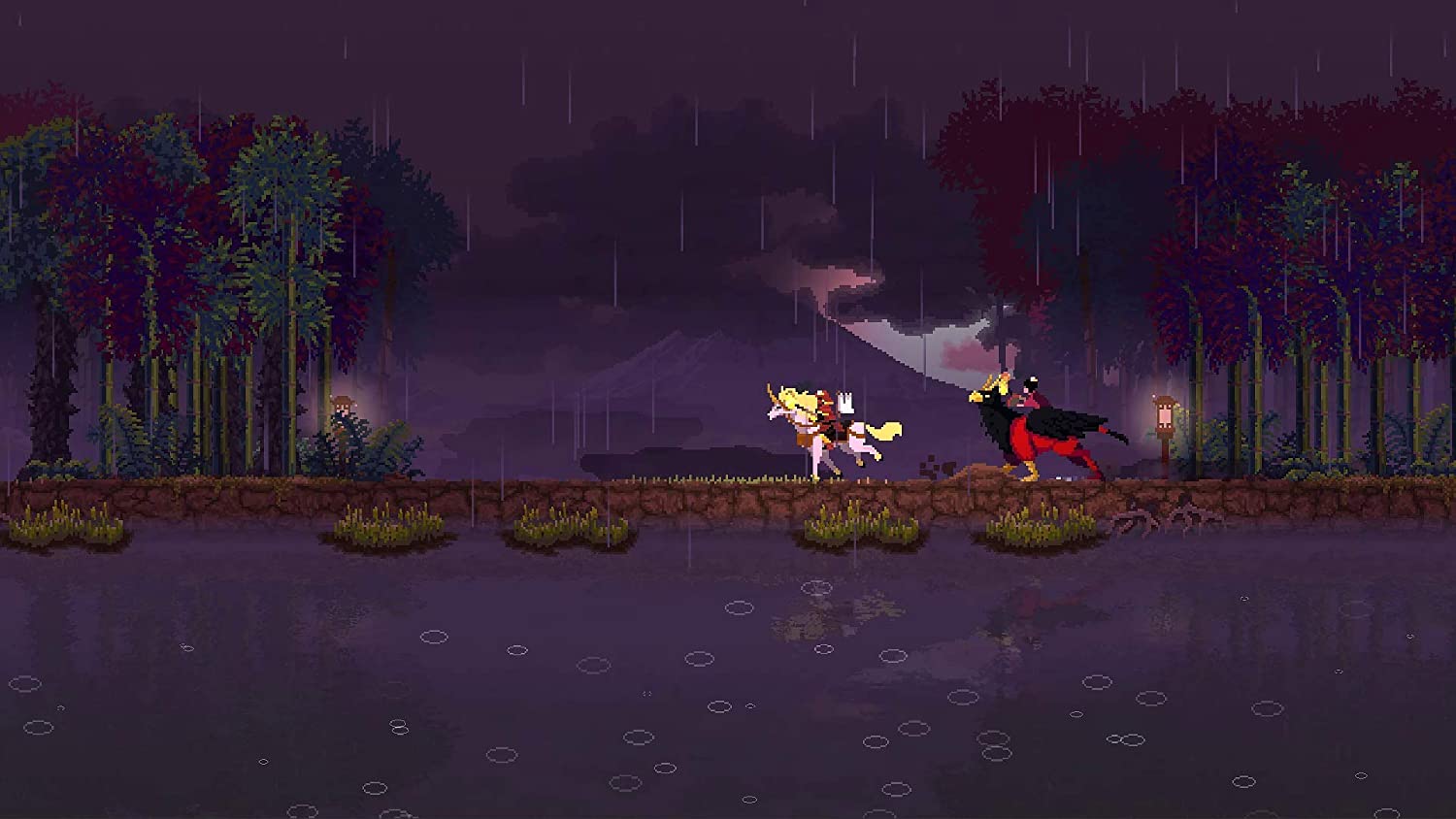 Kingdom Majestic adopts a modern pixel-art style which compliments the games minimalist playstyle, reflecting the seemingly simple outer shell with a complex core. As the game exists entirely on a horizontal plane, the scenery works incredibly hard towards making the world feel bigger than it is. The foreground is filled with water, which reflects your kingdom and the sky. The background often has grand structures in the far-off distance, such as collapsing statues of former monarchs. The foreground and background move in parallax, helping the world to feel more expansive and give your steed a sense of speed. The animations for the steeds are smooth, avoiding the potential chunkiness that can come with a pixel-art style. A personal favourite being the Griffin, a steed that can be used to attack the greed. Kingdom Two Crowns also comes with two other visual styles on top of the default. The Shogun version which transports you to feudal Japan, and the Deadlands version, a crossover with the horror action-RPG Bloodstained. Switching between these three styles is refreshing, with each creating a unique atmosphere for your run through. 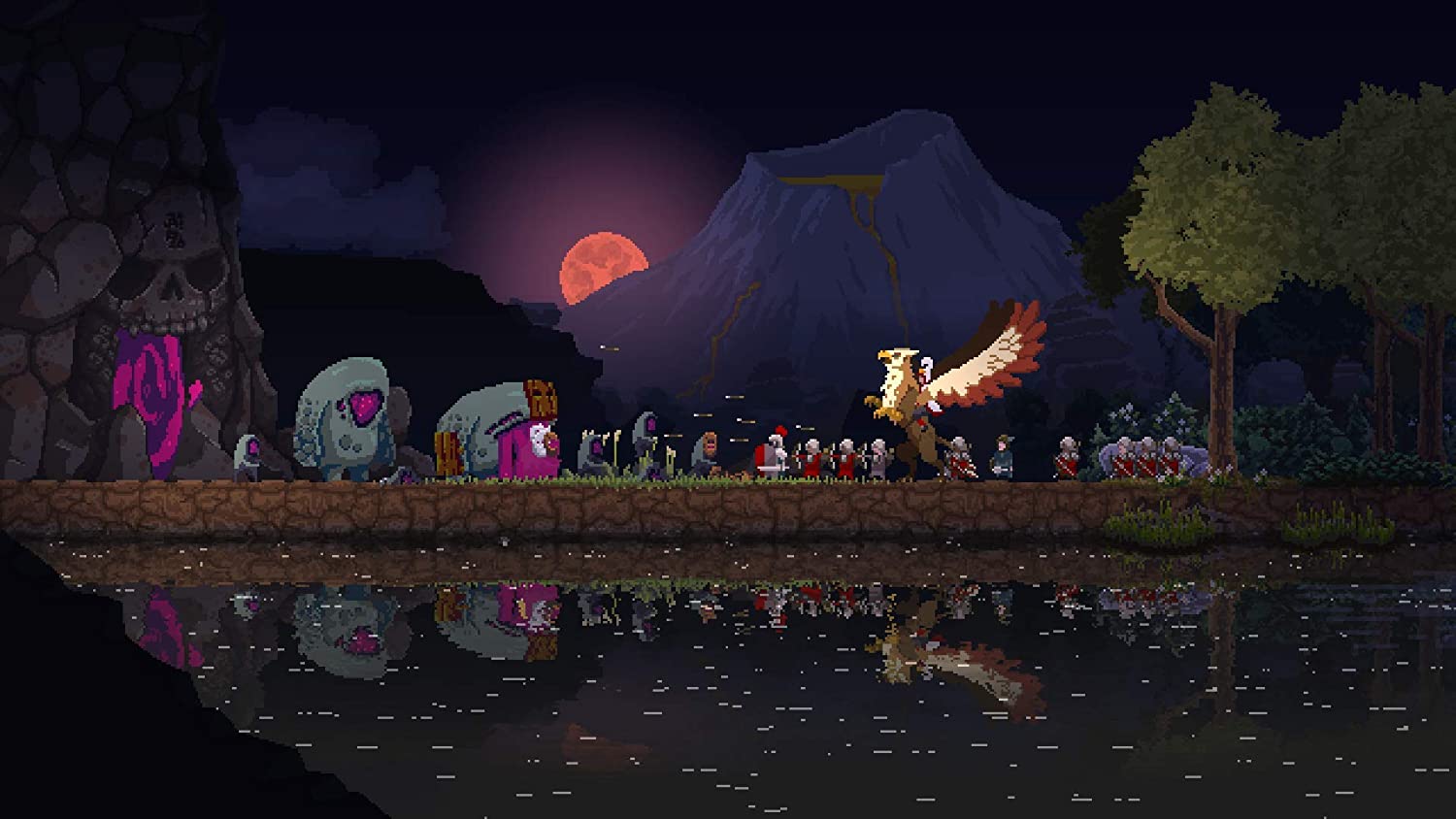 The gameplay is challenging in its simplicity, leaving you to figure out the internal mechanics for yourself. And you’ll learn something new every time your kingdom falls. Perhaps you send a worker to improve a wall, but you misjudge the timing and the greed break through your city defences and then you lose all your villagers. Or perhaps you cut down a tree and the merchant camp disappears. With the merchant being an invaluable money resource at the beginning of your run, you want to keep him around as long as possible. These small factors can make or break a run. It is this unforgiving attitude to gameplay that makes it so captivating. They also offer a rewarding sense of progression each time you figure something out, which makes the game highly replayable.

Kingdom Majestic translates well to the Nintendo Switch. Since the game only requires three buttons to play, you can use just one joy con. This is made even better for Two Crowns as local Co-op can be played without having to splash out on an extra controller. And since the controls are so simple, the smallness of a single joy-con doesn’t prove a nuisance to overcome.

Kingdom Majestic will appeal to fans of micromanagement and tower defence games, as well as pixel art enthusiasts. Delivering on a minimalist approach to gameplay whilst keeping it engaging, this bundle is definitely worth picking up from the Nintendo E-shop or the physical copy from stores, which contain bonus art and covers.

Kingdom Majestic, from indie developer Raw Fury, is a strategy RPG that takes a minimalist approach to gameplay. This bundle features both Kingdom: New Lands and Kingdom Two Crowns, with the latter being the most recent instalment. Between the two, the core gameplay remains the same; find coins, build defences recruit villagers and protect your kingdom against the greed. However, Two Crowns acts as the definitive version.