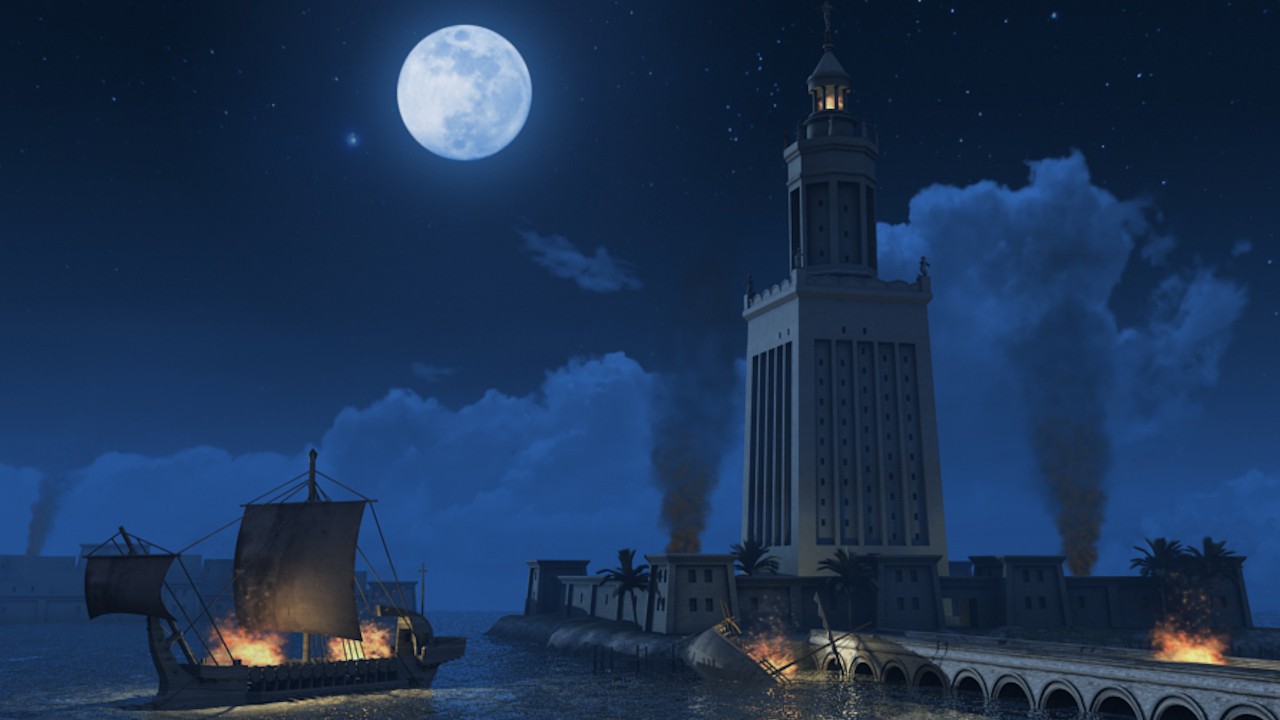 Point and click adventure games are always one of those vehicles that can be a huge hit or a miss on the Nintendo Switch. Because of the fundamental nature of their creation – clicking around with a mouse to logically put together ideas – these sorts of titles can, occasionally, be quite successful and enjoyable, particularly when formatted or adjusted to the way the Switch handles things. The Wardrobe, Rainswept, Truberbrook…even realMYST have a good handle on how to move about the screen (though some are better than others). However, it’s important to also have substance behind the style: a good story, compelling characters, interesting dialogue. I took on Secret Files 3 because I wanted to challenge myself to enjoy a game without knowing the former storyline. To be brutally honest, I think I failed that challenge, but I don’t know if that’s entirely on me.

Secret Files 3 is a bizarre one because, as it turns out, there are two previous Secret Files games, each with a subtitle: Tunguska and Puritas Cordis. These both give at least some direction as to where the game is headed, even if not a ton of information. So having this third instalment just be emblazoned as “3” already felt like a weird start. Plus, this game does not start out with the protagonists of the previous game, Nina and Max. Instead, you begin in Alexandria, 48 BC, guiding some thief into the famed Library to steal some papyrus scrolls. Eight confusing minutes later (give or take), the game begins, and it starts…in a church. That’s mostly empty. Apparently it’s your wedding day, but there are no guests, just Nina, Max, and a creepy priest who decides apocalypse letters are what’s to be read. After another confusing and chaotic ten minutes, the game FINALLY begins (surprise, it was a dream), by Max getting arrested by heavily armoured police, seemingly for terrorism, which he was clearly committing by sitting in his hotel room. I won’t spell out the whole game for you, but Nina and Max are apparently embroiled in a secret conspiracy that has to do with events from the previous two games (which are sufficiently flushed out through flashbacks and exposition) and now the fate of the world could be in the balance, or at least their wedding time slot.

With Secret Files 3, you’re doing a point and click adventure that takes place primarily in the hands of Nina, but occasionally sharing (and sometimes relinquishing) control with some other characters, usually to help with puzzles or design. You’ll collect items, combine them, use them for different effects and purposes, and also to solve riddles, both physical and mental. The game will bounce between the present date and some dream sequences, and I do not understand if Nina dreamt this much in previous games, but it was a LOT. You’ll slowly get to piece together a very elaborate conspiracy that has everything to do with the scrolls stolen in the prologue, but you’ll also visit a ton of tangential and elaborate locations, like Da Vinci’s workshop in 1477 or the heart of CERN in Switzerland. 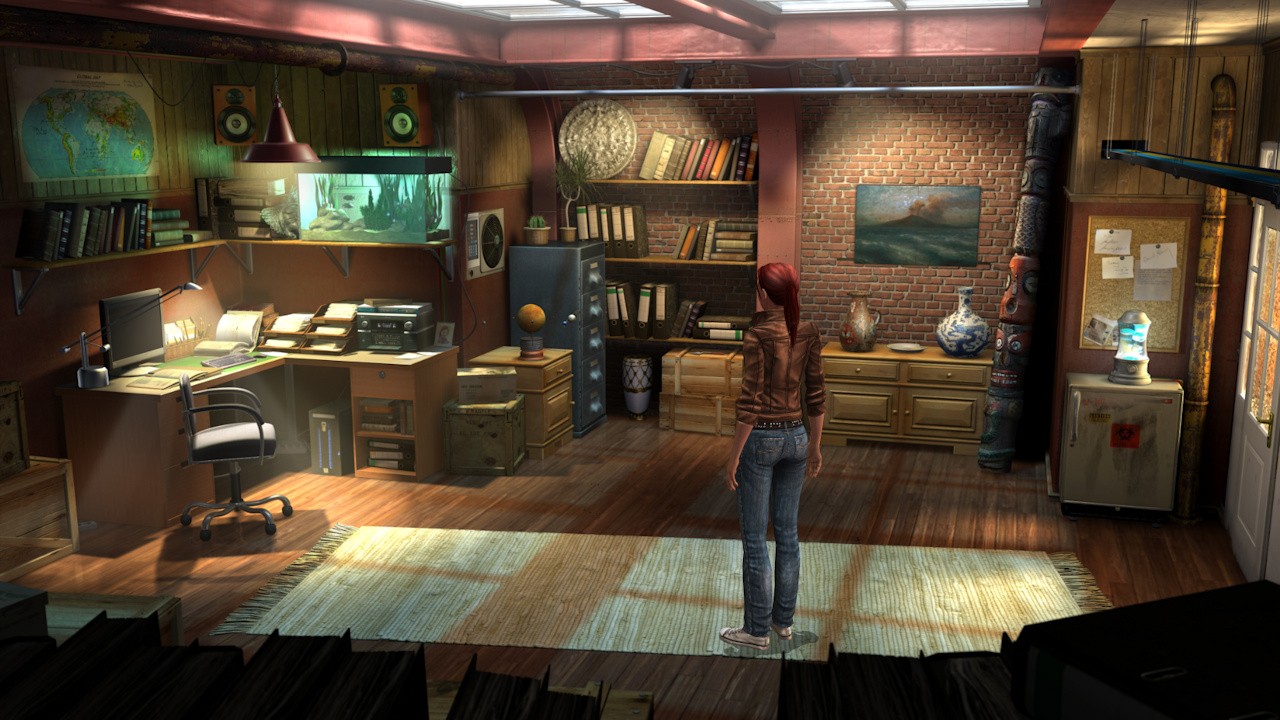 Taking apart Secret Files 3 brick by brick, the most important element for these types of games is the story. After all, if you just wanted to click around on some pretty pictures to find items, there are a ton of HOGs that are made by Big Fish that are perfectly serviceable and even decently written. With Secret Files 3, you’re getting a bit of an ask from Deep Silver and Animation Arts to indulge several elements. One, you need to care about Max and Nina’s relationship, which is probably easier if you’ve played the previous games: as someone who got to see Max for all of six seconds before he got black bagged by the government, I was sort of blaise on his existence. Second, you need to care about the conspiracy theory aspect of it and the clandestine powers that are at work. And this was somewhat more appealing (though a bit stiff, as we’ll see momentarily). Lastly, you need to be on board with diving in and out of history, like you’re playing an Assassin’s Creed title that doesn’t have any action or real danger, so that can be a bit of a trip to get your head around. The whole thing could be a pretty solid formula if not for one terrible caveat: the acting is really quite bad.

There are so many times within Secret Files 3 where the game shifts from overly detailed exposition to help fill in the player to this sort of fourth-wall-breaking that doesn’t actually feel clever or interesting. Imagine, if you will, that a spy is trying to break into a building. It’s his second job ever, so he’s nervous but pretty confident. In his head, he’s listing everything he’s doing and not doing, as a way of keeping himself accountable. Makes perfect sense. Now imagine he’s actively voicing all of these ideas, shouting that he can now clear the gap thanks to the tool he’s constructed, or how he can pick a lock with a pair of glasses, or how this bucket of water should wake up a sleeping person. That’s what happens within Secret Files 3 as I have to struggle not to roll my eyes at the inane commentary that’s constantly flowing out of the characters. It’s not that it’s unnatural – that’s a given in these point and click adventure games – it’s that it’s too detailed. It’s not a matter of “this should work,” it’s a matter of “Look at this picture! Now look at the bottom row. Look! Things are missing. These are the things you saw earlier! Therefore, this is how you solve things!” It’s too heavy-handed and it ruins certain elements.

Which is a shame, because I actually liked some puzzles within the game. A lot of the more standard point and click matters – combine items, dump things, inspect things – they were fine and dandy, but Secret Files 3 had some real moments of shine. A battling robot simulation was a fantastic surprise to find midway through the game and brought a smile to my face. And the seemingly meandering, ridiculous conversation with a police officer was charming, particularly when it evolved into something greater. There are moments of Secret Files 3 where it stops being nonsensical and gives a particularly strong vibe, like the Siberia series or, even more so, Broken Sword, though Secret Files 3 appears to have almost no cases of death state. You just keep hammering ahead until it works, then call it a victory. 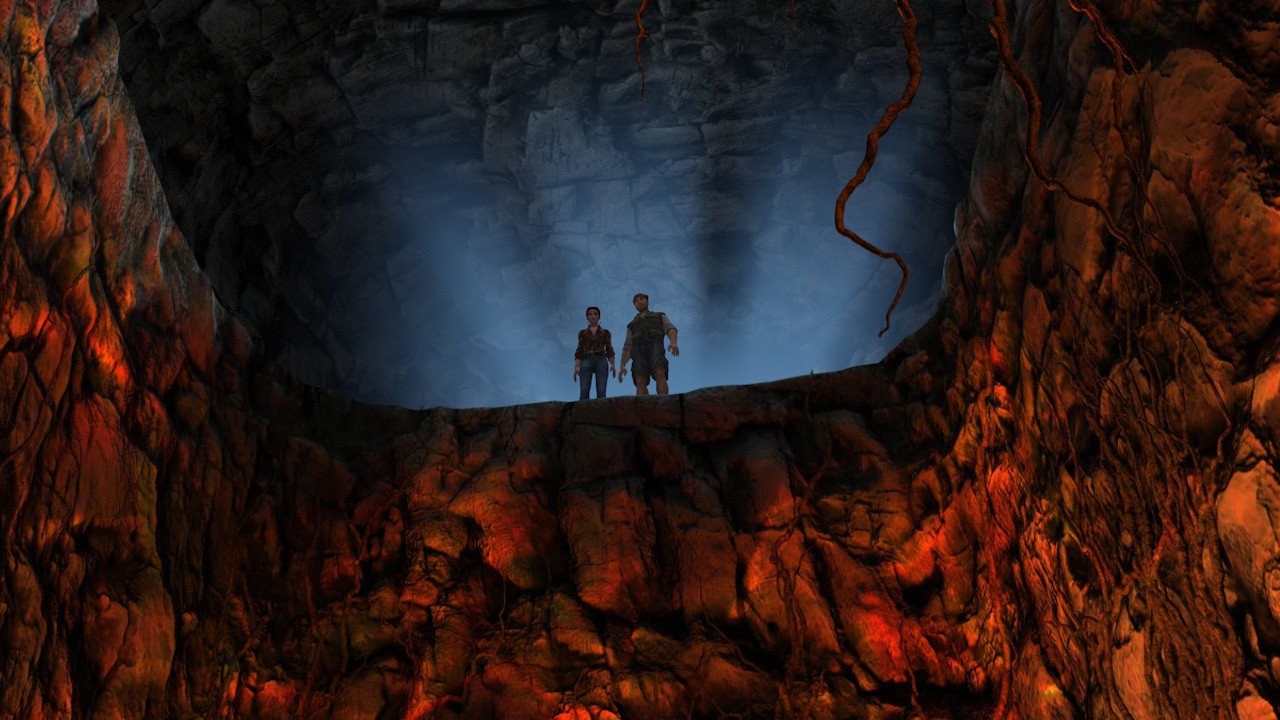 You really, really should play this game docked, however, and that’s a second point of contention I had. The Secret Files 3 navigation is difficult on the Switch and being able to use mouse emulation will ease the pain significantly. The cursor is a bit imprecise while aiming with the joysticks, and I straight-up hated trying to use the touchscreen options. It was clunky and awkward, like trying to type with boxing gloves on my hands, and the few moments of handheld exclusive gameplay I exercised were marked with frustration. When you can’t enjoy the core aspect of a game – playing a game – you tend to gloss over the good graphics, solid voice work and interesting scenery because you’re busy being pissed as hell at having your character walk back and forth over the same spot repeatedly.

As odd as it is, my recommendation for Secret Files 3 is to try to play the previous games before running at this one or at least watching a movie of some kind. The setting and payout were good, just not great, and the end result left me aggravated between moments of enjoyment and sometimes bemusement. If I was more connected to the characters, maybe it would be different, or if I was playing on the PC, it could be better. As a hybrid console port, though, it just doesn’t sit well with me, and I don’t think it will with other fresh faces either.

The bored look on Nina’s face perfectly captured how I felt during the longs moments of walking back and forth, missing the spot upon which I was clicking.