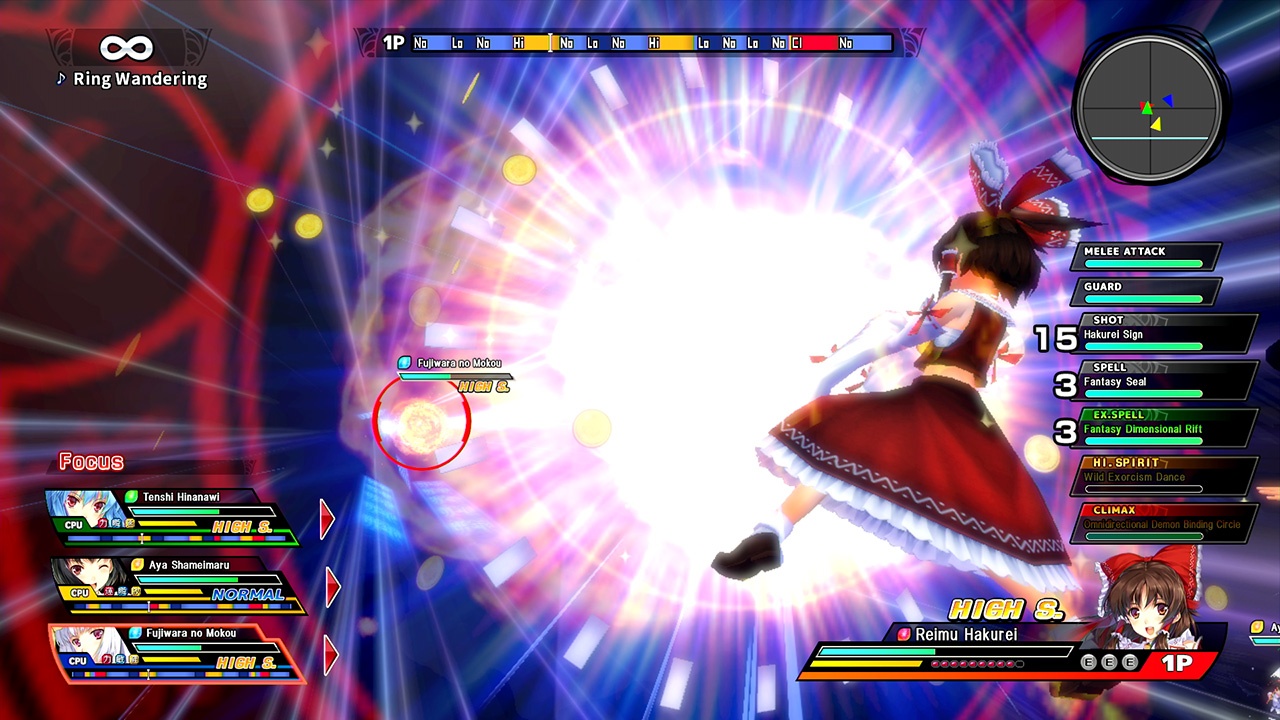 I cannot help but love games that implement adorable anime girls. Here, Touhou Sky Arena Matsuri Climax caught my interest. It’s important to mention that this game is a fighting game and all the player does is to fight other NPCs or players. However, if you’re into fighting games, this game will provide a few fun hours. I’m usually not a fan of this genre, yet I still gave this game a try, and it didn’t disappoint. Although it’s very different from the games I am used to, I still had a rather pleasant experience and a lot of fun learning all the combo attacks in this game.

You see, Touhou Sky Arena Matsuri Climax doesn’t contain a story at all but is solely meant to fight other enemies. However, it does offer a lot of playable characters that all come with different skills. Every character differs from each other and I had a lot of joy trying them out. From range to melee attack, everything is available here. The special thing about this game is that everything takes place in the air and the characters are flying around in the sky. I found that this aspect was actually quite interesting, as it was fun to dash and attack while flying through the air. 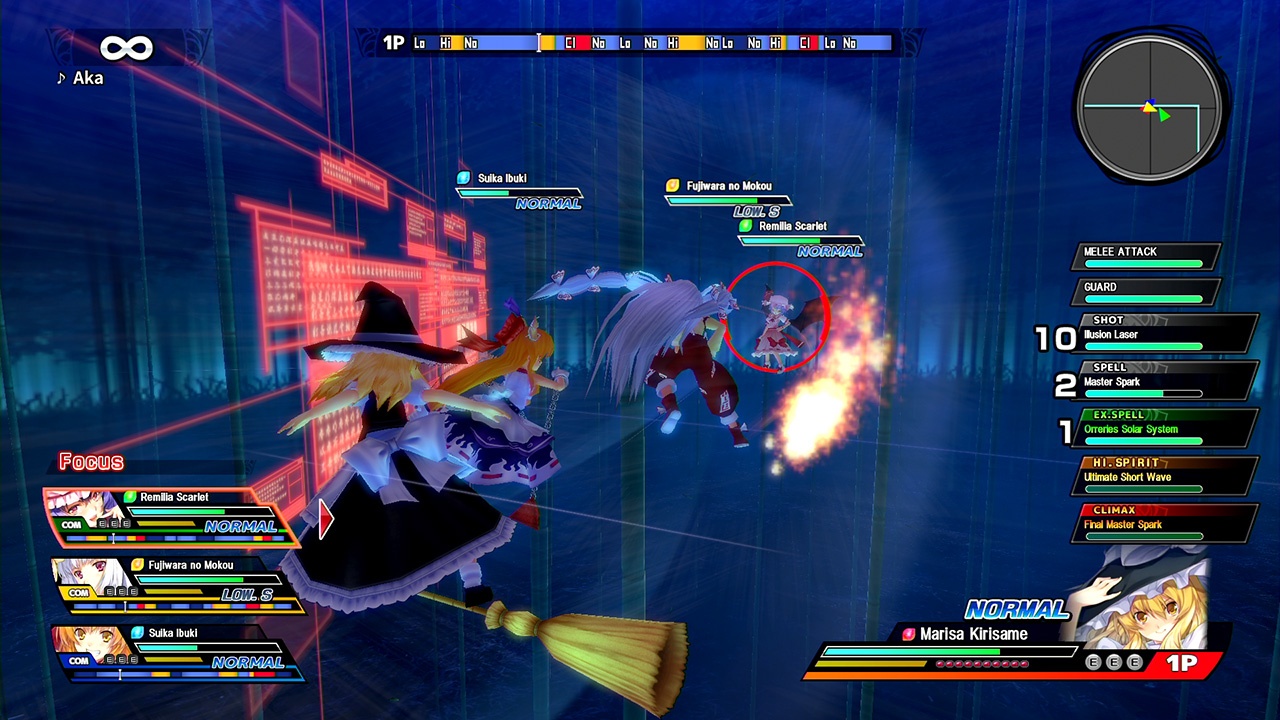 I would highly recommend going through the tutorial of this game as it was very confusing for me when I wanted to start this game but didn’t have a clue what to do. I ended up dying, but I had a better understanding of the attacks after going through the tutorial. Besides that, Touhou Sky Arena Matsuri Climax is meant to be more complex and the player can improve with practice. I feel like this game tries to implement competitive gaming, which becomes greatly noticeable when playing online. However, it’s fairly difficult for a newcomer, so it’s highly advertised to practice in the single-player mode at first.

There are different modes available in this game. As aforementioned, there are single-player modes available. Each of them has a different purpose and while the player has to complete different objectives in one of them, they only have to defeat the opponent in other ones. Simple ones are modes where the player is battling with another NPC, while there is another similar mode available: The survival one. For this one, the player has to survive as long as possible, although the HP gets lowered for the next rounds too, should the player receive damage.

An issue I have with the online mode is that it’s extremely hard to find a party to play with. Whilst it’s easier to find another player in the ranking matches, I only got mixed with very advanced players, which made it impossible to win as a beginner. For the other non-ranking matches, I couldn’t even find enough players to play with. This might become extremely frustrating when I wanted to play with non-NPCs but, at the same time, wasn’t experienced enough for the ranking matches. The problem here is that the population is rather low in this game and finding randoms to play with is a huge issue here, which probably won’t get any better later on. 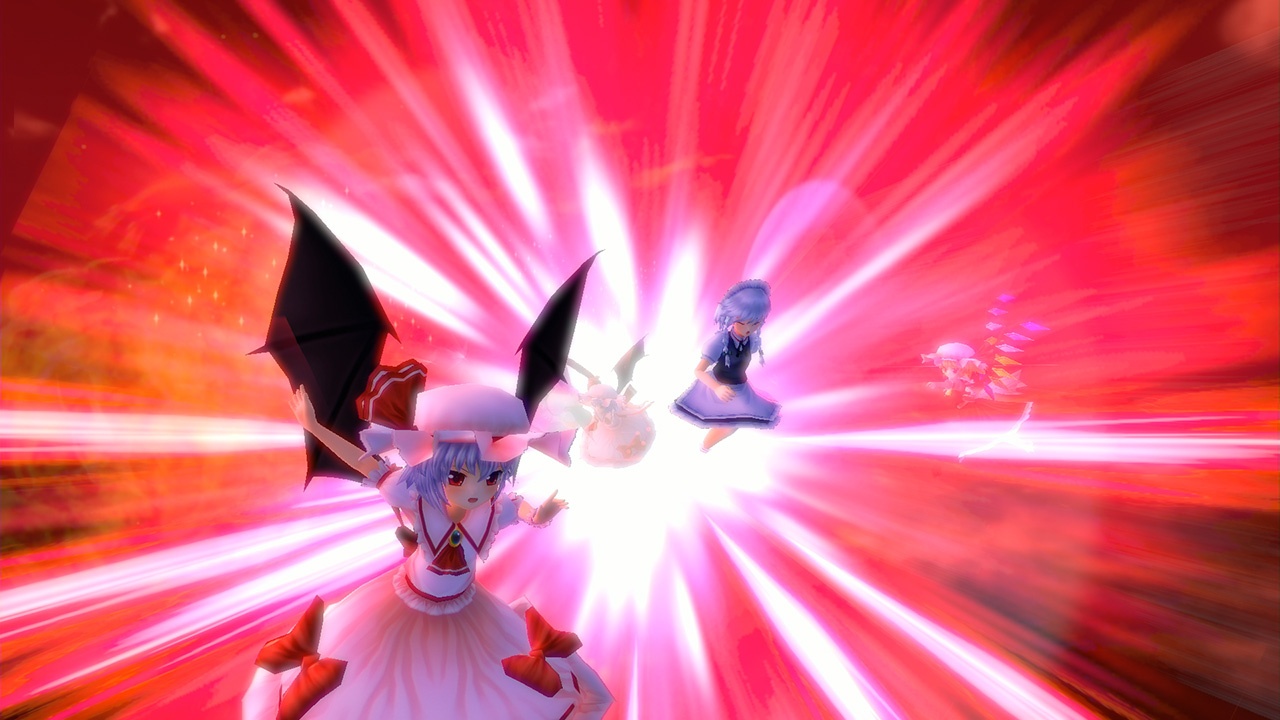 The graphics in Touhou Sky Arena Matsuri Climax are decent. There are different locations available where the player can fight with NPCs or other players, and I loved the design of the playable characters. Each of them was entirely different, and it was hard to choose one to play with as I wanted to try them all out, but for a beginner, it’s easier to stick to one character at first. However, I preferred the sprites over the actual graphics in the game as the characters looked slightly lifeless. Luckily, the main objective here is the fighting, so the model of the characters didn’t matter a lot.

My favourite thing about Touhou Sky Arena Matsuri Climax is probably the soundtrack. I found them so lovely and I was excited each time I entered another match so I could listen to more songs. Although a lot of songs are used again, they were pleasant to listen to and greatly spice up the battles. I feel like the soundtrack is really important for a fighting game as it sets up a specific mood and Touhou Sky Arena Matsuri Climax does an excellent job in that regard.

Touhou Sky Arena Matsuri Climax is an enjoyable fighting game with adorable anime girls. I had a lot of joy going through the matches. However, the ranked ones might frustrate beginners. A huge issue here is that it’s tough to find randoms to play with outside of the ranked matches and I, unfortunately, was unsuccessful as well. Regardless, Touhou Sky Arena Matsuri Climax will provide you with a lot of entertaining playing hours, and especially those who are into competitive games will have a lot of fun learning all the combos in this game.

Fight your way through NPCs, and other players in the multiplayer-mode, and become a pro in Touhou Sky Arena Matsuri Climax.