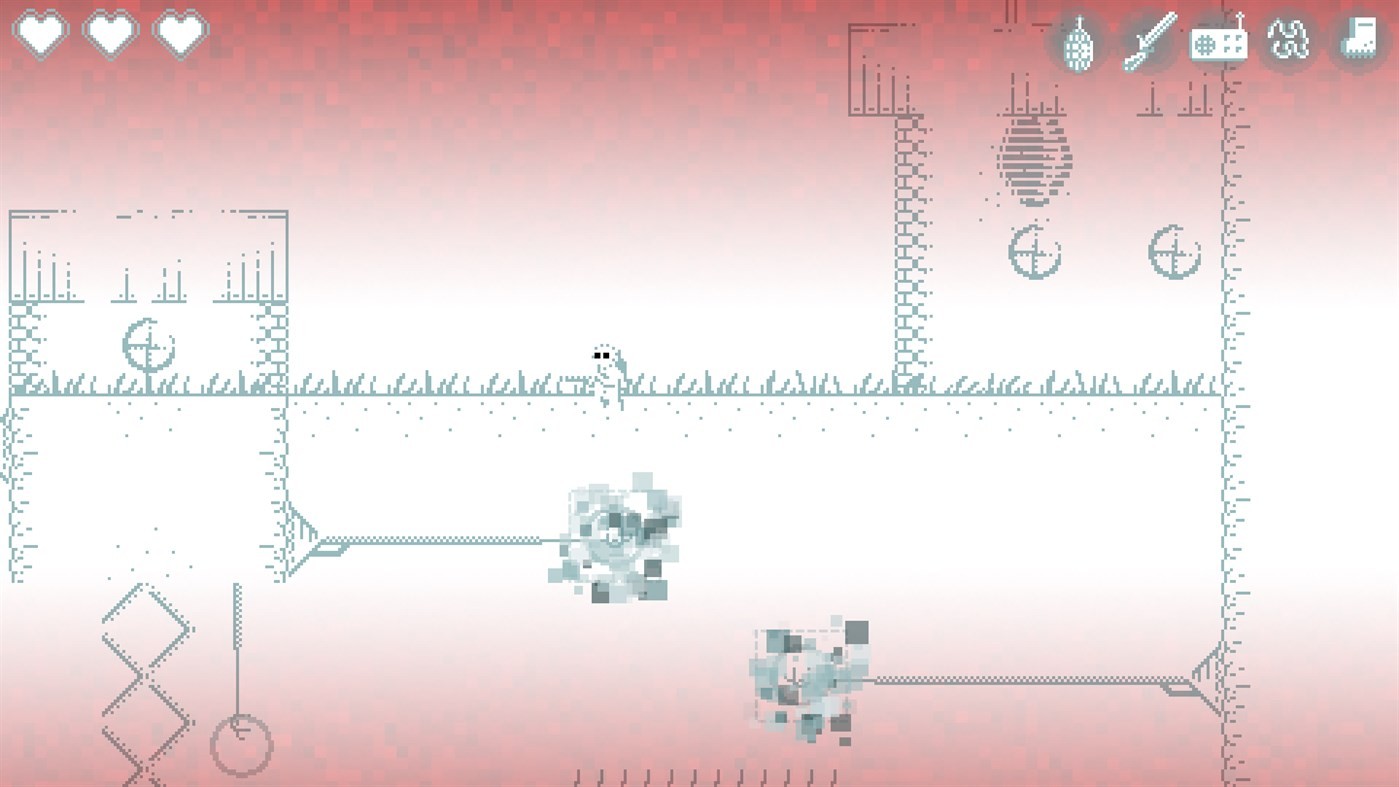 The first few seconds of Cold Silence lull you into thinking it’s going to be a slow-paced exploration game, trudging through a bleak snowy landscape. And although exploration does remain a key theme, it quickly reveals itself to actually be a challenging platformer instead featuring tricky jumps, deadly spikes and falling blocks – with a dark slice of horror thrown in for good measure.

However it’s the stark, monochrome graphics that immediately give Cold Silence its own distinctive look and to its credit it does a great job of making you feel you feel like you’re navigating snowy cliffs and tunnels. That’s despite the fact the graphics are never that impressive, and you could almost be forgiven for thinking you’re playing an original Game Boy game – if it wasn’t for the occasional splash of bright red blood. Despite that the visuals are still reasonable, which is more than can be said for the audio side which is little more than basic bleeps and clunks.

There isn’t much of an introduction to the game, as you immediately start in the wintry landscape with no backstory as to who you are or what you’re doing there. It’s only the early discovery of a radio emitting a mysterious voice that reveals your name is Hughes, and that you need to urgently escape from this place before ‘they’ get you, that gives you any direction on how to proceed. The occasional outburst from the radio (text only unfortunately) helps build an atmosphere of paranoia and faint dread as you proceed, which for the most part is quite effective. 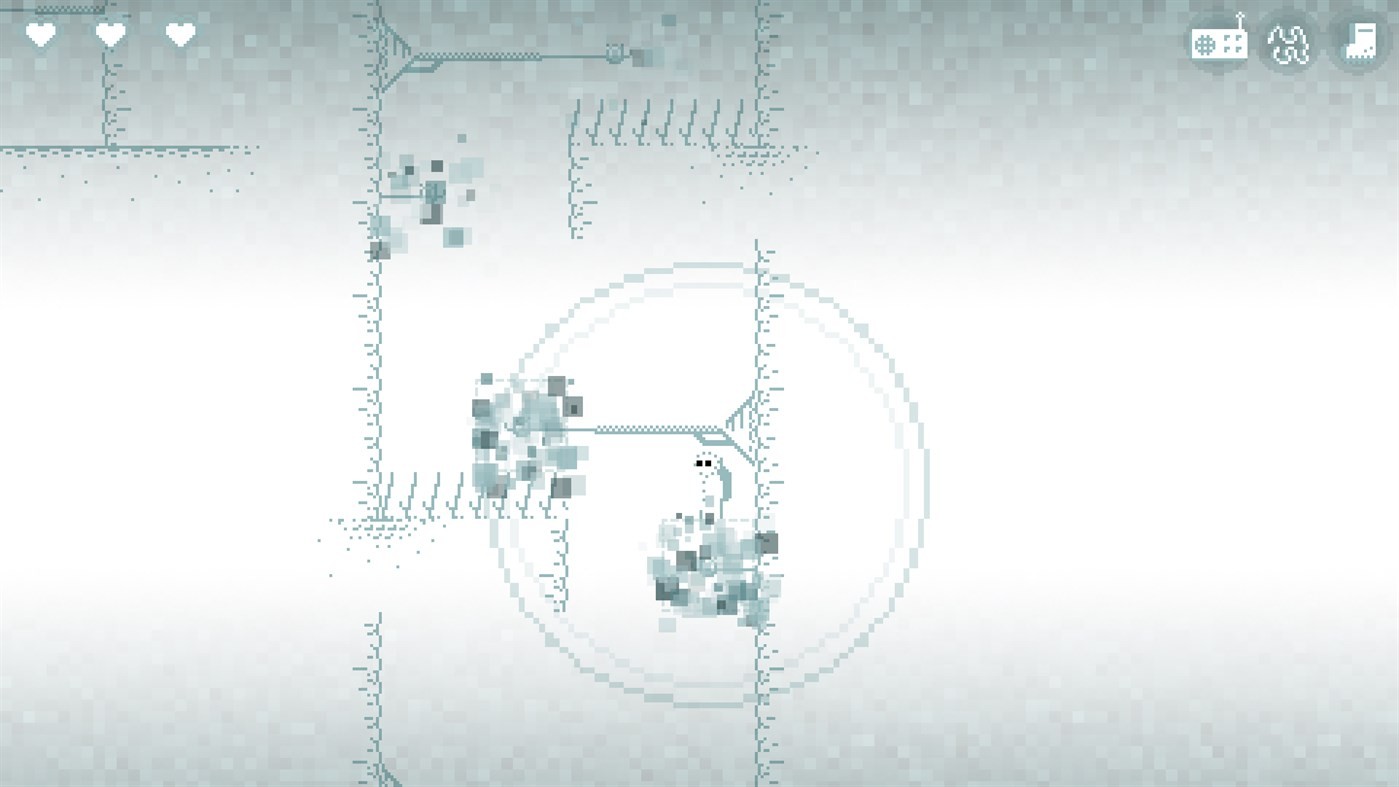 On the gameplay side Cold Silence is heavy on the platforming side, with lots of precision jumps required. There’s no ability to run, although, you do move quite fast anyway, and most of the time progression is quite methodical. This is mainly due to the unique aspect of its platforming, which is thanks to the radio you pick up near the start. At the touch of a button you can send out a pulse which temporarily turns any nearby radio masts (of which there are hundreds dotted around the landscape) into a small platform to stand on. This only lasts for a few seconds however, so you’ll usually be having to plan your next radio pulse and jump straight away – and as the game progresses this becomes more and more testing. In addition to the radio you’ll also collect a gun and grenades, although they’d be better described as a pickaxe and bombs as their purpose is to open up the landscape rather than an offensive weapons.

It’s not all good news with the platforming though as I did encounter a few minor annoyances with jumping. In particular, Hughes would sometimes do a second small jump after landing even if the jump button has already been released. I also had occasional moments where he would fail to jump when I was right on the rim of a ledge, although admittedly this didn’t happen too often. And on a personal level, the boss character in chapter four was extremely frustrating – not because of any problems but just because it was such an increase in difficulty. 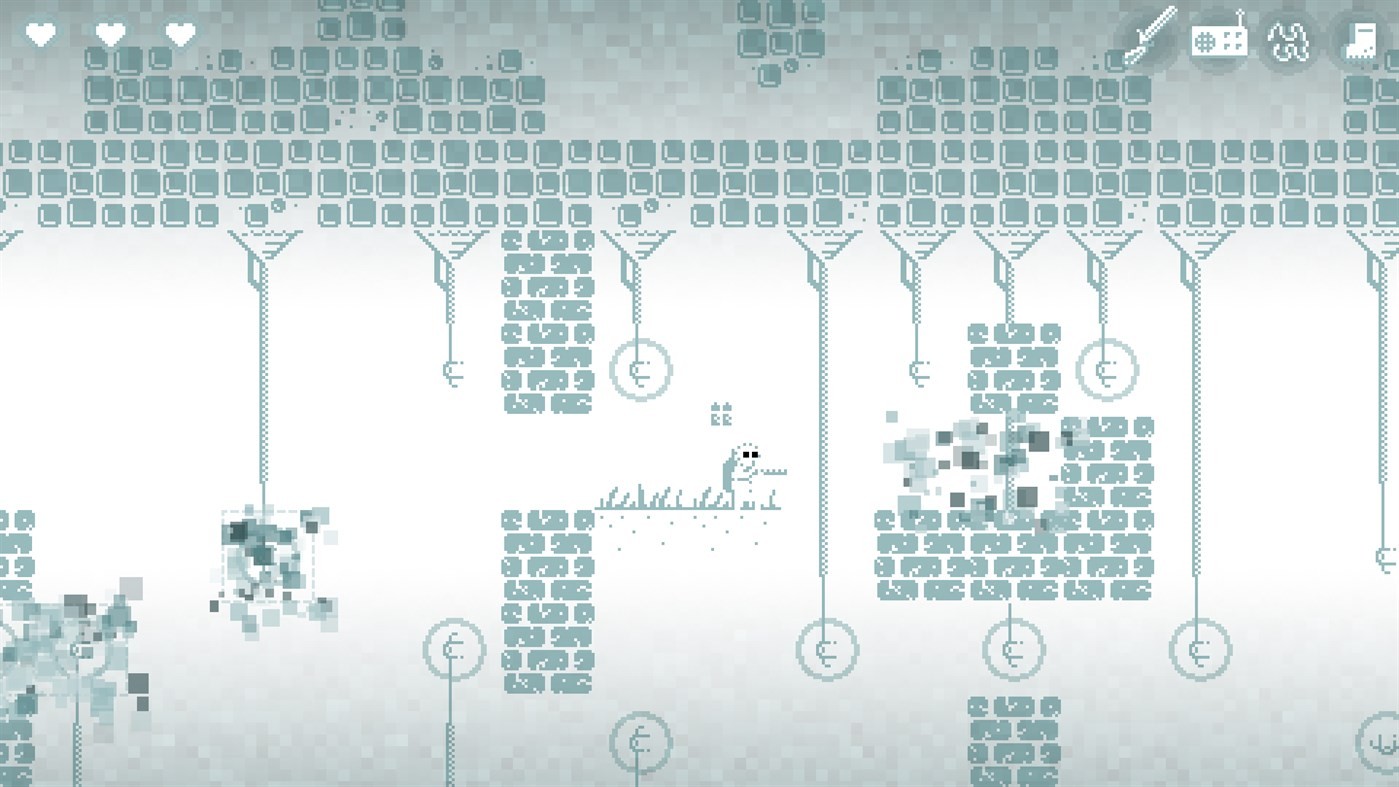 A more pressing issue with Cold Silence is that it’s very brief – only six chapters in fact, with the first one over in the blink of an eye. The second and third chapters aren’t particularly long either, but after that the levels become a lot more open so exploration becomes more of an option. The difficulty ramps up steeply as well, it’s telling when most of the achievements for a game are for how often you die and for all the different causes of death you encounter! It does actually become quite frustrating as well, as there’s no checkpointing so if you die it’s right back to the beginning of the chapter. There are admittedly various different difficulty levels, but all they is vary the amount of health you have which a lot of the time doesn’t help too much. As you progress exploration becomes more of an option which is definitely to the games benefit however, as the gun and grenades allow you to enter previously inaccessible areas of the landscape.

One major concern I had is that the game insists on you granting access to your Xbox account and data. I don’t remember any game requiring this before, and it’s especially odd in this case as the game doesn’t even have any way to compare your performance to your friends – there’s no high scores or times for example.

Overall though Cold Silence is an interesting and, for the most part, fun platformer that’s definitely deserving of your attention. Just be warned that it does become quite challenging/frustrating the further you progress – and while the horror aspect isn’t that prominent it’s probably still not suitable for young children.

Platforming through a bleak, snowy landscape is a lot more fun (and tense!) than you’d expect.