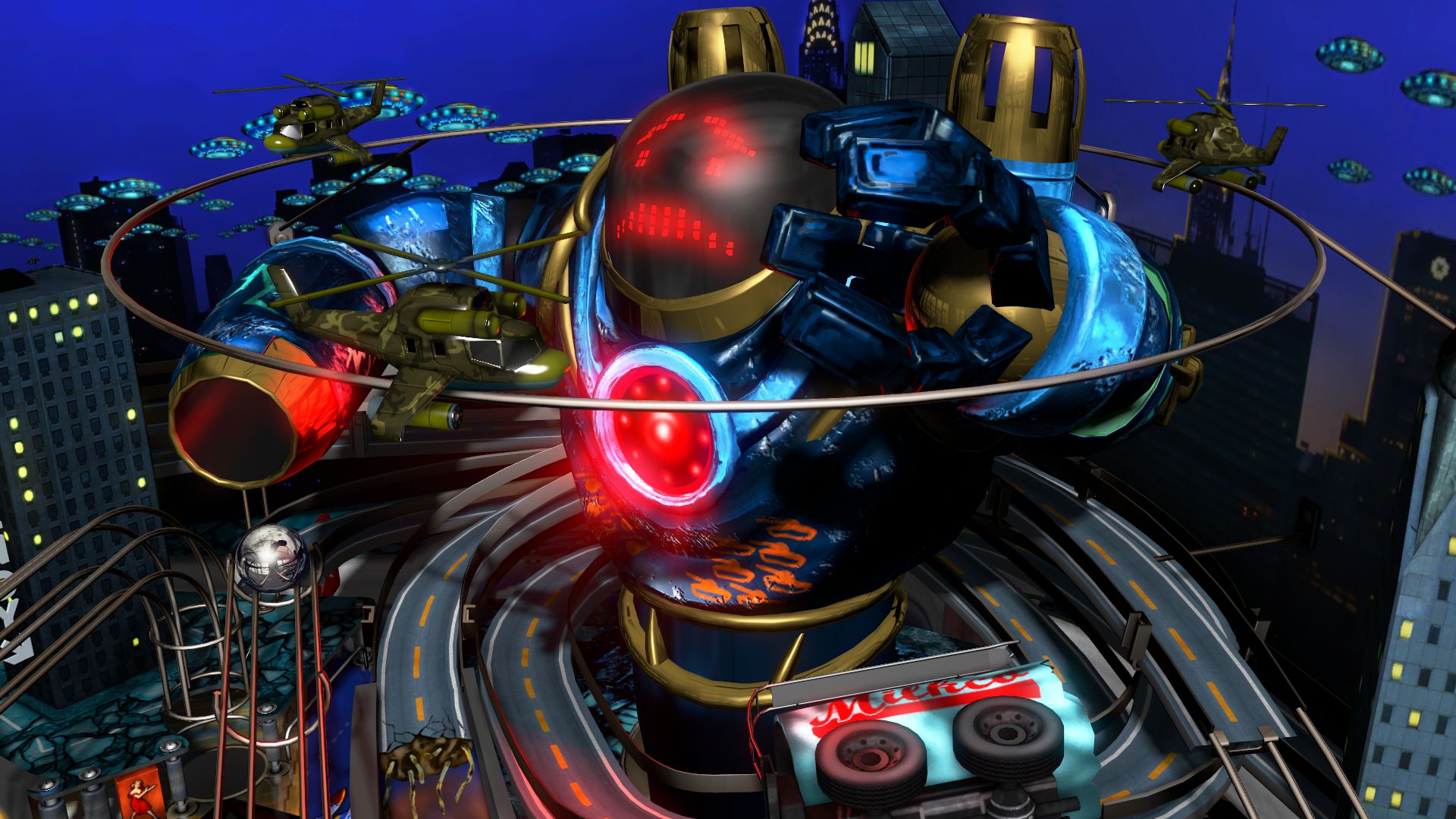 Ahhhh, Science Fiction. The genre that really has no discerning guidelines or limits other than “weird stuff that isn’t magic (and magic sometimes too).” It’s a popular catch all to help justify aliens, monsters, robots and space travel all fitting under the same blanket. And it’s one that Zen has used to lump together three tables into a single DLC, the Sci-Fi pack. Despite the fact that it’s technically one of the older packs (having been available at Pinball FX3’s launch), this is far from a bland set, and, in fact, one of the most cohesive and well rounded DLCs to date.

I put Earth Defense as the first and “weakest” table like someone might put 1994 as one of the weakest years for the Chicago Bulls. Set up as an alien invasion type table, this one is also the closest one in the set to a real table, as the setup and execution is mostly believable and achievable with a couple of small issues. Set against the backdrop of aliens wreaking havoc in downtown [YOUR CITY NAME HERE], the player is supposed to fight back against spawning xenomorphs, various explosions and the occasional giant robot. Equipped with two ramps and a mostly arbitrary third flipper, the object is to take down the aliens as they appear, primarily by attacking the bank of aliens that appear immediately at the game’s start (and also when they become mission objectives).

The Earth Defense table is also incredibly straightforward and a wonderful table for someone who maybe has just transitioned from physical to digital. Whereas a lot of the Stern tables tend to keep the cleanest of houses and emulate the originals 1:1, the Earth Defense table has a lot of the tropes of tables from the mid 90s (open lanes, flashing lights, a decent sized centerpiece art form) but also incorporates a lot of the digital only touches, like dodging shots and rockets that might fly at your ball from aforementioned giant robot. The ball weight is surprisingly light, given its size, and so you’re able to clear the ramps fairly quickly as long as you take a moment to line up the shot. This is also one of the few tables where I purposely did a nosedive to see what would happen when I finally got a lost ball because I made my first ball go for nearly 15 minutes uninterrupted, which is rare for me. All in all, it was incredibly fun and one of the more successful situations where I could easily see this game (with a few small tweaks) transitioning to the real world. 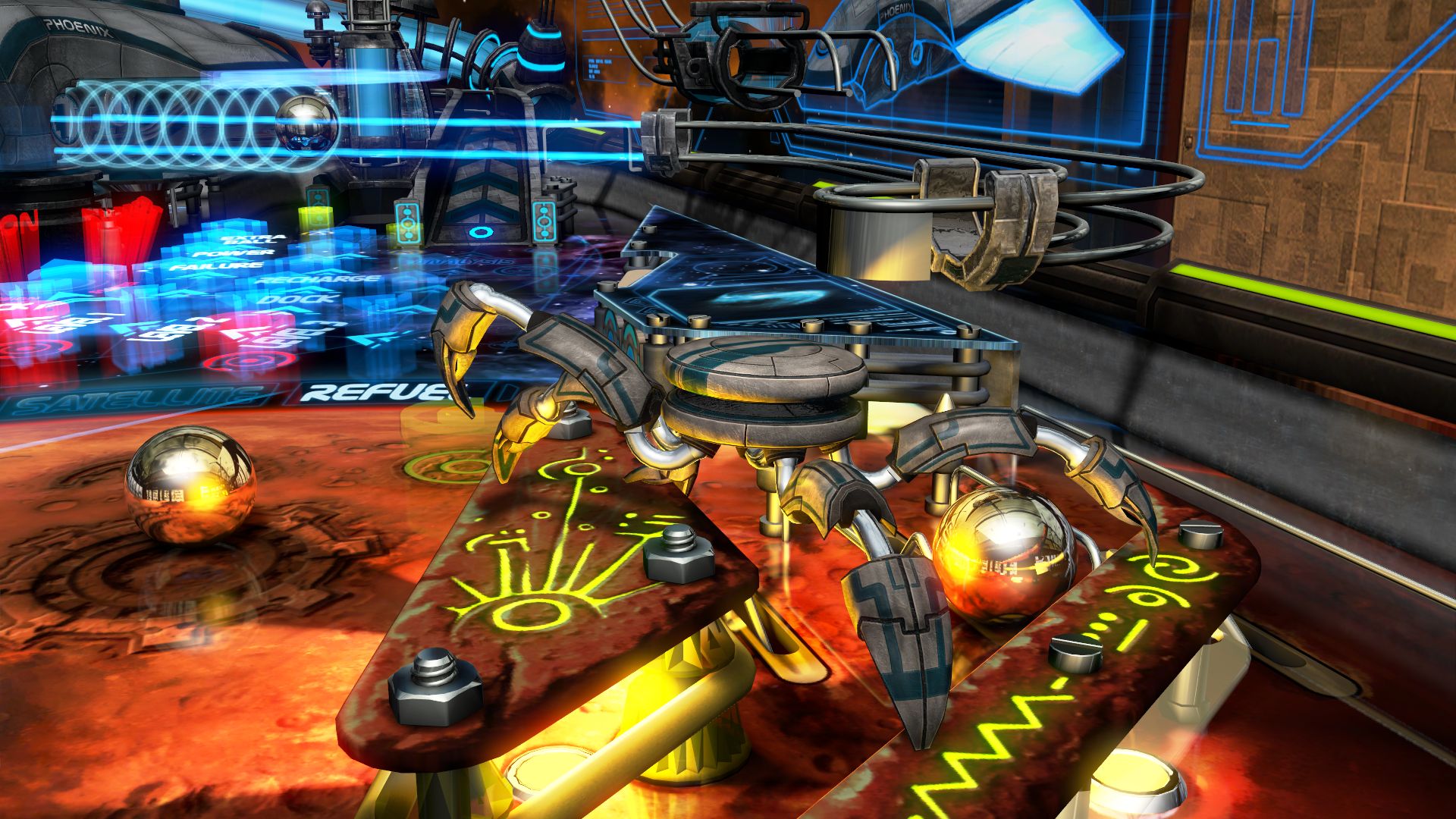 Paranormal, the second table, started off the game by launching me straight into the gutter and giving me a ball saved message, which put it instantly on my shit list. And then I saw how crowded the table was: a labyrinth of chutes and ramps looping around each other, a whole bumper area that was mostly unseeable, monsters and snakes and stuff just strewn about the board… first impressions were a goddamn mess. I had to play twice to make sure that I understood the concept of this table, which is to take al the great modern mysteries of the Western world (The Jersey Devil, Doppelgangers, etc.) and bake them into a single semi-noir setup that involves investigating all the occurrences as they crop up, like a trenchcoat version of X-Files. I sincerely didn’t like it until I got a chance to explore a bit more, and then I started to understand and appreciate the design of Paranormal.

You know when you buy a car and you have all those options for extras that you can put in your new vehicle? Paranormal essentially ticked EVERY box in order to maximize the experience. Holy shit, there’s so much in here that it basically overwhelms the senses the first time you see it. There’s a revolver chamber that holds your balls until multiball is unleashed like some massive assault. The Jersey Devil is hiding on a almost invisible ramp to the far right which then takes you to a gravity-inverted mini-table that’s behind the primary flippers. There’s a series of magnets and chambers that need to be trifled with to unlock some missions and, if you’re consistent, you can actually launch the ball into a second, vertical table that’s hidden to the far north. Paranormal is a table that either could never exist or would take tens of thousands of dollars to develop in any sort of working capacity. This is a table for fans who want to totally forget and dismiss reality in all capacity, and just enjoy the “what if” that pinball brings. If you’re really patient and remember that you can hold your shot, you have a ton to see in Paranormal, making it one of the most involved tables I’ve seen from Zen so far. First impressions are just terrible.

Mars, the third and final table, is a goddamn work of art. When you first see it, the table appears incredibly minimal: wide open, red landscape with a couple of ramps. What makes Mars work is, within a couple of good shots, the spacecrafts land and set up brand new ramps and chutes for research, coupled with some roving spider droids that are collecting information for research. This is exactly what I want to see from Zen, and it gave me goosebumps when the table revealed itself to me. This would be straight up impossible to perform in a physical realm, but it’s satisfying on brand new levels because of the digital possibilities. If it was just art, that would be enough, but there’s so much more to it. 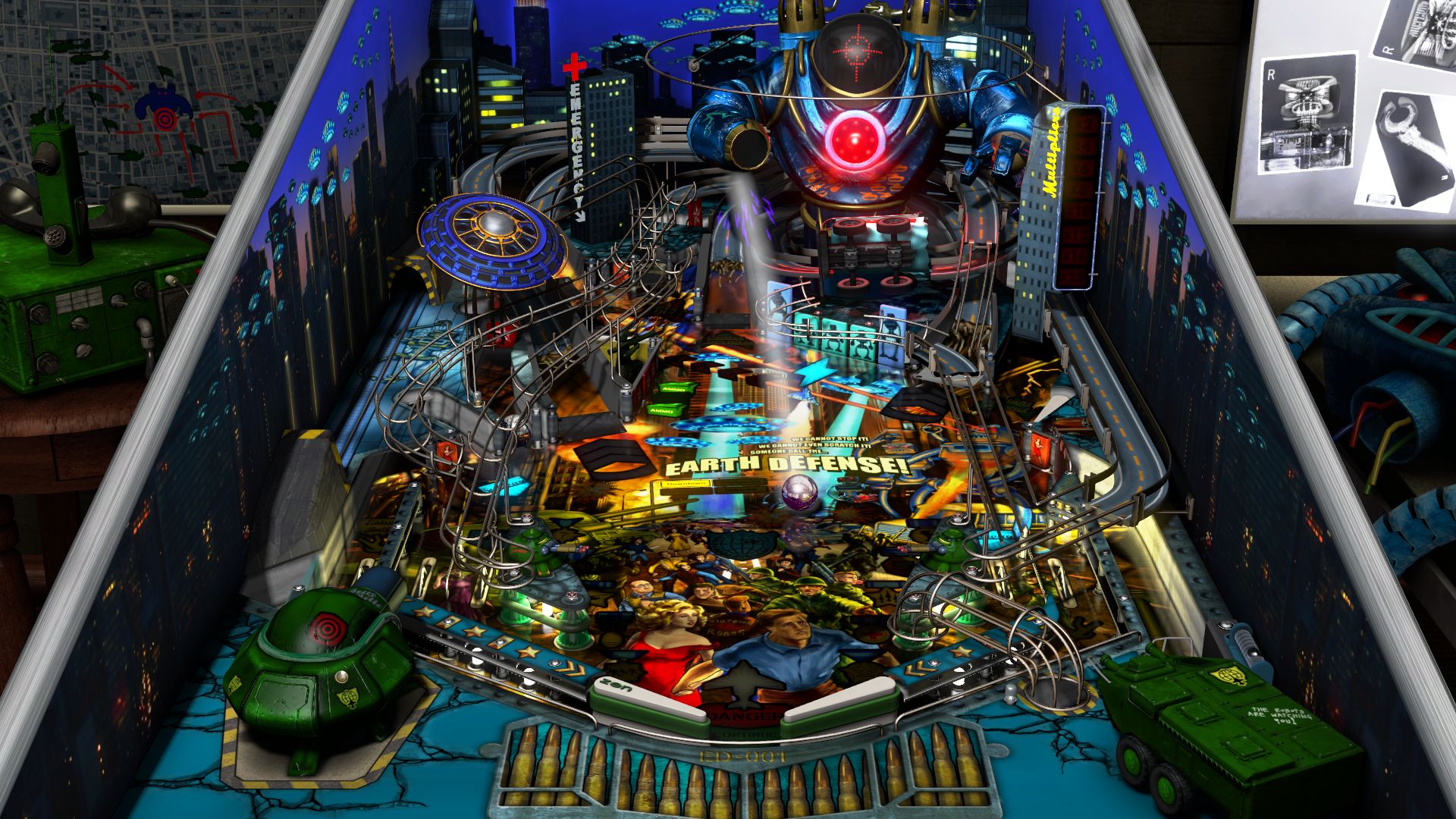 Mars holds the title of “most visually stimulating” table in the pack, and for good reason. Each ramp is clearly lit up for when you need to target them for missions, something that other tables (not just here, but in all DLCs) forget at times, relying on the information board to tell you where to shoot. Activating missions creates this dynamic light show that makes me feel like I unearthed some deep secret of mars, and the use of light targets and shifting bumpers makes the table even better. When the spacecraft extended an arm to extract my ball as it flew underneath, I instantly locked on and made it my mission to try and get there. The ramps, though simple, really provided a decent amount of challenge, and the third flipper does double duty by creating mainline access to the craft and also being crucial to activating severa missions. But it’s really the game itself, narration of a space mission from NASA from start to finish, that makes it fantastic. Many people still aren’t sure if Mars is the future for space travel, but Zen’s pack makes it seem that way.

Zen is excellent at taking existing IPs and bringing them onto the pinball front in engaging, exciting and fascinating ways. But the Sci-Fi pack reminds everyone that we wouldn’t be at FX3 if Zen was just good at churning out franchise deals. These folk are masters at pinball crafting, and the Sci-Fi pack should be at the forefront of every enthusiasts wishlist.