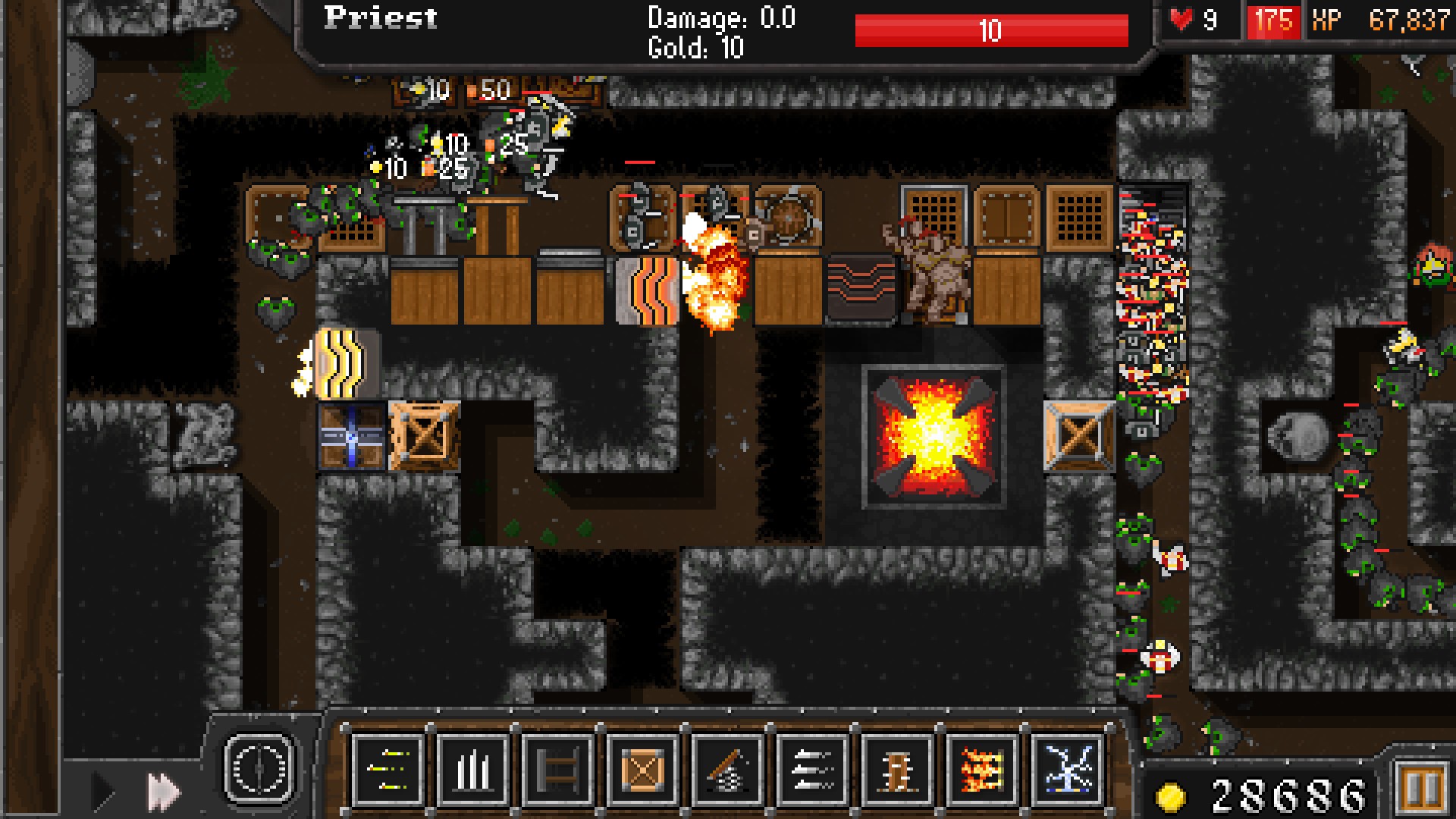 Valsar’s top-down tower defence game Dungeon Warfare is simple, strategic, and endlessly replayable. To be blunt, this game is fun. Players have a lot to manage in-game, but you’re never overwhelmed by your options. Valsar’s tactics and touch controls paired with the plethora of weapons and a solid upgrade system make Dungeon Warfare worthy of your time.

In any tower defence game, the minions are important, but in Dungeon Warfare your real enemy is the dungeon itself. In the game, the type of baddies coming your way is something to certainly watch, but the pressure comes from the path they take on their way through your defences. Enemies come from multiple spawn points, break barriers, and have AI that can lead them to take different paths to your single health source or in some levels multi health sources. There is a strange level of satisfaction when you master a map. Lighting up lanes of minions and mixing traps for ultimate devastation feels really great. Speaking of…

There are a lot of options when it comes to taking down minions in Dungeon Warfare. Players can slot in wall arrows, spike traps, hook shots, pushy walls, boxes, and slime to name a few. The more you play, the more experience you gain and the more items you unlock. Additional slots for dungeon armaments can be unlocked as you progress along with my favourite items the “consumables traps”. The consumable items are like special powers in other games. They recharge during levels and can be placed instantly. They are a sort of fail-safe option, a “break glass in case of emergency” type of backup plan that has saved me more than once. Adding to the strategy with your weapons in-game is the option to sell your traps, or improve the effectiveness of what you’ve already laid down during a match. Dungeon Warfare has the right mix of weapons that make it clear that the developers definitely considered how each element would work with the rest of the game systems. 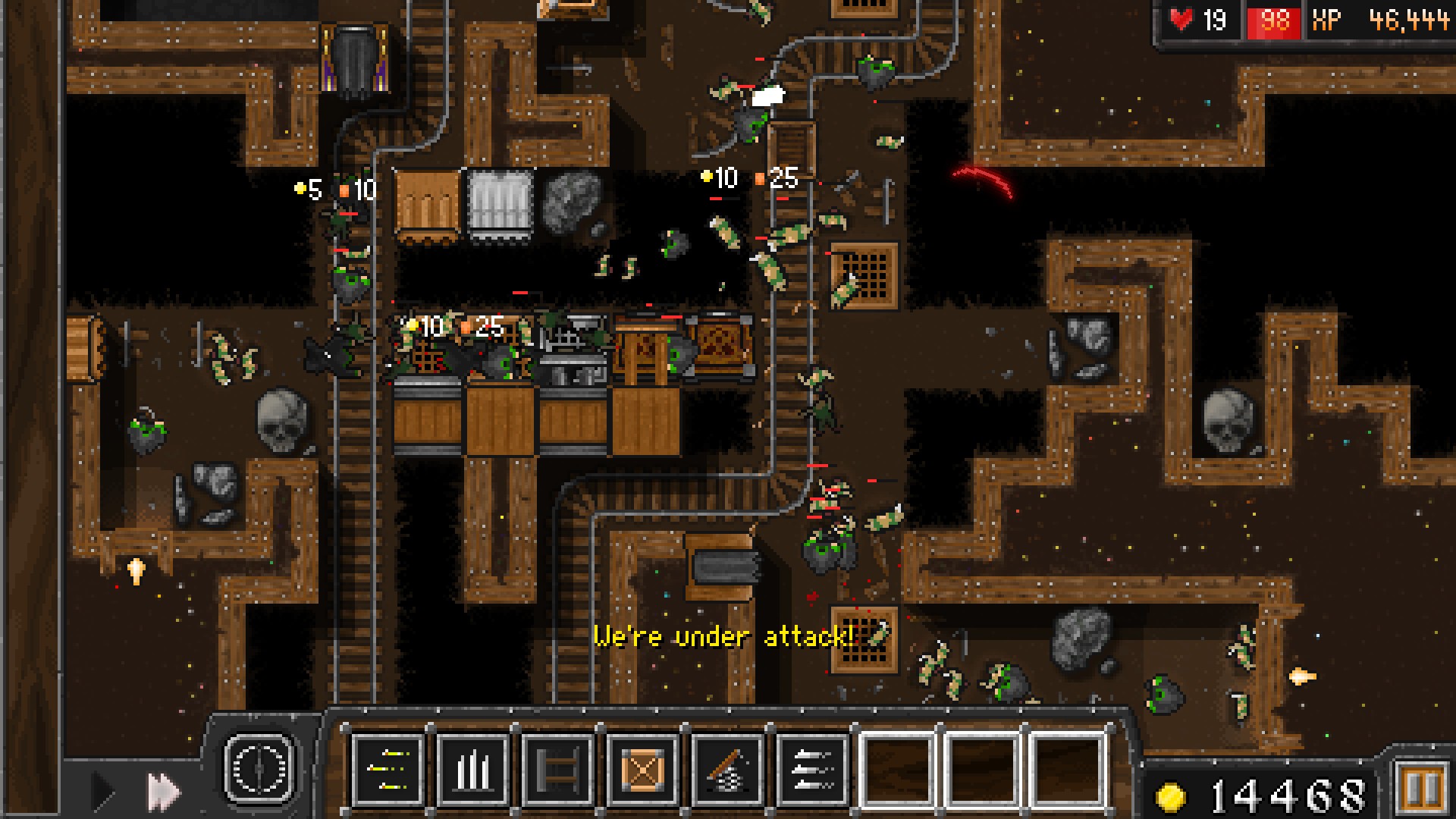 As for placement, the touch controls work great when setting down defences. Thankfully, if taping screens is not your thing, you have the option to play with your Joy-Cons on the Switch in handled or in TV mode. More choice and more options for how you want to play is a common theme with Valsar, and it’s brilliant.

Perhaps the best part of Dungeon Warfare is the freedom given to players through the upgrade system. Your upgraded gems can be put into an item and removed at your leisure. In most games when you go down a skill tree spending points those decisions are final, but in Dungeon Warfare you can redistribute materials on the fly. Beating levels and levelling up earns players’ gems. Not rocket science, but if you need more starting health to feel safe, that’s an option, do you need more gold at the outset of battles, sure do your thing and throw points there. As I mentioned the real revelation is at any time you can drain previously spent gems out of a trap or passive benefit and respend those gems on something else. This encouraged me to try different load-outs and see how different traps performed at higher levels. Definitely a great feature, and an even better decision by Valsar. Another slick unlockable is the “challenge runes” these items buff your foes stats leading score multipliers and rewards. What’s great with the runes is that they let you make the game as difficult as you’d like it to be. Another win for player freedom and fun. 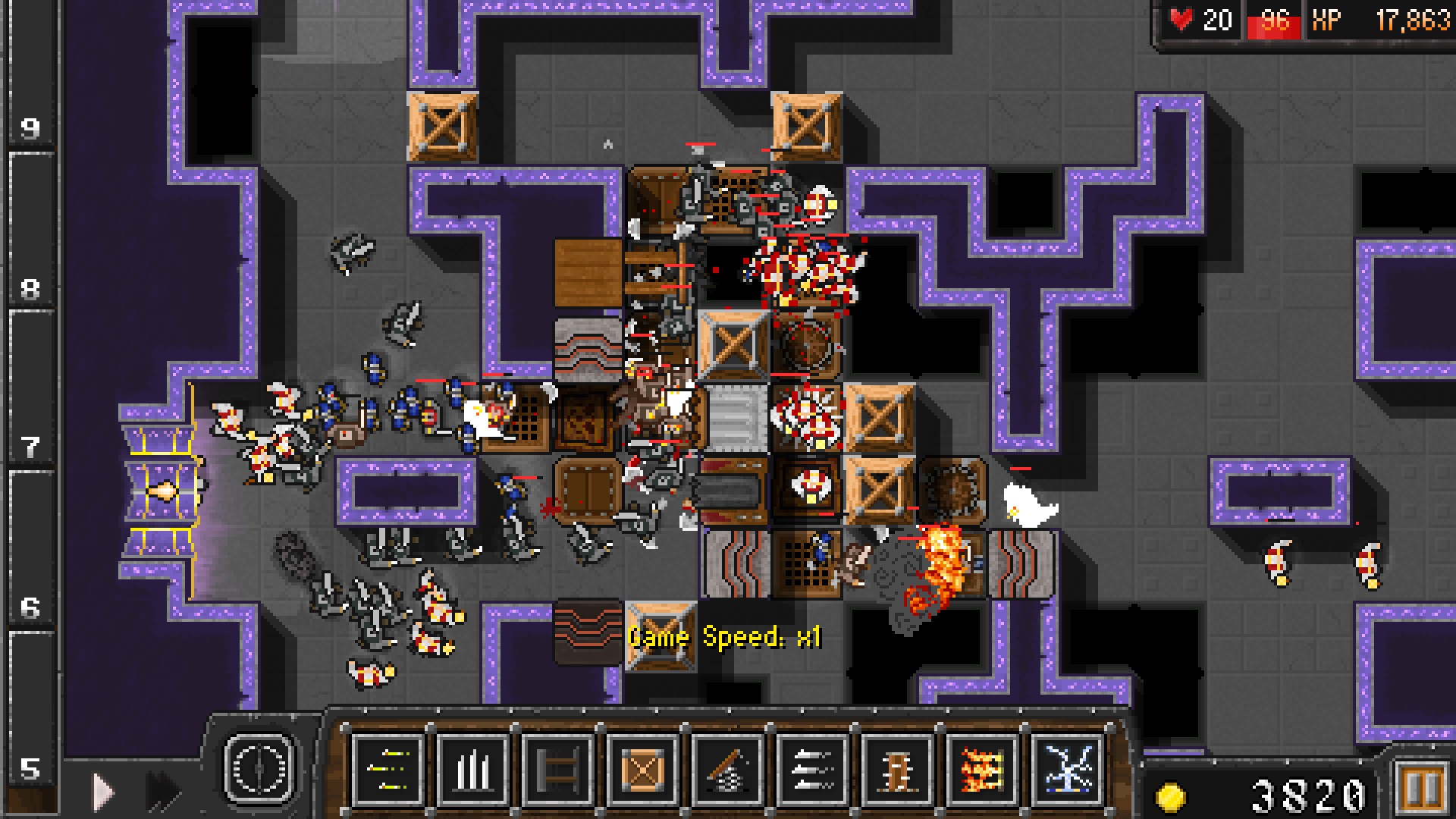 The biggest flaw of the game is that its simple style leaves a lot to be desired in the minion department. The bad guys boil down to a mix of different looking dudes with various movement speeds and health bars. When you think of dungeons, bats, rats, and creatures of all kinds come to mind. The limited foe design is the weak link in my play thus far. Perhaps I haven’t progressed far enough to find the golems and dragons, but for now, the enemies are all human, with minor changes in characteristics. Overall, the game is very fun. 100% this game will be as changeling as it is rewarding. There are achievements to unlock and levels to grind… Hurry! The dungeon awaits.