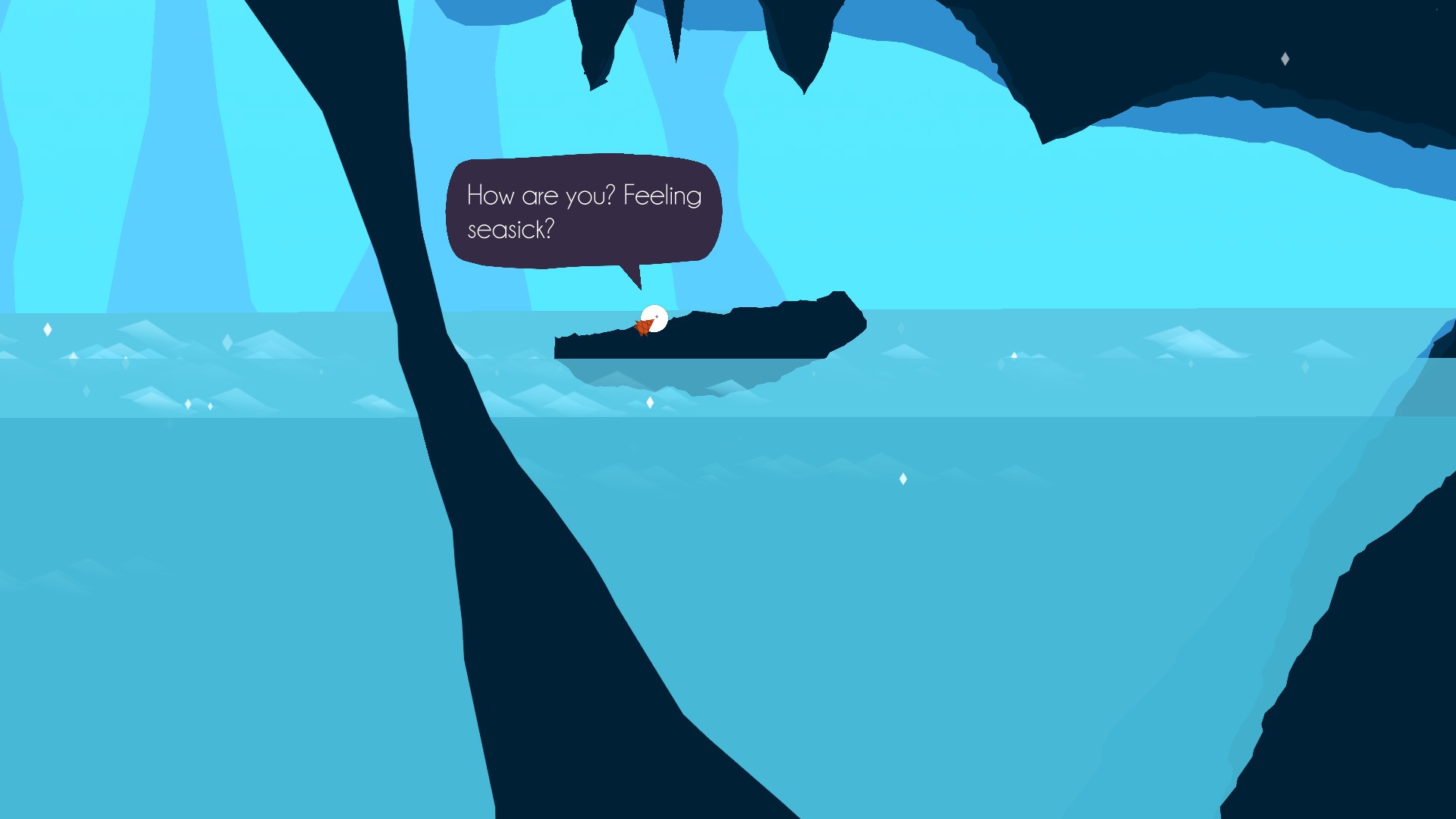 In many points of our lives, it helps to remember the works of Shel Silverstein. Dude wrote so many silly poems and great little stories that helped kids and adults remember there are many different ways to approach a situation and also to think about things. He didn’t always write about nonsense like Saucy Little Ocelot or Runny Rabbit: there were some rather interesting political and adult cartoons he did earlier on, and also a bunch of reflective pieces about the human condition that were carefully disguised as strange, if not innocuous moments. One thing that always stuck with me was a small story called The Missing Piece, about a circle that was missing a wedged shape hole and thought that it was “incomplete” without it. The circle decides to go find the piece and sets off on a grand adventure to discover it, and, in the process, discovers more about itself.

Journey of the Broken Circle, created by Loveable Hat Cult (I adore this name!) may or may not have been inspired by The Missing Piece. It’s hardly a unique concept to feel like there’s something missing in your life and want to figure out more, but the important part is that this isn’t something where you need to point fingers in any direction to place blame: the game is excellent all on its own. In a similar vein as the aforementioned story, Journey of a Broken Circle is about a broken circle, missing a piece who desperately wants to set out and find something to “make itself whole.” Along the way, the circle talks to a variety of objects, animals and otherwise, because the circle realizes early on that it might not be as simple as finding something that fits in its gap. Maybe finding a friend, a companion, a kindred soul will also help. The circle will travel through many landscapes and areas, overcome a lot of interesting and complex puzzles and ingest a bunch of delicious mushrooms on a quest to see just what it might be missing. 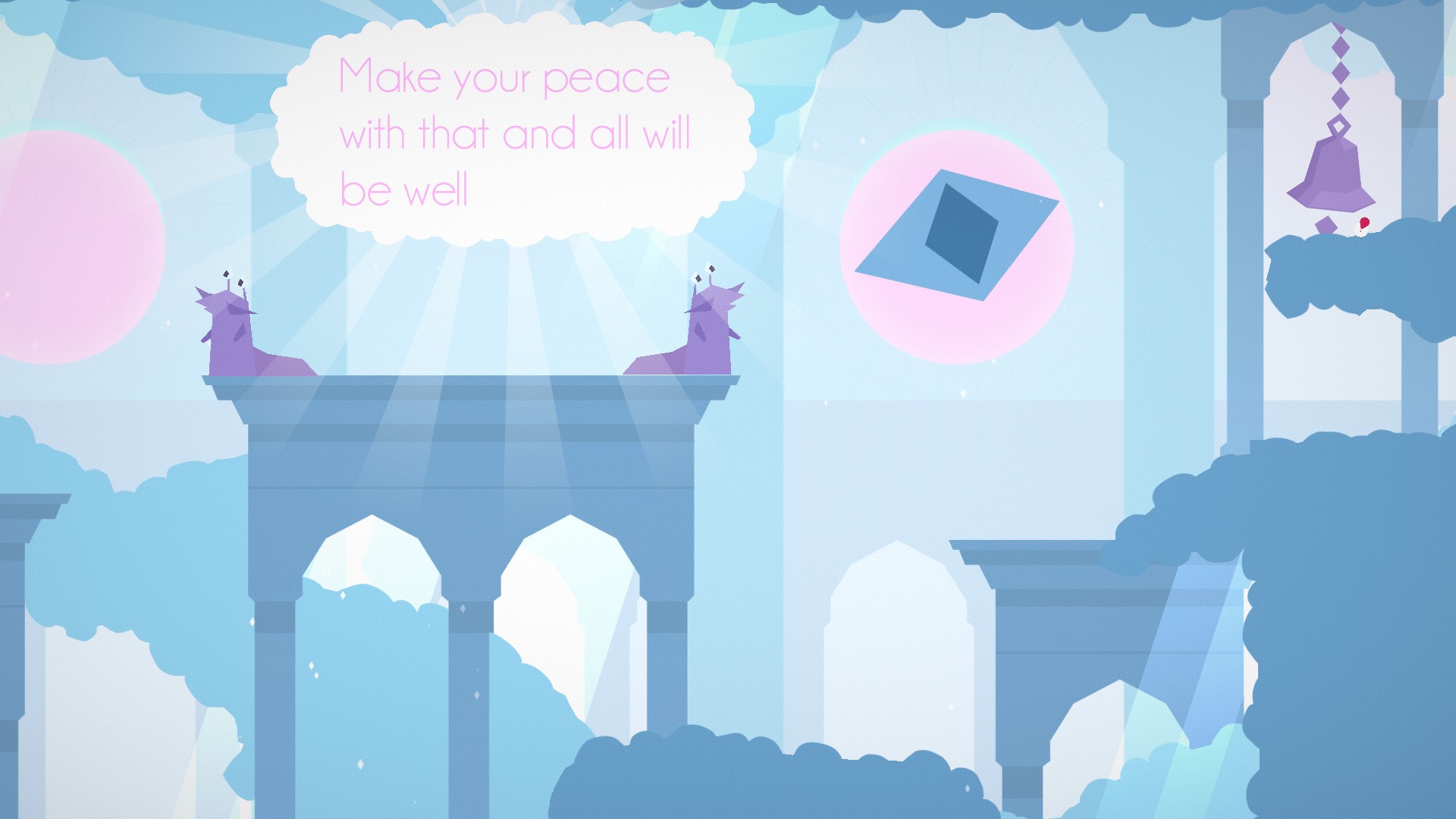 From the drop, Journey of a Broken Circle has a marvellous ambience and feeling to it. Without needing to be instructed, you know what you must do: you must roll, and roll you shall! The circle is just that, a circle, and you get to travel wherever a circle that can also jump might go. You roll along and try not to get stuck in different areas, though getting stuck and finding yourself in uncomfortable moments can lead to breakthroughs and exposition about what the circle (and maybe the player) may be thinking. The game also adds a bit of additional gameplay element by having the circle’s circumstances change as the game goes on. For instance, at one point the circle finds a sticky burr (named Sticky) that wishes to accompany the circle, and so, for a time, circle has the ability to cling to walls, effectively letting him explore areas he never would have been able to see otherwise. Sticky, though, eventually realizes that circle likes running around a bit too much and they do part ways, so don’t get too used to the mechanic.

One thing that’s particularly exquisite about this game is that Lovable Hat Cult made the wise decision to not prioritise the story over the gameplay or vice versa. Journey of the Broken Circle is certainly telling a tale, make no mistake, but this at no point devolves into anything too wordy, preachy or exhaustingly expositional. Instead, the storyline of the game unfolds as fast or slow as the character wills it. It’s very possible to accidentally go barreling through text and miss entire moments or even choices if you aren’t careful, and it doesn’t hold consequence: rather, what you get out of the story is what you choose to put into it. If you want to pause a moment and let the words from some unseen narrator formulate and be read with some gravity, that’s your choice. When you’re forcibly held to stop and read/listen to what’s happening, you can still exercise some level of impatience, bouncing in place until you’re allowed to keep moving. I found myself more apt to stop and enjoy the moments of plot the further along I got into the game. Firstly, because I liked the message that I was receiving from different characters and personalities, and secondly because I had to catch my breath after a LOT of crazy movement and platforming.

Journey of the Broken Circle has some excellently designed stages that both encapsulate the saga of the circle and also the inherent replay and risk/reward that makes gaming an enjoyable hobby. The circle will have to contest with hidden passages, physics and a lot of precise moments in order to succeed. I fell to my death countless times in water, lava and worse, and I always respawned with a smile on my face. While the objective is to make the player figure out exactly when and where they need to be, there isn’t a penalty from dying: it just sets you up again. Hunting the three mushrooms per chapter is a great sidequest unto itself, both in terms of completionism and in terms that the circle seems so happy to eat them and to share them. It’s a forward movement driven game that doesn’t relent just because it’s hard: it can stop when you’re ready and keep moving when you’re prepared. 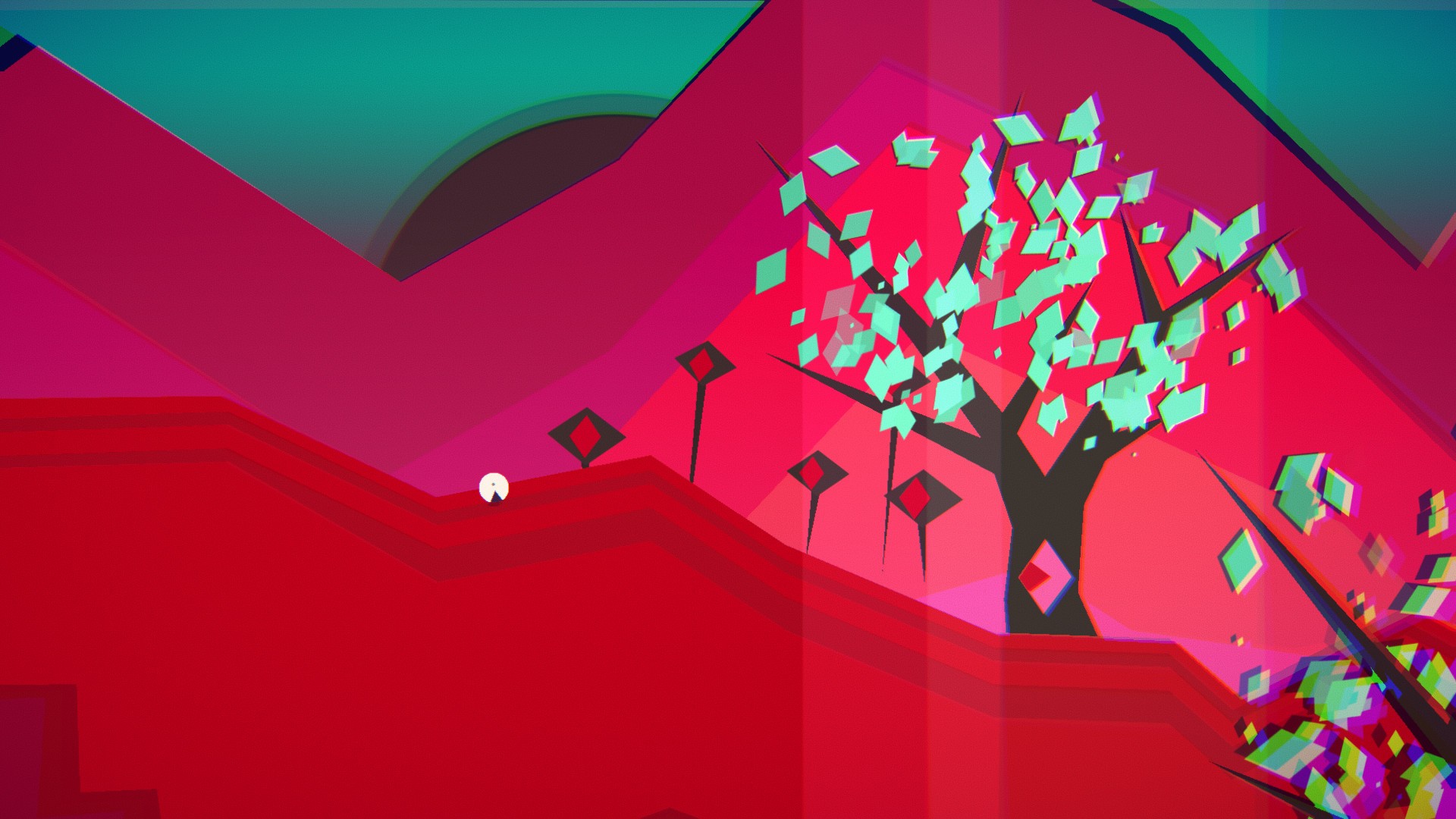 What really sells this game throughout is the presentation and attitude. Journey of the Broken Circle could have been dark, dreary, a real reflection on existential pain and the uncertainty of belonging. Heck, there’s a brilliant moment when circle is being pursued by a depression monster who is determined to pull him down into nothingness. It was awful, but only because of the chilling way that the darkness of feeling abandoned can manifest, and it was quite relatable. That isn’t the consistent thread throughout, however. Instead, we gave the spiel about existentialism to a group of balloons named Dr. Ballon Bush and I rushed past it before it could finish spouting philosophy that was going to jam up my good times. I later went back and listened more (chapter by chapter replay is great!) and the espousals were quite interesting, particularly with Sticky’s commentary. The circle wants friends and to find purpose, but it isn’t willing to stop doing what it loves in order to conform to other people. Reversely, it doesn’t expect others to change and be more like it. There’s a profound moment when the circle observes that just because he and Sticky fit together doesn’t mean they should be together. Like, how freaking heavy is that? Fairly, but I didn’t think too much about it because then I was dodging through a volcano and life was too exciting to consider the gravity of it.

That’s what sells Journey of the Broken Circle. This gorgeous to behold, cute to indulgence and fascinating to play experience comes with equal parts entertainment and education. By the time this relatively short quest is through (about five hours, even with extensive mushroom hunting), you feel great from top to bottom. It’s maybe not my favourite platformer of all time, but it’s one of the best story-driven ones I’ve played, and I had tons of fun exploring and enjoying my time with the circle. I love the font choices and the dialogue spoken by everyone and everything. The owl is a fantastic character, and the circle might be my spirit animal. The game is a treat, and I would highly recommend this to players of all walks of life.

Journey of the Broken Circle Review

We are all broken circles, and Lovable Hat Cult has designed a game that lets people know it’s alright; sometimes being broken is to be whole.