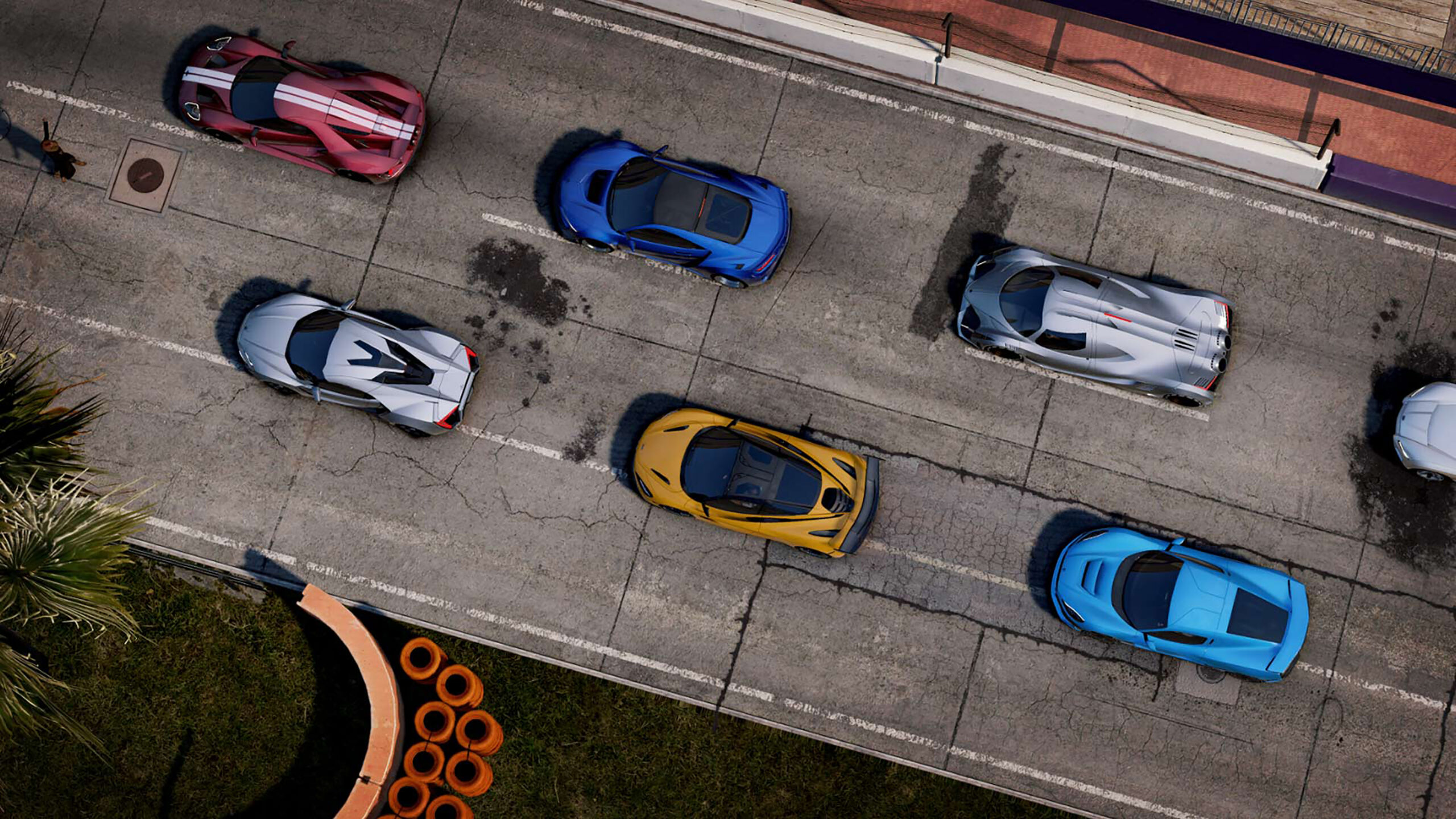 When I first heard about Slightly Mad Studios, the developers behind Project CARS, taking on the Fast & Furious franchise, I was ecstatic. After all, the multi-billion dollar film franchise hasn’t had the best luck when it came to video game adaptations. Apart from a decent DLC attempt with Forza Horizon 2, there’s never been a Fast & Furious game that captured the same adrenaline rush of the films, despite all the potential in the world just begging to be taken advantage of. Enter Fast & Furious Crossroads, an arcade-style racer that somehow manages to even get the fundamentals wrong about the movies.

Fast & Furious Crossroads focuses on some high-speed thrills with the entire gang present, including Vin Diesel and his ridiculously sized biceps. The story focuses on a bad underground organization threatening to rob various locations and trucks, and it’s up to Toretto and the crew to thwart their plans while making some sweet cash for themselves. It also introduces a couple of new characters to mix who add absolutely nothing to the dynamic of the crew, instead sticking out like sore thumbs in all the wrong ways. The game only goes downhill from here (quite literally), as we jump from one pursuit and action set piece to the next with no glue holding the flimsy narrative together.

For the most part, the story of Fast & Furious Crossroads is about par for the course when compared to the movies. There’s a group of bad guys who we don’t actually care about, and plenty of big action sequences that defy the laws of physics. Needless to say, you’ll need to suspend your disbelief a lot to really get into the story’s wild twists and turns. If there’re some positives I can actually give the game, it’s that the action set pieces are genuinely thrilling. Sure, they will not blow your mind, but the scale of the action can escalate to dizzying heights fitting of the high-octane thrills seen in the movies. One moment you’re chasing down an armoured truck, and the next, you’re racing down a mountain as an avalanche consumes the surrounding environment. It’s impressive while it lasts, but the problems only stand out when you aren’t blindsided by the big action. 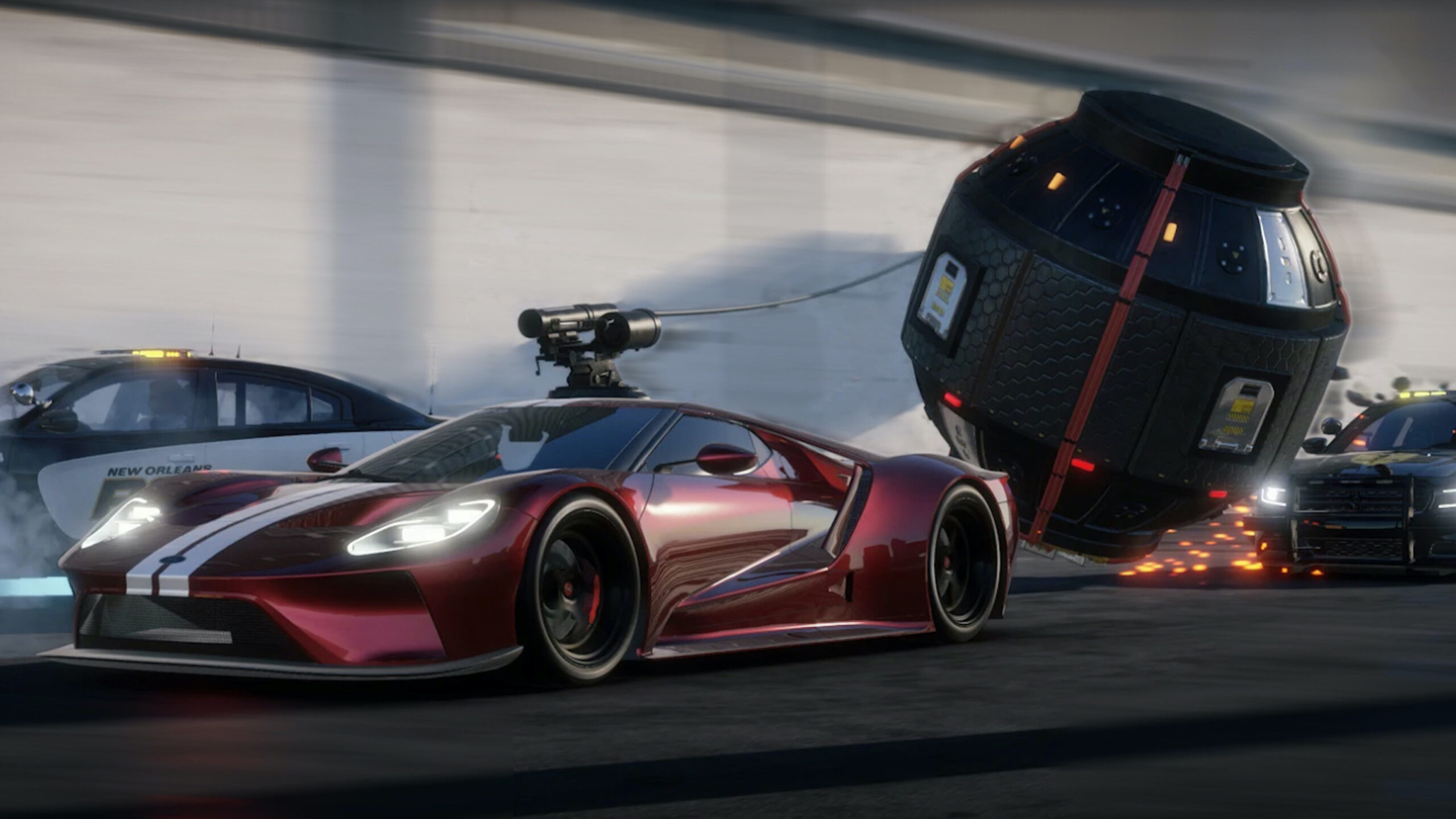 Missions play out like an arcade racer, only with none of the racing involved. Instead, it reminded me of those objective-based missions from games like Spyhunter: follow a target, avoid obstacles, hit ramps for maximum point accumulation, rinse and repeat. There’s no traditional “racing” present, but it offers a wide variety of familiar vehicles seen in the movies. You’ll have a bit of fun toying with them initially, though the novelty wears thin quickly, no thanks to some terrible controls. The cars themselves look fine, but controlling them is incredibly tedious and frustrating. Reaching top speeds while attempting to drift around a corner will almost always result in you slamming into the nearest fence or wall. Vehicles slide around like they’re on ice, and heavier vehicles are even worse because of sluggish controls making them feel inexcusably tanky.

Fast & Furious Crossroads feels unremarkable in its execution. I realized this was a game better suited to the PS3/Xbox 360 era, and even then, it might have raised a few eyebrows. The graphics, especially during cutscenes, look last-gen and character models are especially ugly and awkward. Seeing Vin Diesel and Michelle Rodriguez unnaturally move and twitch around conversations is a sight to behold, but it gets even worse when you factor in the many technical problems. On one occasion, dialogue for Vin Diesel completely cut off, resulting in an unintentional hilarious exchange between one character and a lifeless mimic of Toretto. I found some enjoyment in at least poking fun at the awful dialogue while making up my own sentences to alleviate the serious tone of the plot which switches to playful and back to jarringly to make sense.

For some reason, Slightly Mad Studios also omitted the speedometer. While I would’ve been fine with it if the game leaned into its campy arcade style more, there are sections where you have to be careful of your speed limit or it results in a mission failure. It’s a bit difficult trying to keep to a certain speed limit when you have absolutely no idea how fast you’re going. To add to the frustration, side characters mumble and throw out cringe-worthy one-liners constantly, leading to moments of frustration from a combination of bad controls, no sense of speed, or terrible dialogue. 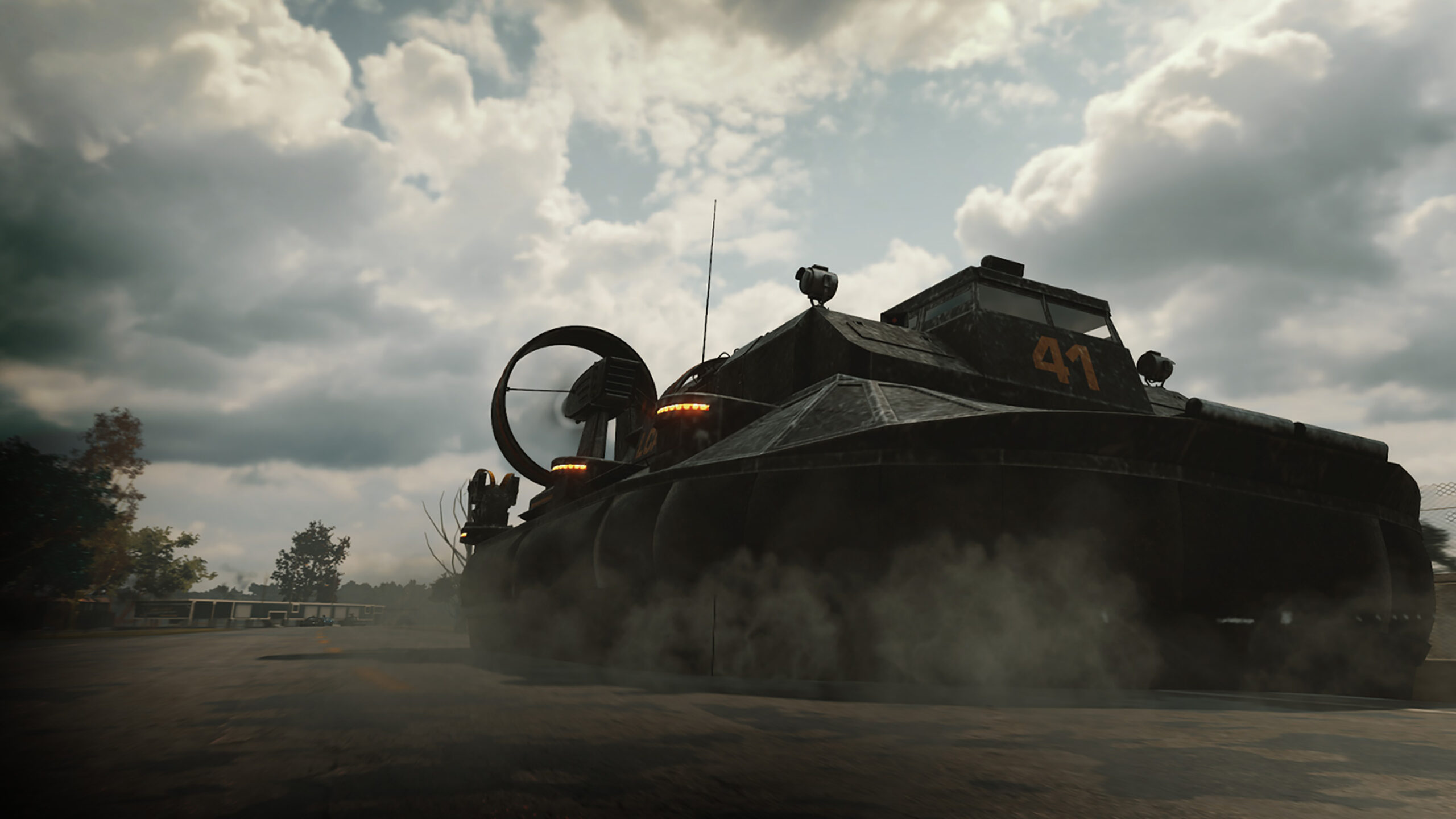 Fast & Furious Crossroads could’ve been something special since it had the backing of Slightly Mad Studios, who I know is capable of so much more in the racing genre. It’s baffling to witness how half-baked the entire experience looks and feels to play, which is honestly the biggest and most tragic disappointment of the game. Adding to the disappointment is a bunch of lacklustre performances from the cast. When Tyrese Gibson shows up, he honestly adds a much-needed sense of humour and likability to the characters because of his natural charm and wit. In contrast, Vin Diesel and Michelle Rodriguez, both sound like they fell asleep in the recording booth and occasionally woke up in between naps to deliver dialogue. The voice direction and acting is so inconsistent, it pulled me out of the game a lot more than I expected.

Gratefully, Fast & Furious Crossroads is a very short game. You’ll be able to complete the main story in about four hours, and that includes all the cutscenes. However, that leads to another couple of negatives. It’s current asking price is a premium, meaning you must shovel out a full $60 for a game that offers so little content or replay value. There’s no open world to incentivize returning to the game, instead featuring walled off sections and arrows that just point you to your next destination with no sense of freedom or exploration.

Some impressive action set pieces and Tyrese Gibson’s charm ultimately can’t save Fast & Furious Crossroads from feeling like another uninspired licensed video game with none of the heart or soul of the movies. It’s too short for its asking price, too clumsy to control, and too jarring to have a consistent and exciting plot. I rarely like to rag on video games as I try to see the best qualities in them, but Slightly Mad Studios does everything in their power to make this experience feel tacky, soulless and disappointingly shallow considering the developer’s pedigree for fantastic racing games. I do hope they have another crack at adapting Fast & Furious, but at least pour some passion into making a video game worthy of the franchise’s reputation. As it stands now, this ain’t it, chief.

Fast & Furious Crossroads is a tragic and disappointing mess, though it at least has a likable Tyrese Gibson…