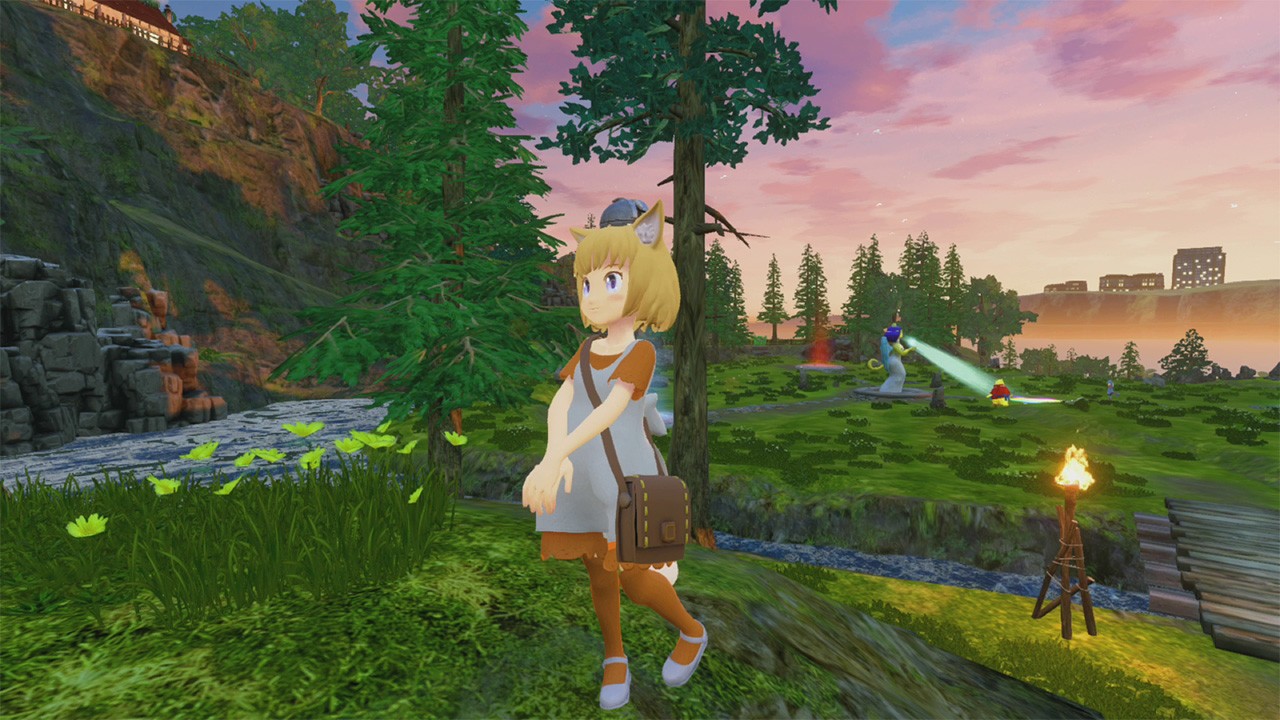 I think we sometimes let Japanese developers get away with a bit too much. And I don’t mean about the weird vantages of sexuality within the anime and manga and gaming tropes: that’s a problem that we keep shaking our fists at in public while buying in private. No, I’m talking about the seemingly disjointed and nonsensical ways that certain plot lines and ideas unfold. Too often, we’re told “this is happening and you have no explanation why” and we just go with it because it’s cute or interesting or whatever. Take literally every character in the beloved manga/anime Azumanga Daioh. Nothing makes a lick of sense. A fifth grader skips straight to tenth grade in a country where no child may skip a grade, ever. Sasaki is borderline psychopathic when it comes to cute things, but we just allow her to be distracted from life by anything adorable. And one teacher is definitely a paedophile, but we just laugh it off. Yet no one seems to mind or care about the insanity behind the scenes as long as it’s cute.

That’s something that I was constantly vying with when it came to Giraffe and Annika, a genre-bending title from Atelier Mimina and published by NIS America. Firstly, the title is odd, because you don’t play as Giraffe. Giraffe is a secondary character who is pivotal to the plot, and you do not control him whatsoever. Also, Giraffe is not a giraffe. That’s the name of a dude who may or may not be a fennic fox in disguise based on his ears, but is, at the very least, a pretty anime boy who asks Annika for help. Annika herself is a young girl who is supposedly one of the last members of a race of cat people called the Felycans, but even that is suspect due to flashbacks (that we’ll analyse in a second). As you move through this unfamiliar world that you’ve woken up in with amnesia of some kind, three things become apparent. One: everyone seems to know who you are and have different degrees of insult that you don’t remember them. Two: the fact that you’re a cat person is incredibly important, though no one can explain why. Three: you need to collect these star fragments because that’s what Giraffe tells you to do, although he totally cannot get them himself. So off you go on a weird ass adventure, because why the hell not. 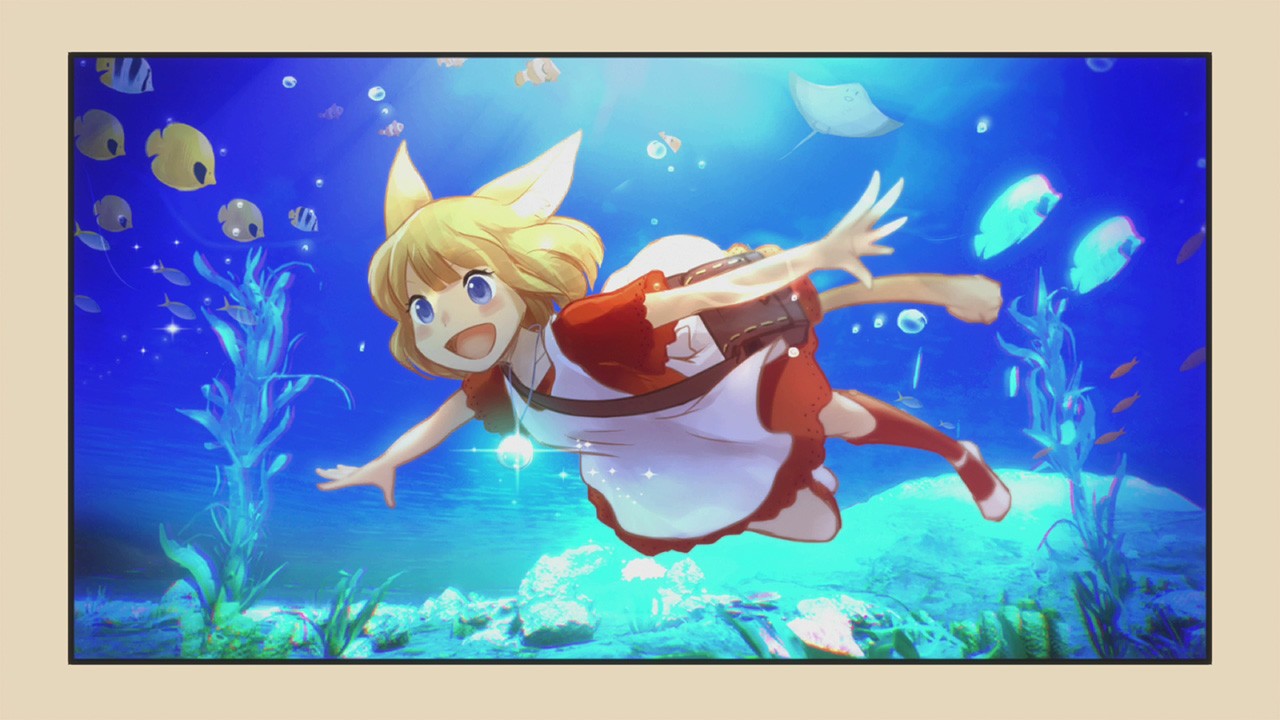 As mentioned before, Giraffe and Annika tick too many boxes to fall into a singular slot, so let’s go down the list as best we can. It’s a 3D exploration game from a 3rd party vantage, allowing you to see Annika running all over the place. It’s a bit open world, but most of what you need to do is directional, even if the directions are vague and obtuse. As you move along, you’ll encounter several things, and I mean that in both a passive and interactive sense. On the one hand, there are minor puzzles to solve (doors to unlock, items to find, etc.) as well as some cute collectibles that give us insight into the minds of Annika and the developers alike. Adorable, original cat-themed comics that were made for the game, for example. You also need to basically be on the constant defence, because Annika never develops a proper way to defend herself against some of the more tenacious entities in her life.

On the other hand, there’s also this rhythm element to the game, and that’s just a fantastically odd choice that I don’t hate. When you encounter a boss battle (which happens more than you’d think in a game so innocuous), you need to make a musically themed defensive strategy, swinging a stave that you happen to generate when the time calls for it to deflect or at least engage with balls of light that get tossed in time with a rather jaunty, jazz/bossa soundtrack. You can select your difficulty before these silly little fights, so you can slap it on easy if you just want to move forward or crank it up to hard if you choose to inject some real competition against yourself. In all cases, the name of the game is “move to spot, hit A at the right time, repeat until exhausted.” It’s not bad, but it can be a little tricky because of the handling of Annika. Well, at all times.

There is something that’s janky about the way certain indie games handle, and Giraffe and Annika is certainly no exception. There was a lot of love put into the design of the game, and it shows: the avatar of Annika looks great for the most part, clearly very lovely and moe in concept. The landscape is usually quite detailed, from the lush forests to the clear beaches and even the craggy, winding mountains you eventually scale. Yet it feels like the game was created in the following order: story, characters, background, then, finally, controls. The animation can be a little odd, with Annika’s hair arbitrarily jumping about when you walk on uneven ground. Her jumps (when you finally get them) are floaty by nature, and that is both a stylistic choice but also a stylistic undoing. The maps and the clipping aren’t perfectly lined up, resulting in many times where Annika will run into stuff that simply doesn’t seem to be there, or cannot climb onto a step from a certain angle because it wasn’t plotted. It’s a mistake I’ve seen before, and it can get aggravating because it adds additional time to the game that need not be there. 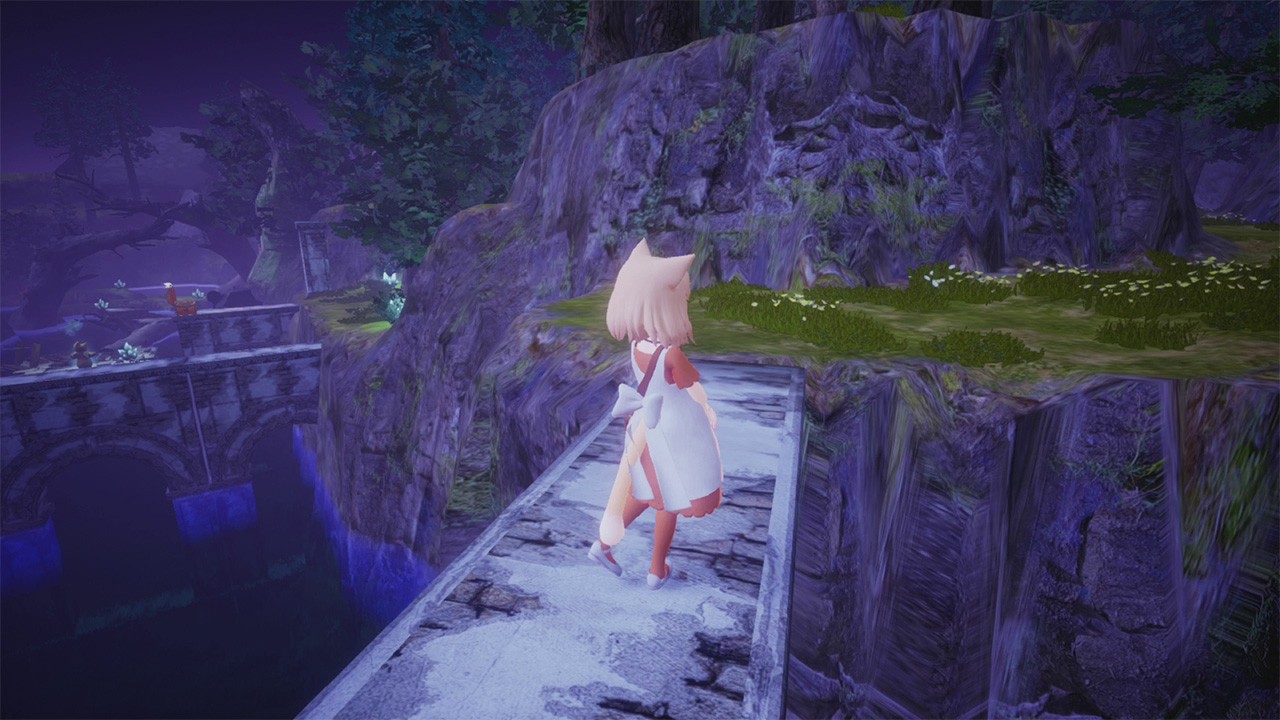 In that same vein, Annika feels a tad useless as a heroine. Don’t get me wrong, she’s great at the boss battles, and I loved the way the story unfolded for her. What I didn’t love was her inability to defend herself in any way with some surprisingly aggressive AI chasing her from the very beginning. Annika spawns unable to do so much as jump, so her first foray into finding a star fragment is shockingly difficult, and you’ll probably “die” a few times from the ghost spirit cats mauling you every which way but loose. Yes, there are heal spots everywhere, but it’s not a great substitute for surviving on your own. Annika eventually gets the ability to jump and dash, which does make it somewhat easier, but the game also scales accordingly. The spirits go from merely chasing you to hurling projectiles at you, which can one-hit kill if you’re unlucky enough to be swimming at the time. With the utterly sweet facade and innocent storyline full of kooky characters (I can’t get over the fact that it’s Lisa’s house where you start!), players may be surprised or even dismayed by how challenging it is to get from point A to point B.

Thankfully, there is plenty of redemption to balance things out within Giraffe and Annika. It looks great. It sounds wonderful with a beautiful soundtrack, complete with a sprawling score to accompany all the locations, bosses and characters you visit. The story is sweet, and the comic book style way of doing the cutscenes both cuts down on rendering and loading while delivering a tone and a pacing that matches the developers’ vision. By the time you reach the ending (and have one banging boss fight with Lisa), you get to better understand the story and the vision, which is incredibly sweet. Somehow, understanding the ending makes up a bit for the confusion at the beginning, but that is a big ask of players. Many modern gamers won’t have patience to make it all the way to the end of a title where they feel lost or disconnected. So be sure to be aware before you take a journey through memories with Giraffe and Annika. Have patience. Trust the game. It really will work out in the end.

Cute and memorable, Giraffe and Annika is marred by some glitchy moments and difficult areas, but has a sweetness that cannot be forgotten.