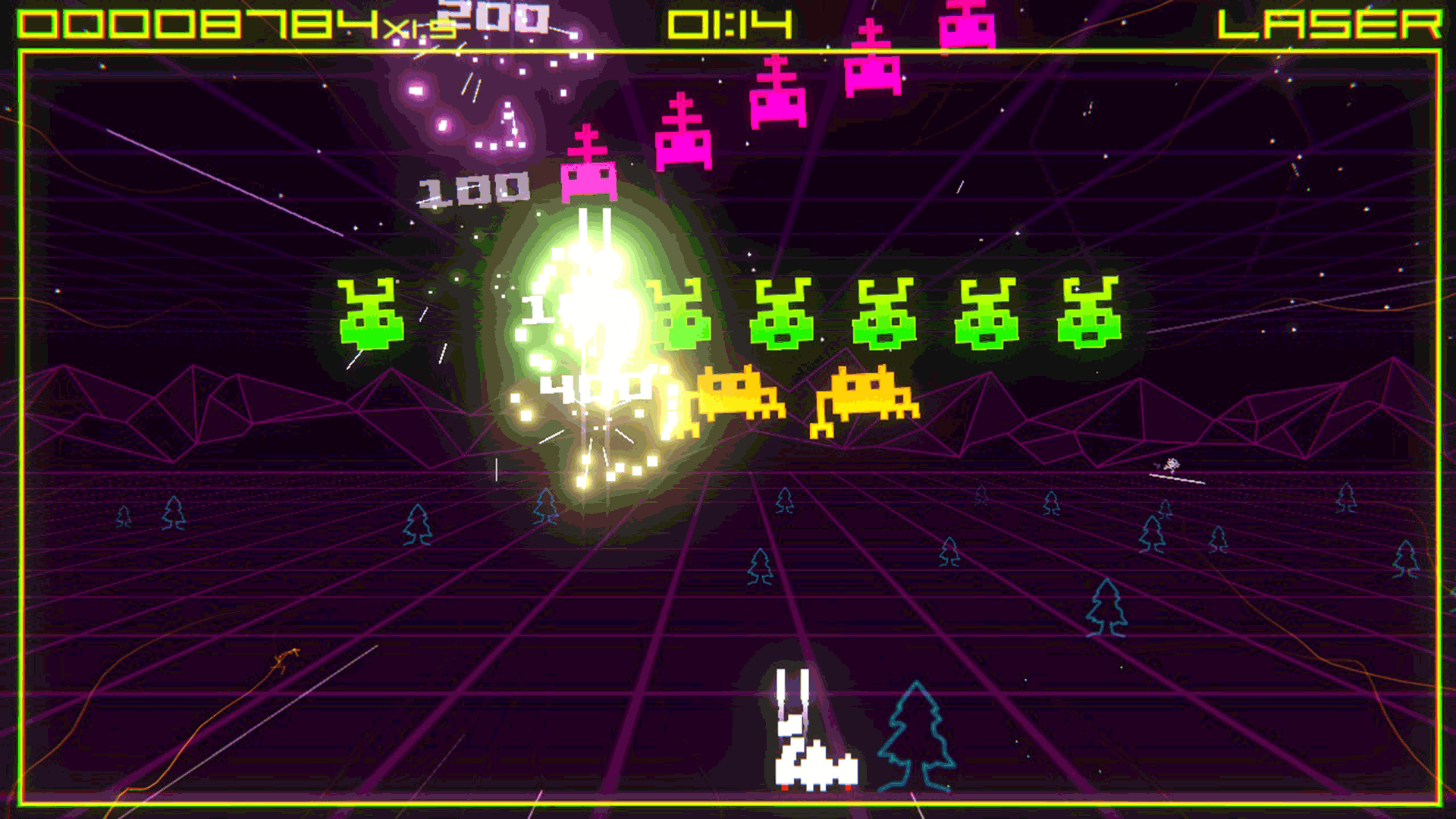 Just like Space Invaders in Super Destronaut DX you move left to right and shoot upwards to wards the falling enemies. There are a few weapons in your arsenal such as being able to shoot 2 or 3 bullets out at a time or enemy tracking missiles. The space villains who slowly make their way down also attack in a variety of missile led ways. There isn’t a great deal of variety in the enemies so it doesn’t take too long to recognize their shooting patterns and adapt accordingly. Their bullets also seem to match the same colour as the enemy itself so that is another way to predict who has unleashed against your small spacecraft. However sometimes there are so many bullets and missiles flying about it can become frustratingly difficult to get out the way. Another thing to be aware of is the enemies that come towards you who are on the same level as you. These enemies are white in colour and resemble the enemies falling from above, but they don’t shoot they just get in the way, if you crash into one then you lose a life which is the same as getting shot. 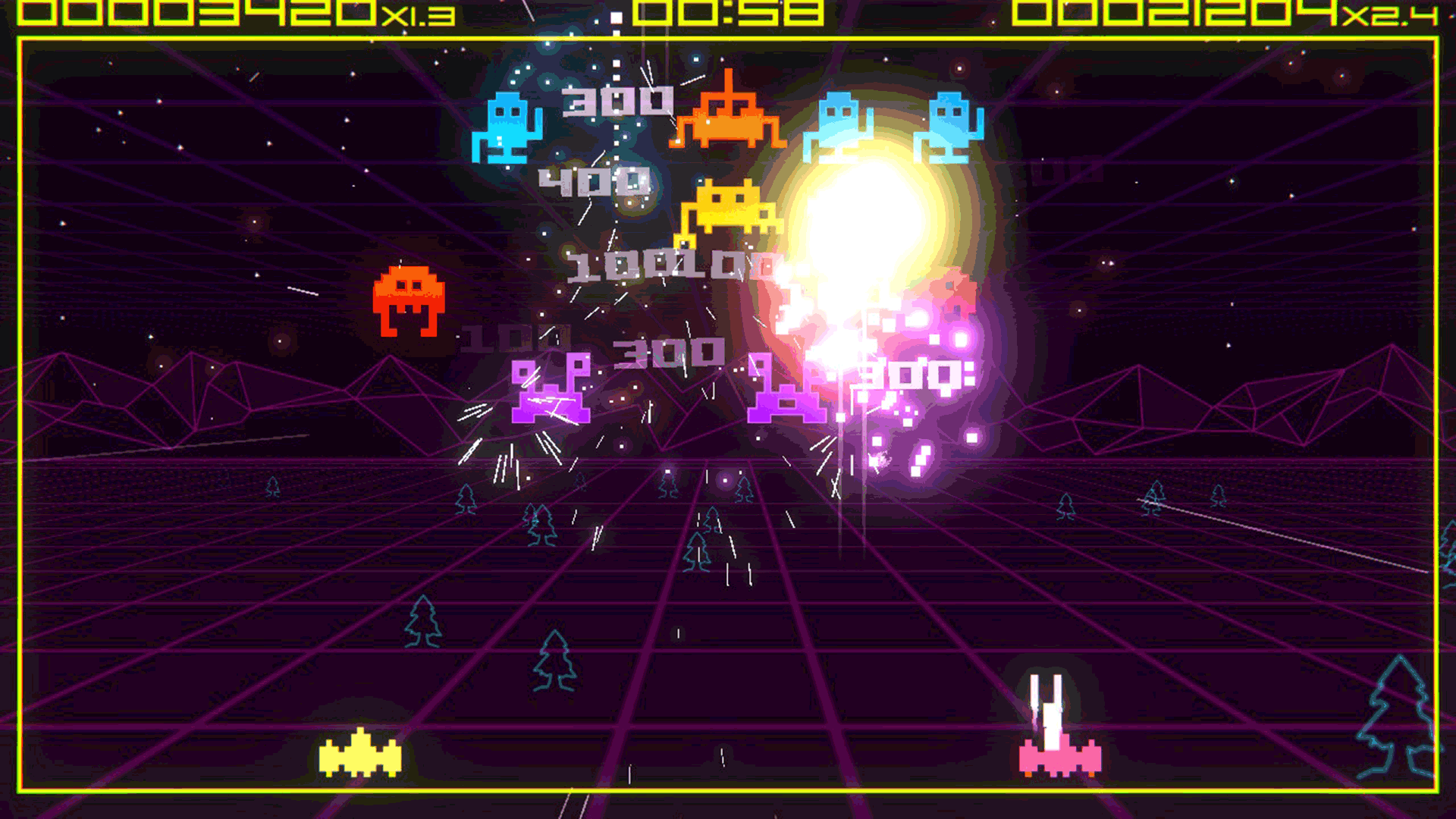 There are different modes in Super Destronaut DX which help add a bit more depth and longevity. There is a Challenge mode which contains 30 challenges such as destroying a certain number of enemies, hitting a certain high score, shooting at a certain number of ghosts, building up your multiplier and also collecting a certain number of power ups which can be gained by blowing up the ‘boss’ enemies. As you complete each challenge you move onto the next, although all 30 are playable from the start. Time attack requires you to score as high as possible in a limited time whilst Hardcore mode increases the difficulty but not by much.

If you’re a platinum trophy hunter then Super Destronaut DX is a very easy game to collect 100% trophies in terms of both time and difficulty. Graphically Super Destronaut DX is a very simple looking game. The menu is basic but nostalgic. The enemies are bold in colour but are primitive in design, the same can be said about your spaceship. The explosions are bright and colourful, there are times when it can become a little disorienting if multiple enemies have been destroyed at the same time. The space scenario again follows the simplified mechanics of Super Destronaut DX, there’s not a lot to look at. Musically Super Destronaut DX has that old arcade feel to it and the sounds of enemies being hit is always good for the soul, but there isn’t much in way of sounds besides the background music and blowing up sound effects. 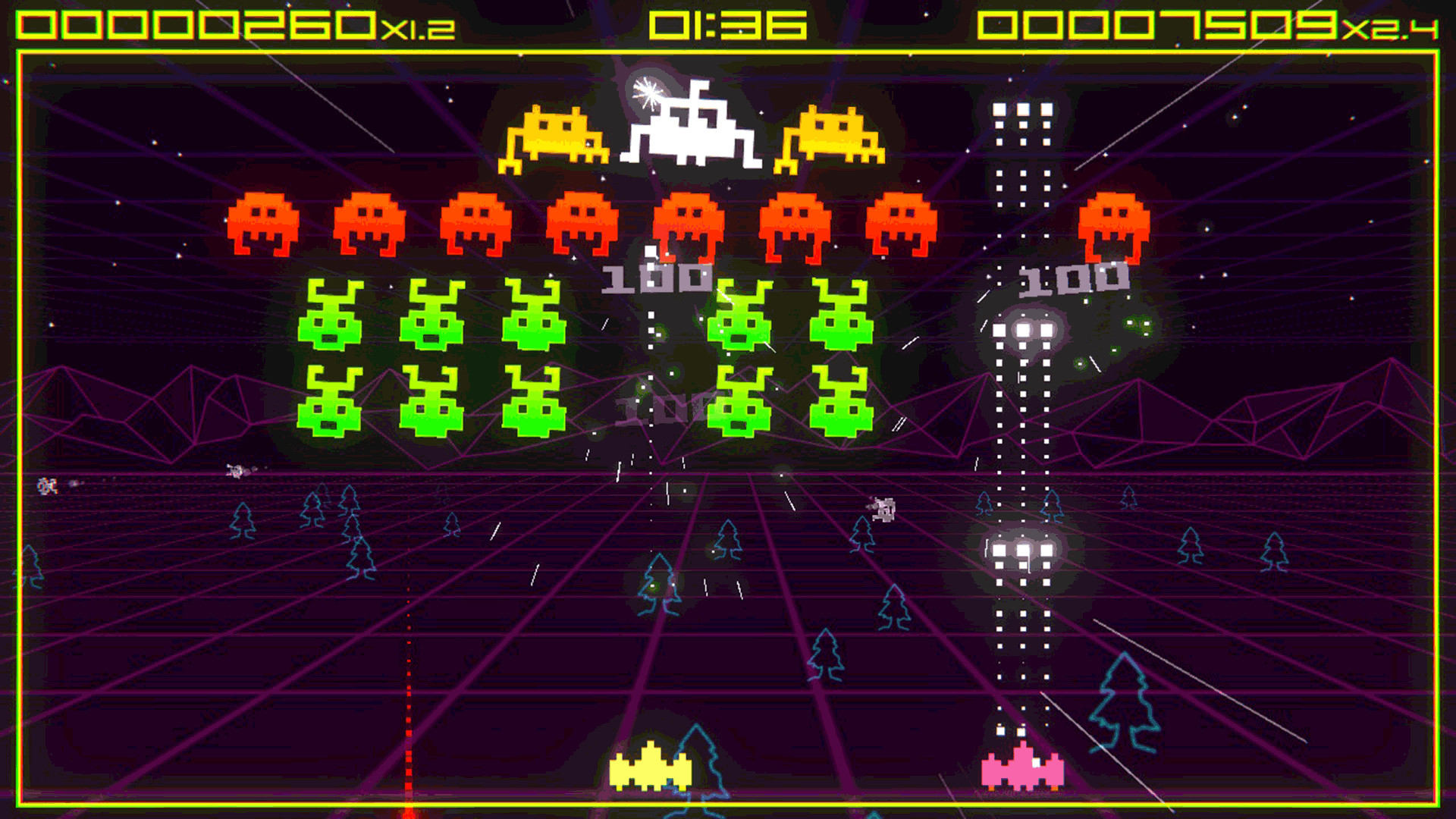