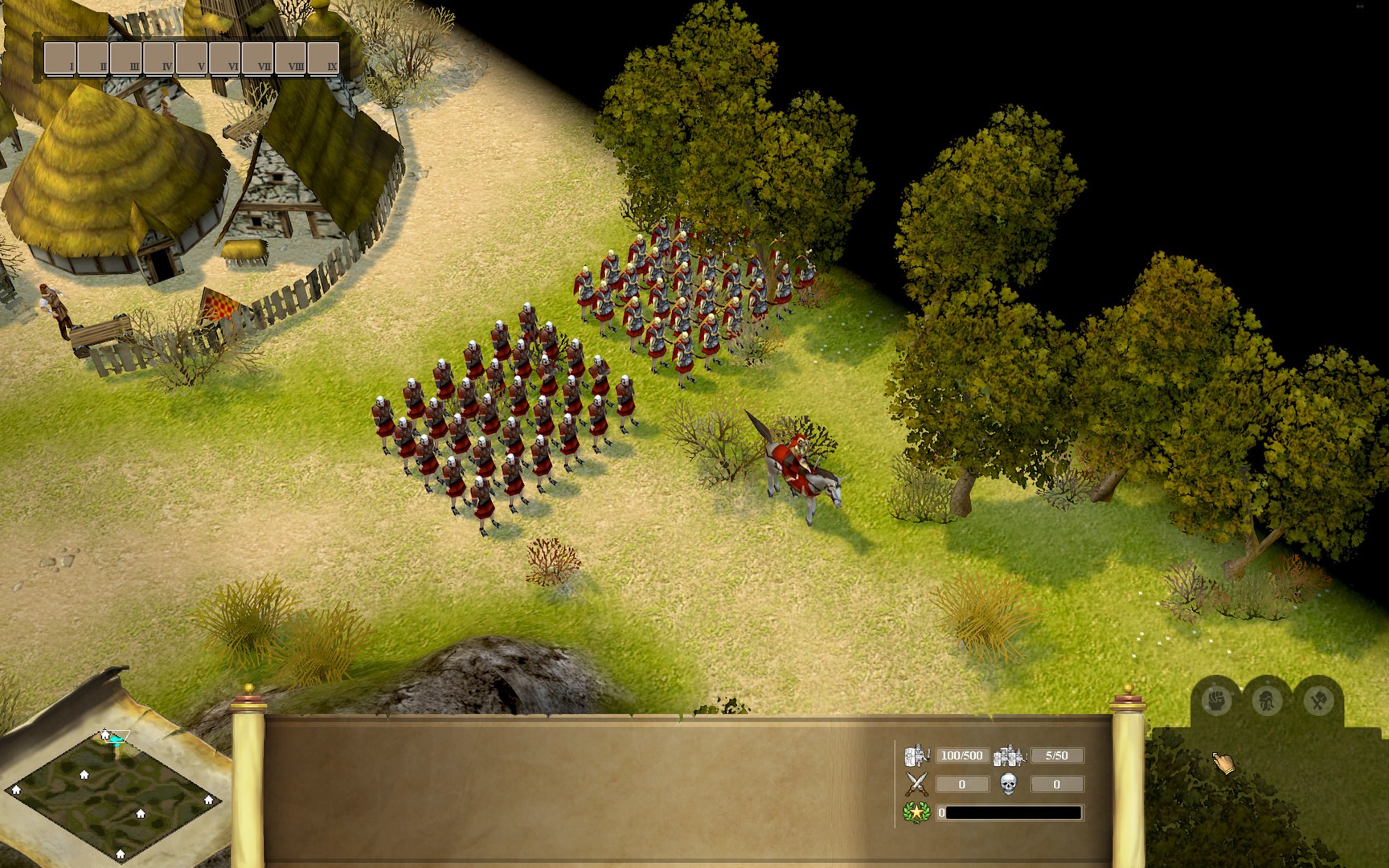 It fills me with great pleasure to see more and more real time strategy games working their way to consoles. Sure, we can debate and argue about how they work better on the PC and we know this is a fact, however, there is an audience on console who is crying out for games in this genre. Now I don’t know a lot about Praetorians but what I know is that it originally launched on PC a long 17 years ago and in a time of remasters, Praetorians HD arrives on console bundled with Commandos 2 HD.

Back in 2003 we were spoiled with RTS games really, Command and Conquer and Age Of Empires were the big hitters and dominated gaming headlines. So admittedly Praetorians passed me by and is one I never ticked off. The original title was developed by Pyro Studios and was published by Eidos Interactive, fast forward to 2020 and Kalypso Media has taken on the project. Kalypso Media are successful in their own right with titles such as the Tropico series and very recently Port Royale 4.

The developers have promised higher resolution, improved textures and the re-activation of the multiplayer modes. Before I played the game, I thought it was important for me to look back at gameplay footage of the original title to see what I was letting myself in for and also to have some knowledge in my head of the graphical differences I would look for. 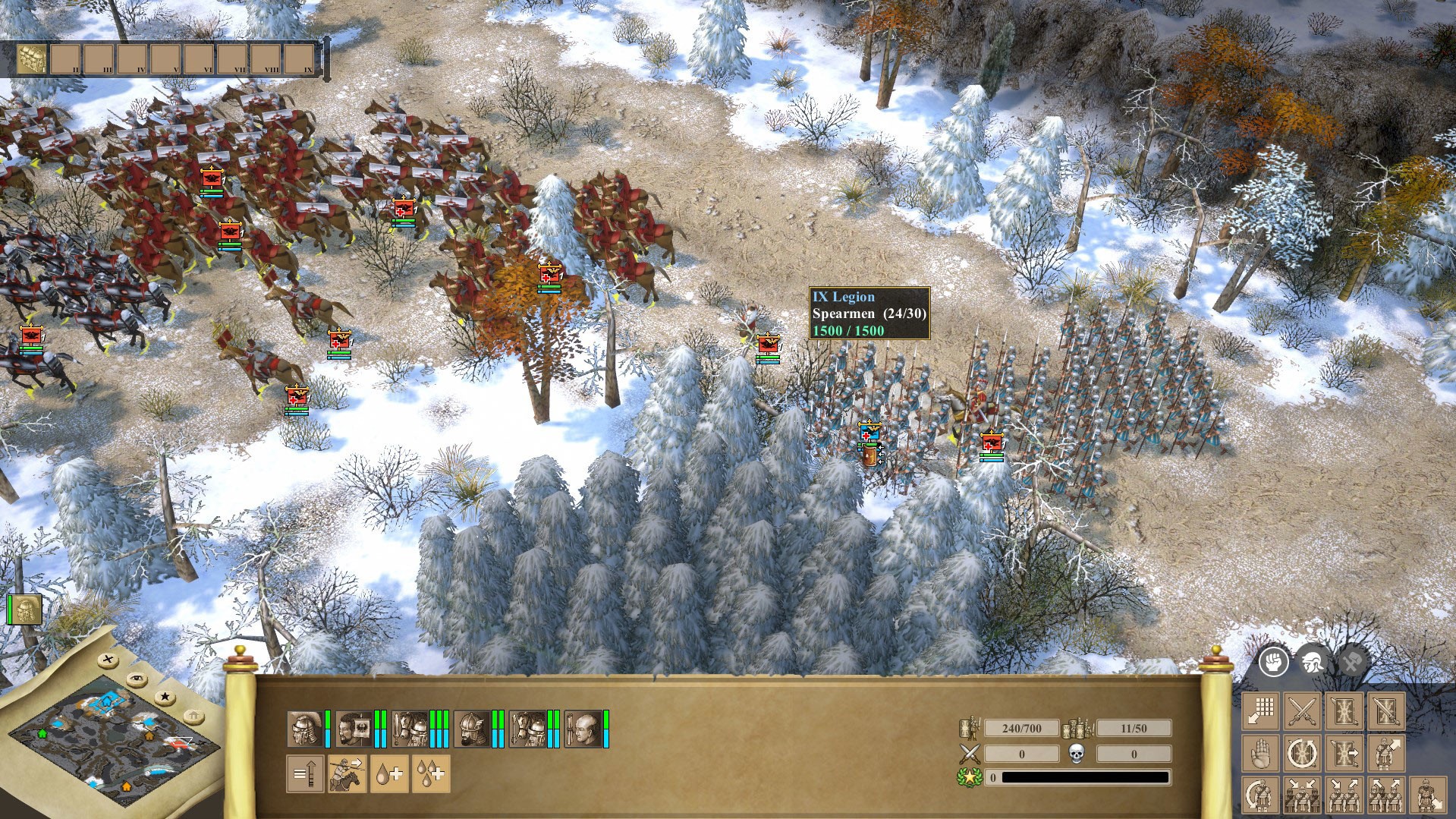 As with most real time strategy titles you have your hand held at the start of Praetorians HD remaster and are guided through some basic control mechanics and gameplay. It’s extremely useful to play through this portion of the game to find your feet. Once you work through the tutorial section, you’re then ready to blast through the main campaign.

Praetorians is quite different to other real time strategy games in the fact that you focus on military strategy and tactics rather than building an entire base and surrounding buildings and gathering resources. Admittedly, this puzzled me at first as I was expecting some sort of resource gathering aspect as I have never known an RTS game without this.

The only part of the game where you will get close to touching on base building is capturing and controlling villages and building defence towers to scour the close proximity. I was very impressed at how simple the control system was as I can imagine it’s extremely difficult to port this style of title and implement simple intuitive controls but Praetorians HD remaster nails this aspect.

You might be left wondering how an RTS game works without base building and resource gathering and this would be a totally valid question. You’ll be moving troops and taking over towns and villages, and you’ll have the option to build a garrison nearby. Once you capture villages and towns, you’ll be able to recruit villagers and evolve them into troops. More troops equals means bigger armies as you swarm and capture even more with your power. What you have to bear in mind though is your enemy is mirroring exactly what you’re doing, which means high intensity conflict and combat scenarios blossoming into large-scale battles. 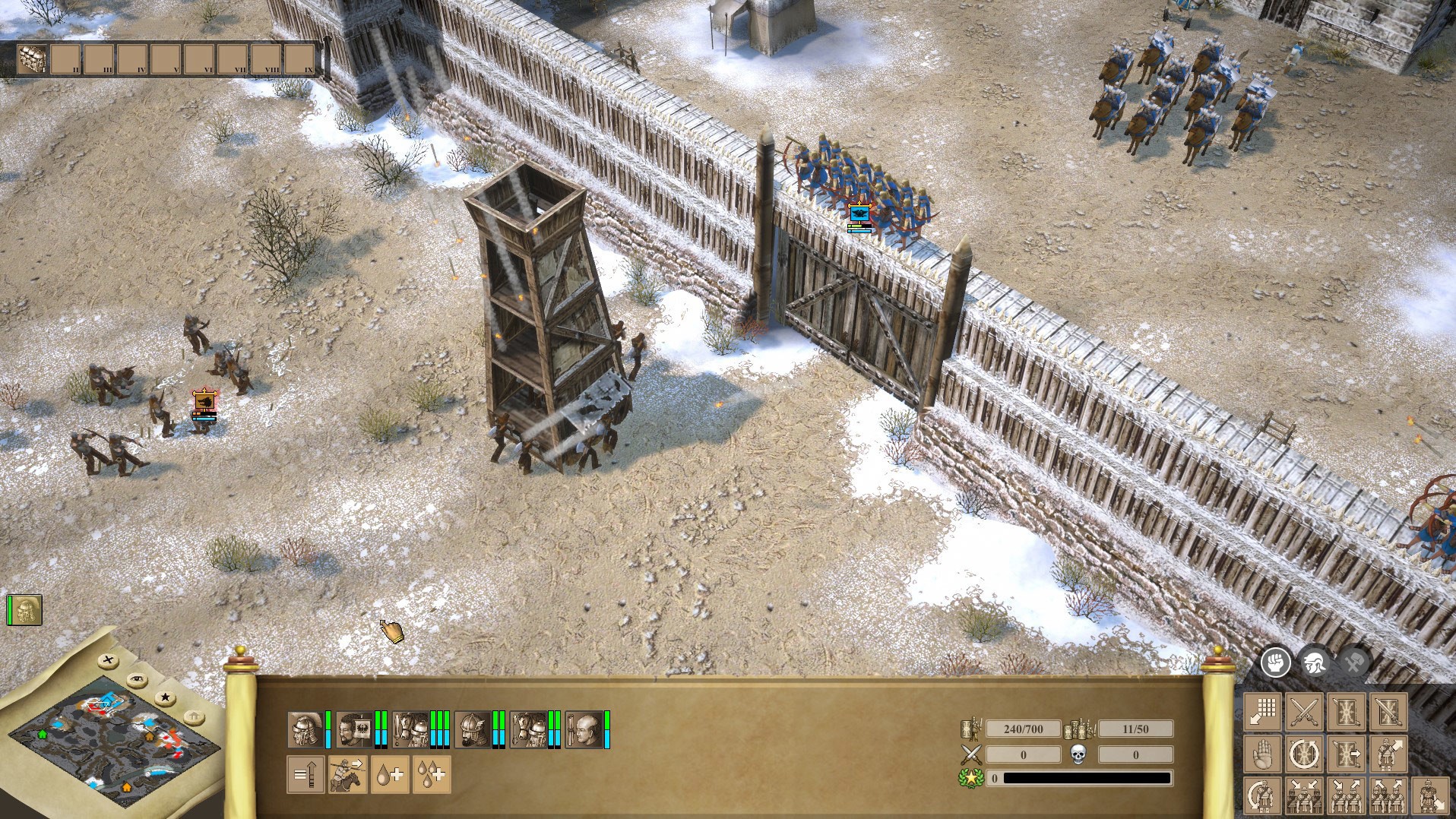 The experience and feeling of this title was different to other RTS games in the way that I felt it was always constantly on the go. With games such as Age Of Empires, there is always time to take a step back and plan, research new technology and build defences. Praetorians doesn’t give you time to admire the views and gives little room for advance planning. This was quite enjoyable in a way as it felt different and you have to think quickly and on the fly. That isn’t to say that you should just wade into battle, as this can have consequence and result in quick death. There are some environments you can use to your advantage such as long grass, high ground and controlling narrow areas and you can use scouts to survey areas before you head into battle.

It’s clear to see that there are some pretty big visual changes compared to the original. The trees appear a more vivid green, shadows are more visible and there has been a graphical overhaul. This is to be expected, seeing as this is a HD remaster. It won’t blow you away and I’ll state that to me it looks more like a big freshen and tart up of the original and to some this will all that will be needed to warrant a revisit or first time play. But I can’t help but think more could be done to maybe push the boundaries a bit further it terms of visual status.

Overall, I had a fun time with Praetorians HD remaster and for players of the original title it will itch that scratch for you. But if you’re expecting a massive difference in terms of anything new or super enhanced aesthetic change, then it may disappoint. This doesn’t make Praetorians a bad title by any means. The functionality, combat mechanics and visuals and several game modes add hours and hours of enjoyment and longevity. It is one I wish I had played all those years ago and I am glad I got the chance to visit this using the Xbox One X. For RTS fans, it is definitely one for the collection, especially with Commandos 2 bundled in with the package.

Praetorians HD Remaster is part of a new bundle along with Commandos 2 HD. For players of the original title it will itch your scratch or serve as a great RTS play for newcomers.