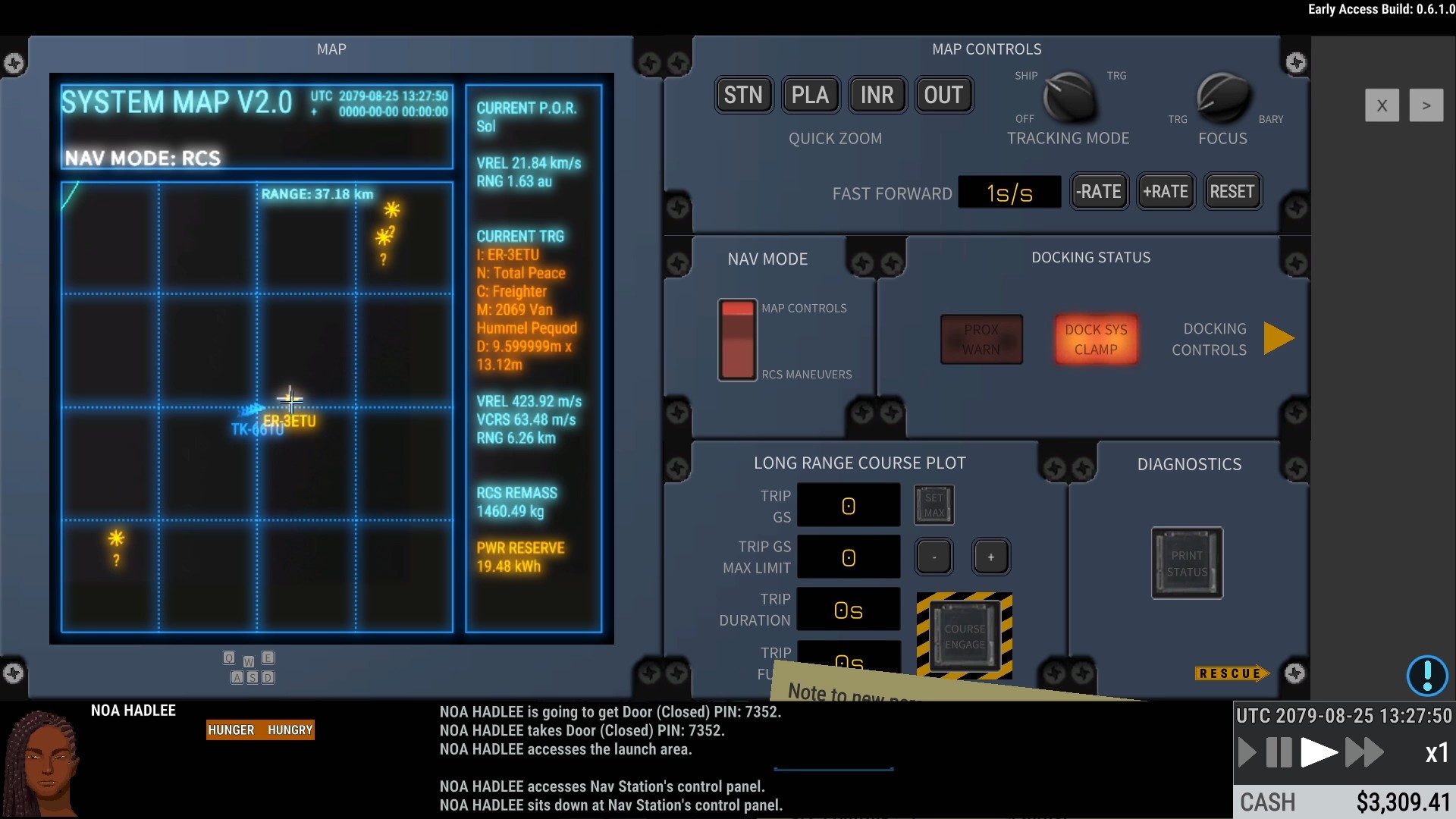 Ostranauts is the second game by Blue Bottle Games, which you may or may not know thanks to their previous game, NEO Scavenger. I’d say that NEO Scavenger isn’t that of a popular game, but it certainly conquered the hearts and minds of most of those that dared to play it, as user reviews on Steam indicate. It’s a post-apocalyptic survival roguelike and, although I certainly didn’t sink as many hours into it as its biggest fans, I’d still say that it’s quite possibly one of the best of its kind. So, what does it really have to do with Ostranauts? Well, they both take place in the same universe, but, other than that, they don’t really share anything similar in terms of gameplay.

Ostranauts is a top-down “noir spaceship-life sim”, as the developer calls it, and I’d say that it’s a pretty accurate description of what Ostranauts is supposed to be. The core idea behind the game is that you start out your journey with nothing but a salvage pod that you, somehow, got your hands on. Once you get acclimated to your excuse of a ship, how it handles and how everything works, it’s then time to start salvaging derelicts in order to get enough parts to fix one for yourself. This is no simple task, at least it’s not if you’re doing it all by yourself and you’re not resorting to any help outside of the game. This is also one of the game’s biggest hurdles, as its difficulty comes from complex systems that interact with each other behind the scenes, which are also heavily tied to the numerous and overwhelming terminals that you can find in every ship.

The UI in Ostranauts is quite possibly one of the best things about it, but it’s also simultaneously a big hindrance to new players. Pretty much every single ship system can be interacted with through a terminal, and these not only look unique but they also behave differently than the rest. I’ve learned mostly through trial and error, although I’m sure that you can also come up with what’s the meaning behind all the buttons and knobs if you take your time and study everything. The way that the game’s systems are intertwined with the ship’s UI reminds me of another space game called Objects in Space, which was also a game that had quite a lot of emphasis put into its UI system. In any case, the most daunting task that you’ll face in Ostranauts right now is probably learning how to repair and fire up a dormant reactor so you can get your newly scavenged ship and running. 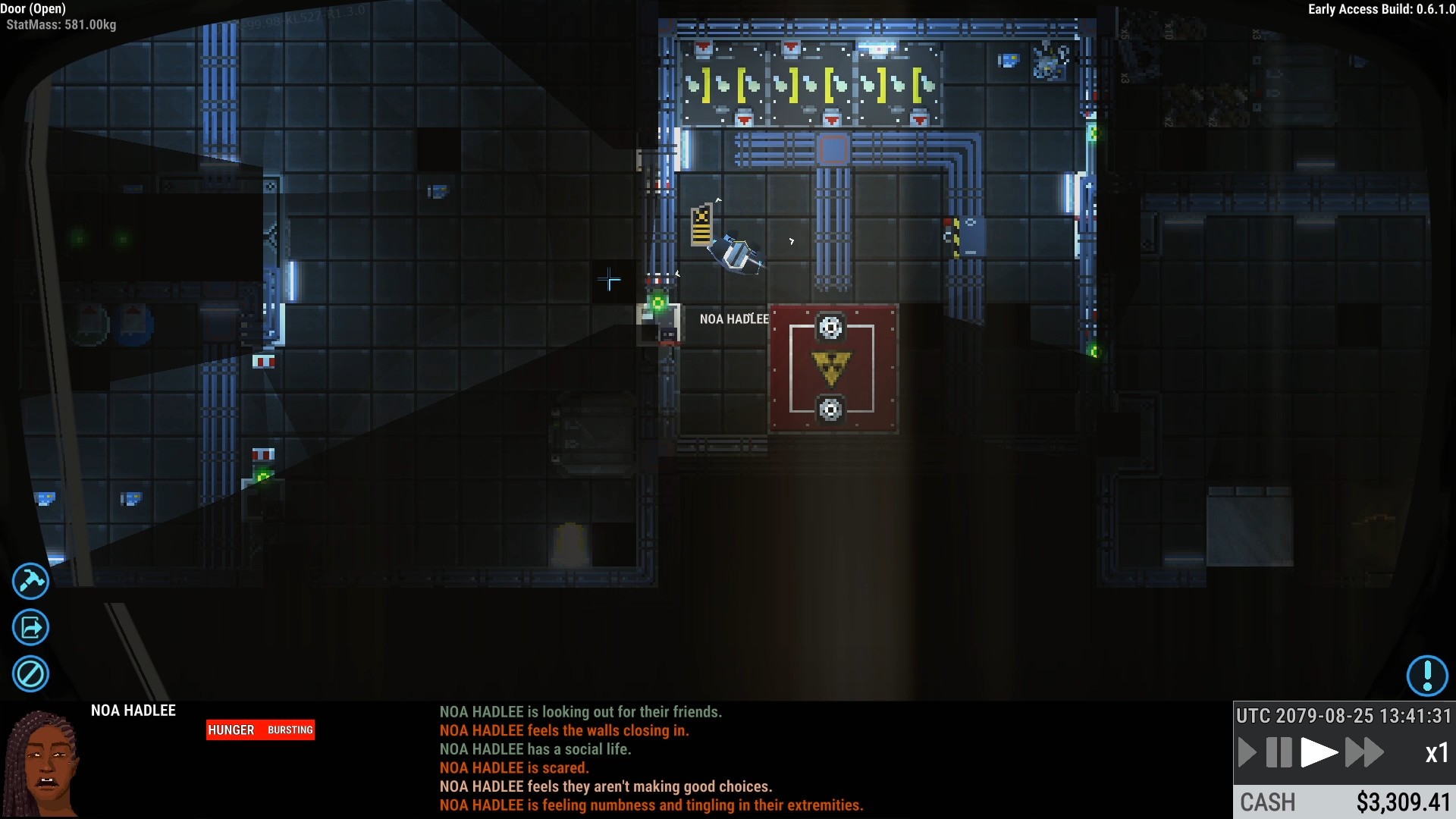 There’s actually a ship editor if you want to mess around with the building aspect and try to come up with different ship layouts and designs. You can actually completely customize the hull of your ship from the inside by picking up parts from derelicts and installing them on your ship, or repurposing a derelict ship into your own new ride by fixing whatever damage it might have suffered. There’s a lot of work to do, no matter what ship you’re flying, whether that be repairing loose hull patches or setting up the wiring in order to provide power to all ship systems. Unfortunately, besides fixing up your own derelict and get it up and running, there’s nothing much to do in the game at the moment.

However, there is actually a system in place for crew management and personal needs, where you can chit-chat and flirt with people aboard space stations, while also checking their traits to see if they’d be a worthy addition to your crew. In any case, when you start a new game, you actually get to create your own character, by customizing the way they look and defining your skills, traits and contacts through a quick choose-your-own-adventure game that serves to build up your resume and background. Still, you can also balance out all the different traits that are in the game, by picking up ones that you’d prefer having and renouncing the ones which you’re not fond of through a self-care station, thanks to a point system where in order to acquire a positive trait you also need to pick a negative one. It’s only after all this is done that you can do some quick shopping for starting supplies and launch your ship.

Despite the fact that Ostranauts mostly focuses on gameplay, there appears to be a decent amount of world building put into the game in an attempt to try to immerse you as much as possible. There aren’t really any meaningful dialogue moments, but when you’re playing the little choose-your-own-adventure mini game and creating your character you can kind of get a sense of the world you’ll be living in, and that’s all done in just a few short minutes. The radio chatter that you can hear in the background coming from all the different ships and space stations around you also adds a lot to the experience, even if isn’t really meaningful in terms of gameplay. Unfortunately, the game’s music seems to be hit or miss, as there are a lot of times where the game is dead silent and suddenly the music just kicks in out of nowhere. 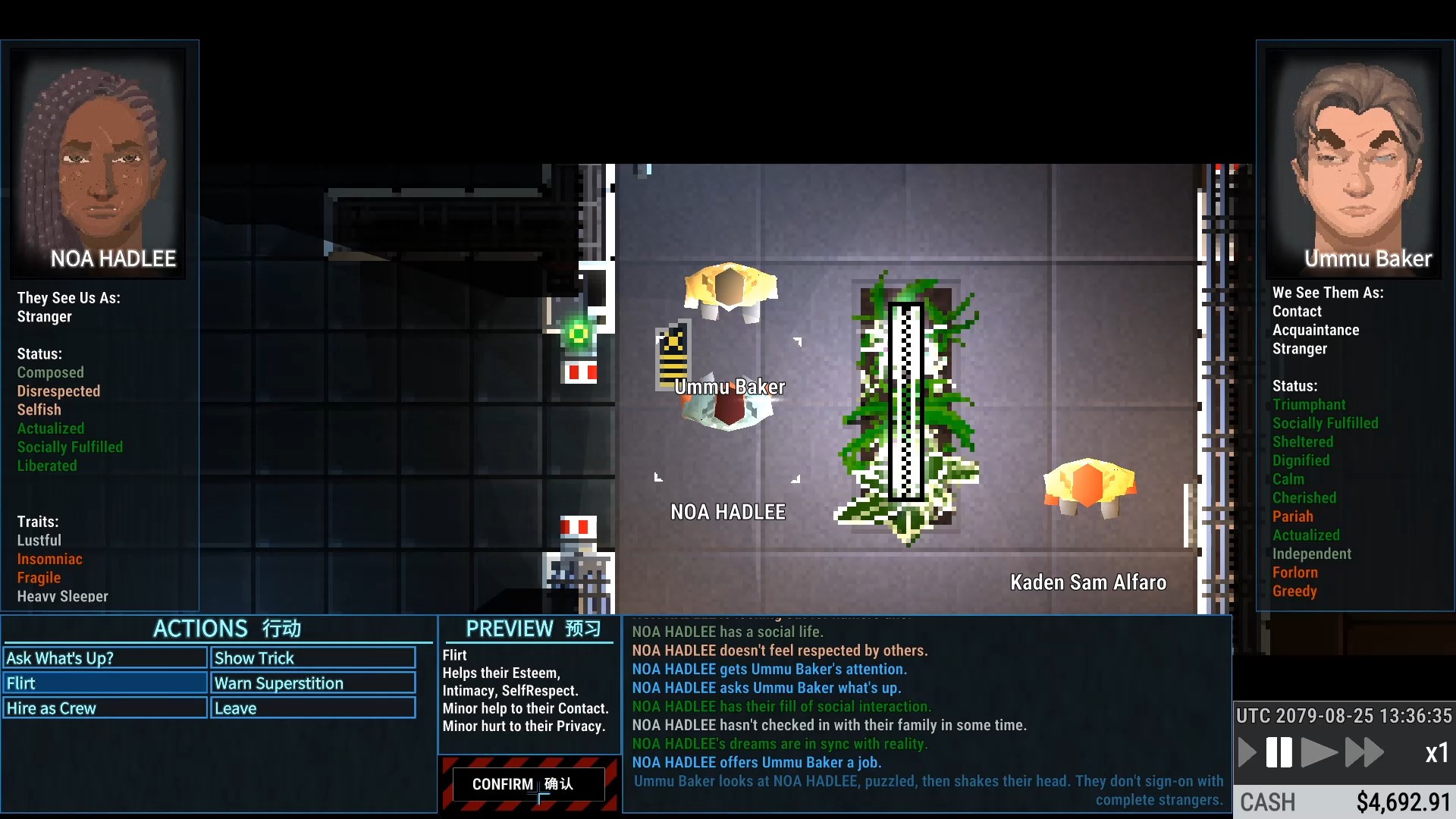 Despite everything, Ostranauts is currently an extremely buggy game. I’m not talking about mere glitches that can be annoying, I’m talking about game-breaking bugs that can make you lose your progress and these come in all shapes and forms. Things such as having the game just randomly crash, or certain UI elements just outright refusing to work and making you unable to do anything besides closing the game by force is really annoying. If the game doesn’t work properly, the lack of content is the least of your worries. When it works, the little amount of content that it has right now is great to play with, but for the most part, it’s still quite messy. The Steam page states that the game will be in Early Access for approximately 2 years, so that should be plenty of time to iron out the wrinkles.

At the moment, I can’t really recommend Ostranauts if you’re interested in playing it right now. However, if the concept of the game is something that you’re really into and you want to help with the development, provide feedback, make suggestions, sort out bugs and balance issues, then the asking price might be a small price to pay. As of right now, I’d say that by purchasing Ostranauts you’re mostly just making an investment, hoping that something great will come out of it 2 years or so down the line. Sure, there is a game here, but it’s still very early if you’re just planning on playing it for entertainment only. In the meantime, I’ll eagerly keep an eye out for any updates and see how the development process unfolds. For what it’s worth, the developer also took its time to get NEO Scavenger into the great state that it is today, so that gives me hope that, with time, Ostranauts will also become a great game.