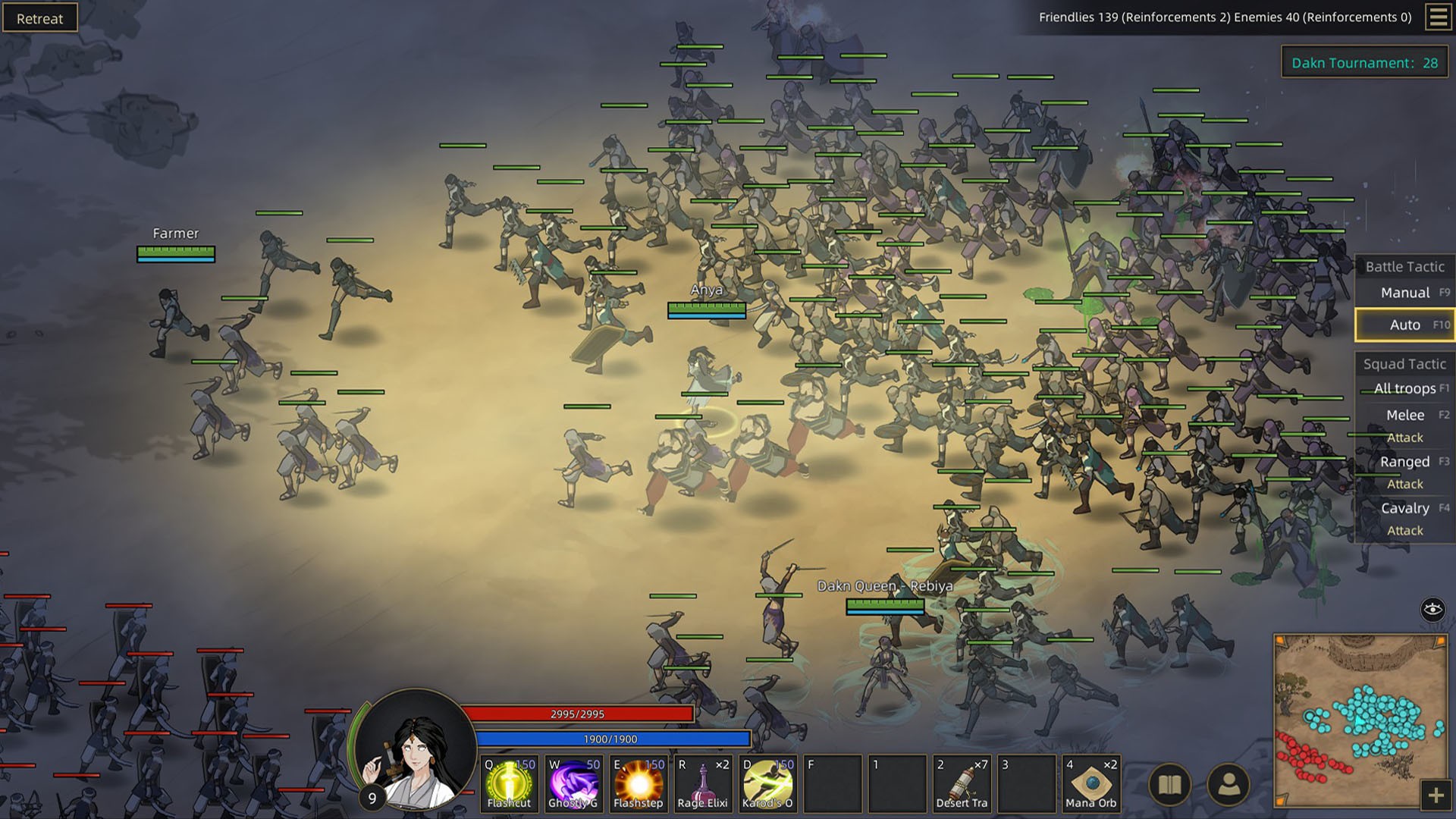 Despite Sands of Salzaar being available on Steam Early Access since January of this year, it was only recently that I found out about the game. This is simply due to the fact that the game was originally only available in Chinese, and it was just on September 22nd that the long-awaited English localization was released. With that said, I’m so glad that the developers made this game available to a wider audience, even though the English localization isn’t perfect, because just after a few hours I was already hooked on it.

Sands of Salzaar is one of those games where you can clearly see where it draws inspiration from, and although it borrows multiple elements from various genres, as a whole, Sands of Salzaar is greater than the sum of its parts. The game features an open and dynamic sandbox world that you can explore however you see fit, filled with tons of characters and many factions that constantly fight for control over many settlements spread throughout the vast world. Although there is a storyline that players can follow, you can just completely ignore that and set out to accomplish your own goals, whether that be creating your own faction and raising a mighty army to conquer the known world, or simply allying yourself with one of the major factions that suit you best.

While the entire game is played from an isometric view, the core gameplay of Sands of Salzaar is divided between the open world and combat. While travelling throughout the world, you’ll be managing and upgrading your army, taking on quests, collecting resources, exploring dungeons, slaying bandits and other armies, as well as conquering settlements for your own faction or to free them from the grip of their ruler. On the other hand, the combat of Sands of Salzaar plays very similarly to an ARPG, with you being able to move your hero around the battlefield with the mouse button and using various abilities with the designated hotkeys, except this part can feel a lot like you’re playing an actual Dynasty Warriors game, simply due to the sheer amount of units that can appear on the screen. 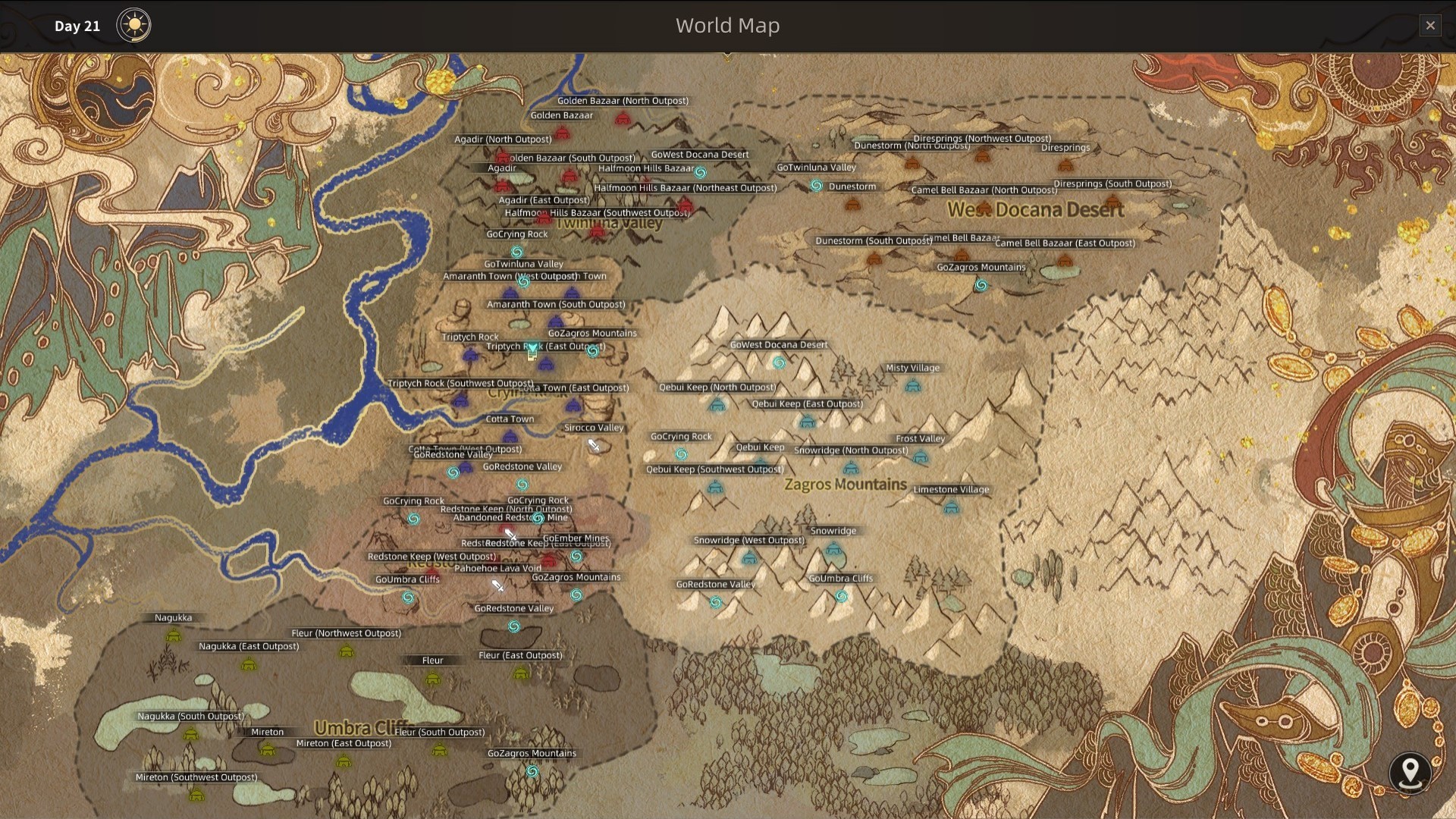 There’s plenty to do in Sands of Salzaar, and this is one of those games that was designed to be played through multiple times, in part due to already having 12 different starting characters, but also due to its legacy points system, where you’re rewarded with these points depending on how well you do in each playthrough. Then, these points can be used to unlock new characters and things on future runs. It’s not that big of a meta-progression system as the one in games such as Rogue Legacy or Immortal Redneck, but it adds some spice to it, as players end up getting access to new content the more they play. Still, the core gameplay experience is always the same, it never changes, only if you decide to set some arbitrary goal and pursue it. You can always decide to ally or romance with different characters and factions every time you start a new playthrough.

There’s a great deal of worldbuilding and a lot of thought was clearly put into making the world of Sands of Salzaar a believable and engrossing place to be in, and while this world can be daunting at first, you’ll slowly start to familiarize yourself with all the different characters and factions. With that said, while some side quests are entertaining and the main story is captivating, the writing isn’t really the star of the show, but that might also be due to the fact that the game was not originally made in English. Despite being an RPG with tons of quests, Sands of Salzaar is unquestionably a game that’s all about the gameplay. 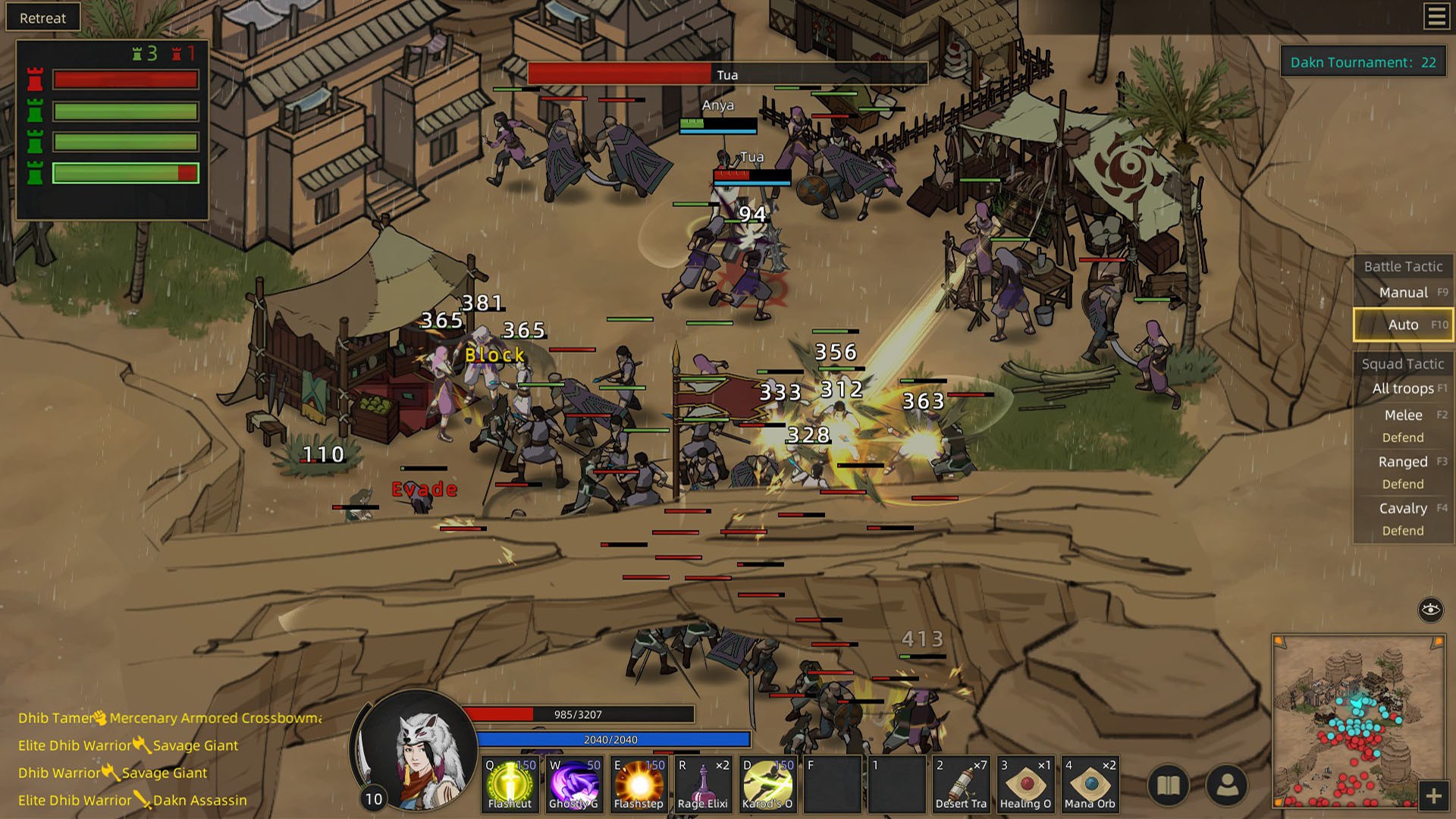 With that said, while for the most part combat is pretty satisfying and there’s nothing better than watching as two massive armies collide in battle, due to the way that units move, combat can feel finicky and clumsy. Unfortunately, the AI seems to be one of the weakest points of the game and could definitely use some work, as a lot of times enemies can get stuck in terrain and they’ll often just keep running against the limits of battle arenas. On occasion, enemies can also get behind the hotkey bar at the bottom of the screen which makes them hard to target. Besides that, the inventory system could really use some filters to make everything more manageable, as there are plenty of different items that you can carry with you, ranging from food, potions, goods, weapons, armour and trinkets. It’s not like Sands of Salzaar has any major game-breaking problems that would frustrate players, but it certainly has a few issues that need to be ironed out to make the game more enjoyable.

Sands of Salzaar is a game where I can see myself sinking hundreds of hours. Whenever I’m playing it, I barely notice the time pass by. As the whole gameplay loop of slowly increasing your army, invading territories and pursuing quests is so addicting. Although Sands of Salzaar is still in Early Access and could use a few improvements here and there, it’s already an extremely compelling game thanks to its sound foundation, something which is quite rare with Early Access games nowadays. What’s even more exciting is the fact that now that the game is available to a wider audience, the Steam Workshop support will certainly start to bear fruit. So, if the idea of a game that mixes the strategy elements from Mount & Blade with the combat of an ARPG sounds enticing. Then I’m sure you’ll enjoy Sands of Salzaar, even in its current incomplete state.