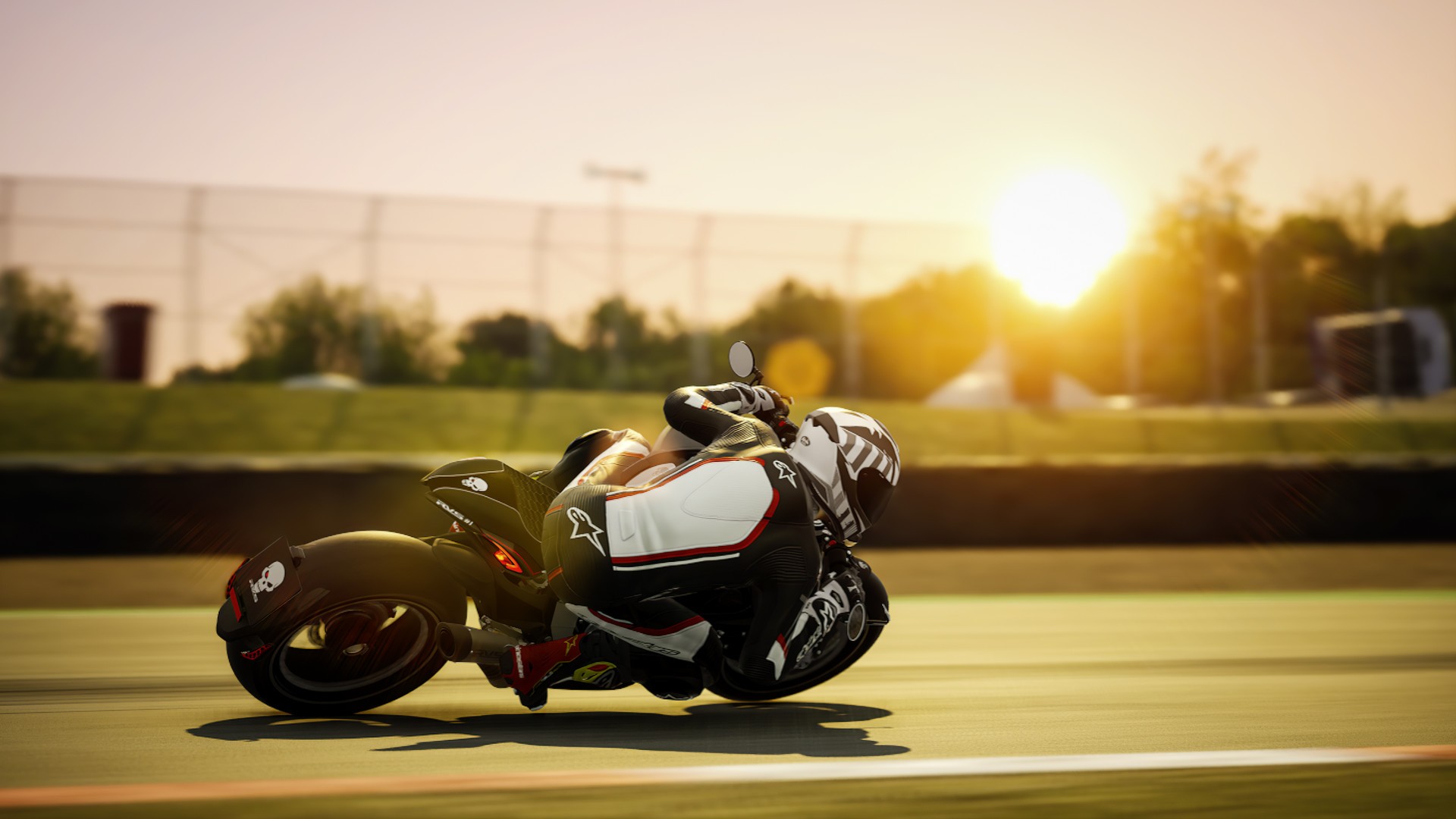 If you’ve played any two-wheeled racing game in the last decade or so, chances are, it was made by the Milanese developer, Milestone. Usually known for their often brilliant, but always brutally unforgiving sim-based takes on the licensed worlds of MotoGP, MXGP and Supercross, their own RIDE series is, well, an often brilliant, but always brutally unforgiving sim-based racer. The difference here is that, unlike its fully licensed counterparts, RIDE is Milestone’s own brand, and very much its attempt to deliver an all-encompassing Gran Turismo-like for fans of motorcycle racing.

While their previous attempts have all been successful to one extent or another, it has always been hard to shift the feeling that you were playing a comparatively budget racer. That is of course incredibly harsh when referring to a series that has always been highly polished and imbued with an all but obsessive level of detail, but when you make a racer that asks to be compared to the likes of Gran Turismo and Forza Motorsport, you are asking for it to be compared to two of the most polished gaming series of all time, and games that, thanks to the support of Sony and Microsoft, are backed by the kind of mega-budgets that most developers could only dream of.

Milestone clearly don’t have that kind of budget, and it has often shown in the past (usually in the form of comparatively low-res track details), but here, while still not quite in the same league as its mega-budgeted brethren, RIDE 4 does not feel in any way out of place in such illustrious company.

This is still RIDE as you remember it of course, but this is without question the most refined, detailed and feature-filled entry in the series to date. From the impressively upgraded engine that delivers far superior visuals (and one that inches the series towards the next-generation before it has even arrived), to the much improved career mode and its successfully implemented new additions (chief amongst them, the incredibly unforgiving but hugely rewarding endurance races), RIDE 4 might be more evolution than revolution, but it’s still represents a major move in the right direction for the series, and proof that Milestone are here to compete with the industry’s biggest hitters.

Be warned though, as good as RIDE 4 might be (and it really is very good), it’s a game that has absolutely no qualms about kicking your ass. Right from the opening license test, RIDE 4 makes it abundantly clear that it’s not here to mess around. This is about as unforgiving as racing games get (outside of the ultra-hardcore likes of Assetto Corsa Competitizione perhaps), and it’s clear from the off that, if you’re not accustomed to two-wheel sim-based racing, you’re likely to have a hard time of things. 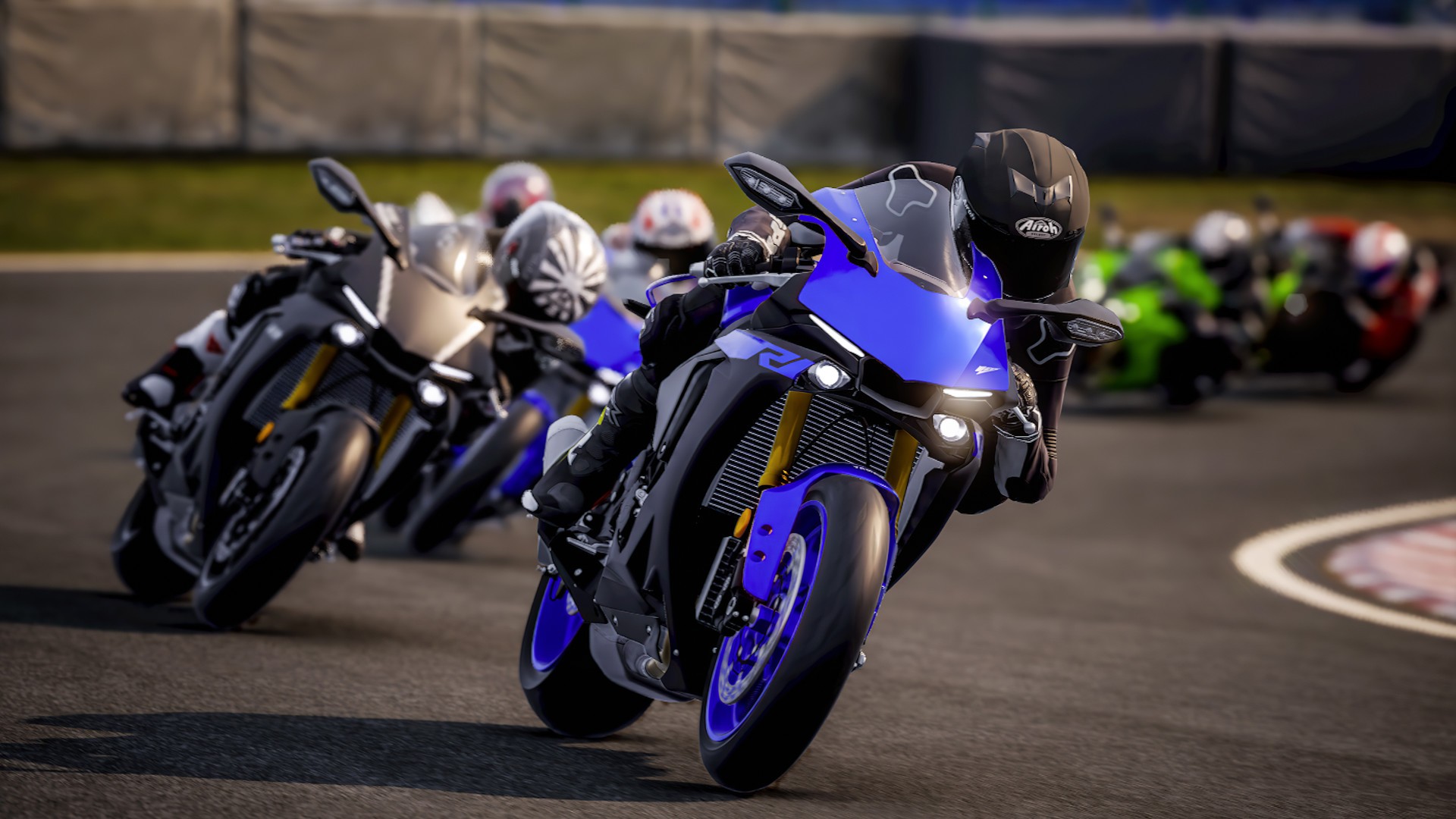 The first thing you should do, beyond switching on the majority of riding assists of course, is to turn the difficulty right down to ‘very easy’. I know that won’t be easy for some – my sense of gaming pride certainly wasn’t a fan – but until you get accustomed to the realistic handling and get to grips with the nuances of its tracks, ‘very easy’ really is a must. Honestly, don’t feel bad as, man, RIDE 4’s ‘very easy’ mode really isn’t very easy at all. While it gave me quite a few victories and allowed me to get some funds under my belt in career mode, wins were still far from guaranteed, and if nothing else, it allows you to get a feel for the game without getting relentlessly owned by the usually brilliant, but always tough as nails AI.

Milestone’s, A.N.N.A. AI system (Artificial Neural Network Agent), introduced in this year’s brilliant MotoGP 20, makes a return here, and while still home to the occasional moment of madness, continues to deliver very human and, while still undoubtedly unforgiving, pleasingly fallible competitors. The first corner of any race can still feel like utter carnage (thank god for the games’ rewind function), but once you’re up and running (so to speak), encounters with the games’ AI racers feel natural, competitive and rewardingly nuanced. Again, the system still has its issues – something that will hopefully be ironed out as the AI takes in more and more racing data – but even as it stands, the A.N.N.A. system still feels like a cut above the vast majority of AI found in other racers.

Of course, there are plenty of opportunities to test your skills against real-world players via the games’ impressively if somewhat stale online offerings, but please note, RIDE’s online community is largely hardcore and competing online can be a pretty depressing experience for the uninitiated. Saying that, like the rest of the game, practice really makes perfect here, and the sense of personal progression really is palpable throughout – never more so than when taking the game online. I got absolutely murdered at first, and while I’m still far from becoming a winning racer, simply getting myself to a competitive level felt genuinely rewarding.

That is true of the entire game though. Beyond the very brave move to take off some of the game’s handling assists, simply nudging the difficulty up feels like a major commitment with the already steep learning curve increasing exponentially as you move up towards the pro level difficulty settings. In a lesser game, that steep learning curve would invariably put off all but the most committed, but given the quality of the game and the amazing sense of achievement that comes with any kind of success, this is a game that can be genuinely recommended for any racing fan looking for a real challenge.

While the inclusion of endurance races and the new requirements that come with it (tyre management and pit stops, etc.) feel like a major change for the series, the biggest improvements are felt via the games’ increasingly brilliant career mode. Like many games of this ilk, it can still feel a tad sterile at times, but with an impressive collection of eclectic tracks, a huge number of gorgeously detailed real-world bikes (170+), and a surprisingly varied selection of challenges, RIDE’s career mode finally matches the quality of it’s on track racing. 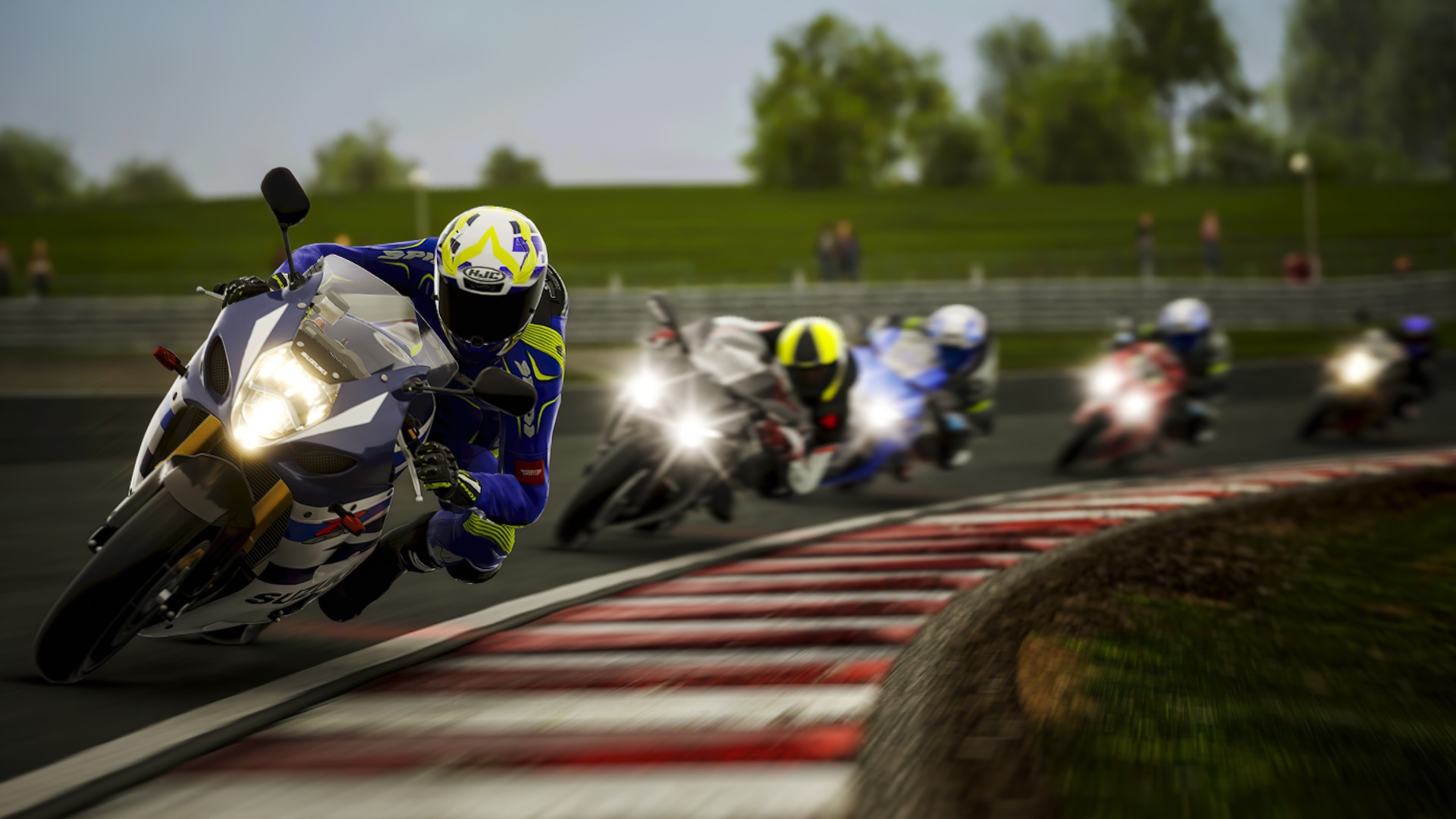 Beyond the usual collection of bike liveries that you can both create and download, RIDE 4 also includes the ability to really customize your racer this time around with the same options now afforded to both your racing gear and helmet. That won’t be a massive deal to everyone, of course, but for long running fans of the series, it’s another box successfully ticked as the series inches towards triple-A quality.

What is a massive deal though is the games’ visual overhaul and its fantastic new weather system. Whether it be standing water on the track, the dynamic weather cycle changing race requirements on the fly or the simple fact that every element of the game now looks better than ever, the new visuals are both aesthetically pleasing and mechanically effective. You’ll invariably notice it more during endurance races, but starting a race with the sun high in the sky, only to finish at night with rain lashing down on the track really adds a sense of challenge while also making you feel like you’ve been through a genuine experience. Maintaining your attention and consistency to the levels required is hard enough for a standard race, but for an endurance race with changing conditions? Yikes, now that is a challenge.

As good as previous games in the series have been, that aforementioned comparison to the likes of Gran Turismo and Forza never did it any favours, but this year, with the upgraded visuals and the new 3D laser scanning for all of its bikes, RIDE 4 really holds its own from a purely visual and technical perspective. Clearly upgraded with the next-gen in mind, sometimes RIDE 4 already looks like a generational upgrade over its predecessors – it really is that impressive. The bikes look better than ever, the lighting is hugely improved, and the tracks finally match the quality of the bikes and their riders. The crashes are still a bit hit-and-miss, and occasionally home to some rather wonky physics, but that is a minor blemish on an otherwise exemplary package.

The niche nature of the sport and the games’ brutally unforgiving difficulty ensure that RIDE 4 won’t be for everyone, but fans of the series will likely be pleased with the new additions – I have no doubt that endurance races will prove especially popular amongst the hardcore. The overhauled career mode, and the hugely improved visuals certainly make this a notable step-up from its predecessor, and while newcomers will invariably find the early goings tough, those looking to test their skills will likely be won over by the games’ challenging but exemplary handling model and its fantastic sense of reward and progression. It might sound like hyperbole, but RIDE 4 really is the finest two-wheeled racer ever created, and one that can finally compete on the same level as its most illustrious four-wheeled counterparts.

It might sound like hyperbole, but RIDE 4 really is the finest two-wheeled racer ever created, and one that can finally compete on the same level as its most illustrious four-wheeled counterparts.