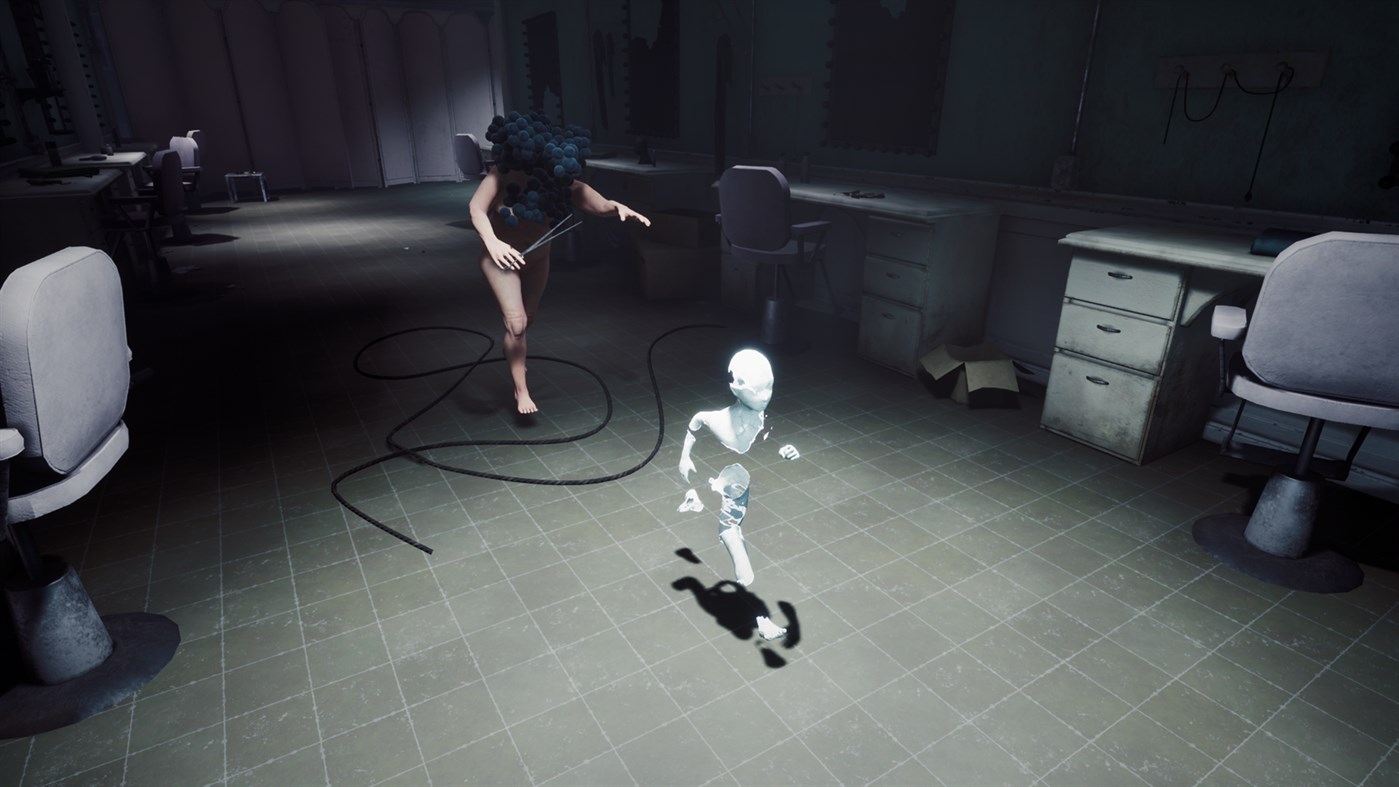 Dreams and nightmares have long been a mystery to mankind. One person may have vivid visions that stick with them forever, while others will sleep peacefully, waking without recollection of what messages their subconscious was trying to tell them. Whenever the media try to portray dreamlike imagery, it always comes across as surreal, and occasionally absurd. It’s hard to pinpoint exactly what these visions mean to people, so you are always going to be hard pushed to please everyone. When a new game comes to market, which attempts to create a story all about the dream world, and more importantly the dark side of a child’s subconscious, it peaks my interest. The joys of using childhood nightmares as your concept is how big and unrealistic you can go. As an adult you’ll be able to use reasoning to understand the world around you, it’s not such a scary place. A child will see a shadow in the corner of a room, hear the house settling, or the wind against the window, and fear and their imagination sets in. So with this in mind, let’s settle down to explore PLAYMIND’s latest adventure The Inner Friend.

The Inner Friend is a third person adventure game that has you controlling an asexual mannequin-esque figure. Your character has a vivid white glow, and a broken structure. The game and each level start in the child’s bedroom. The still shot shows the human in varying different poses, each looking forlorn and lost. As you wander around the room you will note that there are a number of missing items. These form the basis of the collectables found throughout. Failure to find any or all of them has no impact on completion, and in fact adds nothing to the storyline. Each stage begins with you falling, you are trying to head towards any of the beacons of light. You soon note throughout your time in this surreal landscape that the game is littered with metaphors and hidden messages. For me, the falling represented the lack of control that you have over your dreams, and the piercing light showed an awakening to the imagery in your head.

The game is broken down into 9 levels, each has its own look, and different goals. During one stage you may be required to solve problems which will help to find the exit to wake up. In another you will find that you are chased by a black shadowy figure whose aim is to drag you back into a repeat cycle of this recurring nightmare. For me the piece de resistance was the “Old Woman”. Now you may be thinking, how is an old woman the best part? Dan, you need to seek help after playing this game! Help is something I may indeed need to look for, as the “Old Woman” level truly freaked me out. Being chased around what felt like an endless hair salon, desperately trying to smash mirrors to evade a bubble faced loon, whose only goal is to attack you with her scissors, truly was the stuff of nightmares. I audibly squealed when I was first caught by her, and felt extremely uneasy playing the whole stage. At this point I knew I was playing something truly special. PLAYMIND has managed to tap into that childhood fear, no matter how sure and confident you are as an adult, the underlying makeup of DNA will always bring those emotions to the forefront. Once I had completed my task I admit I needed to walk away from my console for 5 minutes, I needed time to rationalise what had just happened. These psychological shocks and scares are what makes The Inner Friend great, when a game makes you feel uneasy, but compels you to keep playing, then you know you are onto a winner. 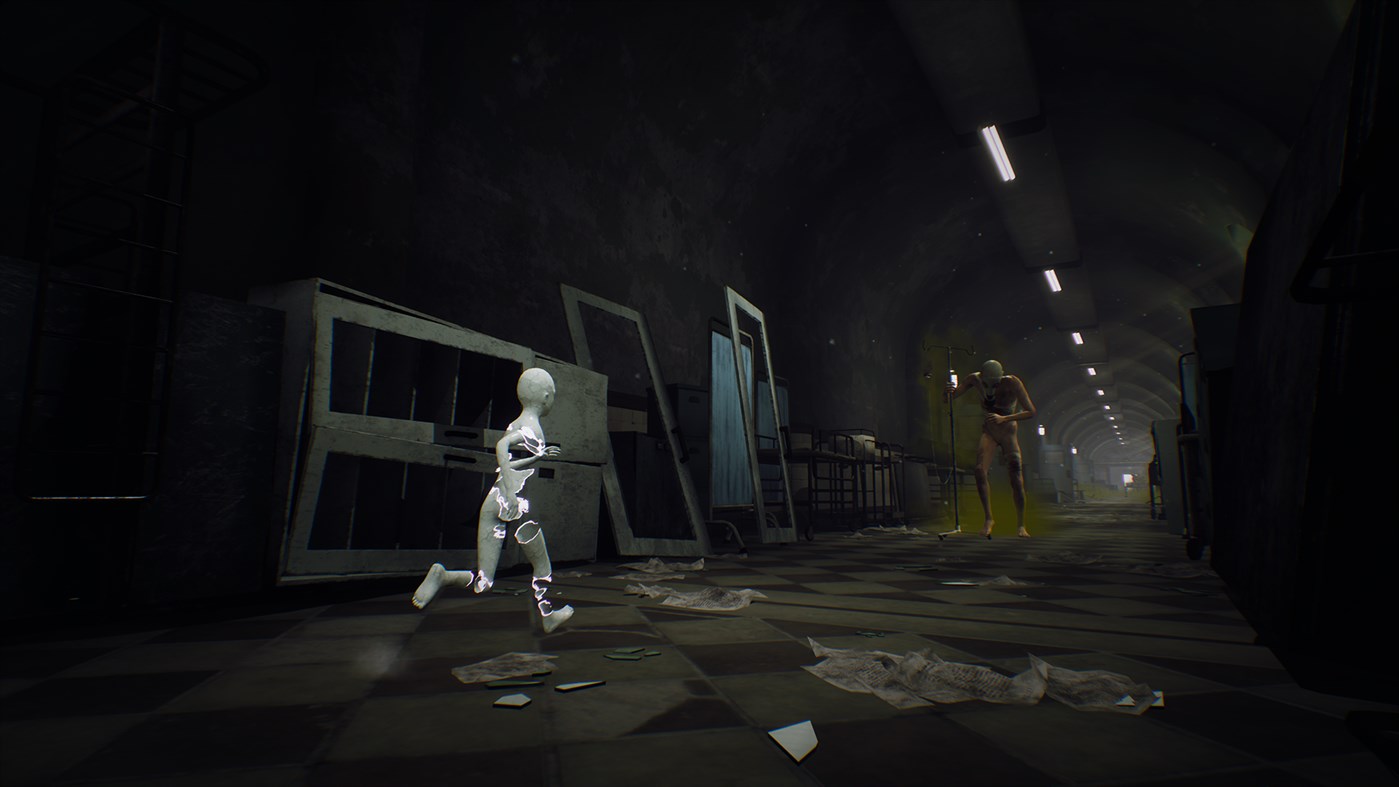 You are joined throughout the game by something which can only be referred to as “the shadow”, this translucent white being is almost identical to yourself, except smaller. This represents the fear and uncertainty of the nightmare state. You are tasked with helping it move through the world, pushing down ramps to complete its path. In order to help it finish its goal, you will be required to hold hands, this mechanic could sometimes fail, for some unknown reason the bond would break and you’d see your new friend left behind. As “the shadow” disappears into the darkness you are able to pinpoint its location by calling for it using the RT button, this allows you to see a white orb which shows you the direction to travel. This was a nice touch as very little guidance is given otherwise, and this helps you to keep on track. Each stage is relatively short, especially if you forget about the additional collectables and focus your energy on just completing the task at hand. There aren’t any end bosses to speak of, just a number of horrendous images that guard puzzles, and block paths to your awakening.

Indie game’s presentation of their ideas is just getting better and better, The Inner Friend certainly sits at the higher end of the graphics department. The environment which has been created, is both beautiful and scary, the playing space feels expansive, but in reality is confined and restricted. Certain levels shift and move as you explore, and this is all shown seamlessly. The character models are blank, emotionless figures that work with the theme perfectly. The demonic imagery of the nightmarish creatures evokes fear and concern in equal measures. The wide ranging use of colours allows for both a daunting and dreamlike state. If someone said to me, please describe what you think a nightmare looks like, I’d be very happy to show them this title, and be content that this best represents the idealism.

If the thought of visualising a dreamlike state is hard to comprehend, then imagine the difficulty of attaching sound to it. PLAYMIND for me has represented this element extremely well. An electronic soundtrack plays across all stages, it’s constant presence and tempo keep you in a heightened state of agitation. When you blend this with the uncomfortable sounds of children screaming, and the jarring noise of the nightmare monsters, then you have a perfect recipe for a horrific audio. The noise of your character’s heart beating when fear sets in combines perfectly with your own emotion, I felt in sync with the action, and I was totally absorbed in the world around me. 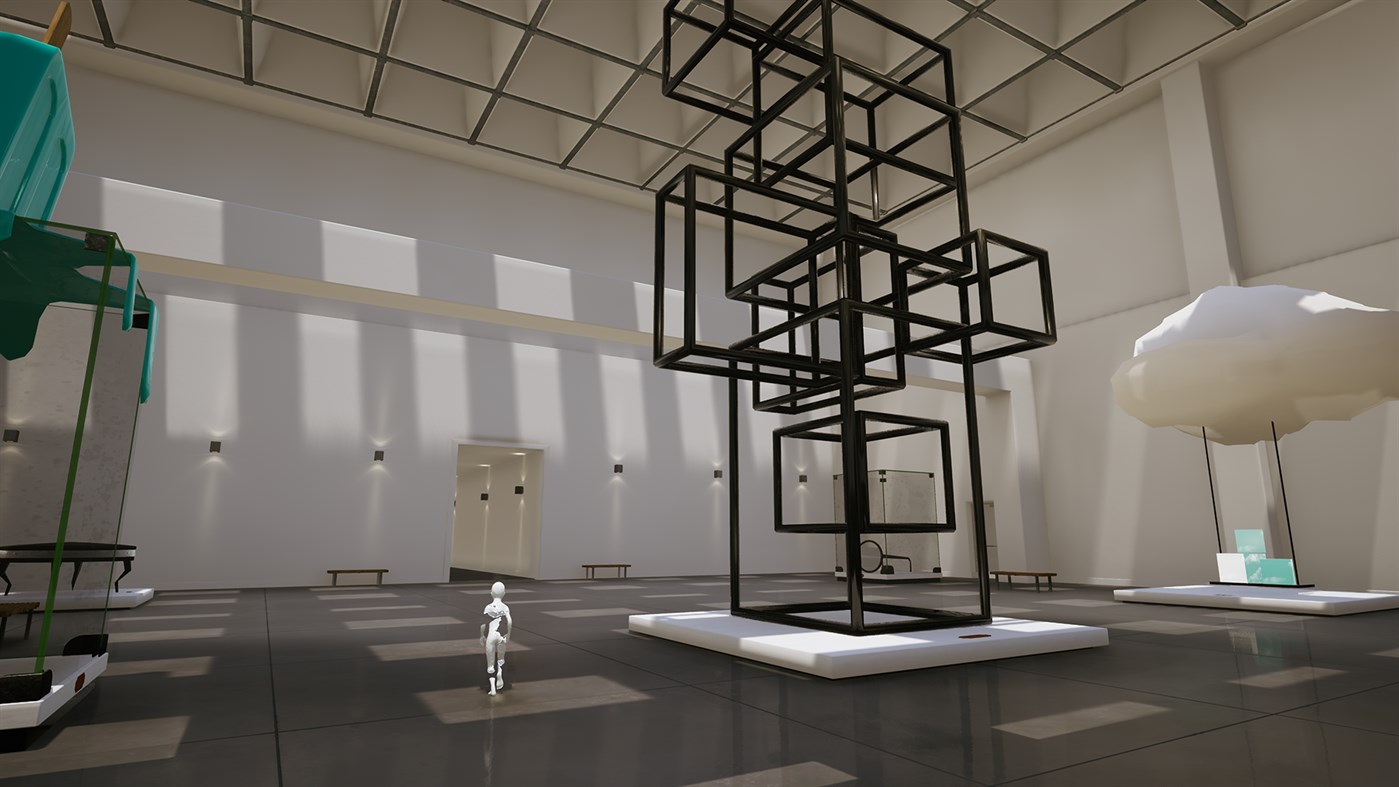 The control system, both made me feel connected to the game, and disjointed from it. With a simple approach of pretty much all the action being completed using just the left analogue stick, the A button, and RT, it really was difficult to go wrong. The vibration setting was delivered brilliantly, each time the heartbeat sounded, the controller would vibrate. This synchronicity kept you absorbed in the action, both sound and controls working in perfect harmony. As you fled for your life from the chasing “Old Woman”, or the “Shadowy Beast” the feeling of panic was unreal, you could see the end goal in sight, but you also heard and felt the monster getting closer, and closer. At times it was almost too much to take, there was a sense of relief when you eventually escaped your impending doom. My issue was how your character moved, it would never just spin on the spot, every time you turned it would have to take a step. This was particularly frustrating when taking part in certain puzzles. Minor movements were required to complete a set path, and nearly every time I would clip the wrong tile, ensuring I was forced to restart the test, only to face the same issue again. It’s a minor gripe, but in a title that was otherwise extremely absorbing, this ruined that feeling for me.

In a world that has limited puzzles, and a small number of short levels, could I see myself returning to want to play again? I genuinely think I can. With nearly 30 collectable items to find across the stages, and the ability to select my favourite levels once I had finished playing, there is plenty to do to try and complete this title. Obtaining that 100% status isn’t entirely challenging, a few of the achievements do require some forward planning, but ultimately in a game that takes around an hour to two to complete, it’s not going to be a time sink to get this one done. The range of difficulty within the puzzles is also limited, the hardest one for me was to correctly move objects to block deadly lasers. Even this one didn’t take too much contemplating, and the most amateur of puzzle fans should be able to finish them with little issue. I believe that if the challenges were any harder, it would run the risk of pulling you out of the moment. This would have ruined a big part of what makes this title so enthralling.

Creating a game around hypothetical dreamlike worlds is always going to be a risk. People will always relate to the topic, and will have strong opinions either way. For me the developers have done a fantastic job of representing both the theme, and the genre. With absorbing audio, a beautiful world to look at, and monsters that will genuinely increase the risk that you will have nightmares, PLAYMIND has created the perfect storm. Would I recommend this, absolutely! This one is a hidden gem, I think anyone who experiences this title will be compelled to talk to other gamers about it, and insist that they try it for themselves. Ensure you are in a safe place when you start this one up, because the fear will be real once you come face to face with the reality of your nightmares.

A short, but enthralling trip that shows you that nightmares really are something to fear. Can you control your emotions and overcome the monsters in your dreams?