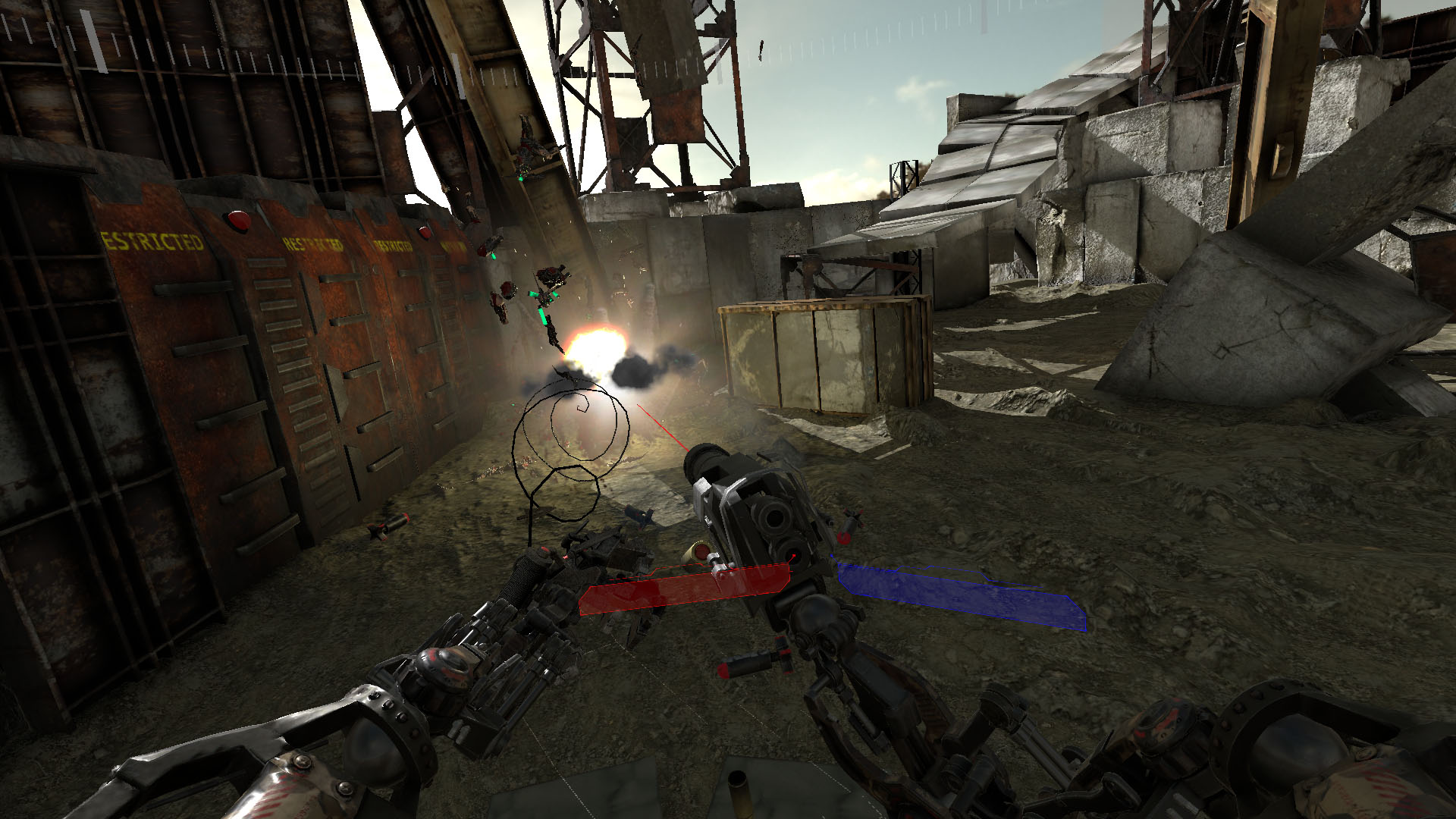 ArmZ VR is an Early Access first-person shooter in which you operate in a large battle mech. Defend the city and whatever is left at all costs by blasting away the creatures that lurk within the depths of the post-apocalyptic hell. Will you be able to make a stand and fight off the evil once and for all? This title was released on March 28th, 2019 and received mixed response from the community in which the negative aspect of the game is that it feels like a repetitive wave shooter. The positive side is that it got praise for having satisfying combat. Developed and published by Televisor, who has also made the indie title Hipster Attack.

Just like in my other reviews for games in virtual reality, I will bring up the possible hazards and I will do my very best to warn you. While wearing your VR headset, make sure that you are having enough space in your room as well as environmental awareness. In most games in VR, you will move your arms around quite a bit and that might lead to an injury or destruction of your own property, so be careful! The worst-case scenario would be you, dear readers, getting injured so please stay safe for your own sake. Now with that out of the way, let us dig into this review! 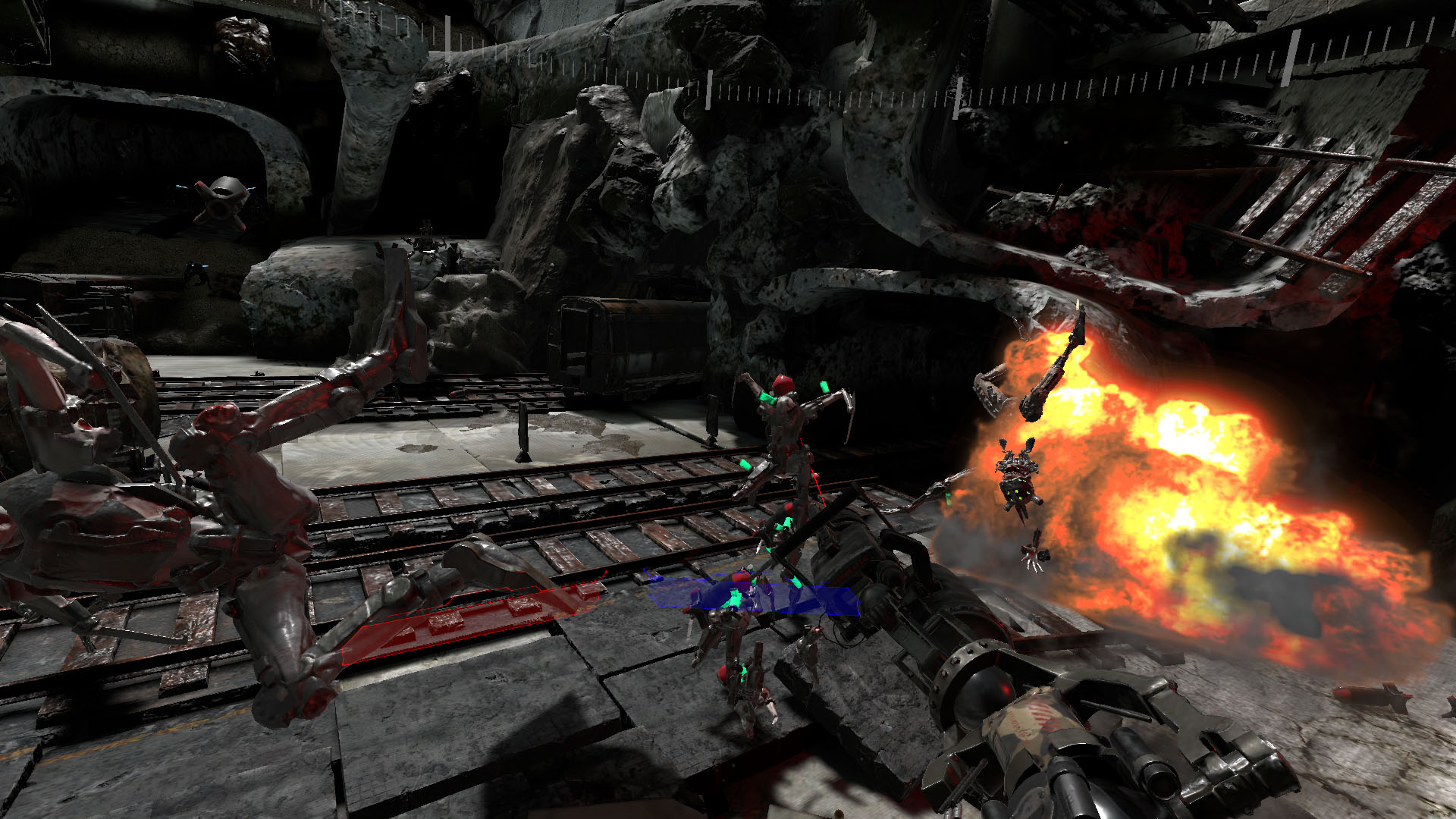 The main menu is pretty straight forward! You start off in the cockpit of your mech as well as having the main options to select from. It’s pretty much what you would expect from a main menu! There is a prompt for “Play”, “Settings” and also one for quitting the game. One of the first things you will do is telling the game whether you are a left or right-handed person. I really think that this certain option is brilliant since the developers actually have put in thought towards the comfort of the player.

Before we jump into the action, make sure that you create a new save file as well as selecting your weapons of choice for your left and right arm! You can select from a “Pistol”, “Minigun”, “Grenade Launcher” or a “Harpoon Hand” and I gotta say that all of them are really fun to use in their own little way. But personally, I like to slap the creatures away with my gigantic mech arms, and that is just hilarious! 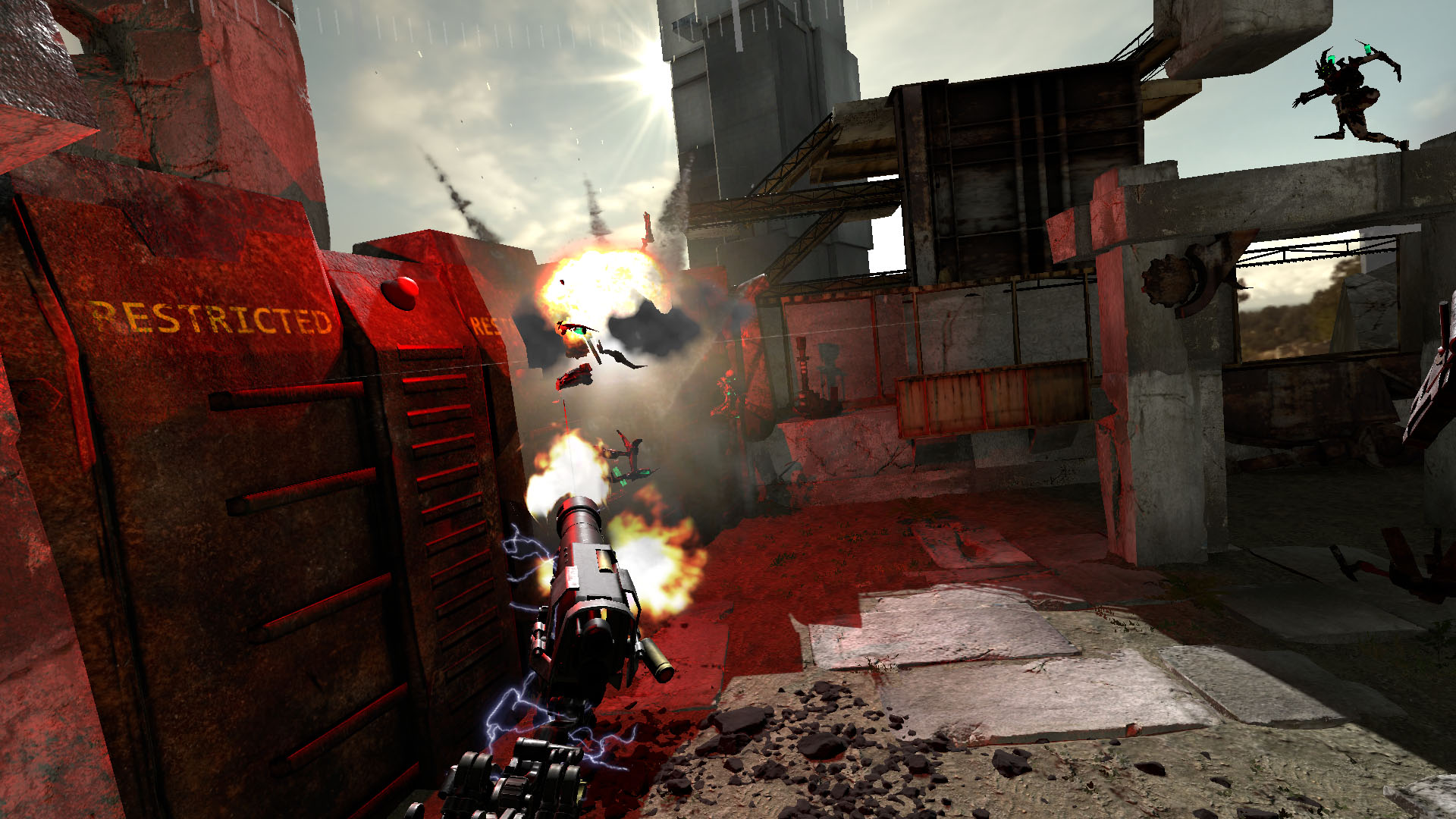 In each stage, there will be a set of challenges for you to complete and it just feels like they’re being added just for the sake of it. I don’t really see the player being rewarded in any way by completing the challenges, which is a shame considering it could be some missed replay value. When you fire your weapons, it is also important to put in mind that reloading them can take quite some time! That, combined with being new to the game and getting used to aiming, might be difficult for some. But it doesn’t change the fact that the gunplay feels punchy and satisfying, nonetheless. Make sure to pay attention to your health bar as well as to the health of the gate! Both of them will be displayed at the bottom when looking down!

Due to the game taking place in a post-apocalyptic world, you can expect the stage to have a darker colour scheme which sets the tone pretty nicely. The fact that there isn’t any soundtrack in the background makes it a lot more empty somehow. It is probably the fact that you can only hear the sound of your guns firing! With that being said, I really don’t think that there is anything more to mention about this indie title. Let us wrap it up, shall we?

At the end of the day, the majority of the content in this VR title can be experienced to be quite repetitive. Even though there barely is anything that bothers me, it still doesn’t feel rewarding to play. I would only recommend picking this one up if it is on sale or if you are really bored.

In the end, I truly expected more from ArmZ VR! Judging by the trailer and screenshots, it looked amazing. I was instead met with a really repetitive horde survival game.