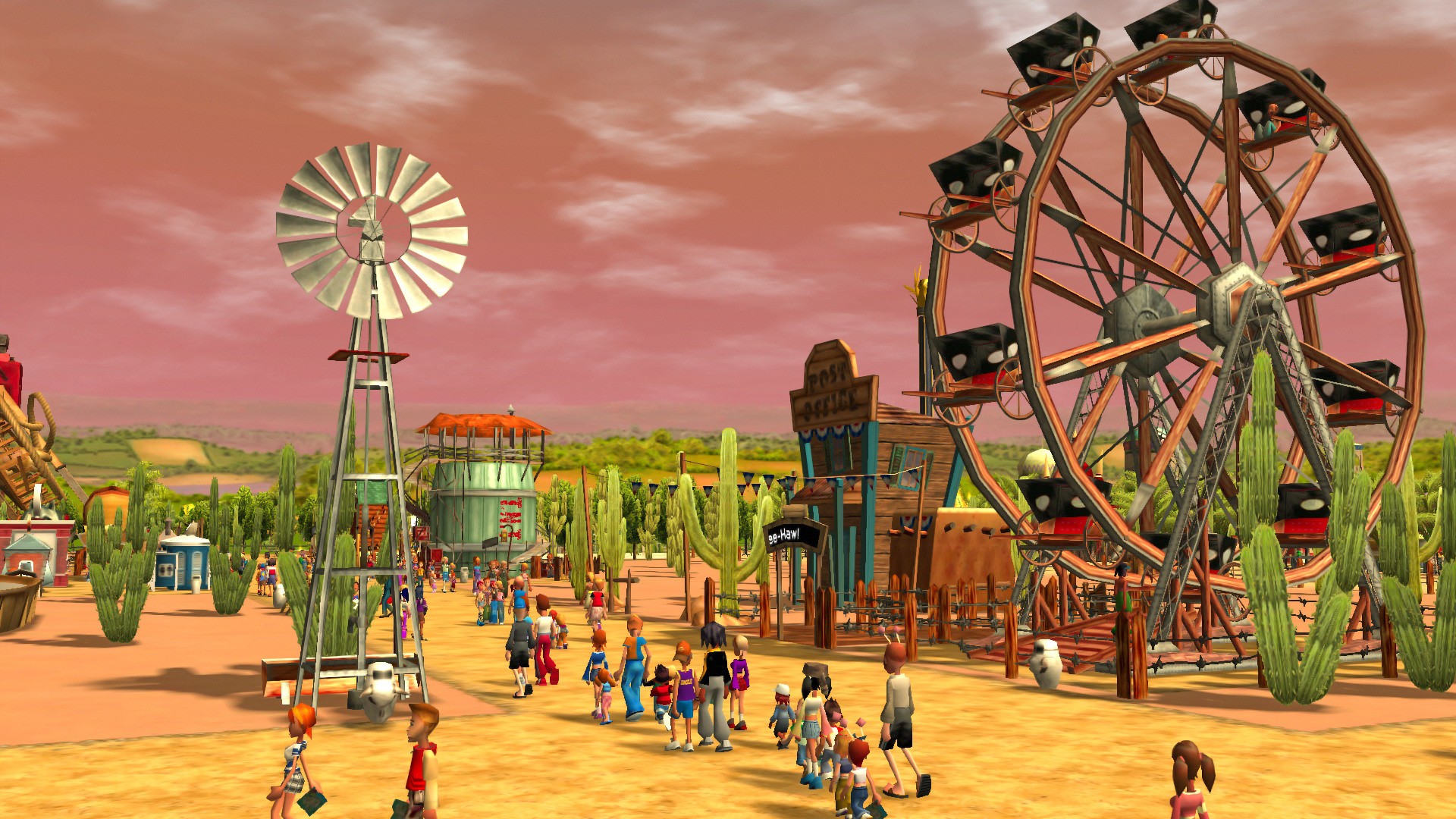 Rollercoaster Tycoon 3 Complete Edition is now back and stronger than ever in this remastered approach of the game! Released all the way back on October 24th, 2004 in North America and released in Europe on November 5th, 2004. During the later years, numerous add-ons have been added to the game such as having more water or wildlife themed parks.  The RollerCoaster Tycoon franchise has been loved by many throughout the years and has been the go-to when it came to tycoon games! I can see the appeal of this classic and being able to play it again in a higher resolution and with improved graphics really is the icing on the cake! Perhaps you are looking for a tycoon game right now? Well, I would love to recommend this one and here is why!

As soon as you enter the game, you will be met with four different modes to choose from! One of the modes you can choose from, being the tutorial! In the tutorial you will face the lesson scenarios which will teach you about the things and mechanics you will encounter in the main game scenarios. Playing the Career will allow you to experience the main game in which you will be completing different scenarios as earlier mentioned. You will also be able to see which scenarios you have completed along with the difficulties you have completed them in. You can also see your completion rate as well as loading a current scenario or just create a new one! 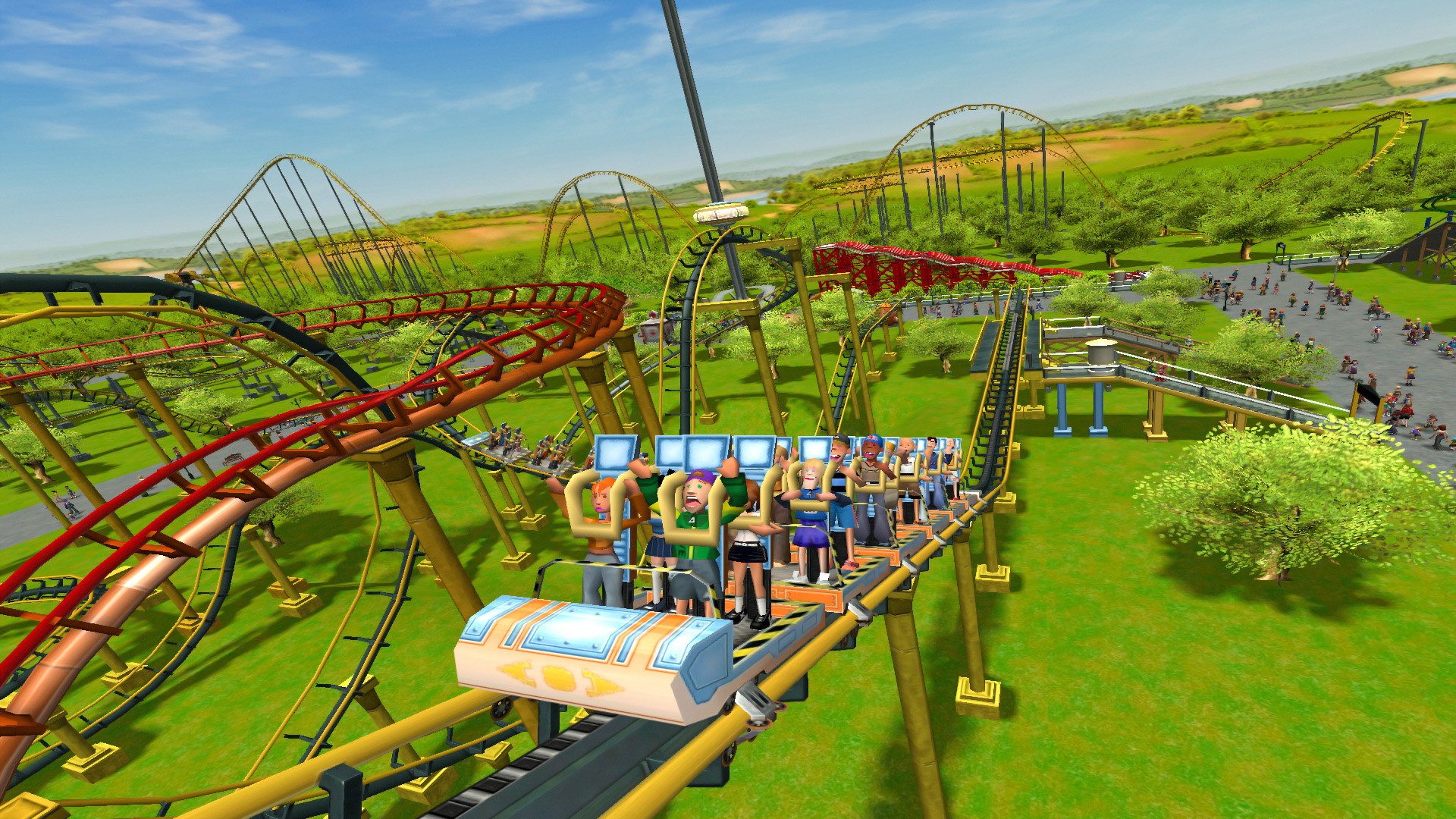 Personally, my favourite mode is the Sandbox game mode! In the Sandbox game mode you are pretty much free from any restrictions such as time and money. You will also be able to load or start a new Sandbox save if you don’t have one already! So, why not take a chance and make the theme park of your dreams? Put in mind that there are no limits to your imagination! Or if you really want to test your park management skills, then why not try out some custom scenarios made by other players in the community and see if you can beat them!

Okay, let us focus on the actual game! As earlier mentioned, in the career mode, you will be put in charge of managing your park. You will be pretty much responsible for everything that is going on in the park such as layout and what rides should be available there. Don’t forget that you will also have to maintain the park and entertain your visitors with things such as food & drinks along with insanely fun games for them to enjoy! Meanwhile the career mode will instead be focusing on three objectives which are set and those must be met in order to win the scenario. You will also have to select from the difficulty settings, which are, “Apprentice”, “Entrepreneur” and “Tycoon”! Each of the settings really gives you a nice look at how the experience can look like when playing on a certain difficulty. I personally enjoy playing on “Entrepreneur” mainly because of the balance between the laid back playstyle as well as still having to focus on certain challenges and the tasks at hand. 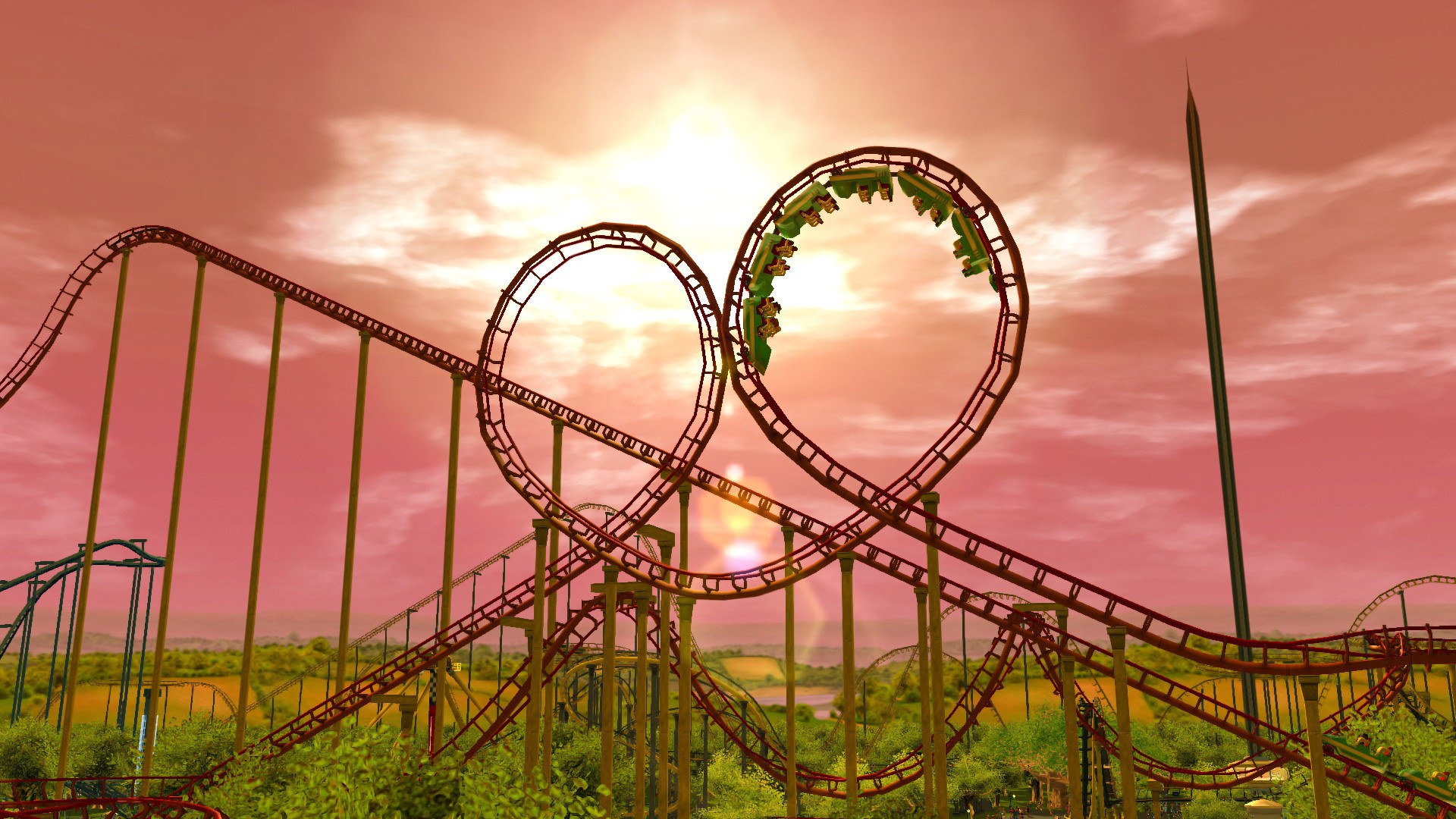 As earlier mentioned, there will be set objectives during a scenario in which you will have to fulfil if you want to win. The objectives might vary depending on the difficulty you have selected. On the harder difficulties, you might have to pay off a bank loan or make sure that a ride reaches a certain enjoyment level, meanwhile on the easier difficulty you will only have to collect a certain amount of money or just add rides that the people want in general! No matter what difficulty I play on and what scenario I pick, I still enjoy it very much!

Wrapping the bag together, RollerCoaster Tycoon 3 Complete Edition really brings back what we like about a classic tycoon game and gives it a fresh look! It’s addicting and the graphics really tell me that it looks like a retro masterpiece! To be honest with you, I actually can’t wait to play more of this.

This a must have if you are into tycoon games! It’s fun, addicting and colorful! What more can you ask for in a retro masterpiece?