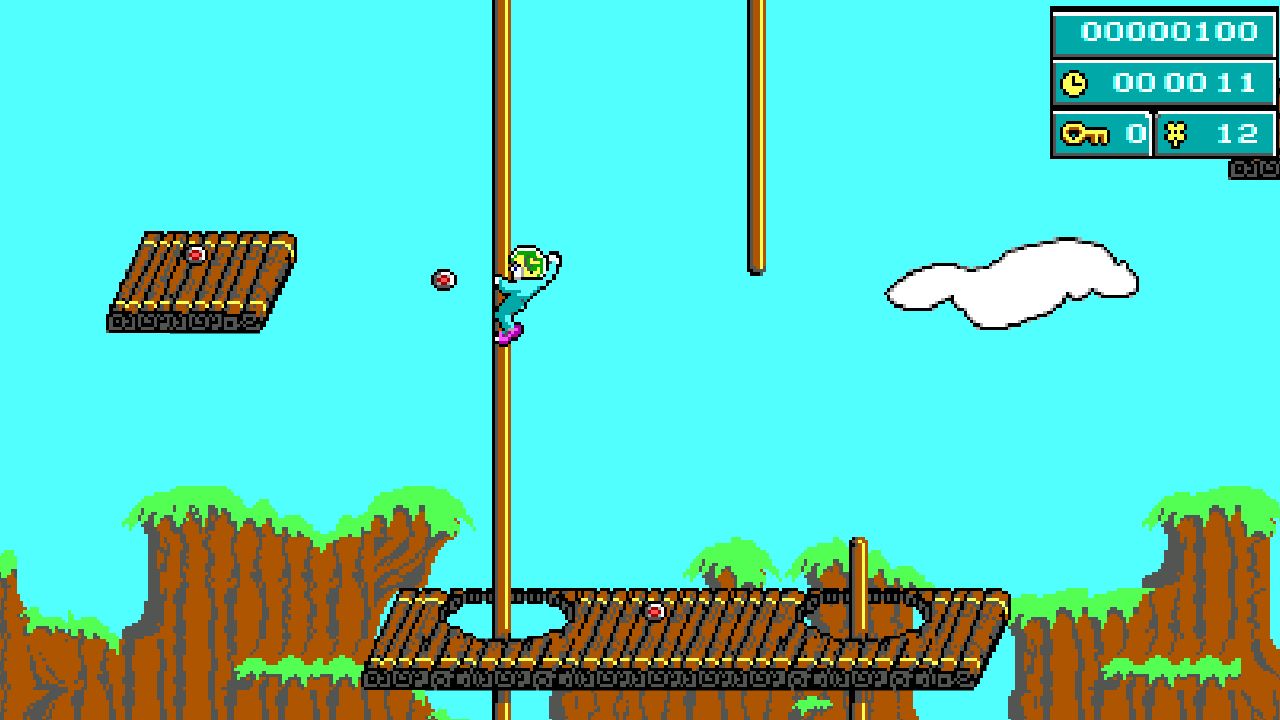 It’s times like these that I’m grateful that people don’t just wipe the slate clean when it comes to making new versions of old games. I don’t just mean from a classical perspective, but also in a modern sense. So many people have had a chance now to see Bioshock’s new version that they might not have a chance to see what the old one was like to understand the nuances that went into the special edition that Switch owners have the opportunity to get. Hell, I remember running Bioshock on my phone once upon a time, so you can imagine that I see this newer iteration as a big step up in many ways. But sometimes, without something to compare it to, it can be easy to look at what’s advertised as an upgraded or special edition as nothing more than a different wrapper on the same candy bar. That’s why I think the Switch updates should come with patch notes so that we know what’s happening: not every game can be Dead Cells and come with a massive online log to tell what’s new. Hell, the recent Atomicrops update was so damn big, but I had to hunt to see what was different.

As a result, when I first loaded up Keen Dreams – Definitive Edition, I was, in a word, disappointed. When I reviewed the original Keen Dreams way back in 2019, the experience was alright but left me wanting. It was a strange game in the series to choose (which I know is the case because the others are under contractual lock and key), and the port was an accurate but still unfortunate case of a game coming to the Switch. It handled poorly, it was clunky, and I genuinely didn’t like playing it because it felt like my childhood was being stripped away one awkward, frame dropped step at a time. As a result, it was deleted from my Switch and I haven’t touched it since. I was hesitant to play Definitive Edition because I didn’t think I would find anything new to brighten my day, and my initial prejudices were confirmed when the game started and, low and behold, it was still Keen Dreams. There wasn’t a brand new 3D model of the characters. There wasn’t some strange new mechanic that made the game easier or more spectacular. It was Keen Dreams, and I was saddened.

Then, I downloaded the original for comparison, and all that changed. The first big difference in Keen Dreams – Definitive Edition is that the unnecessary aspects of the game have been stripped out. Despite being almost ten times bigger in size, Definitive Edition removes all the Windows 3.1 style menus from the beginning and just allows you to drop into the game without all these other bizarre choices. In truth, there are nearly no buttons to think about, so having a menu to explain how to jump and throw things seemed unnecessary. You don’t need to have different difficulty levels because those just add to enemies on the screen and decrease your own accuracy, which results in the game performing worse. Instead, you’re given a straight up “select a save slot” screen before being dropped in and given the same backstory as before. In case you missed it, this whole game, as you guessed from the title, is a dream that Billy Blaze is having after arguing with his mom about eating vegetables. Now Billy is in his Commander Keen persona, and he has to save kidnapped children from the Dream Machine that has brought him into a land of evil, sentient vegetables. Unfortunately, Billy’s trusty blaster is depleted, so he’ll have to rely on reflexes, wits and some candy that turns vegetables into flowers to save the day! 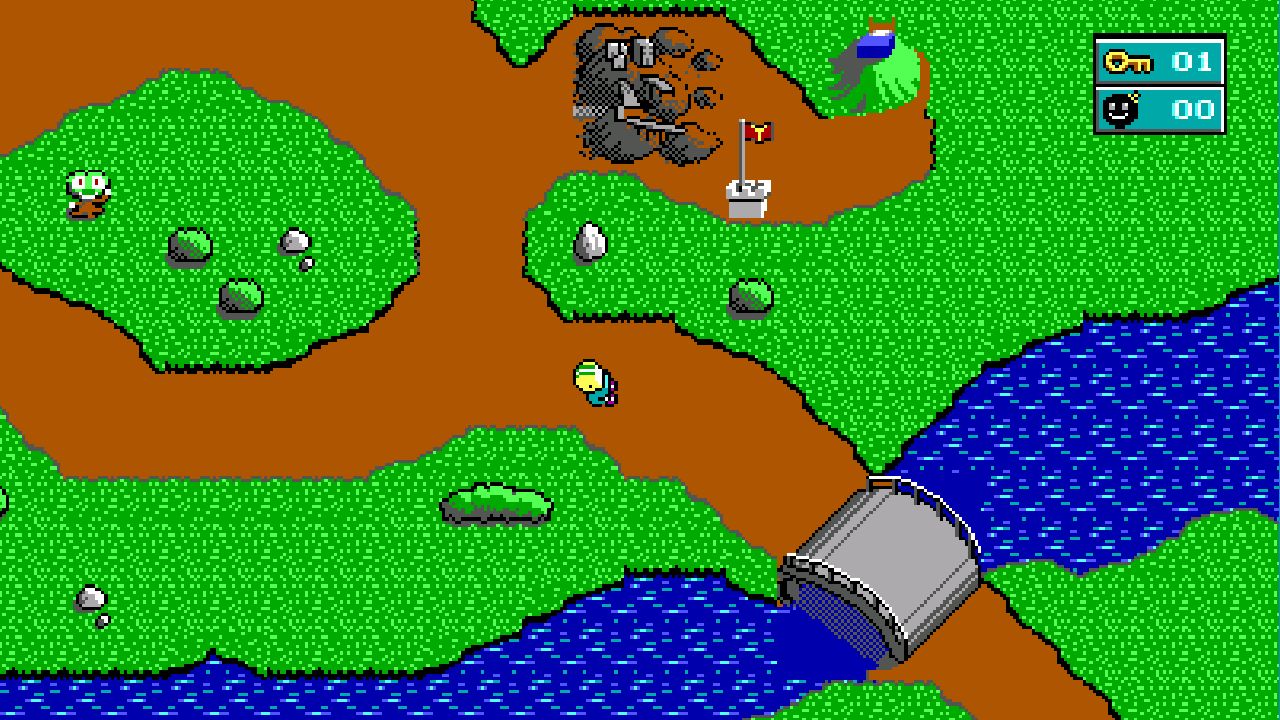 Once you get into it, players will realize that Keen Dreams – Definitive Edition just looks so much better. I’m not just talking about the full screen aspect ratio, though that’s a nice touch for Diplodocus Games to add into a modern console, so everything isn’t either cropped or stretched. I mean, the animation of the game looks like it’s been rebuilt from the ground up. Instead of choppy, stuttering moments that caused things to look incredibly stilted and awkward, Keen and company now move in smooth, full animation actions, making it not only easier on the eyes but also significantly easier to control and to see what and how things will move. The first level, for example, is incredibly simple: dodge a few carrots, get past two potato guards and you’re home free. In the original version, this took me several tries to get passed because I simply felt like I wasn’t in control of my own body. In the new Definitive Edition, Keen glides easily through, responding to the button presses in due course and rewarding the player by actually doing what you ask him to. You even have the added benefit of being able to grab the first awesome lollipop towards the end of the level, which gives massive points and was a virtual impossibility with the original version of the game.

Additionally, the soundscape of Keen Dreams – Definitive Edition has been overhauled to actually have music, which is not some kind of new, bizarre orchestral mix, but an actual chiptune wonderland that feels age appropriate for this title. There’s a lot of upbeat chirpy sounds intermingled with the concepts of horns, strings and drums that are synthesized through some very ancient, very awesome technology. Going into the Melon Mines gives you this wonderful, foreboding piece while actively trying to dodge malevolent tomatoes and gather as much candy as possible, because, seriously mum, screw vegetables, chocolate is the future. It’s something that I didn’t know was missing in the previous game, which had an erratic and sometimes broken soundtrack, but now it was fully present without being too oppressive or out of place. The only bad thing I can say is that sometimes the sound effects are a tad loud, so be ready for certain bleeps and bloops to temporarily drown out the music. Having said that, the composer, Saw Square Noise, has done an amazing job.

Keen’s new ability to run is a massive game changer, and it really helps that we patted down the animation in order to make this work. For a game this old, players have already mapped out massive areas of it in their minds, knowing what’s necessary and where best to go in order to achieve new high scores. With the choice to now amp Keen up and have him run, full tilt, to different areas, actual time attacks and score attacks are possible without hacking the game. The running feels natural, like he should have been able to do it all along, and it plays well with the level layouts as well as the controls. You should be aware that, since we keep true to the original game styling, there’s still a bit of float in the jumps, so be cautious before going full steam ahead if you aren’t certain you can predict where you’ll land. 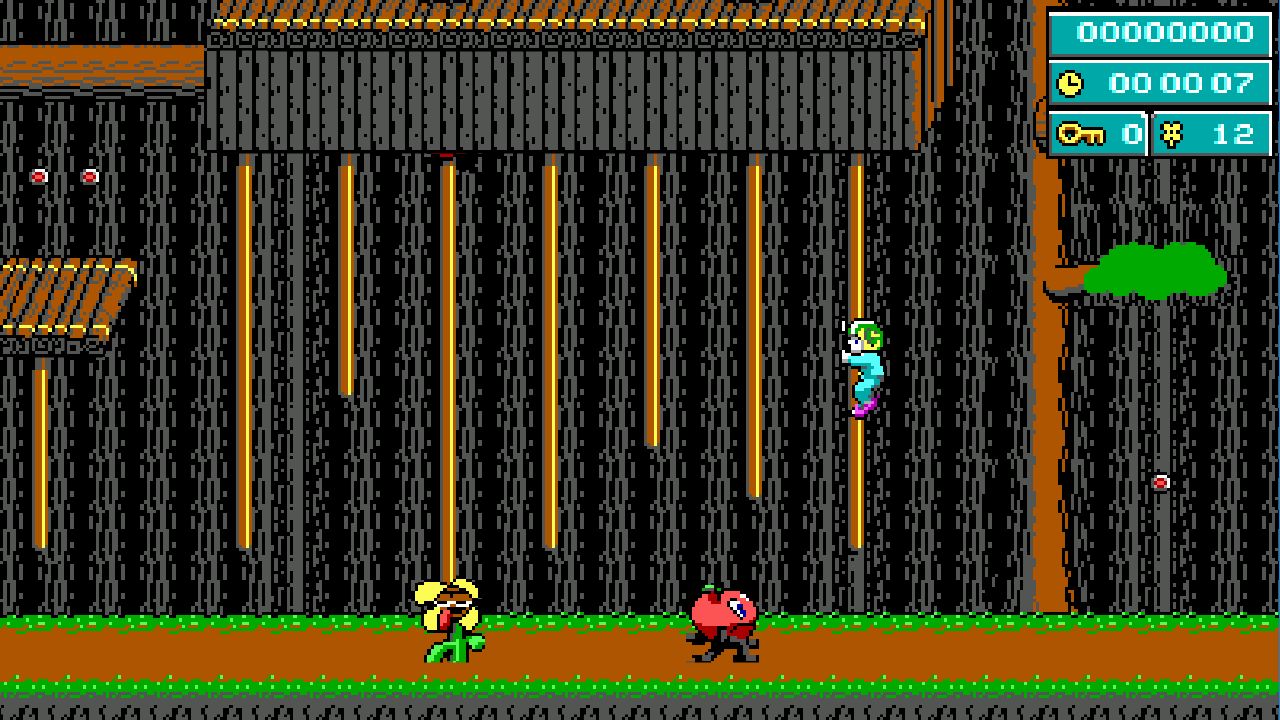 Finally, the new stages. For Keen Dreams – Definitive Edition, Diplodocus Games went above and beyond to introduce some new areas that both fit and don’t fit into this world of the Dream Machine. Aesthetically, they are spot on, incorporating some fantastic pixel design and a real awareness of the Keen portrayal to ensure the levels don’t feel out of place or strange from a visual standpoint. Indeed, the map iconography for Grape Grove might be my favourite for the whole map. Having said that, there is a distinctly different feeling to these levels, and I don’t think that’s necessarily a bad thing. While the old stages held you to a standard based on the limitations of the game’s own handling, the new stages know that the controls and responses are much tighter, so your response should be as well. There’s a much more frantic feeling to the layouts, giving you significantly more challenge to get out of the way, to reach the next safe spot, to keep moving in certain cases, and it’s pretty refreshing. While you can push yourself in the standard stages to go fast and set new records, it’s these new areas that ask you to survive and do them to the best of your own abilities. It’s a good balance, and I loved seeing them in there.

Keen Dreams – Definitive Edition has completely changed my opinion on a game that really kicked my nostalgia straight in the testicles. This Definitive Edition has not only warmed up the leftovers, but added the appropriate levels of seasoning, sauce and extra flair to make it a brand new, delicious meal that still looks familiar. Players who remember Keen fondly should 100% pick up this significantly better version and enjoy the hell out of it like a kid all over again. And then probably eat a salad, because, despite what Keen thinks, veggies are important.

Commander Keen’s bizarre dream gets a beautiful overhaul that results in a significantly better game with new, exciting elements throughout.