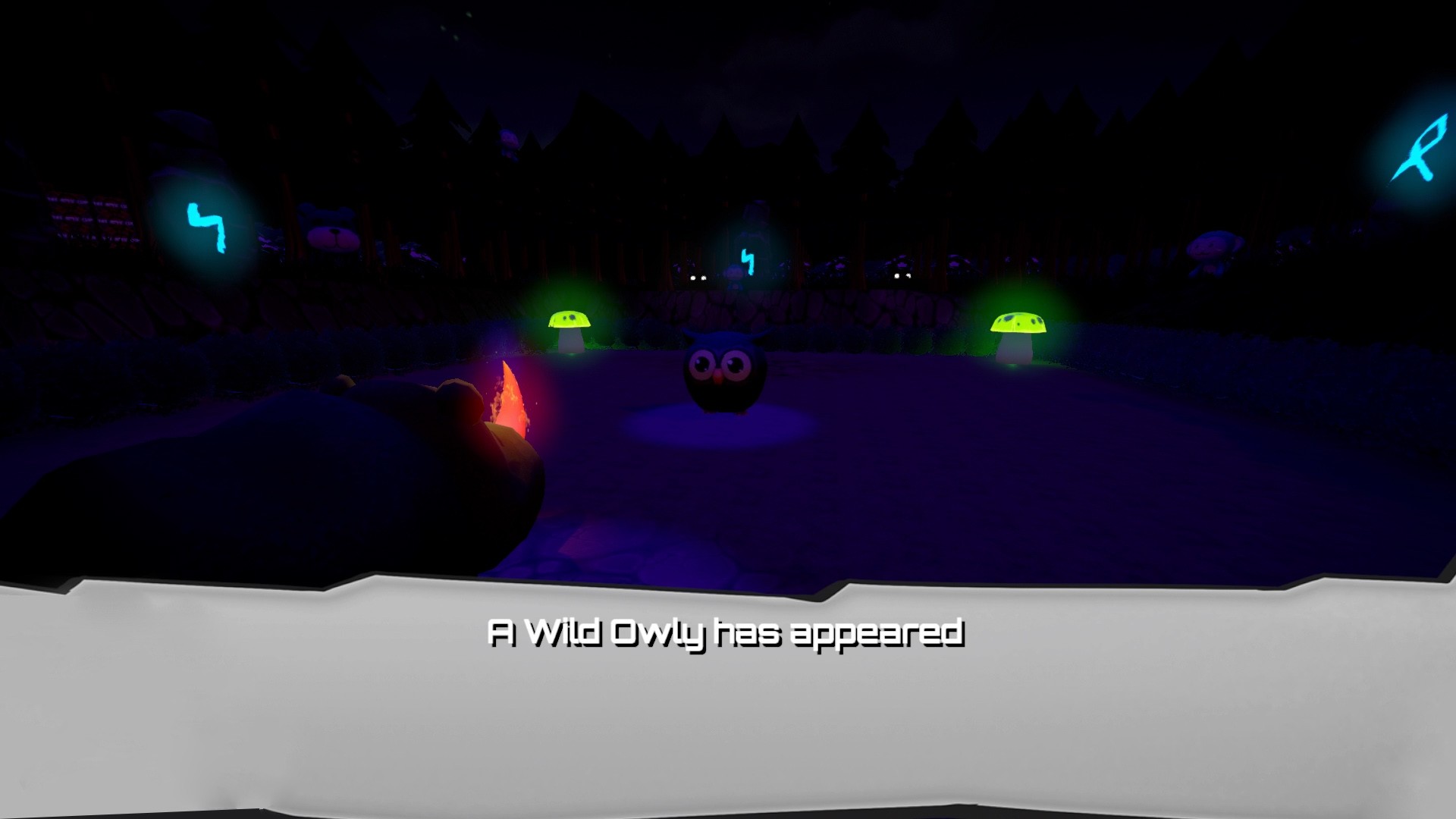 Released on Oct. 1, Costume Kingdom styles itself as “a holiday experience that will warm the hearts of adults and children alike”, according to a press release. In reality, it’s an incredibly bare bones Pokémon clone with a Halloween theme stitched on to it.

The general outline of the story is: there’s a tournament held on Halloween night, to win it you have to beat the leader of a dastardly Hallowmon gang, and at some point you deal with a “legendary” Hallowmon. It’s the bog standard formula of a Pokémon game, just done very poorly.

The general setup and naming conventions aren’t the only things that make the game a Pokémon clone though. The battle system and the way you interact with the overworld are themselves lifted from the popular franchise, though, aren’t done even a 1/20th as well.

The game has a turn-based battle system, where you put your Hallowmon against theirs. Each trainer can have up to six Hallowmon to switch between, who each have four moves and the player can use items to heal them.

Unfortunately, this is the store brand version of Pokémon. There’s only a total of 10 Hallowmon, only level up to 20, have no evolutions and only learn four moves. Your Hallowmon always gets to attack first, so all battles turn into a DPS race that you’ll almost always win.

The closest thing to strategy is the mechanic of Hallowmen having different elements, but there are only four of these, and even with an element advantage you take so much damage that it’s not worth switching into a different Hallowmon.

The overworld is also poorly done. Like in Pokémon, you need to get special abilities to do certain tasks and progress. In Pokémon it’s HM’s, while in Costume Kingdom you use costumes. The problem is the latter is implemented much more poorly. 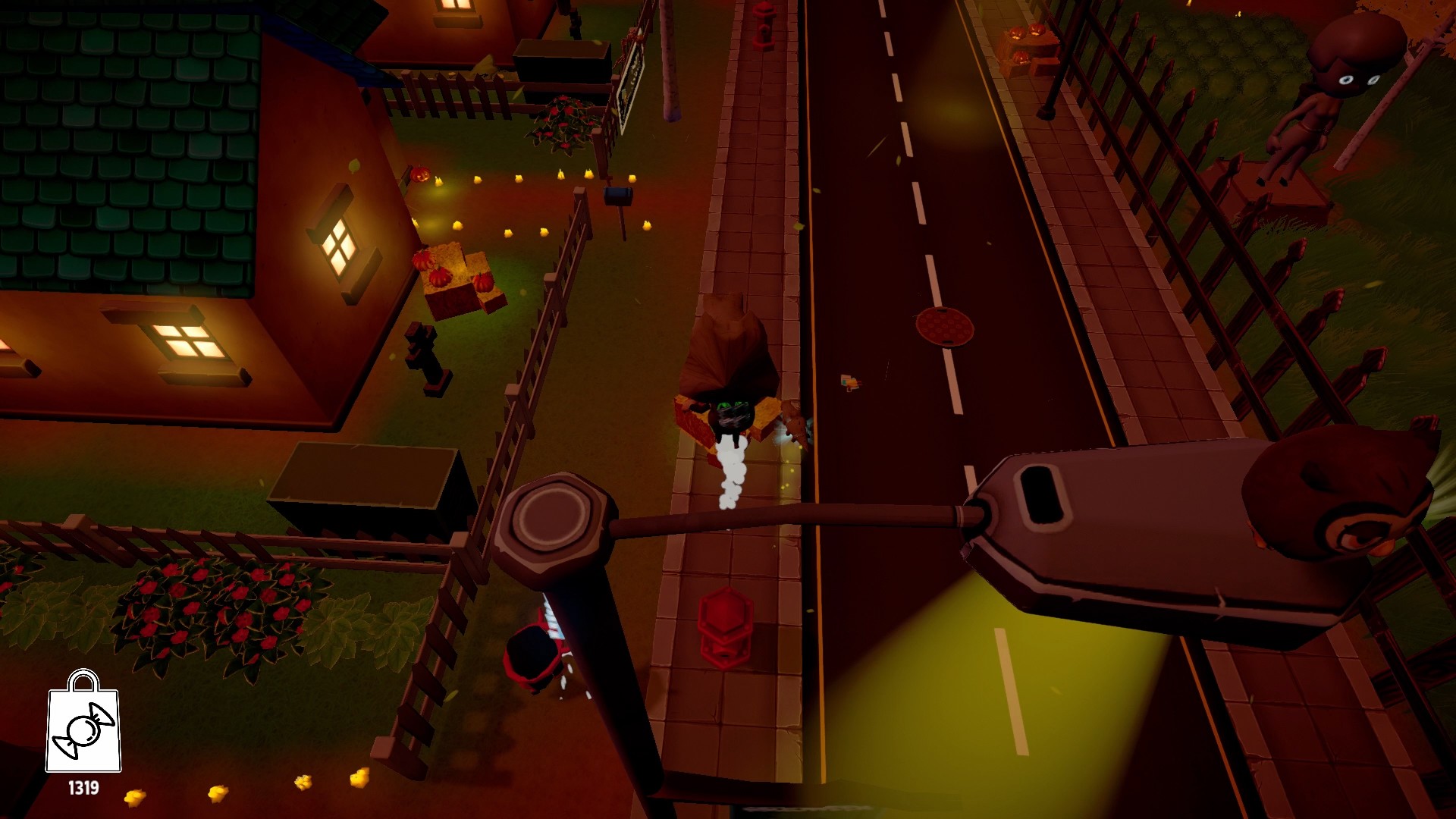 The costumes you use to progress are generally only actually required once, becoming pretty much useless right after you get them. Those not required are outright useless, ranging from collecting tokens that seemingly have no actual use to doing a dance.

The only thing Costume Kingdom does a little differently is having a dedicated list of main quests and side quests. These will generally boil down to “collect six of blank”, or “go beat up this kid”.

The side missions will usually reward you with experience for your whole team and candy, the game currency. The former of these doesn’t really matter, as all encounters seem to level according to the overall level of your team, while the former is just for unlocking better healing items, which you never use.

You also don’t earn much more experience or resources than what you would get from just doing random encounters. Normally I would just say skip them all, but some of these are how you’re supposed to capture Hallowmon, as you can’t actually capture them through wild encounters.

On the more technical side, there’s just a lot of really annoying things about the game. The sound effects will cut out now and then, and at a couple of points I had to restart the game because the game kept switching between normal graphics and “retro” mode whenever I pressed the interact button.

Speaking of graphics, there’s not much there. Character models and the environment look incredibly basic, having a light Halloween theme to them. The Hallowmon themselves are, as mentioned before, very limited at only 10, and even those are just more cartoonish versions of real animals.

The sound and music is where it starts to get really bad though. The game only has a handful of music tracks, with none of them flowing well with each other. This includes one battle track, which gets old by the second time you hear it. 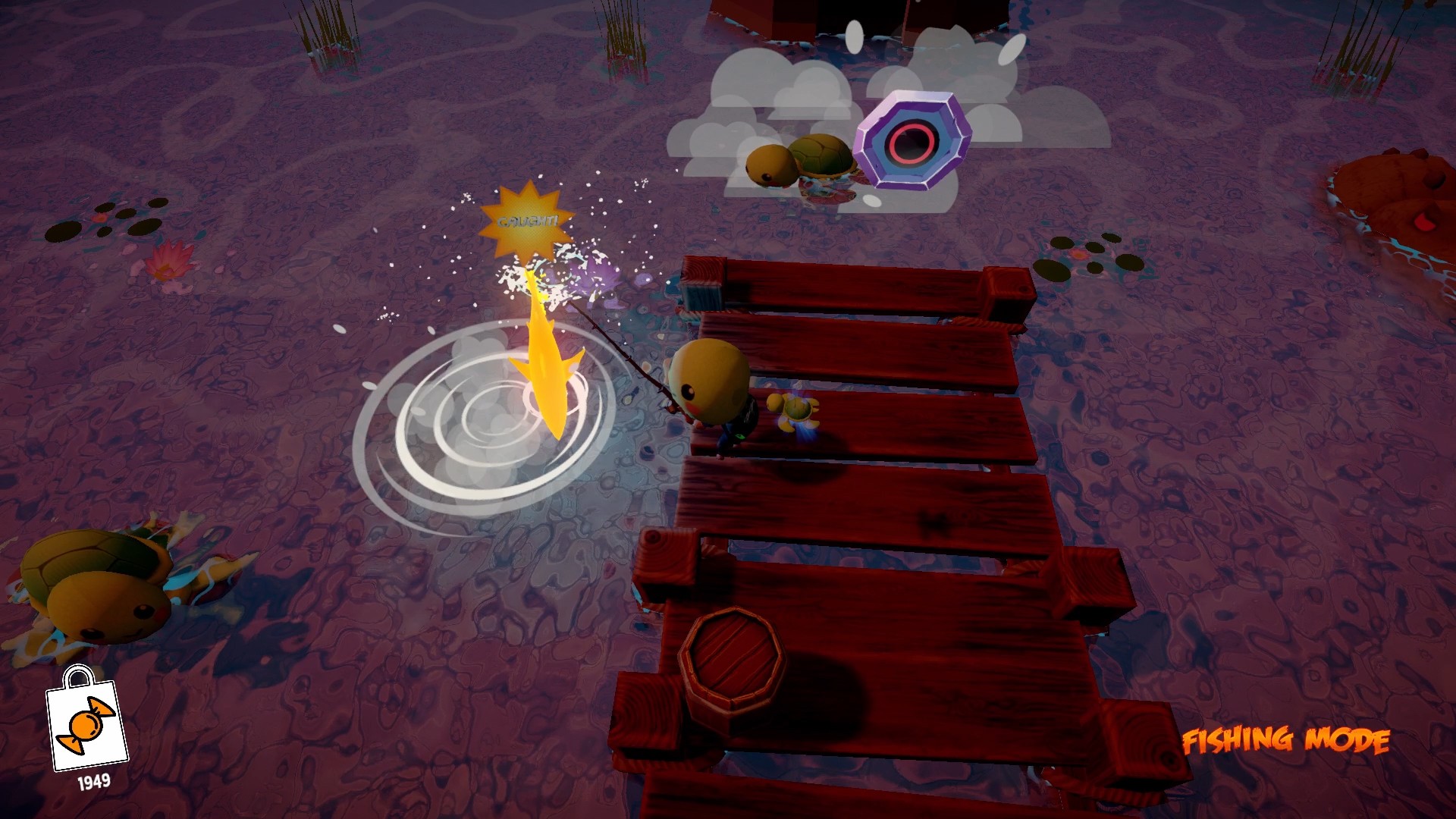 The sound also has a bad habit of cutting out at times. This primarily seems to happen when you try to break objects in the overworld, though I’ve had the random encounter alarm get stuck in a loop as well.

The most frustrating thing in the entire game though is the narrator. The person doing the voice isn’t particularly good, and a lot of their attempts at being clever come off as annoying. Combine this with them constantly talking and repeating lines in battles, and you’ll probably be muting the game early on.

The game could have also went through another proof checking session as well when it comes to text. The main culprit is the term “Wild” being used for all encounters, even when you’re facing other trainers, as well as cases of “there”, being used instead of “their”.

I realize all the comparisons to Pokémon, a 20 plus year franchise, may not be particularly fair to Costume Kingdom. But the game so clearly tries to ape off the formers formula while simultaneously making mistakes that were resolved back in their first titles.

If you’re looking for a monster collecting game, Costume Kingdom is not the way to go. A bare bones package with poor presentation, it comes off as a game hoping to make money off players who want to play Pokémon but don’t want to buy a Nintendo Switch.

Costume Kingdom is nothing more than a bare bones Pokémon clone, offering little in the way of content or presentation. I would advise anyone looking for an alternative monster collecting game to turn elsewhere, as even on sale Costume Kingdom is worth your time.