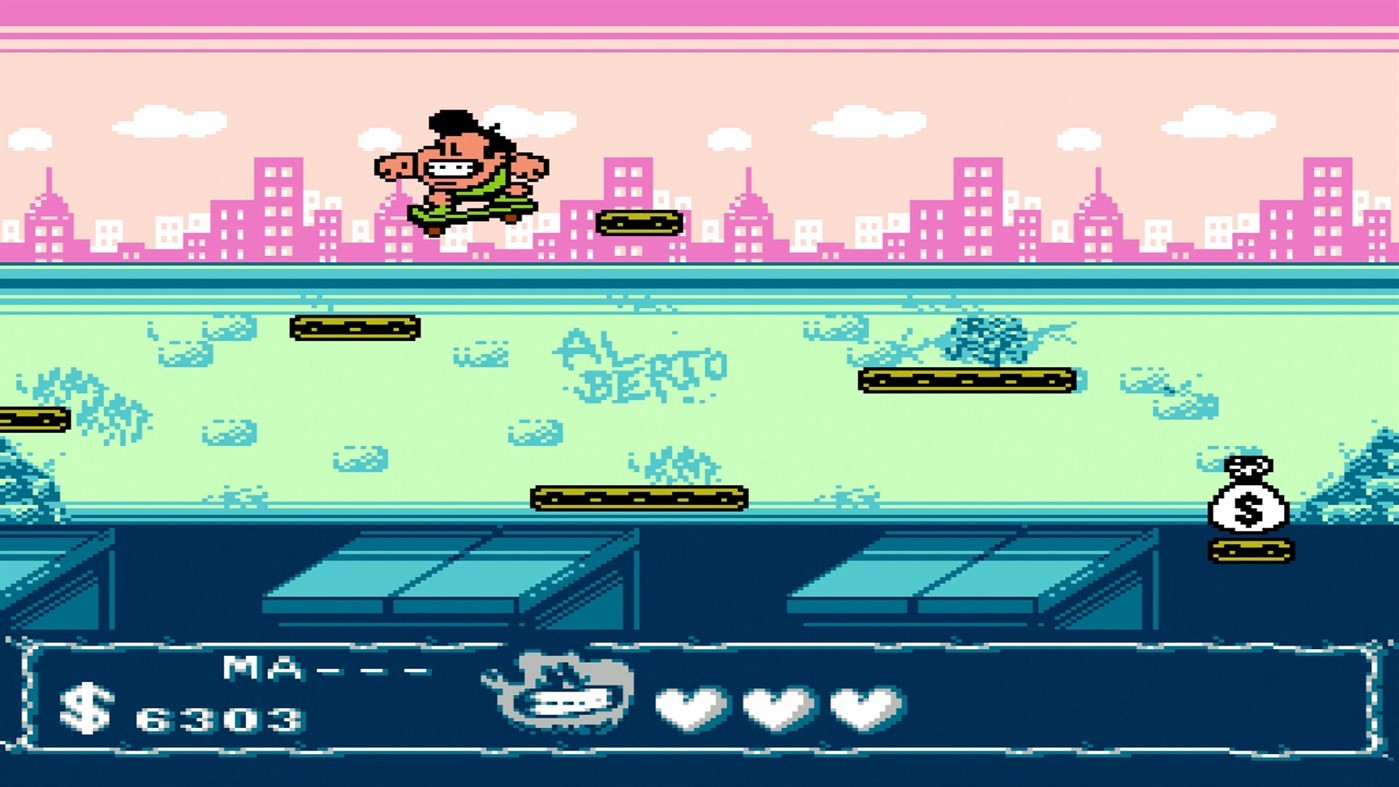 Gamers of a certain age will be familiar with the auto-scroll culture, where the unstoppable screen forces you along your journey into the path of obstacles and enemies alike. These games are both a test of your skill and your memory recall as each stage follows a set pattern, and revisiting a level has a distinct feeling of deja vu. Skatemasta Tcheco is the sequel to Tcheco Castle of Lucio, it’s an arcade auto side-scroll platform title, where you must control Tcheco. He is a skateboarding adventure lover, who wants nothing more than to leap over obstacles and enemies on his way to collecting cash and destroying the end level boss.

Developed by Marcelo Barbosa and Ratalaika Games and published by Eastasiasoft this old school title is bright, garish and inspired by 8-bit games of the past. With several levels to choose from, all ranging from 1 to 5 stars, you will find a variety of enemies and obstacles to overcome as you test your retro gaming skill set.

What was fantastic about early gaming was the simplistic nature of the gameplay, and the ease at which a player could pick it up and learn the fundamentals almost immediately. This is what Skatemasta Tcheco does particularly well. After the first couple of minutes, you feel that you’ve played it for years, and you’ll comfortably be navigating each stage. However, what isn’t so easy to overcome is the many traps and holes that you will face. Platforms appear for you to land on, only for them to disappear as your board touches the surface. You are forced to think fast and act even quicker. This is made even harder, as our protagonist won’t stay still! His wheels on his board are constantly turning, and you’re not given a moment’s peace to plan your next leap of faith. Your only saving grace is if you can remember how each level is set out and preempt what you should do to proceed. If you can do this, you will forge a path to safety, and be able to complete the stage.

The lack of complexity will sit comfortably with anyone who likes old school retro gaming. It’s unforgiving and brutal approach reminded me of some more challenging; Amiga, Atari and NES titles. For more modern day players who like the ability to customise their character and venture into the wilderness with unlimited freedom, they may feel their creative juices are a little stunted. They may not be comfortable with the restrictive nature of the gameplay, and will probably tire quickly of its repetitive nature. 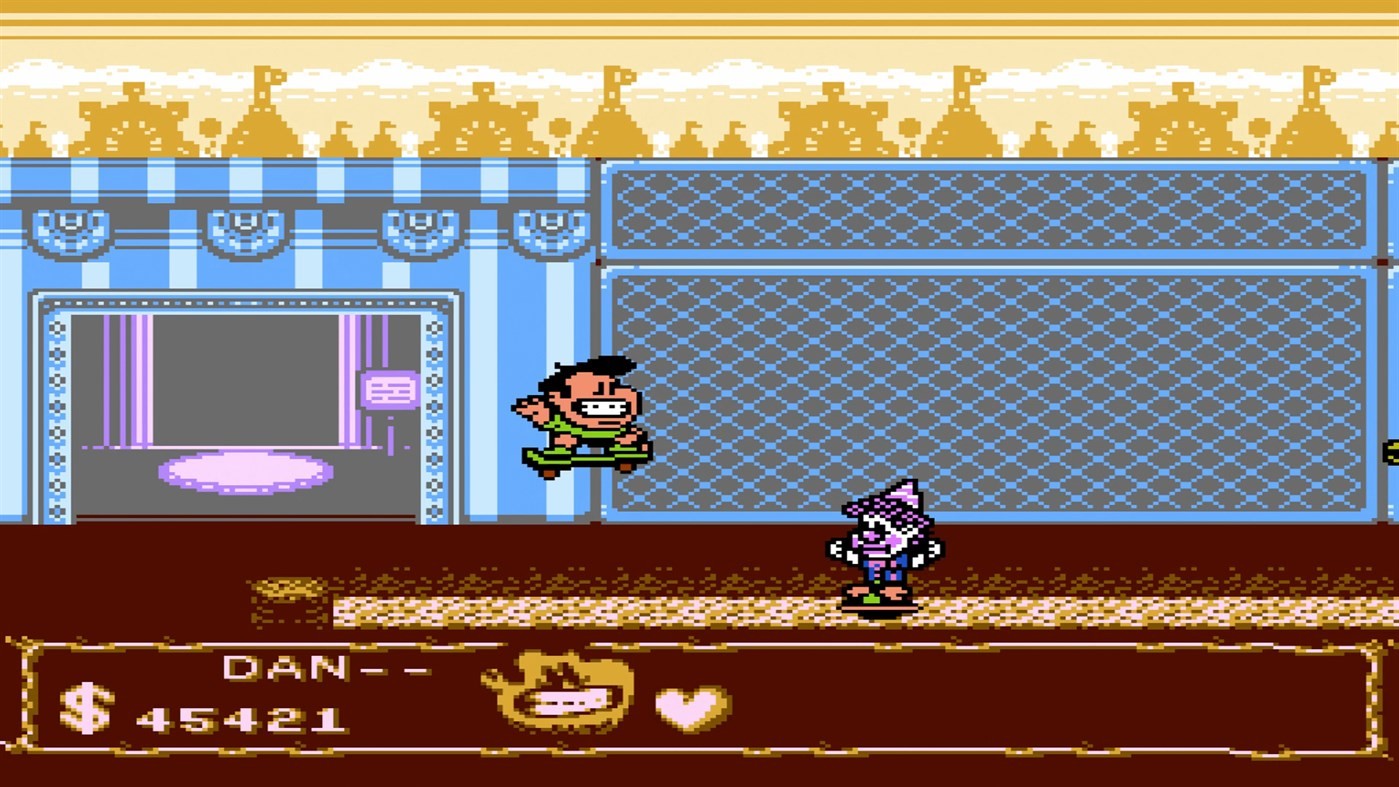 Normally when I play an indie title, there is no freedom to choose the order in which I try out the levels. Skatemasta Tcheco is different, you may try the easiest level first, or push yourself to the limit on the 5 star soul destroying hardest stage. As the gameplay doesn’t require you to follow a story, it matters not how you approach the level order. Though there isn’t a plot running through the levels, there are some similarities. Cash must be collected during each stage, and if you are successful, then you can use this to save your progress. You also have the opportunity to collect boxes that contain letters. These spell out the name of a friend on each stage, and they are called upon to help tackle the big boss. They are supposed to help with the battle, but in my experience they didn’t really do much more than run around the screen from left to right.

Most of the action across all the levels follows a very similar pattern; roll your board, bounce here, leap there, collect cash, and land on your enemies’ heads to destroy them. This rinse and repeat nature makes the game easy to understand, but gives it a lack of depth which will surely make most gamers feel that the action is repetitive. You may think, “Well, at least the end level bosses will be a challenge!” I’d like to say they were, but, once you got the basic idea of what to do, it was also a case of rinse and repeat until you were victorious. The hardest part of this game is trying to avoid the pits, you can quickly deplete your lives as you miss time your jumps, or forget where a platform should spawn in. The difficulty was then pushed up a notch as death means death. You are not given the pleasure of a checkpoint, and you can be right at the endgame for a level, only to make a silly mistake and have to start over again. It’s infuriatingly annoying, and it will have you questioning your skill as a gamer, screaming out loud, and ruing your luck.

Though it felt odd playing such a classic style arcade platform title on a Xbox One, I couldn’t get away from the addictive nature of each stage. The developers have done well to create a concept that gets under your skin and makes you want to try just one more time.

This bright and vivid game looked a little out of place on a large screen. The retro nature of this title has forced the developers to use a pixelated cartoon style that looks fairly rough the larger it goes. That being said, it was fun to look at, and each of the different stages had a good amount of variation to them. The sprites were interesting to look at, and all have a distinct design. When you play an old school title, you know what to expect, yet, I get the feeling that this would look better on the handheld version of the Switch or a smaller TV. 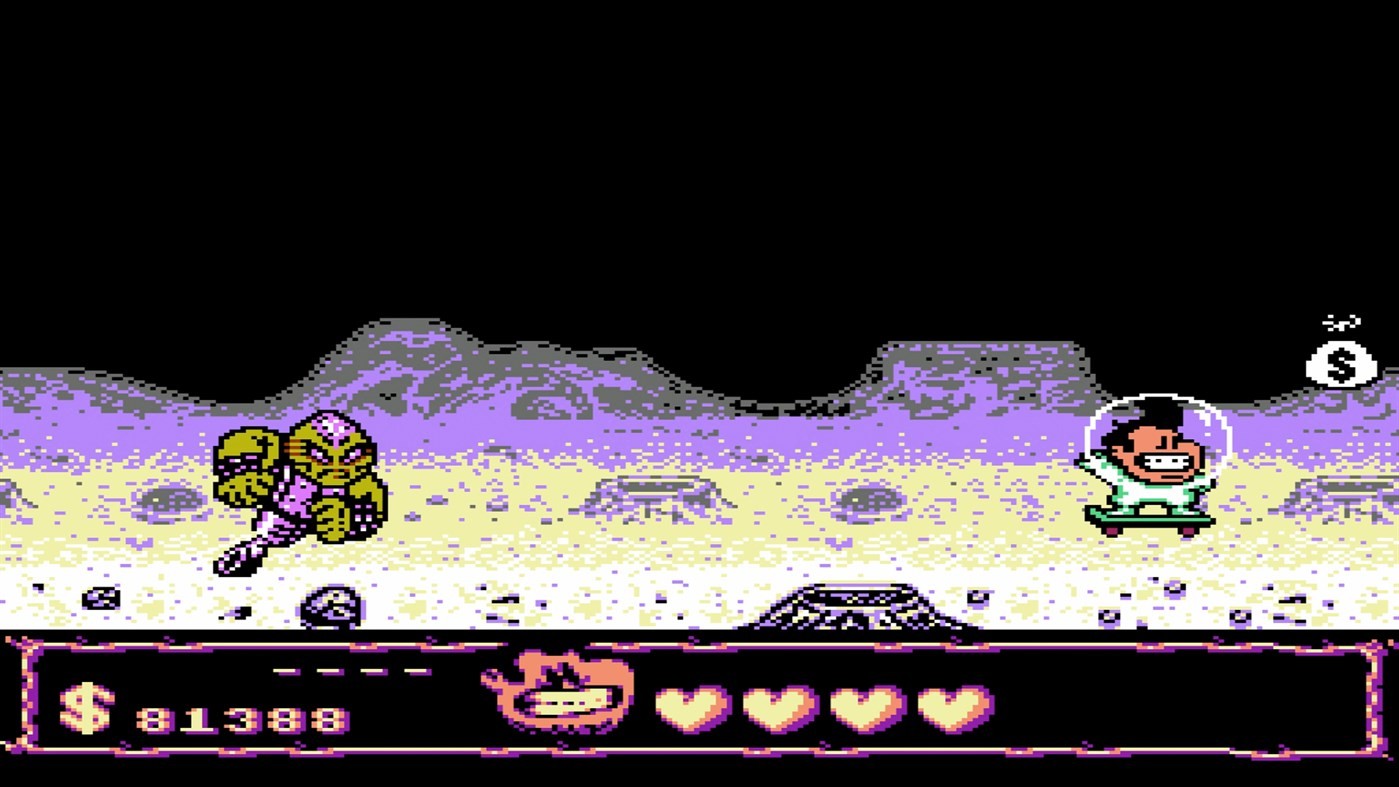 The audio was also what you’d expect from an 8-bit inspired product. Synthesised upbeat music that tries to push your adrenaline, and over the top and crass sound effects that could have been pulled up from any audio vault. It was a little dated, but it worked perfectly with what the developers were trying to achieve.

I’ve already mentioned the simplicity of the gaming concept, and how this transfers to the ease of picking it up and playing it. However, this doesn’t extend to the use of the basic control system Tcheco can; leap, ride and thrust at pace towards enemies. This is great in theory, but in reality, his speedy attack was hit and miss. Sometimes it would work, other times, you’d fly into a hole. It was a bit of a mess, and was so frustrating to use, that any opportunity I had I would just jump and ride to safety. It saved me dying and my controller getting smashed.

Ratalaika Games aren’t renowned for making either the hardest or longest games in history. They usually produce; casual, fun, and achievement rich indie titles. They are inexpensive and can be played on a part-time basis. This is exactly what we have here. A simple achievement list, accompanied with some challenging stages, offers a spattering of replay value. The lack of a story affects its longevity, but this can be enjoyed in short bursts, and there is some reward for returning to play again.

I think this will divide its audience amongst lovers of retro gaming, and old school players, and the generation who want freedom and open worlds. I love all arcade and indie games, so this was always going to be a winner for me, but I can see why it may be overlooked by some players. Do I recommend that you play it? I do. It’s casual nature, bright, garish imagery, and 8-bit inspired audio worked perfectly for me. It’s time to grab your board, put a smile on your face, and keep moving. Don’t stand still, otherwise the auto-scrolling screen will push you to your death.

An 8-bit inspired auto-scrolling platform adventure title where the old school is brought to life, and death is all but guaranteed.