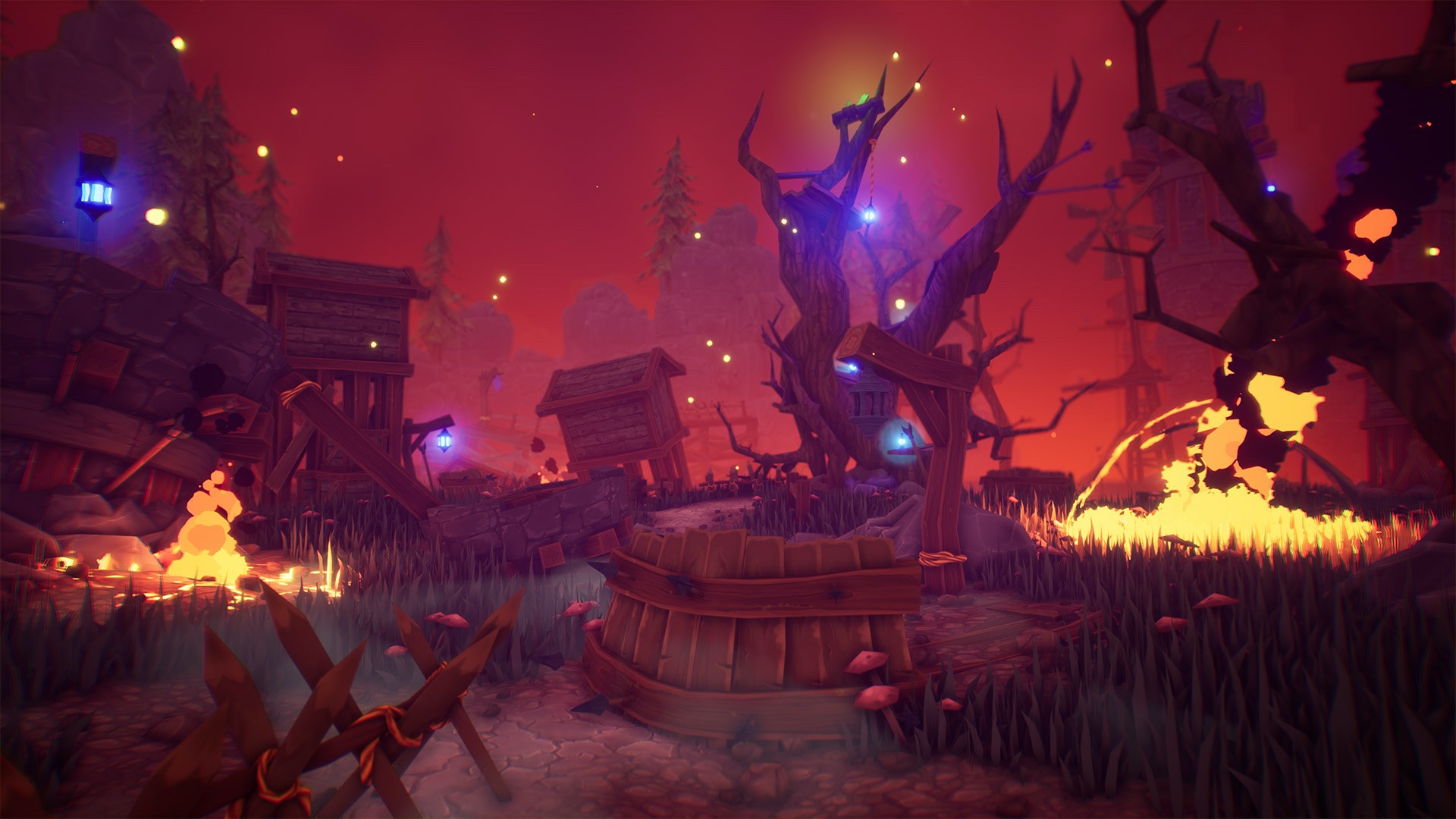 Halloween has pretty much been written off this year. Trick or treating essentially banned in the UK. Supermarkets aren’t stocking a great deal and it’ll be a strange feeling to be home on the 31st October 2020 with no knocks on the door. It doesn’t stop people from feeling the spirit though! My son is obsessed with Halloween, he is three years old and is pumpkin mad. Naturally, when I saw Pumpkin Jack listed for release I really wanted to give this a go to share the experience with my son also.

Incredibly, Pumpkin Jack is solo developed by Nicolas Meyssonnier with one other important guy known as Adrien Lucas, who concentrates on porting the game and menu design. Published by Headup Games, Pumpkin Jack explains itself as a mashup between Medieval and Jak and Daxter with a Halloween theme to it. A single player 3D platformer where you play as Jack, the mythical pumpkin lord. With not many projects lined up for Halloween in the gaming world this year it was great to see one promising title fill that gap.

It’s important to note that Pumpkin Jack is available on PC, Xbox One and Nintendo Switch. I was intrigued to get going because honestly, I feel like platformers seem to be so scarce these days and hard to come by. So I was genuinely excited to play a new platformer and you won’t be disappointed with Pumpkin Jack and partly because around four years of hard graft has gone into this game. 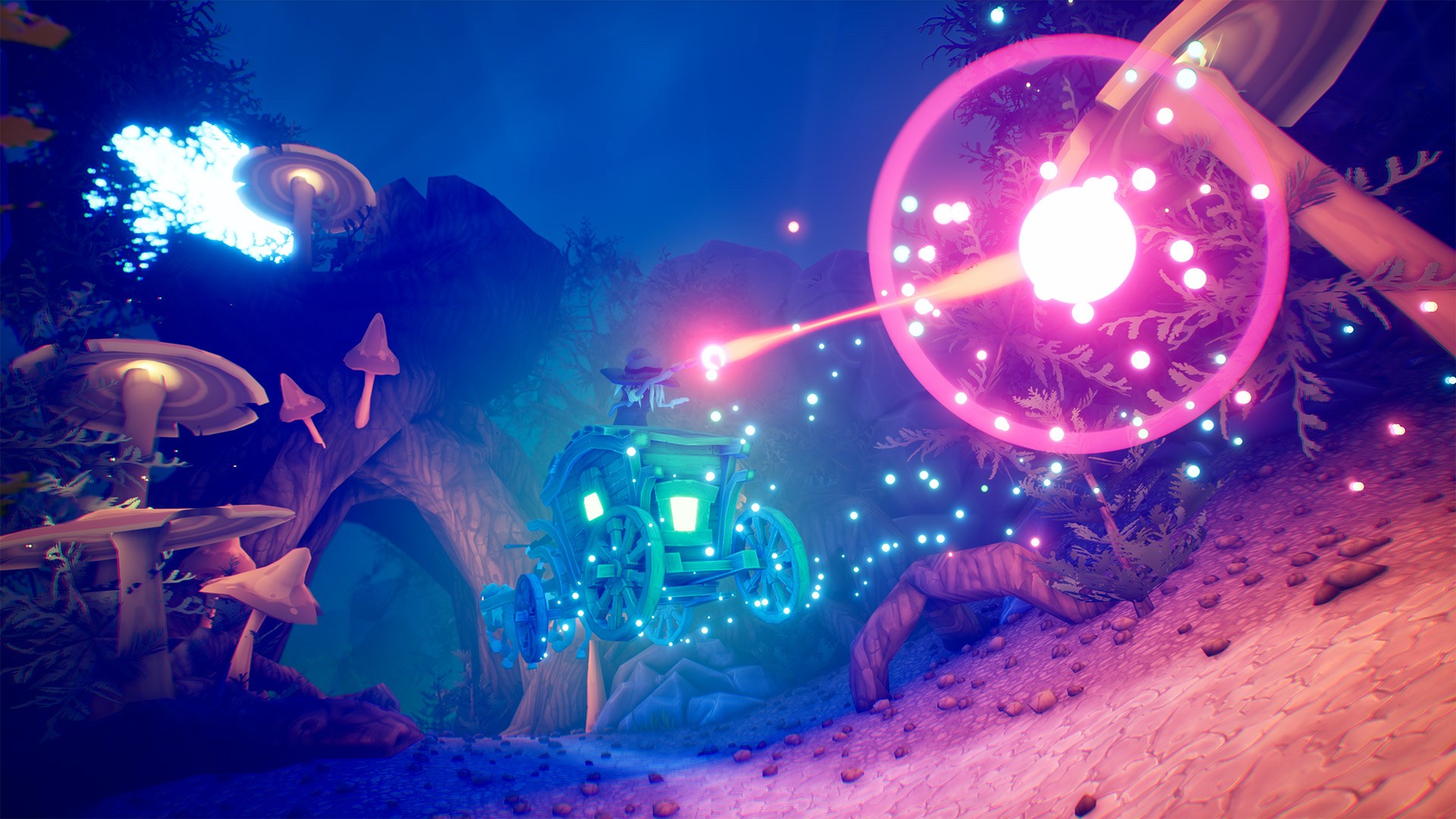 From the word go you’ll notice that the developer here has taken huge influence from the fantastic Medievil series and it takes some real guts to lock horns with a title like that. Not that these titles are in competition but fans may use it as a direct comparison. Graphically I was in awe of how beautiful the game looked visually when you keep in mind this was a one man’s accomplishment. Sure, it’s not going to have triple A style visuals, but you don’t expect that going into the game. It just felt nice to have a platformer in the library that wasn’t a Crash Bandicoot or Spyro remake.

So Pumpkin Jack himself is a bad guy who has a spirit imprisoned within his soul and he makes a deal with the devil to release this. Almost immediately it is realised that this is no easy challenge and Satan summons Jack to Boredom Kingdom to take on a sorcerer who is attempting to scupper his plans. It is when you stroll through this land you’ll be faced with several enemies such as skeletons, scarecrows and other critters and beasts. This is a Halloween game remember so I’ll leave some of it to your imagination. What really drew me in with Pumpkin Jack was the humour and witty dialogue, it really gets this right in what isn’t the most exciting story but do you really need one with a platformer?

There is a total of six levels to hop, jump and punch your way through in Pumpkin Jack with each of them bringing that Halloween feel but in differing environments. There is plenty to do here and you’re not just jumping and collecting items and rushing through the levels. Even though it only takes around six hours to clock everything to offer here, the levels and mechanics are diverse enough to keep the content here fresh and engaging. What I really enjoyed here is no two levels appeared or felt the same as the other. I think some platformers are guilty of copy and paste elements with different skins but Pumpkin Jack offers so much more than that. One level could be in forested areas, an eerie castle or a spooky graveyard. 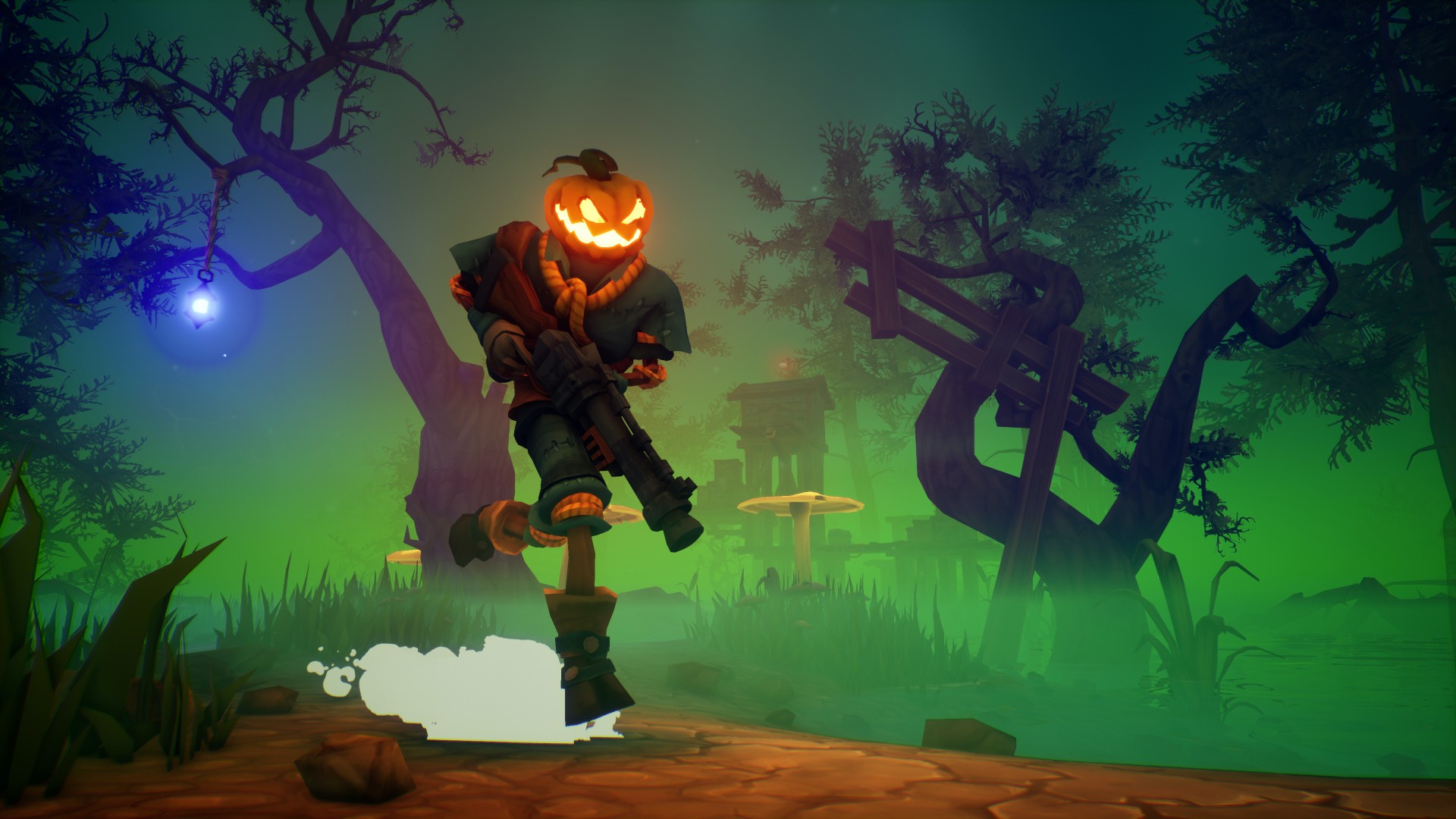 You’ll also stumble across mini games throughout your playthrough which offer unique gameplay opportunities and something to keep you engaged as you progress. I do feel that some work could have been done with the combat elements of the game, often using the attacks didn’t feel punchy enough and quite weightless. Whilst this doesn’t spoil the gameplay in any way I do feel more could be done here. The opportunity to carry weapons is offered and whilst this adds some variety to the overall combat experience, it is nothing short of button mashing to get the job done really. Whilst you do have to be mindful of health depletion, enemies appear to drop plenty to keep you energised to progress through levels comfortably. The combat can feel very repetitive and at stages I just felt like it was a chore and that it was the same rinse and repeat to just get that little bit further. Pumpkin Jack makes up for the mediocre combat controls and mechanics with some satisfying platforming action. The navigation of Jack is simple, fluid and consistently smooth and was fun to play with. I did feel that there could have been more challenging elements thrown into the mix such as obstacles and sections that required several attempts.

All in all I had a great time with Pumpkin Jack, for a one man job he has done an insanely fantastic job on this title. Whilst its not perfection and is a nostalgic salute to platformers of the past, it is clear where the influences come from and if you want to relive some of the older platforming titles then absolutely you should pick this up, It’s a witty, charming and beautiful unique Halloween title that I really enjoyed and was sad when the six hour playthrough was done, as I wanted more!

Pumpkin Jack is a platforming title that is influenced by Medievil and Jak and Daxter by a one man development team and its fantastic fun to play!