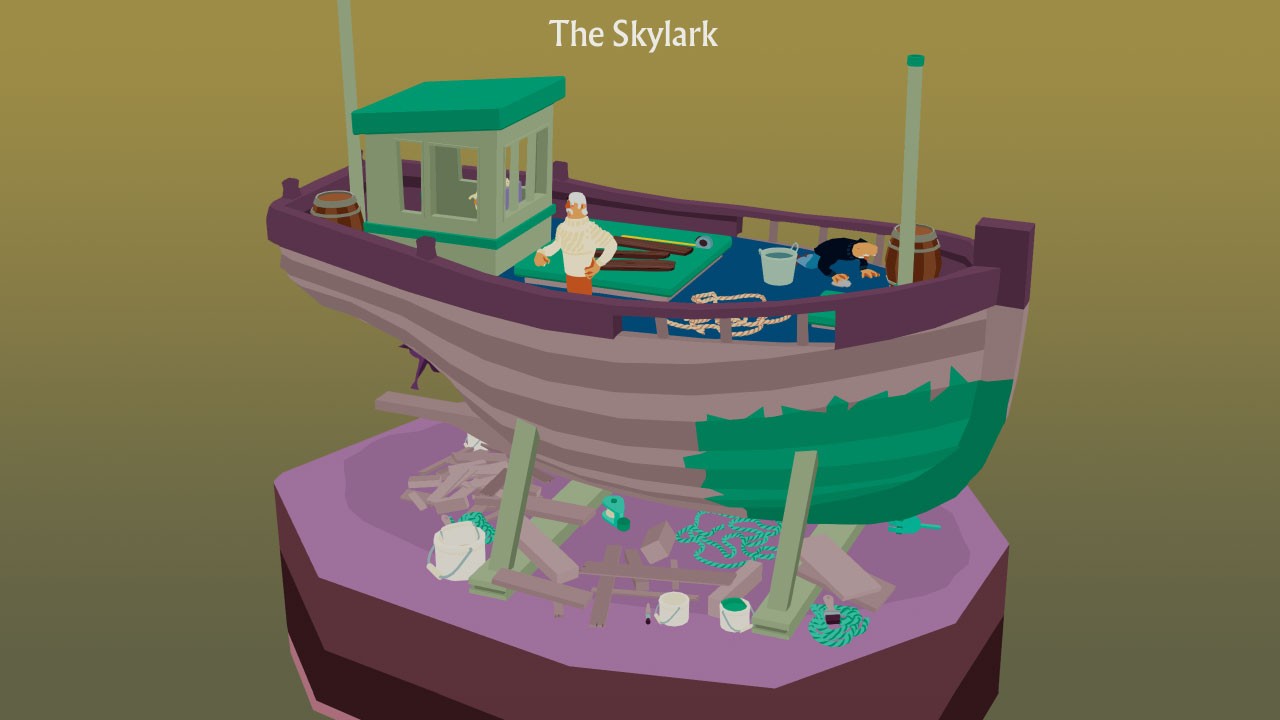 Stating the obvious, I Am Dead is a game about death, but not in the morbid sense but the complete opposite. You play the title character, Morris Lupton. In the opening sequence, he speaks lovingly about his home on the island of Shelmerston, from the first-person viewpoint. The introduction concludes with the declaration that he is dead. It’s not a spoiler, that’s the premise of the game.

This isn’t an event that immediately happens, so we don’t join a shocked Morris dealing with the afterlife, though he is searching for some sort of purpose. He can view the residents and objects from afar, as a ghost would, but the skill that he boasts that you’re not likely to have seen elsewhere is he can look inside things. That applies to people and objects as you select a point of interest and slowly zoom in, dissecting each element.

Initially, this feels like a gimmick and something we may have all inadvertently seen when a game glitches, but here this mechanic reveals hidden items in an otherwise unknown space. Still, more importantly, you can focus on the thoughts of individuals, trying to piece together their little rhetoric and an accompanying image to build up a picture of a potential candidate for the role of Custodian on the island. 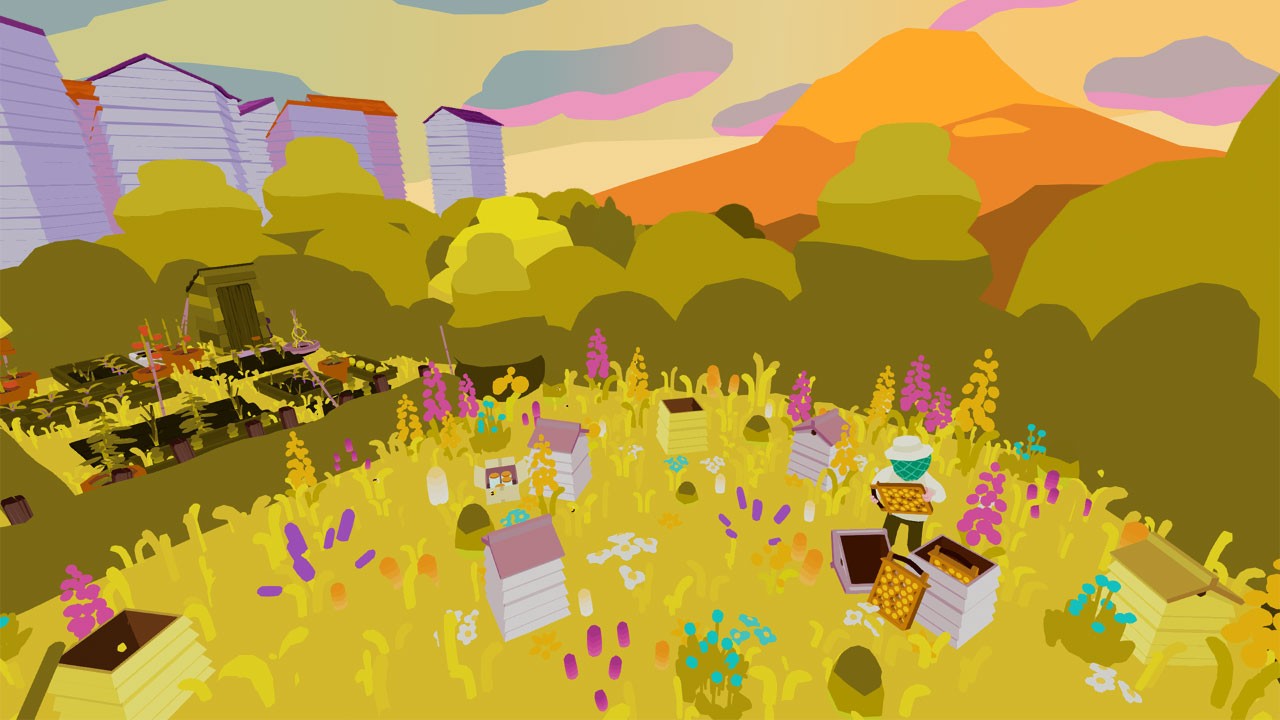 Shortly into the game, Morris reunites with his pet dog, Sparky. In the afterlife, they are incredibly articulate and inform him of the impending doom of the island and everyone on it. You see, every 1000 years or so, the dormant volcano erupts, creating new life in its destruction. However, a spirit known as the Custodian protects the people, but the job is now vacant. Morris volunteers for it, but it needs to go to another candidate. Cue his adventure to accumulate enough evidence on why each person is suitable for the job.

I Am Dead is a narrative-driven game where you interact with NPCs, yet they don’t know you’re there. It sounds a little creepy, but in reality, the game is so charming – especially the main character Morris, fully voiced by an actor with/performing with a West Country accent. Sparky should be called Spunky, as she’s very upbeat and helps motivate the very laid back Morris.

It makes sense to take your time with the game as it isn’t particularly difficult, and for that reason, you can finish it pretty promptly. However, with Morris having all the time in the world, you too should take your time and bask in the Shelmerston ambience. For once, this is a game where picking up an object to rotate on its axis isn’t to show you how good the lighting is, but for you to visually dissect its contents. More often than not, there might not be anything to see, but the process is fun, and it’s almost like a Where’s Wally? of household items, and getting into the strangers’ heads.

The visual side of things is soothing with a soft palette and friendly characters to encounter. Their pasts aren’t always cheerful, but they warrant the expose of tumbling into their brains for clues as to who is the best candidate for the job. From the locals through to animals and a robot that dwells in a converted lighthouse that operates as a yoga study, I Am Dead is a quirky tale with plenty of oddities to explore. 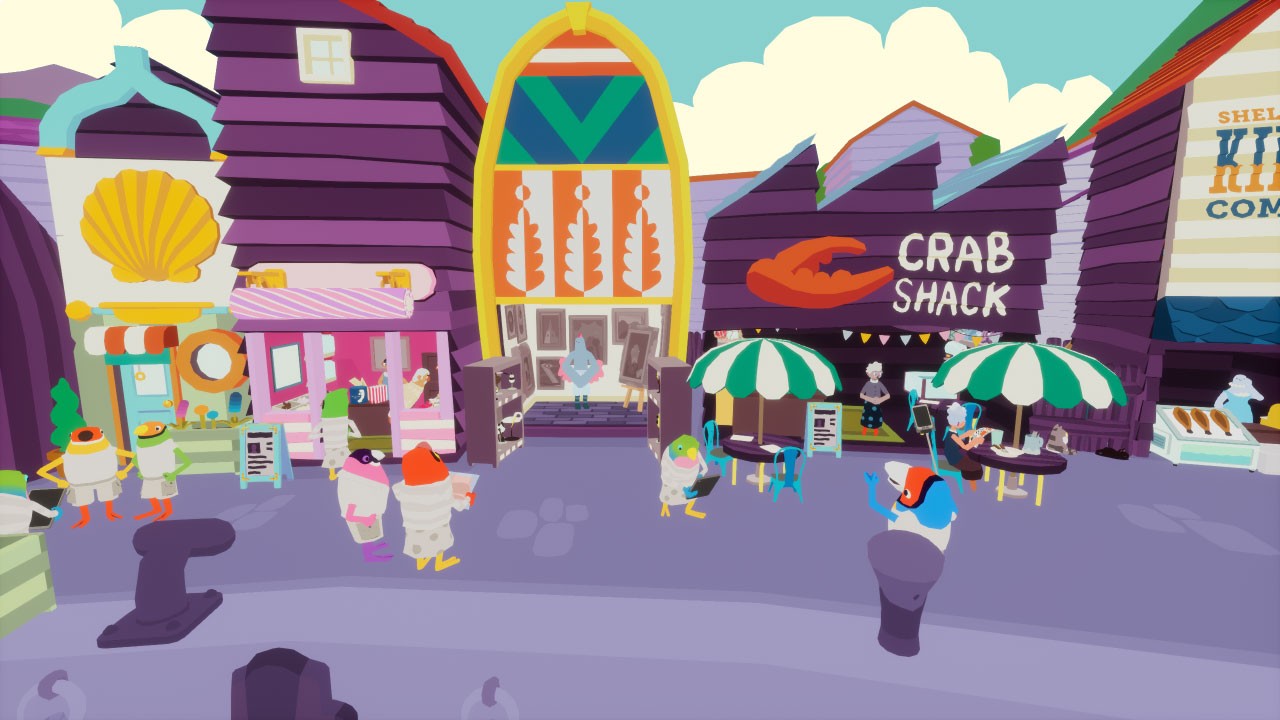 Exploration is key to piecing the narrative together, but also for some side quests. They don’t need to be completed and aren’t much of an incentive other than the experience, but further reason to spend more time in Shelmerston. In some ways, it’s a bit of a chill game that might give you a break away from an FPS or platformer. There are no consequences in the game, just the story and the people (and spirits) that inhabit the land.

The puzzles in the game aren’t challenging, but that’s not the goal as you’ll spend more time playing around and experimenting with your new found x-ray vision. In that respect, I ended up spending more time, theoretically doing nothing than making any progress with the story, but I enjoyed every minute of it. It was like the first time you play a VR game, only you aren’t blown away by the visuals necessarily, but you have that curious and impulsive response of ‘I wonder if I can interact with this/that’.

I Am Dead won’t be for everyone, notably because of the pace and the lack of challenge. If you have a bit of time to commit and open-minded to some exploration, you won’t be disappointed with this unique, funny, sometimes poignant story with an eccentric cast and even better voice acting.

I Am Dead Review

Fear not about clocking in 100+ hours or overly complicated puzzles. I Am Dead is easy-going, somewhat enchanting and offers a unique perspective on ghost detective work with a charming protagonist.