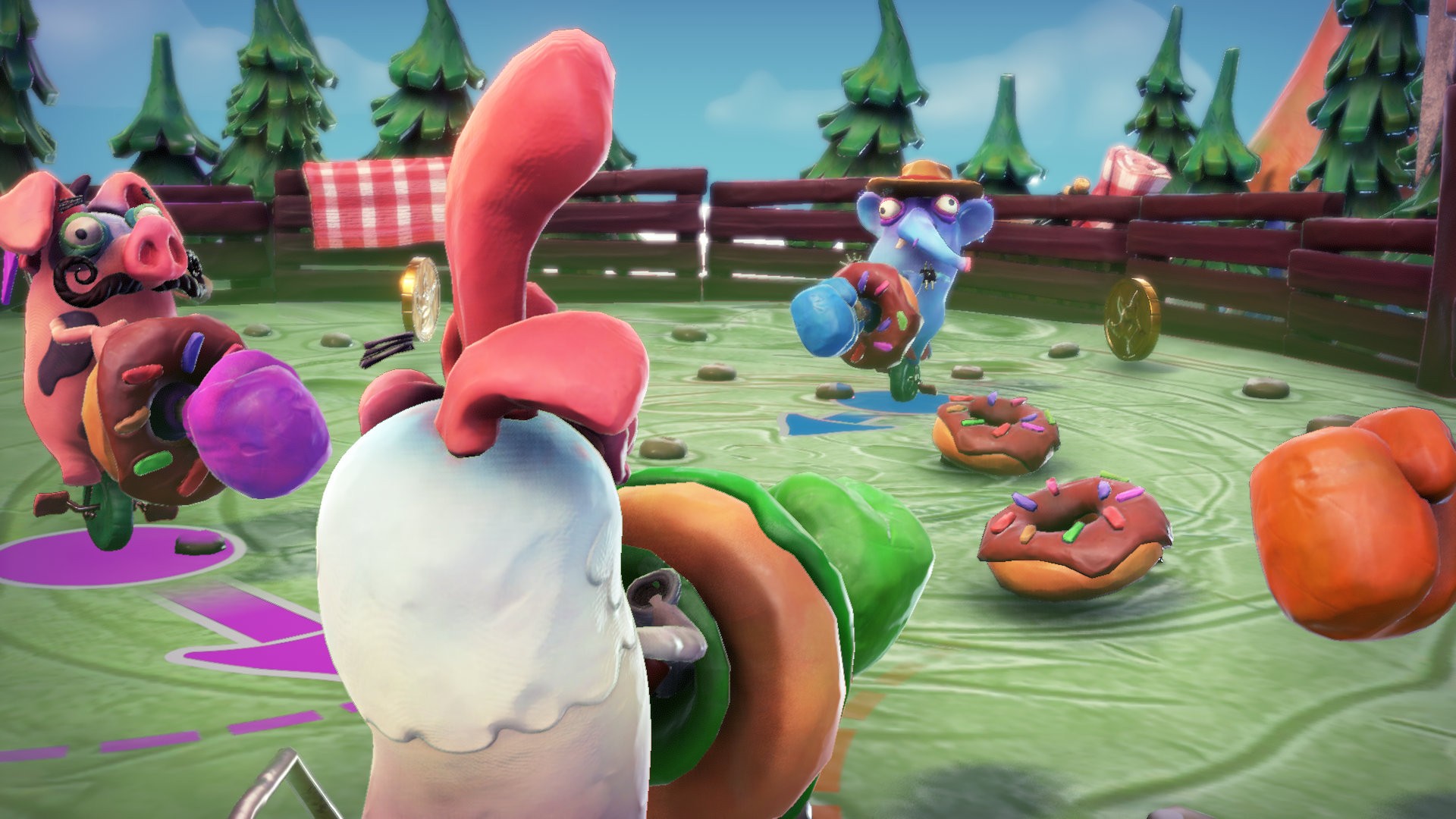 Every group of friends has that one game. That one go to game that nine times out of ten, no matter what everyone says about wanting to try out something new, ends up blaring from the telly before the night’s up. At one point in my life, this was that game, and for good reason. Frantics on the PS4 is, without a doubt, one of my favourite games ever made. High stakes, quirky game design and an almost never-ending replayability factor. This is a game I hold very dear to my heart.

NapNok Games created a wonderfully odd multiplayer game for up to four friends. One of the best parts about Frantics is that you don’t need any controllers, as it’s a PlayLink game. This means that you can toss those janky PS4 controllers to the side. All people need to play this game is an app. It’s supported on both iOS and Android, so most people will have no trouble accessing the game on their respective devices. In my year or so of playing the game, I’ve thankfully met no one who couldn’t download the app. Frantics is meant to be a multiplayer game, however, you can still play on your own against a couple of NPCs. Unfortunately, you can’t play Frantics online with your friends, as it’s a local-multiplayer only. 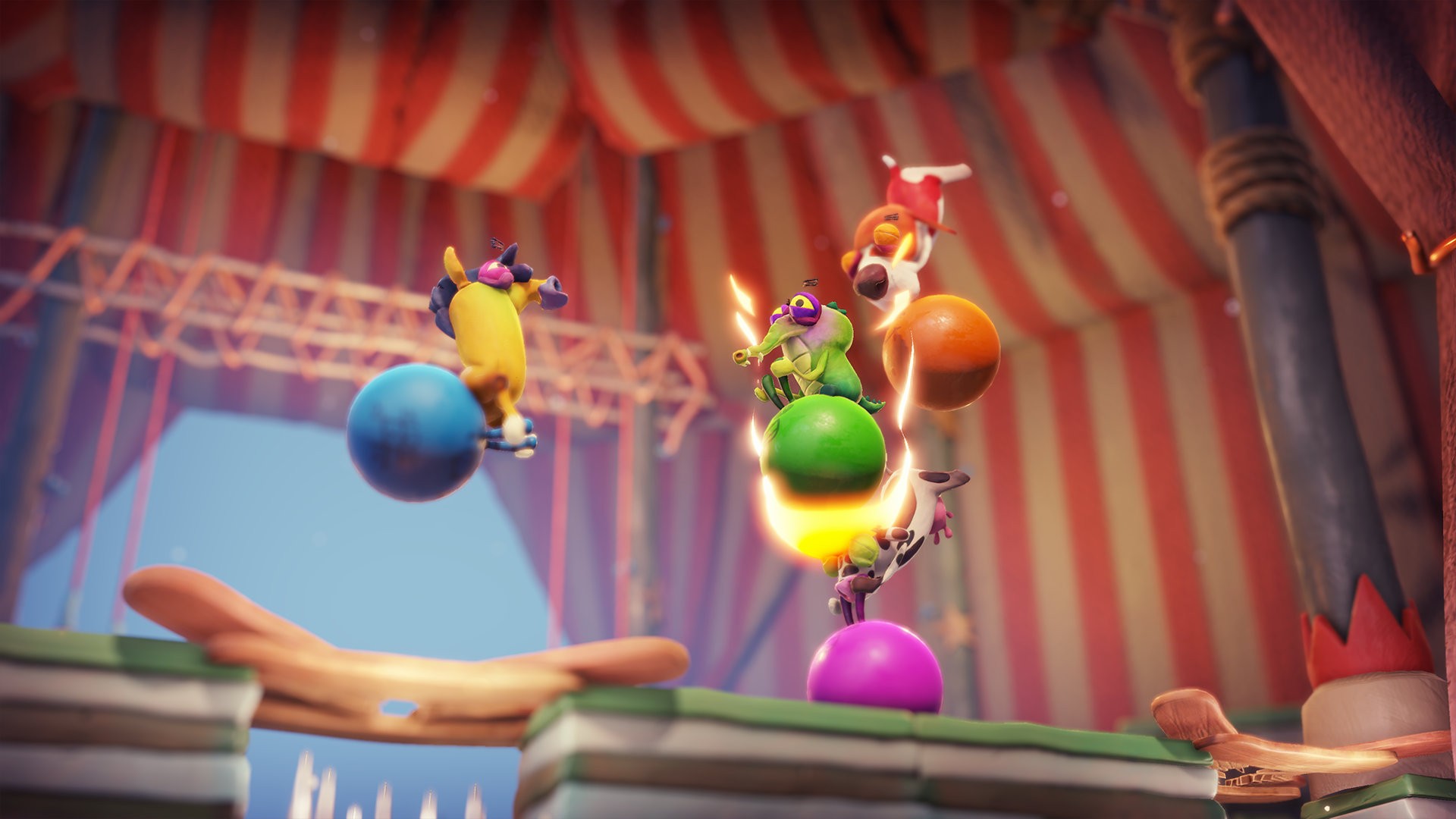 The concept of the game is strange but interesting; you and your group of friends are battling it out to win Crowns for the amusement of a Fox. The Fox, who is actually the host of the game, pits you against each other in 15 different mini-games, with the choice of two different game modes. The Fox’s Party mode is hosted by the Fox, giving you four random mini-games with a few challenges sprinkled in along the way. The other mode – and our preferred game mode as a group – was Custom, in which you pick your own mini-games and control how often the challenges appear throughout. The main aim of the game is to collect Crowns, which you get after winning a mini-game or a challenge, which are converted into lives for The Grand Finale at the end of the game.

To put it simply, you have to win as much as possible, which is so satisfying when it comes to Frantics. Despite his slightly dishevelled and disinterested appearance, the Fox is actually a master at bribery and backstabbing and actively encourages you to try to disadvantage your teammates. Whether this is from a phone call, you may receive in-game that prompts to make sure one of your friends loses or tempting you into betraying a friend by dropping an anvil on their head for an extra Crown, Wile E Coyote style. Be warned though, this game might have a long-lasting effect on you and your friends, I still haven’t gotten over the Anvil Betrayal of 2019. The gameplay is simple and doesn’t take long to master; most of the mini-games utilise motion control, and the game only ever gives you one button to press, so you won’t ever feel overwhelmed while playing. 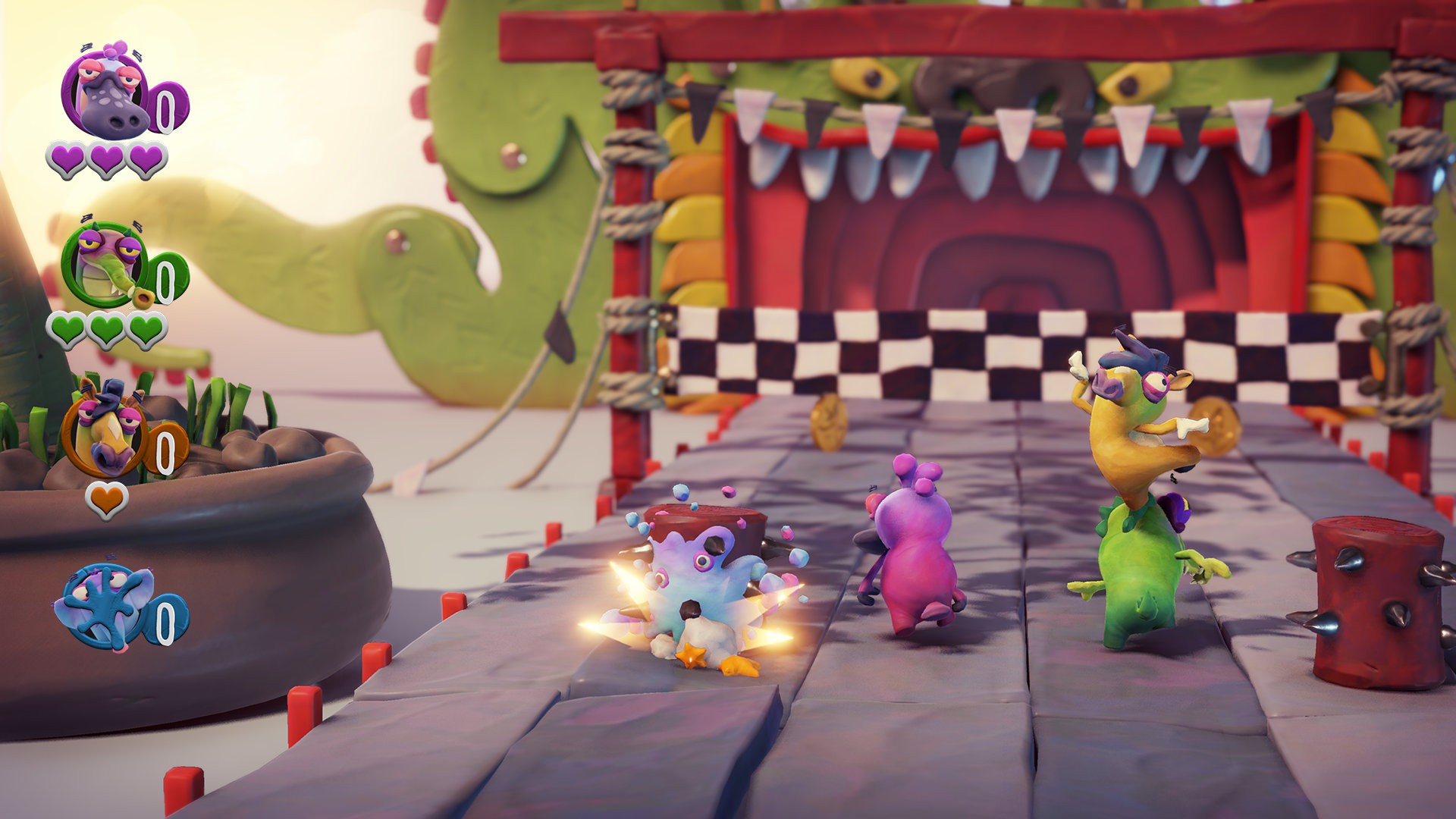 The graphics in this game are also amazing. The almost claymation style of the game makes sure that it never actually feels violent or aggressive, even after someone’s splatted into the ground face-first during an unlucky game of ParaChuChu. The style harkens back to games such as Kirby and the Rainbow Curse which I think helps give it a childish and playful feeling. The audio is arguably one of my favourite parts of the game. Not only do the characters make delightfully weird little noises throughout the game, but each mini-game gets its own theme, and they’re all wonderful. The songs are upbeat and unique, with my personal favourites being Tour De Frantics and Hot Rods.

In my humble opinion, I think Frantics is one of the best multiplayer games I’ve had the pleasure of playing. It’s fast-paced, eccentric, and has high replayability value, high enough for me to play it for a whole year. I think if any friend groups out there are looking for a new game to be obsessed with, Frantics is the game for you.

Try and outfox everyone in this whacky game that will test who your friends really are.