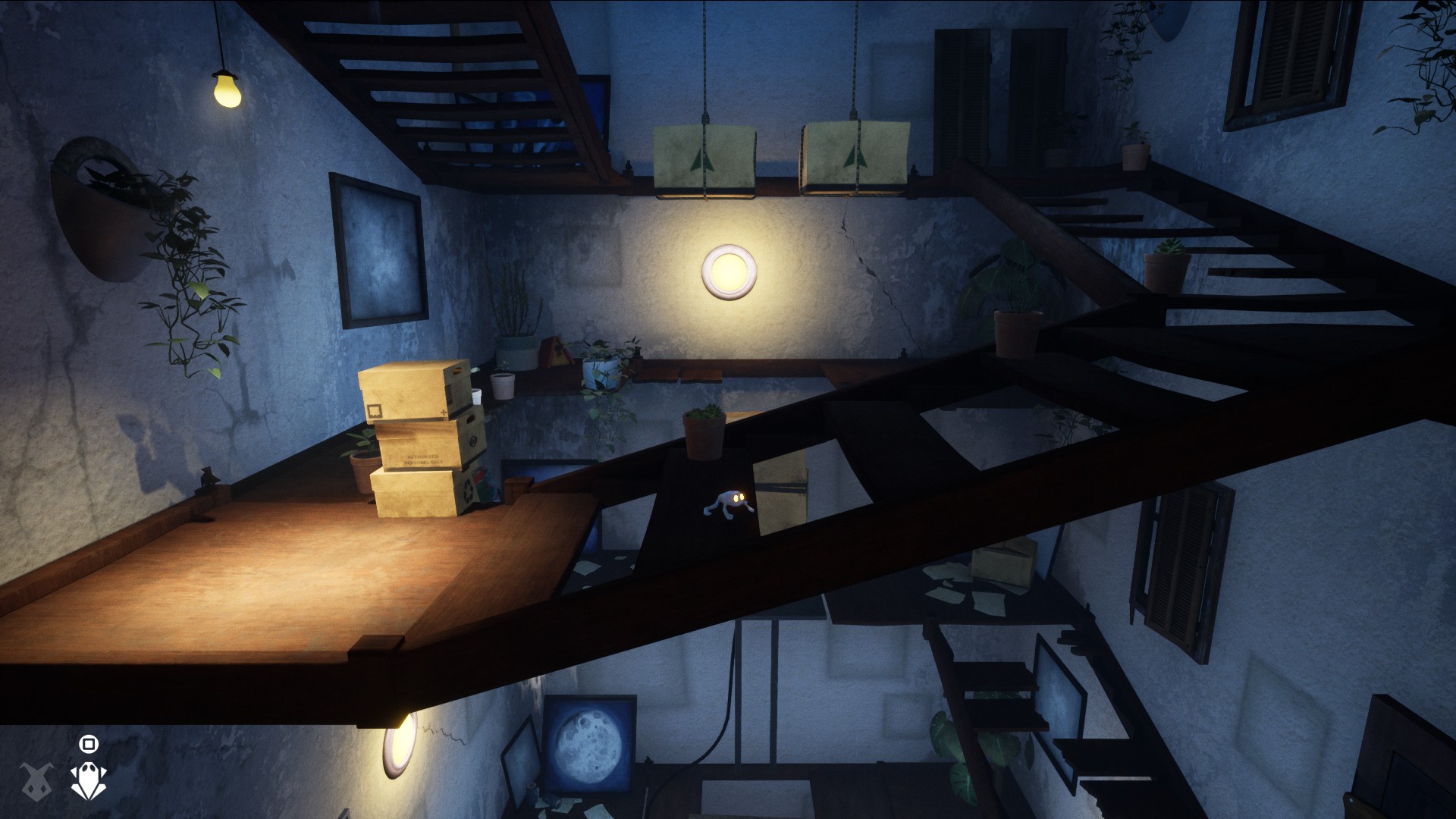 A Tale Of Paper is probably the best example of what it would be like to be an animated piece of paper, left alone in a room to figure things out for itself, gradually realising their built-in powers and flexibility (origami anyone?). The game itself starts precisely like this: a piece of paper brought to life as an origami doll that wouldn’t look out of place in a Tim Burton film which slowly uncovers their powers of shape shifting.

There’s no elaborate intro, cutscenes or narrative, you come alive and then wander a house with quite possibly the most extensive collection of boxes before moving day, with a few hazards such as robot vacuums. But enemies are the least of your worries as this is a bona fide platform puzzle game.

While it has the conventional puzzles to solve, pulling switches in the right order, that sort of thing, A Tale Of Paper is a game about precision jumping. You can slightly move the camera with the right analogue stick, but gameplay takes place from a side view with depth, making good use of the Z-axis. On the surface, the environments in the game have as much charm as the character, but the depth perspective proves challenging when jumping. 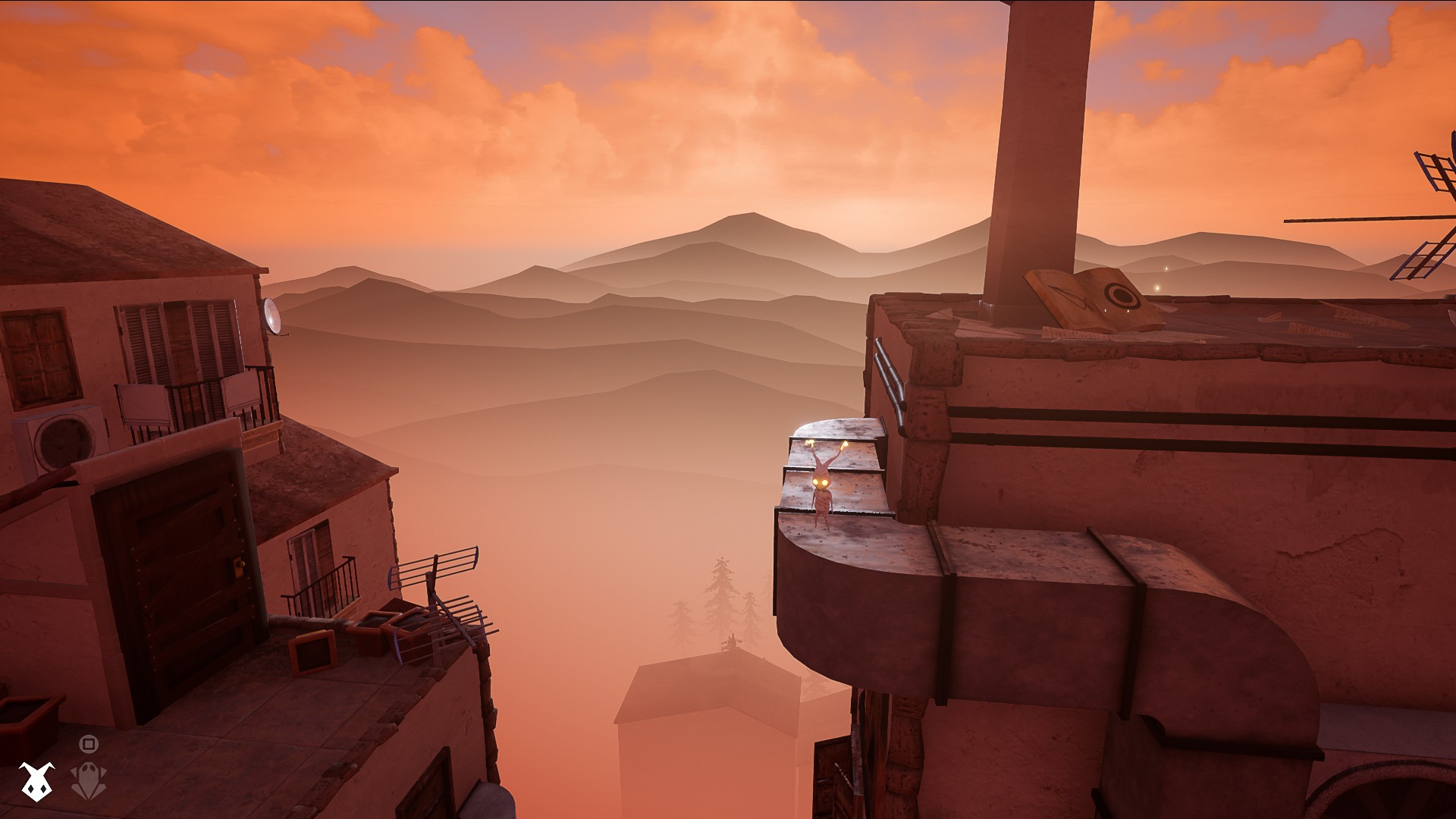 That’s not to say that the controls are bad, but it’s sometimes difficult to tell how far you will jump and more importantly, where you will land. The first shape you can morph into being the frog, by pressing the square button. It doesn’t walk at all; instead, it jumps from a sitting position, gaining heights that the doll couldn’t achieve. You can adjust where you fall slightly, which is a big help, but the problem specifically with this character is you can’t move on the spot and position yourself.

Instead, you have to switch to the doll (square again), get yourself close to the edge of a platform, shift back to the frog then jump. This may have been the plan from the developers in the first place, switching on the fly, but more often than not, you’ll miss a jump and have to repeat an area once more. It just tickles the frustration gland a little, but not so much that you want to give up, and on the second or third attempt, you tend to get it.

A Tale Of Paper reminds me of Inside, but with a bit more illumination and a broader palette. Your character’s eyes are lit the whole time with a yellow hue, and this lights up the locations. As mentioned, the environments are beautiful and referring back to Inside once more, you find yourself traversing all alien forms of terrain (for the paper, at least). While this is going on, something might be active in the background, such as a spider – huge in this game as the paper doll is approximately 10cm or so tall. The character looks like an alien-like jester, and the character modelling for this – including the paper ball you can morph into, are excellent. The atmosphere throughout is engaging when, in reality, not much is happening on-screen at any one time. 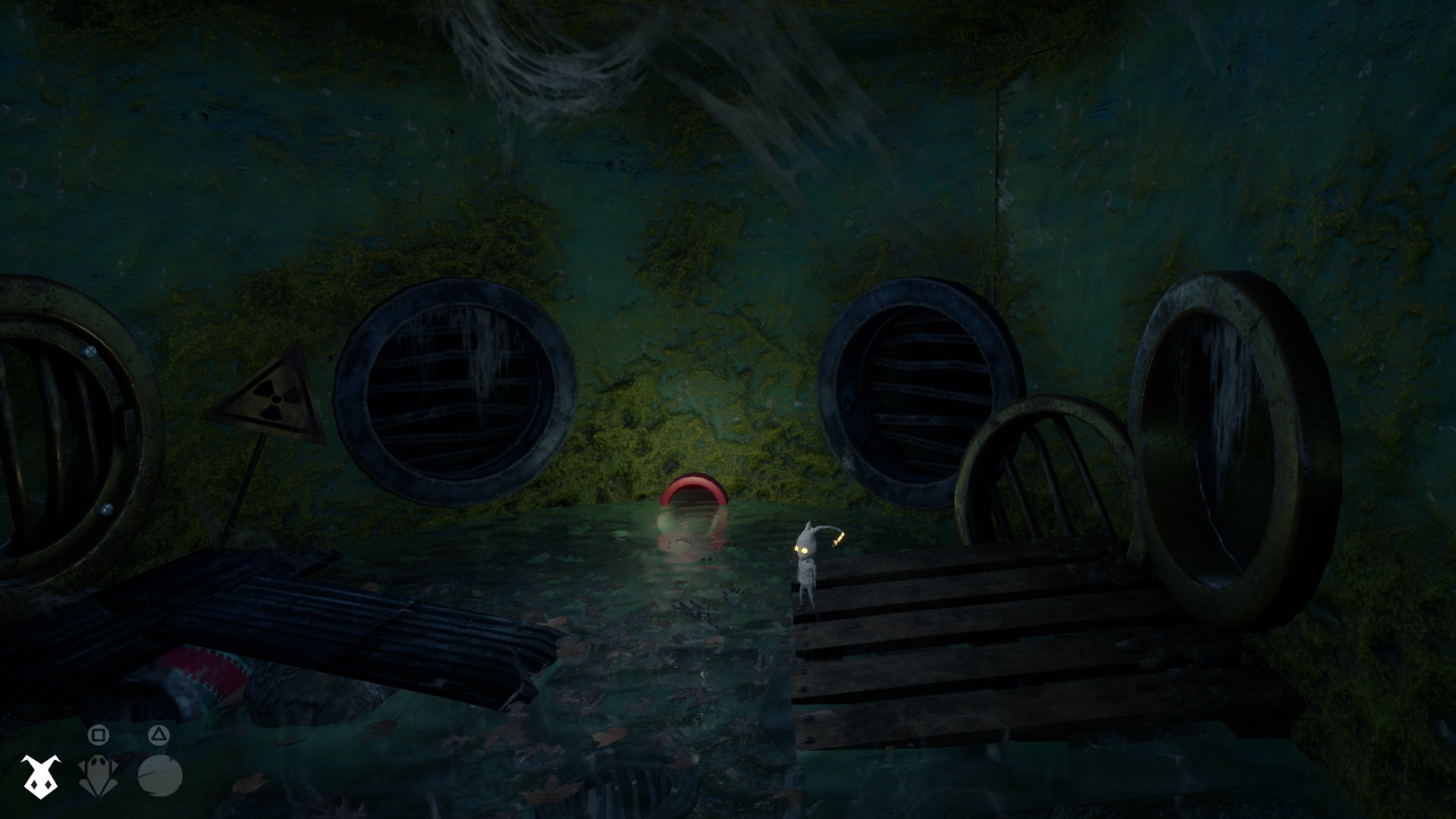 On that basis, A Tale Of Paper is a little bit of a contradiction as it can feel relatively placid with minimal threats and a calming playground to experiment with. Only this a linear exploration of self-discovery (as meta as that can get for paper) and you can only interact with a limited amount of objects, activating switches with your apparent antennae, for example. The contradiction, then is the awkward platforming – mostly because you can’t see what it is you are jumping onto. A couple of times I would use the doll, move to the edge of a platform, then jump with the frog, switching back to the main character. In doing this, I’d attempt to touch the analogue stick to reposition myself, but it wouldn’t move. A little heavy-handed and I’d then jerk forward, falling a level or two to repeat once more.

The other irritating part would be not knowing what to jump on or misreading a platform as something you can land on, only to hit an invisible wall. As A Tale Of Paper relies on this mechanic for the bulk of the game, it can be quite testing. Again, it never bordered on the rage quit side of things (depends on the person) as you can usually correct your mistake after another one or two attempts. Still, it’s frustrating that this happens in the first place, mostly due to the ambiguous camera angles and occasional dimly lit location that makes it hard to see.

However, with all that said, I very much liked the character and their little journey, if brief. The environments are relatively sparse, and while it won’t blow everyone away, I was impressed with the subtleties and a lot of the lighting techniques, such as when you walk past mushrooms, and they illuminate. Sure, there are a few too many blind spots that might hamper your progression, but as I keep repeating, never enough to spoil the enjoyment of this brief adventure.

A Tale of Paper Review

Tricky platforming sections dampen this otherwise atmospheric platform puzzler. It’s quite minimalistic, but that works in its favour and helps tell a very subtle story that’s engaging enough to see through to the end.