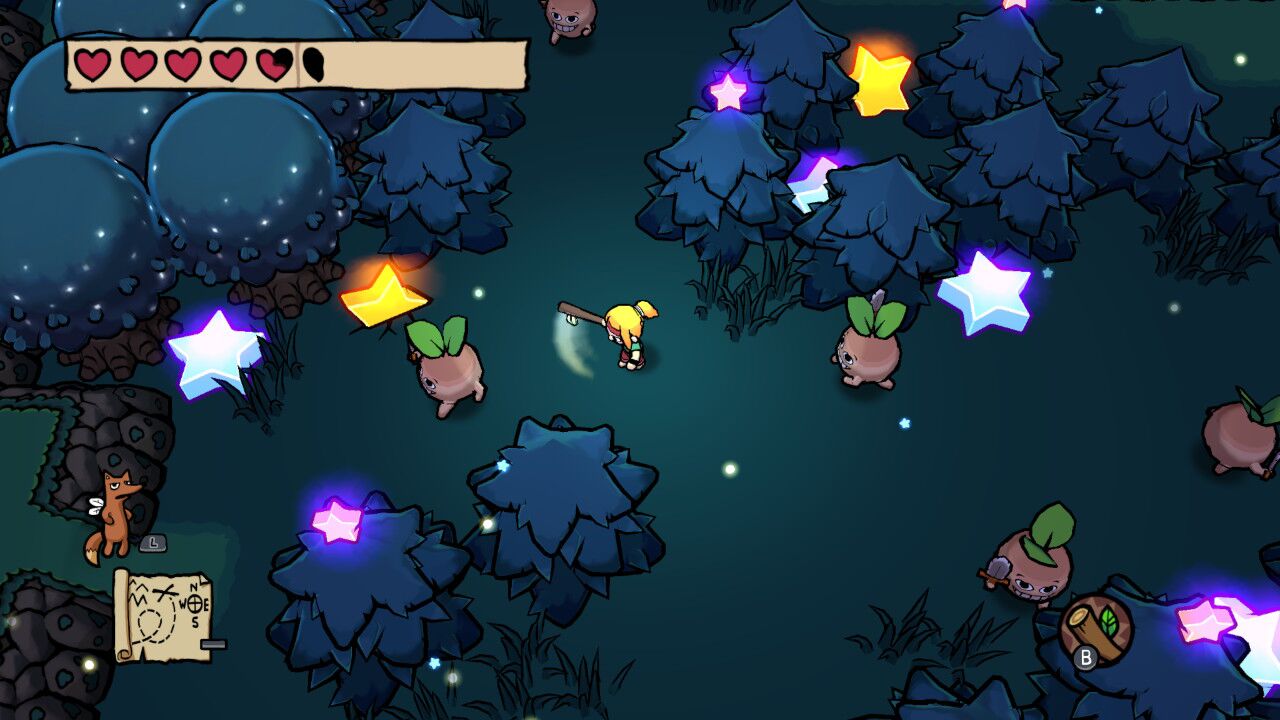 There’s a long running debate about what makes something independent and what makes it “indie.” An independent film, for example, is something that’s truly made by amateurs and smaller to no-named people, shot with personal equipment and done with attempts at pushing boundaries in mind. Indie films are ones that are meant to evoke this same sense of experimentation, but are actually carried out with high quality personnel and equipment on hand. It’s not a bad thing, but some people view it as disingenuous because it’s emulating the sensation of independent without actually going through the tribulations that it takes to make something independently. But I argue that an indie film is, at the same time, a showcase of achievement on someone’s part: that is, you previously made independent films, and now you have the resources to make something even bigger, and so you honor your roots with “indie” filmmaking.

The previous paragraph is essential in understanding the core ideas and appeal of Ittle Dew 2. It’s entirely possible some readers have played the original Ittle Dew, which was developed and published by Ludosity. Ludosity isn’t a tiny branch by any means, but all of their games have a certain charm about them that comes from some roughness in art and honesty in dialogue. Card City Nights is easily my favorite mobile card game, and part of that is the borderline absurdist nature of how the rules and the characters are handled. Ittle Dew is a loving topdown action/adventure that was humorous, whimsical and clearly had some nods to the SNES generation of gaming. Ittle Dew 2 seeks to capture that same effect, but eagle-eyed players will notice that Nicalis, the juggernaut of “indie” games, is now the publisher. This isn’t a bad thing, but it will draw attention from players who may tut and harrumpf about the state of gaming. To those players, I do implore you to at least give the game a chance before you get on your high horse, because, guess what, Ittle Dew 2 is loads better than the original.

First, the setting. Ittle, our main character, has, once again, crashed her raft on a strange island, stranding her and Tippsie, the sarcastic flying fox. Together, they need to find eight pieces of raft, very akin to the original adventure, and they’re all highly, highly aware of the retread story and formation. Thankfully, you find out early on that there may be a bit more to things than meets the eye. I mean, there really might not be, but there’s at least inklings of hints that maybe there’s something more. 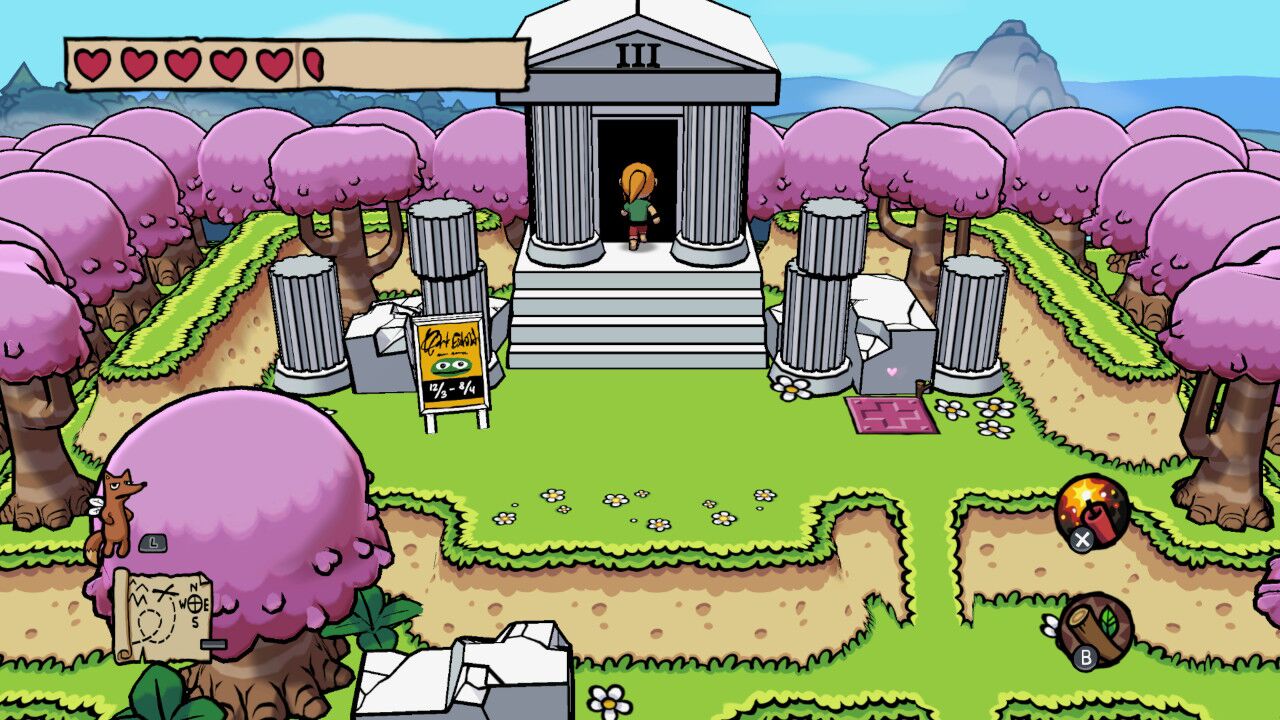 If you don’t like dialogue that’s meant to be snarky and funny in the same swing, you’re not going to enjoy Ittle Dew 2. While the 4th wall is never broken, Ittle, Tippsie and even the various NPCs you encounter frequently use abject humor and borderline meta references to move things along and keep the player engaged. Most of the game is spent doing things without speaking, so don’t think it necessary to hang on the every word of every being. But, for example, when you run into characters referencing events from Ittle Dew 1 (the hint giver, for example), it’s fun to see the nods and also to know there’s some kind of continuity available. I’ve gotten used to games like Grand Theft Auto or Final Fantasy having sequels that mean NOTHING except for some common themes. Ittle Dew 2 is a legitimate sequel, with plenty therein.

Action and control-wise, Ittle Dew 2 feels even more like A Link to the Past than Ittle Dew 1. Your character is equipped with a hefty beating stick, and you really couldn’t ask for more for the first few dungeons. You run into some notes that tell you, straight out, the first seven dungeons can be beaten in any order, though I recommend trying to do it numerically. The first dungeon, for example, is easily accessible and little more than a tutorial for the right way to play. Sure, there’s a boss, but, in a game full of easy bosses, this one is practically asleep. Still, getting a handle on when to swing, when to dodge and when to use dynamite is something that every player is going to want to get into sync with quickly.

As an action/adventure game, Ittle Dew 2 is incredibly smooth. The animations of moving around and using weapons are beautiful, and it adds to the atmosphere overall. Whereas Ittle Dew 1 felt a bit stocky in how things flowed, Ittle Dew 2 is just incredibly beautiful, which really stands in contrast to how endearingly ugly so many of the characters are. I love the constant use of the platypus that’s been almost a mascot for Ludosity, and a majority of the other monsters stand as such. The first time a candy cane snake attacked me, I was both enthralled and repulsed by how it moved. There’s a sense of “hand drawn animation” that seems to stick out in this game, and I don’t know how true it is but that’s how it feels. 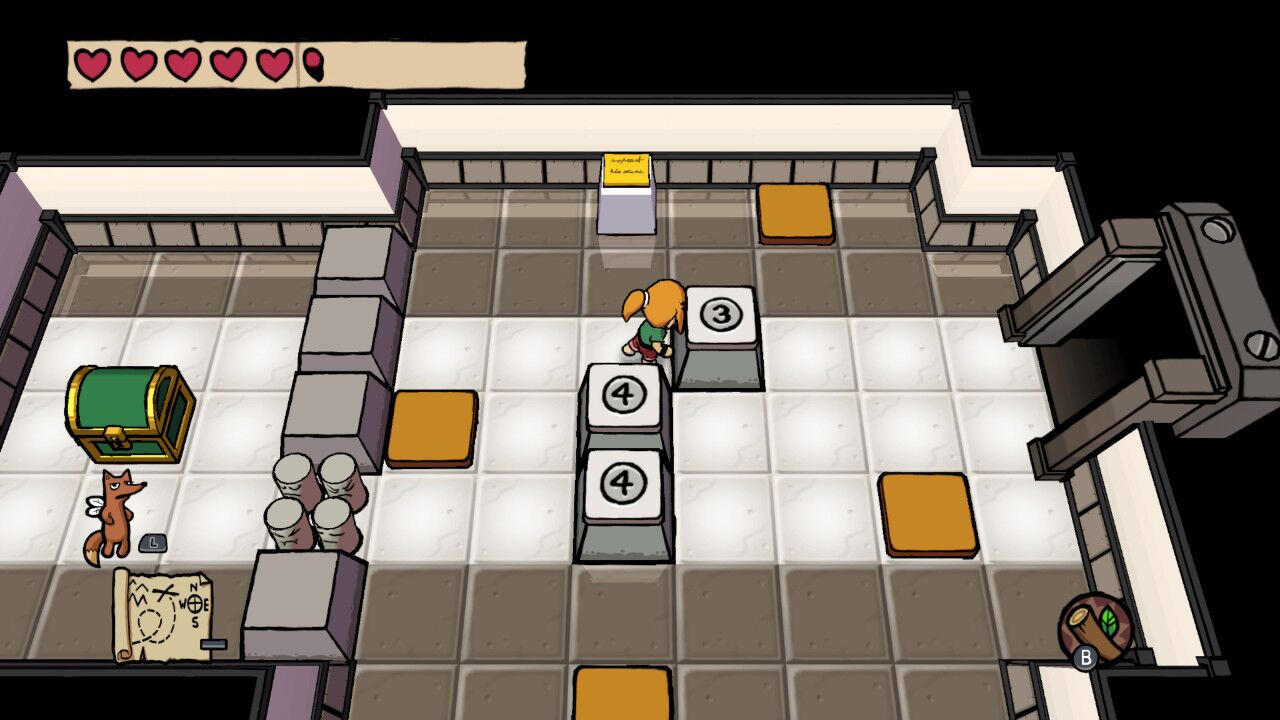 Now, I suppose the only caveat that comes is the length and difficulty of the game. I never felt that Ittle Dew 2 posed any serious difficulty for anyone who’s been invested in an action/adventure type game before. In contrast to Oceanhorn, where I felt certain bosses really beat you up, Ittle Dew 2 gives you plenty of wiggle room to deal with all types of monsters, and, yes, even the bosses. There’s a good reason you can do the first seven dungeons in any order: if you can enter the dungeon, you already have the tools to finish everything inside. This isn’t a sprawling, epic quest that requires days and weeks of invested time in order to finish. If you’re just along for the ride with the main questline only, you can finish this in a long afternoon. This is an immediate turnoff for some players, who really want to feel like they’re spending all their free time on one game. That’s not Ittle Dew 2.

That’s not to say there isn’t plenty to do, anyways. There are secret items to be found and optional quests to unlock. There are costumes you can discover and plenty of easter eggs peppered about. I personally love the fact that the game is so bite-sized; it fits in with the game’s own sense of humor and aesthetic, as in enjoying a bit of time without needing to invest everything into what is essentially a very silly quest. However, if you really want to get more out of the game, you can almost double your play time by simply looking everywhere, and you’ll be rewarded for your curiosity.

Ittle Dew 2 isn’t meant to go head-to-head with Zelda or any of the other big name games. This is an adorable homage that is both funny and familiar in the same breath, but still stands firmly on it’s own two (four?) feet. You aren’t playing a clipshow of an idea or a mod of an existing game, this is a tried-and-true formula that fits perfectly into an original setting. Much like the original Ittle Dew, this is an experience that I will come back to at least a couple more times, but not today: my raft is rebuilt, and I’m off to a new adventure.