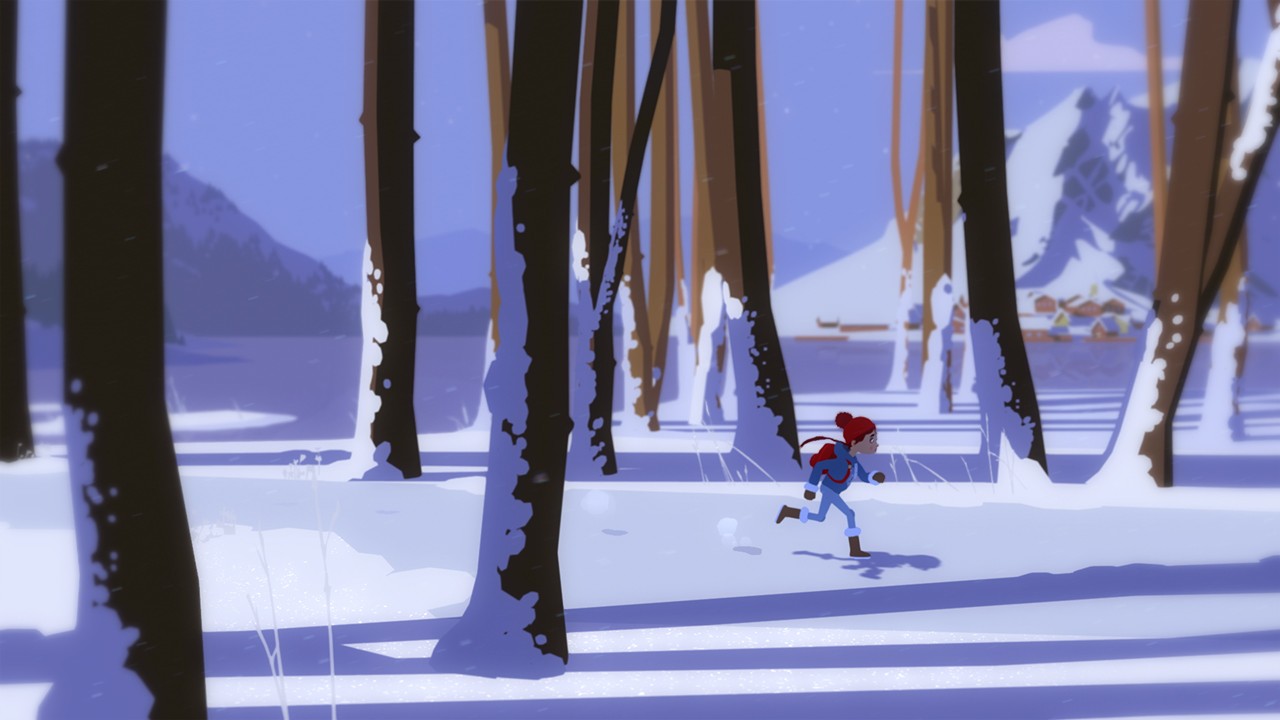 Developed by Polygon Treehouse, Roki is part of a new wave of adventure games with a modernized approach. I can remember that, in the past, the biggest titles of the genre were under the umbrella of the late LucasArts, and we had great classics like The Dig and the incredible Monkey Island. I have always been a passionate fan of this sort of gameplay, the well known point ‘n’ click one, which you point out a direction for the character to walk and click for an interaction to occur – both with objects and non-playable characters.

Over time, the formula became saturated, especially with games from the hated Telltale Games that looked more like a re-skin of their other titles. But truth be told, innovating within the adventure genre is not such an easy task, since the biggest differences between one game and another are story related, as the gameplay usually revolves around puzzle solving and backtracking. With Roki we aren’t capable of seeing so much news, but the modern formula chosen for this game is precisely the abandonment of point ‘n’ click gameplay, giving to the player the protagonist’s complete movement control. However the plot is an important piece in adventure games, and certainly the story of Tove and Lars will captivate from the first minutes of contact.

In Roki you take control of Tove, a preteen little girl who lives in an isolated place in the middle of the forest with her brother Lars and her Papa. The kids lost their mother some years ago, but Tove still feels the pain of the loss and constantly shows compassion to his father preventing him from feeling lonely. The girl takes care of little Lars and even housework, also taking the work of making dinner. Everything was going well, until one night when everyone went to sleep, and suddenly a dark creature appears in the family home and leaves everything in pieces. The children then flee from danger, but their Papa was left behind after being buried by debris and wooden beams that were on fire. With no way to change the situation, Tove desperately takes the sled out of the cellar and goes far from the place with Lars. 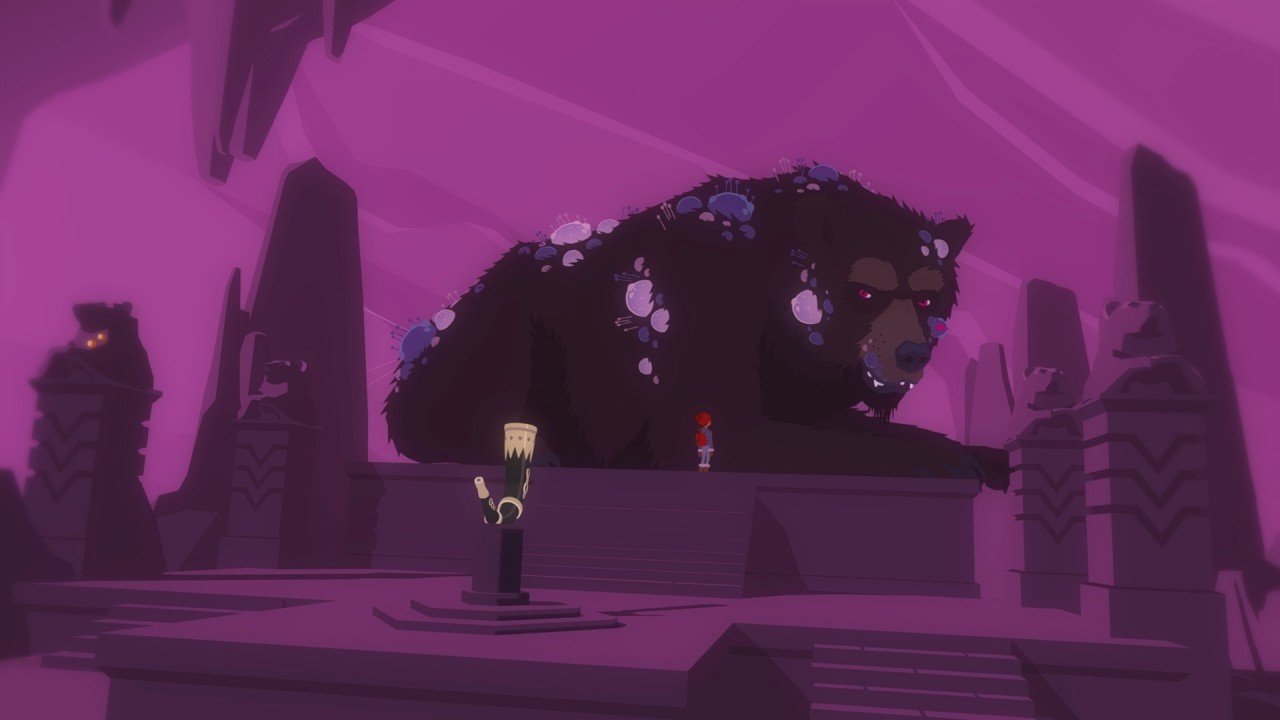 All of these parts of the story are given to the player interactively, so that everything is felt through the gameplay itself. There aren’t many cutscenes in Roki, which is probably why immersion is greatly increased by feeling control of Tove’s actions in her hands. The gameplay works very well and follows the familiar patterns of the classics of the genre. Tove can interact with objects in the scene and people by pressing the A button, as well as being able to open her backpack with X and mix objects to create some new ones, use items in key locations in the scene to solve puzzles, among other elements already seen before.

Despite being a gameplay already quite used, here everything works very well and the reward for each successive act is precisely the sense of accomplishment that Roki provides the player all the time. What helps most novice players and avoids the interaction button spam to test whether anything can be activated in the scenario or not, and there’s a command that causes interactable objects to blink when clicking the left analog stick. It’s a very clever workaround, which takes away the frustration of the old need to manually search for everything that could be a potential point of interest.

As it could not be missed, backtracking is very present, and this isn’t necessarily a problem. Although the amount and time that each loading screen takes between one scenario and another may not please – around 5 seconds. While some places are too far to reach, it ends up bothering to see the same loading screen every time, but at least with each change of environment the game is automatically saved. Further ahead there are also some shortcuts to move quickly between relatively distant locations, the beloved fast travel. However, the feature is implemented in a contextual way, and is part of an element within the game itself that does not take away the immersion because of its use. 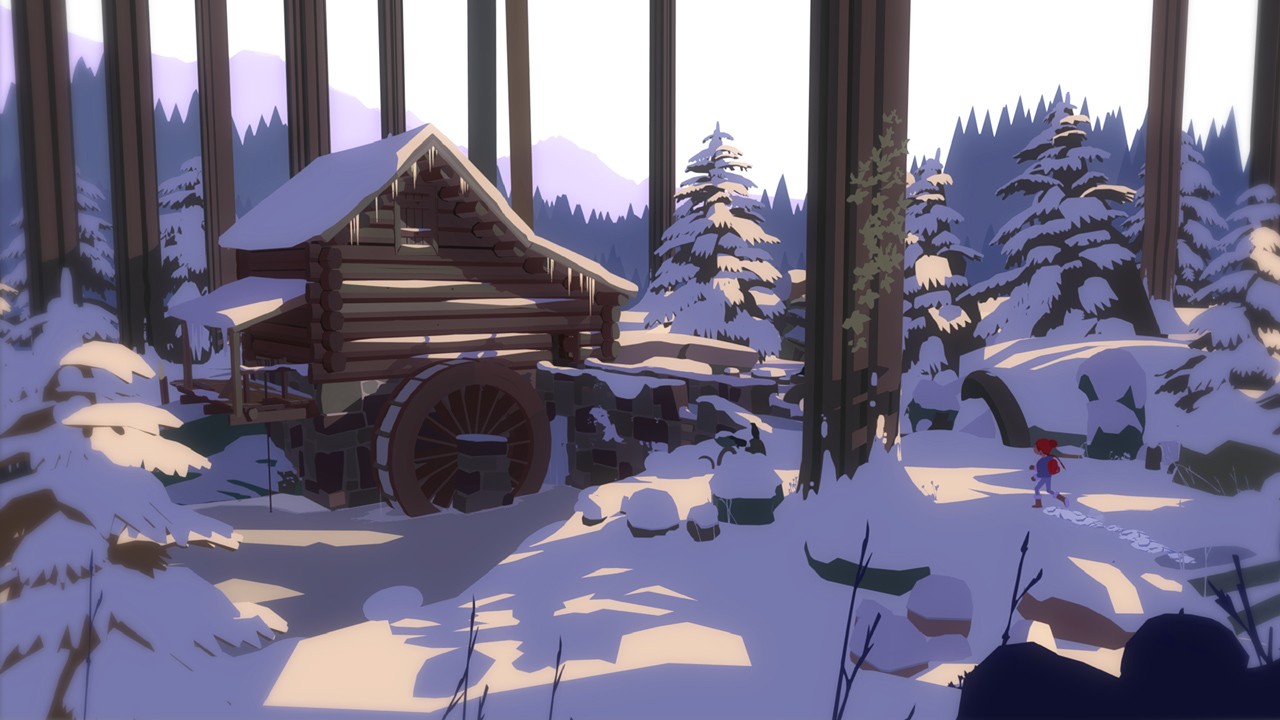 Apart from that, Roki also has a sort of internal achievement list, in which objectives can be accomplished to be marked out in a checklist. Visited places are also recorded in Tove’s notebook, as well as curious objects she finds out there on her explorations. The story unfolds in a very fast way, I’d say. In addition, the characters found throughout the journey are charismatic and have an incredible design, such as forest trolls, talking frogs and giant cats with grey fur – you’ll understand when you play.

As a big fan of old LucasArts’ games, according to what I’ve mentioned at the beginning of this review, Roki was an exhilarating and far above average experience for me. It has an extreme polish level, and this is easily noticeable through the clear affection invested in its development. The graphics are gorgeous and reminiscent of the cel shading style used in some anime games, in addition to that all the animations are very well done.

The soundtrack is not far behind, and it brings high quality tracks that only help to improve the immersion of the icy scenarios we passed by. Roki is really a big surprise this year, and shows that more and more the creation of a masterpiece in the world of games does not necessarily require huge budgets and a colossal team behind its development. If you are a fan of point ‘n’ click or more recent approaches of the genre like Detroit: Become Human or The Walking Dead game series, you should definitely try Tove’s adventure in her search for answers.

If you are a fan of point ‘n’ click or more recent approaches of the genre, you should definitely try Tove’s adventure in her search for answers.