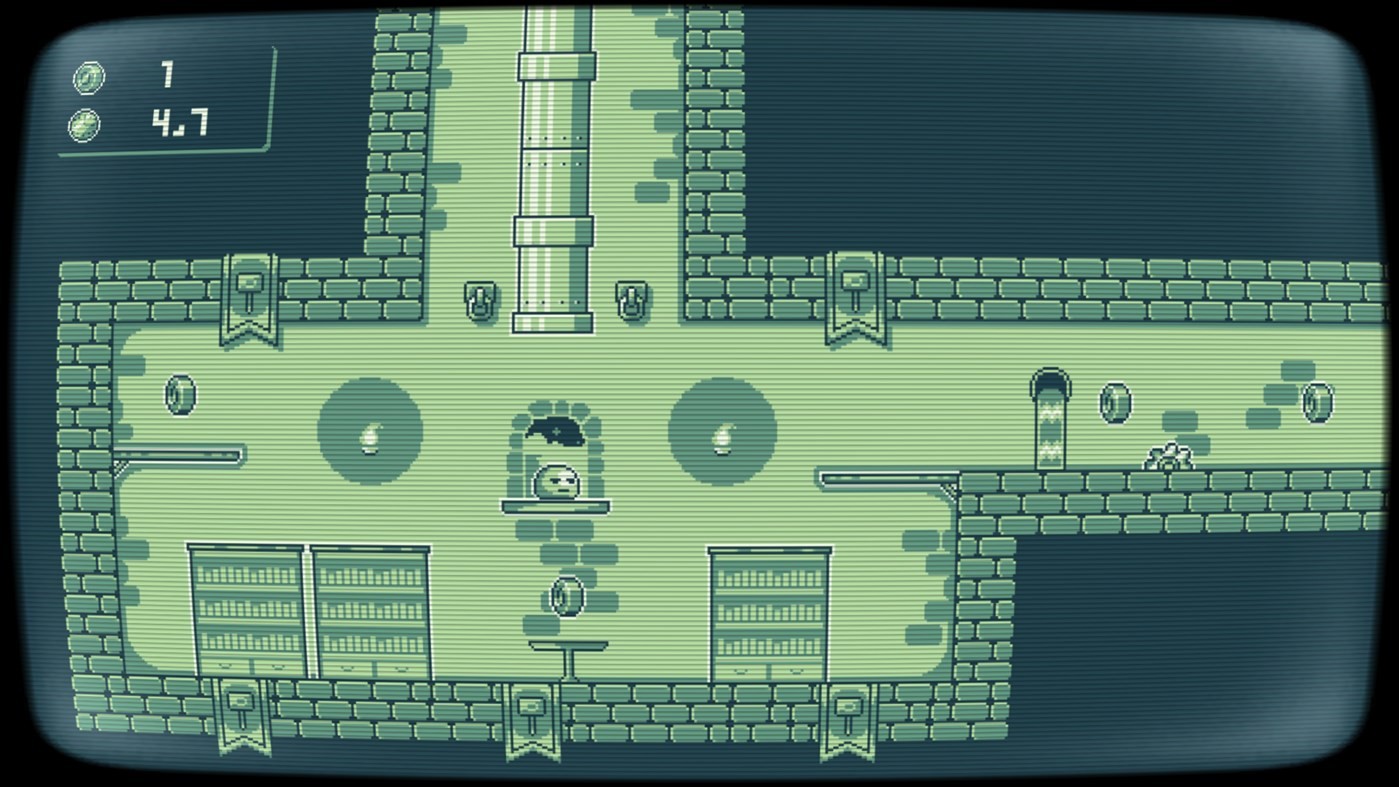 I don’t know about you, but I can’t even remember the last time I stepped foot in an arcade. They always had those Rorschach carpets, with bus seat wallpaper that always seemed to be half off the wall. Don’t get me wrong though, that yearly trip to the arcade was always exciting, I can practically hear the sound of frankly way too many 2ps being sacrificed in the name of those weird keyrings no one ever actually used. Playing Awesome Pea 2 also helped bring back these memories, as this whole game is a dream for anyone wanting a hit of classic 90s and 2000s nostalgia. 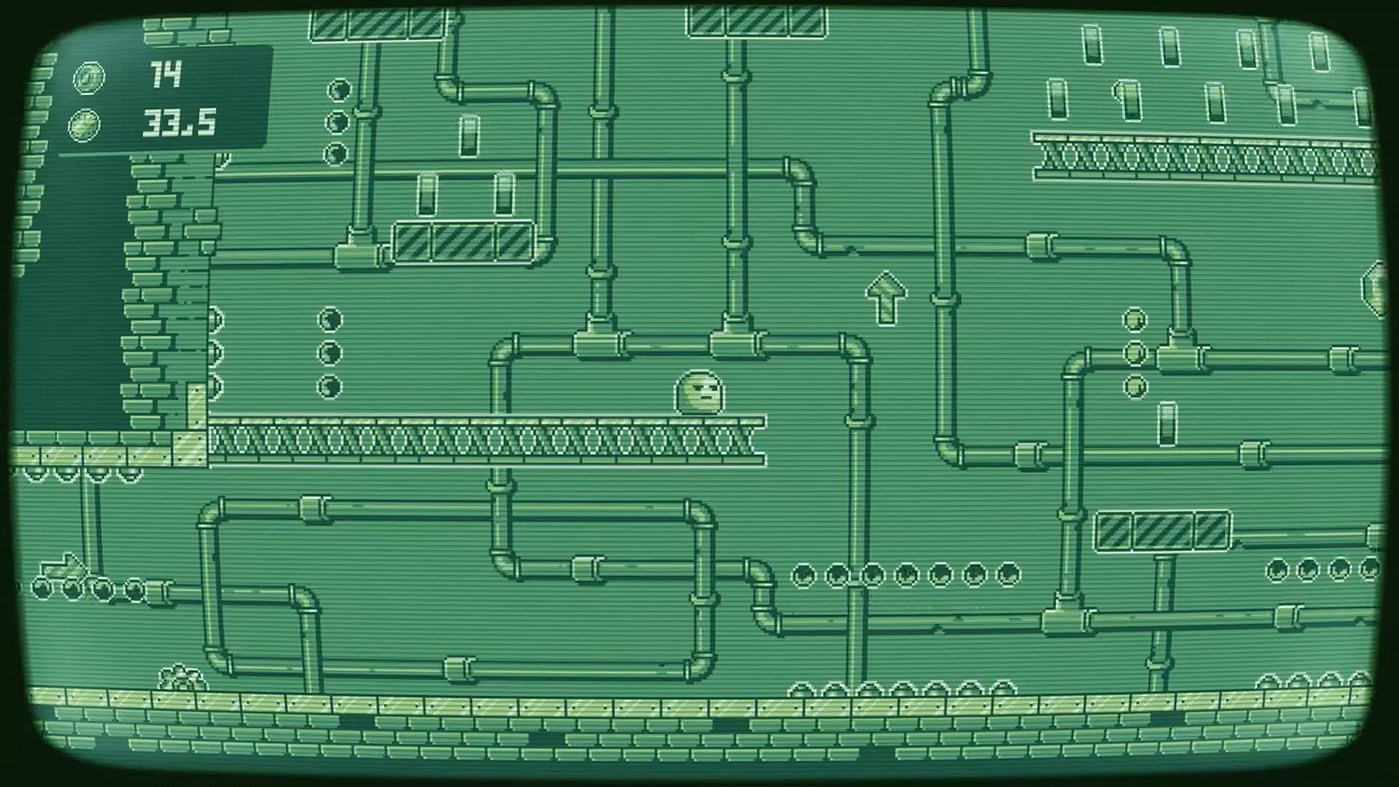 The gameplay is simple, enough that you don’t get a tutorial at the beginning. Level 0 does let you get to grips with the controls, which doesn’t take long. Not unlike the game’s that came way before this, you don’t get the ability to do much with your Pea, just the ability to move side to side and double jump. You can also restart instantly when you press triangle, but that wasn’t something I did often. The game consists of 25 different levels, each one becoming more challenging. You will jump past spikes, bats, and bullets to get to the cauldron that will portal you home, all while collecting coins and maybe even trying to beat your last time.

Publisher, Sometimes You, managed to perfectly capture that old nostalgic feeling for me, as this whole game is very reminiscent of the arcade era of 2D side scrollers. The graphics are pixelated and retro, which is a style I will never not appreciate, and is, for the most part, all green. The only issue I have with the graphics is that during gameplay, especially at the beginning, sometimes it’s not easy to differentiate between the background and the things that are trying to kill you. However, the more you play, the more familiar you become with what’s supposed to be a brick and what’s actually a little enemy that will crawl manically up and down one section of your path. The game world screen also suffers a similar issue, in that I struggled to see where my little Pea was and what the next level was going to be. These can be rectified, however, and also don’t really impact how you play the game. I also appreciated the soundtrack, as it too harkened back to those arcade games, with an upbeat retro soundtrack that loops as you play. It suits the style and aesthetic the game is trying to cultivate, and it helped me keep going after numerous deaths to the same spike. 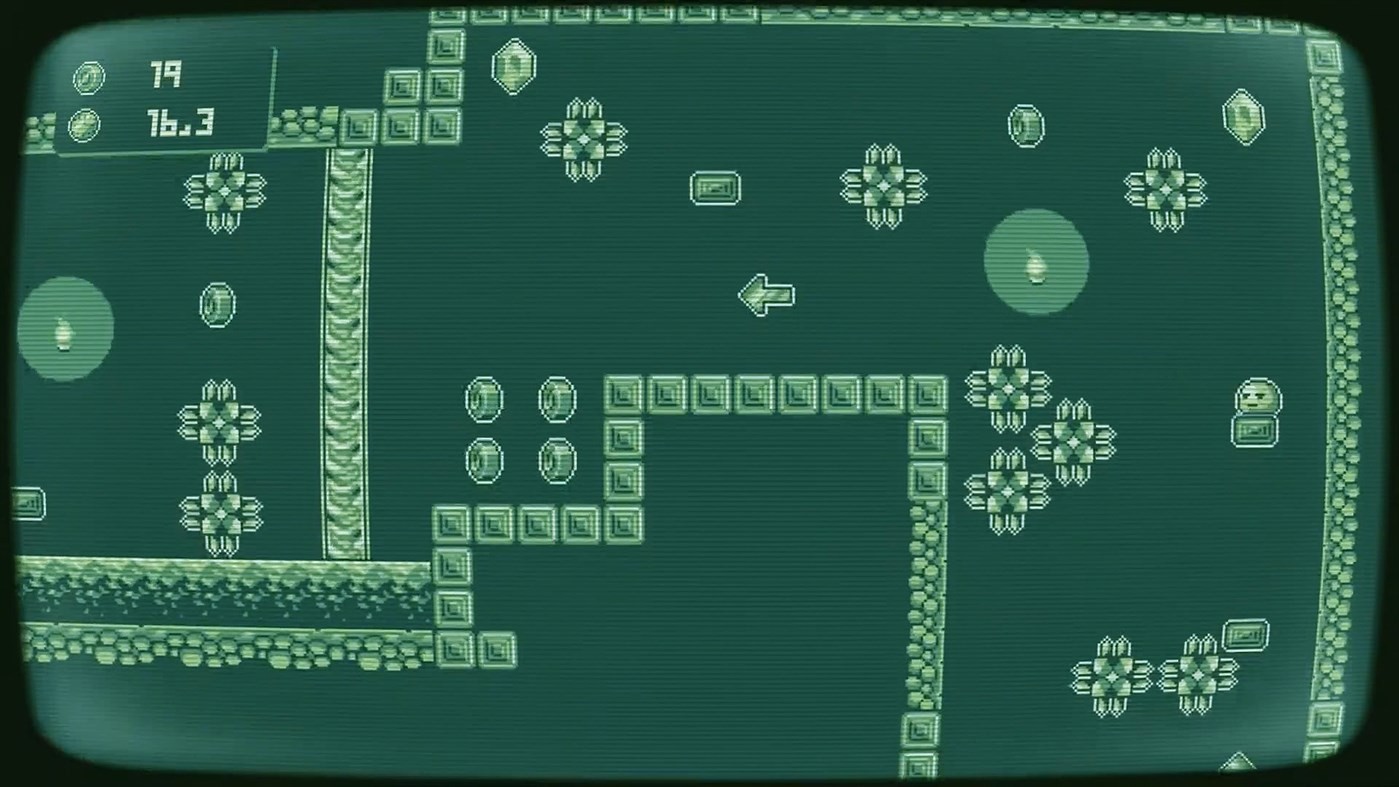 Now, this is where this game becomes a little divisive because I enjoy games that make me a bit mad. If you didn’t like Cup Head, you probably won’t like this, (though bear in mind this game is a whole lot easier than Cup Head) as its main purpose is to test your skills and your patience. While I liked this aspect of the game, it’s definitely not for everyone. However, I would encourage anyone who’s even slightly intrigued by this game to check it out, as you might be better than you think, and ultimately each level is only around 30 seconds long, so you’re not losing much if you decide you don’t like it. Also, as trivial as it may be, the Pea does have some charm to it, and I found myself catching his eye halfway through my game and just finding him funny. So, while I don’t think this game will be for everyone, it’s a cute retro throwback that lets you jump around dungeons and cave as a pea, and, who isn’t at least a little drawn in by that?

Jump your way through dark dungeons and collect coins as this very special Pea.