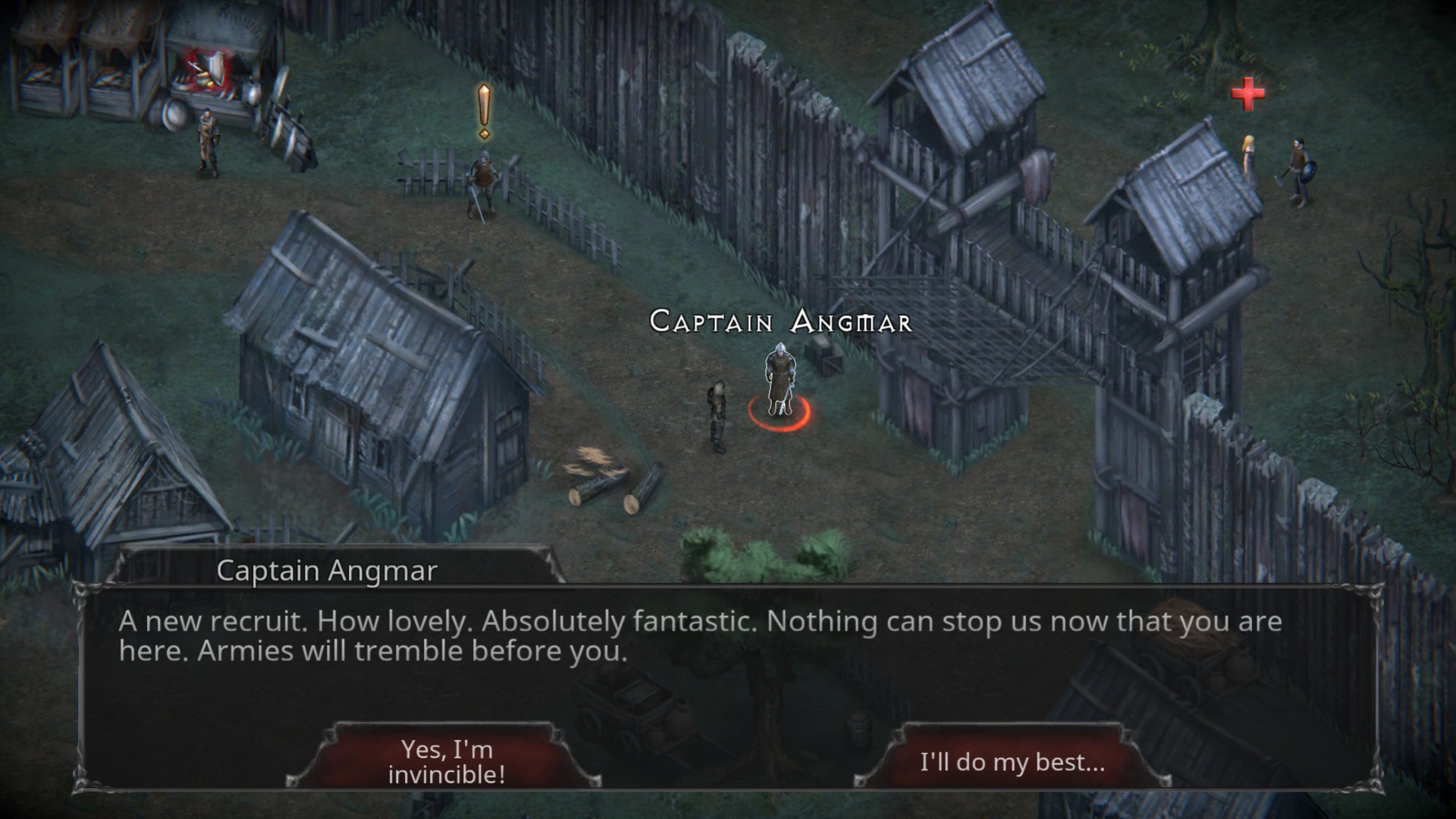 I love Autumn, not because of the change in the season, and the beautiful oranges and browns as the leaves fall, or the colder crisp evenings that enforce me to light my wood burner. No, I adore how everyone becomes obsessed with the horror genre, all thanks to Halloween. Ghouls, ghosts, monsters and vampires as far as the eye can see. Also, game developers step up to the mark to make the most of this renewed love of the genre. Whenever I see dark gothic games come to console I must have them. This obsession has led to me playing some truly terrible titles, but I’ve also had the pleasure of playing some of the toughest and most enjoyable games of my playing “career”. My latest review is for a vampire adventure that has been out since 2018, but has only been available for me to try on Xbox since September 2020. Vampire’s Fall: Origins is a classic story about revenge and power in a medieval oppressive world.

Developed by Early Morning Studio and published by Ultimate Games, this vampire inspired tale has you controlling one man, a being who hides a terrible and dark secret. This is a 2D open-world RPG that uses tactical combat, magic, and gothic lore, to tell a story of hatred and despair. The developers have taken inspiration from early gaming adventure titles for all aspects of their gaming mechanics. With Diablo aesthetics, and Final Fantasy VII random encounter battles, this juggles a lot of strong elements, and chucks them into a new, albeit rehashed cooking pot to help create their vision.

The story begins in a rural hamlet known as Vamp’Ire, the people have lived in peace and harmony for many years, but the rumours have begun about a mysterious character who wields dark magic, he is known as the Witchmaster. Fearing that the rumours are true, the villagers gather a militia style army, and you are a part of this recruitment process. This is where your story begins, this is where you will discover who you really are, and this is where you understand the true meaning of evil, hatred, and revenge.

Like all classic titles, you spend the first 10 minutes of the game in relative safety. You are given a basic tutorial that you won’t fail. Once your training is complete, and you’ve helped the villagers out by killing the odd rat, and delivering the occasional package, the shocking but predictable encounter with the dark lord himself, the Witchmaster presents itself. The head of the village appears to have no backbone, so it’s left to you, an inexperienced youth to fight for your life, and the lives of the villagers. Shock horror, you get your ass handed to you by this overpowered menace, and everyone in the local vicinity gets murdered, that is everyone except yourself. You awaken from your ass whooping to discover bodies strewn across the floor. You are gasping for a drink, and no amount of water will quench this thirst. The river of blood that trickles on the ground overpowers you, and you know the only thing that will appease you is to choose between devouring a human, or a rat. I chose human. Both were likely to be diseased (its medieval times after all), but I couldn’t bring myself to suck on a furry sewer dweller. Your darkest secret has now been exposed. You have noticeably pasty white skin, and walking in sunlight will probably burn you alive (no, you’re not ginger), you are a vampire, and you are hell bent on revenge. 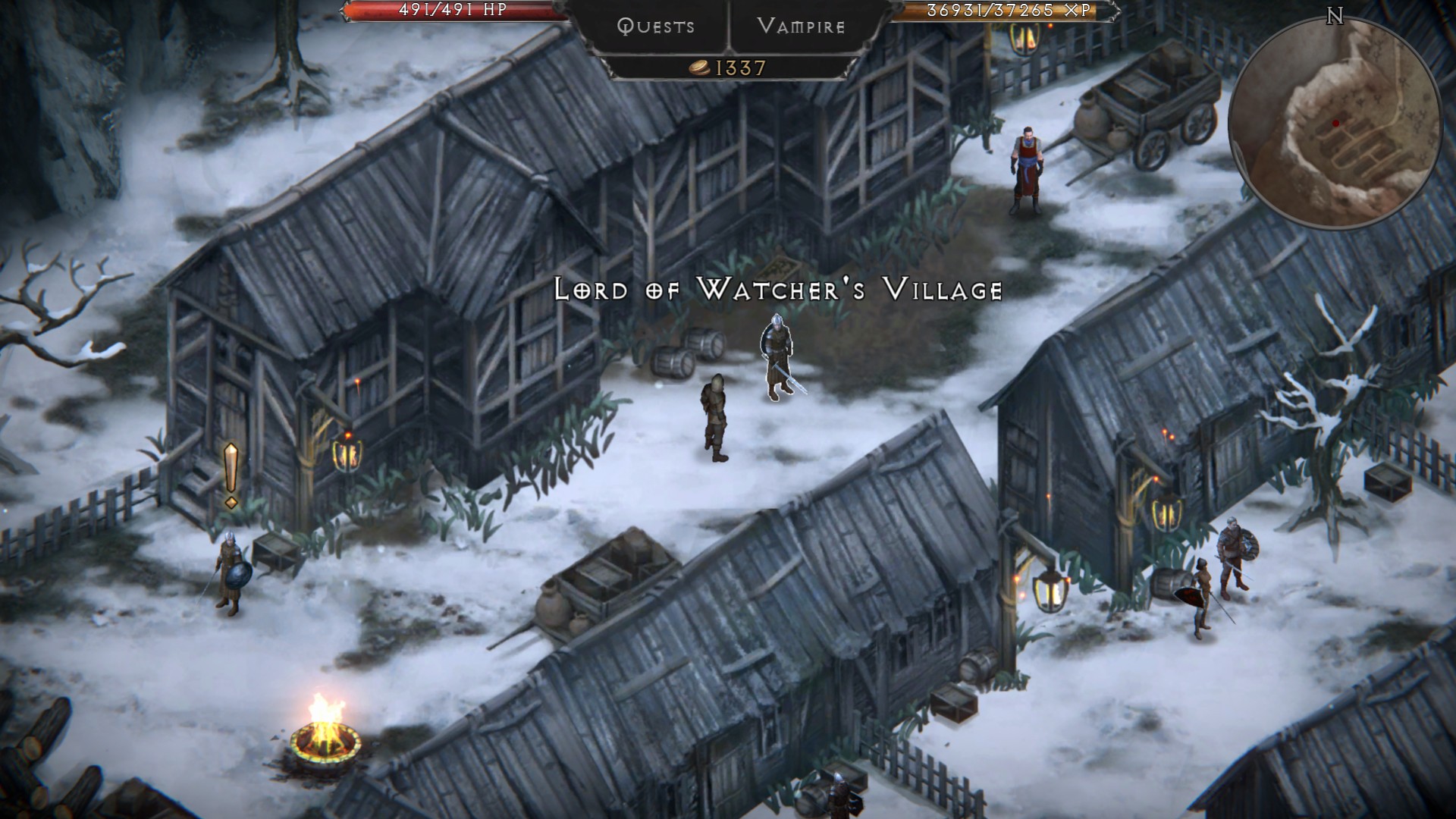 This starts your adventure across an open-world map that comprises; deadly woods, villages, hidden treasure troves, and evil monsters. You must traverse the land, helping people on your way, completing many side quests, collecting gold and XP, and fulfilling the objectives of your main goal, hunting down the Witchmaster. Completing any task will reward you with guaranteed XP and gold, occasionally you will find items that can be equipped, upgraded, or sold. Your gold will buy you better items from the town blacksmiths, or potions, enchanted jewellery, and healing from the local priest. XP is used to level your character up, you receive the usual health boosts but are also rewarded with skill and ability points. Spend these wisely as they have a direct impact on how you fare in each encounter, so before you spend your well earned points, consider how you wish to approach each battle.

What makes this game interesting and difficult, is the requirement to choose a bloodline before you have even stepped foot in the new world that you’ll call home. Your choice here will have a considerable impact on how your character progresses, with benefits that include; increased magical powers, XP rates, gold boost, and more. I chose gold as I’m greedy, but I wish I had chosen magic as it would have been much more useful with how I eventually approached each battle. Alongside choosing your bloodline, you are given the chance to design your character from several set bodies and skins. I’m never too worried about these sorts of aspects of a game, but I know a lot of players like the individual touch, so I believe that this was a good move by the developers.

The core gameplay mechanics (battles and quests) are fantastic and mediocre in equal measures. Let me explain why. The fights are great, when you are matched up with an opponent that is your equal, or slightly tougher. Tactics and use of your 3 skill groups come into play heavily. Planning, health, and equipment influences how you will fare. “Control”, “Instinct” and “Weapon” are your choices of attack method. The first two use your special abilities and magic to attack or weaken your opponent for a set number of turns. Your “Weapon” strength is based on the items you hold, and if you have improved any skills. Using these abilities will cost you “Focus” points, which are awarded at the start of each turn. It follows a my go, you go pattern. You can both dodge attacks, and you can hit opponents with critical blows. More often than not you will face only a singular opponent, but sometimes you must fight a group, where killing the first enemy will introduce the 2nd, and so forth. You won’t know if there will be multiple opponents, so it’s almost impossible to plan for this outcome. What is also unfair, and my main gripe with the battle element, is the inability to know the level of the opposition when approaching dungeons, or set encounters. If their level is too high, you will probably die, and you must be prepared to spawn at the nearest town, remembering not to try that battle again until you have levelled up considerably. It annoyed me as it took away from the tactical aspect of the game and threw you into the realms of guaranteed failure.

This moves me nicely onto my second issue, and for me the biggest downfall of Vampire’s Fall: Origins, and that was the lack of depth in the quests. Everything feels the same; walk here, collect that, walk further, hand over your goods, collect more items, and return to the original person. It was a grind fest that ate into time and enjoyment. The developers failed to create a variety amongst any of their quest lines, it’s a case of moving from point A to B with very little happening in between. The biggest challenge arises in the aforementioned inability to discover if you are a suitable level to complete the task. If you fall short, which happens a lot, you will have to; complete some battles, try some other quests, and then go again. It lacks inspiration, and other than the desire to see how the story ended, it unfortunately ruined what should have been an interesting experience.

When I see a vampire theme RPG, I expect a certain look; gothic writing, dark, earthy tones, blood and gore, and unique looking characters. Early Morning Studio delivered this, and much more. The classic Diablo look worked perfectly with the theme, it’s bird’s-eye perspective gave you a great view of the world around you, and left you feeling alone in was was a vast empty landscape. The earthy tones create an ominous atmosphere, and the writing style also complements the approach from the developers. It looked great, but wasn’t without its issues. The world would stutter and freeze, and there were constant issues with loading. It was surprising that such a simple looking game would have so many problems with playing smoothly, and it was a disappointment. 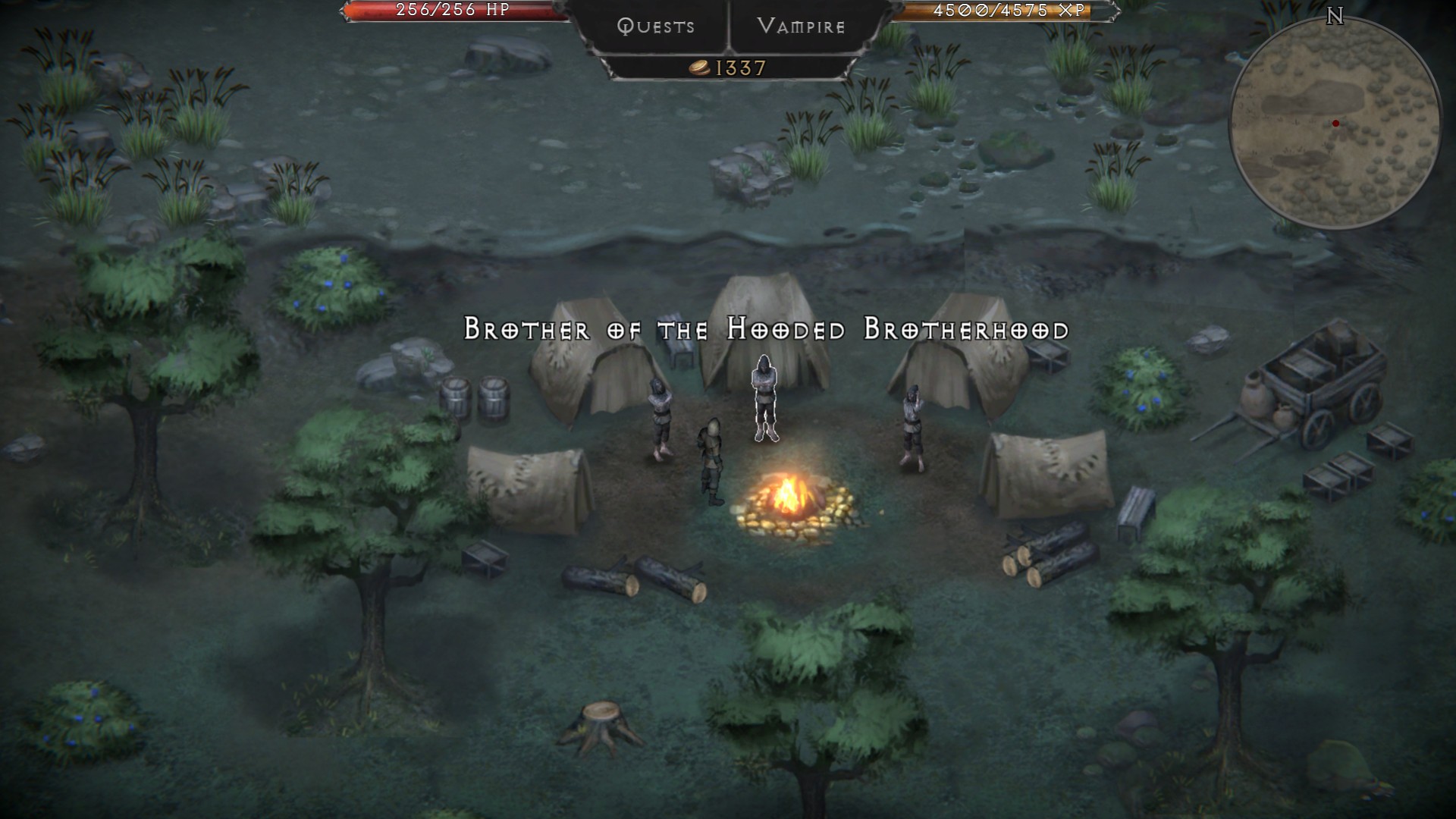 The audio, however, was not. The minor tones and medieval style sound worked well. The old school retro sound effects matched the style of this title and oozed nostalgia for any gamers who loved their late 80s early 90s 2D RPGs. If it wasn’t for the visual issues, I would scream about how much I loved the presentation. Unfortunately, the nature of the problems within this title ruined the gameplay, and is unforgivable in modern day gaming.

There is a lot going on but, the controls are easy to get used to, if not clunky. Moving around the world is smooth except for the graphical issues, as is selecting items and crafting potions. However the developers insisted that dialogue choices be made only through the D-pad. I forgot nearly every time, and each time that I did, I sighed in frustration. Equally frustrating were the menus during battles. Whenever you selected an ability, it would stay on that menu instead of returning to the default weapon option. This led to several errors in most encounters, and yet more sighing. They were all minor things, but they took the polish off the final product.

Would I return to play this? No, once through was enough for me, which is a shame as on paper this should be a game that I’d love. There is plenty of replay value there if you want it with the different bloodlines to choose from, I just couldn’t stomach anymore of the repetitive quests. If you are an achievement hunter, you will need to revisit this, as several are reliant on decisions that are made at key moments.

Having re-read my review, I can see that it has quite a negative tone. It’s not because I think it’s bad, it just didn’t live up to my hopes and expectations. Mixing elements from some of the most renowned games of my time made me want to play this, only to find that it falls short on its finished product and its final presentation. Do I recommend that you try it? I do, but be aware that there is a lot of grind, and it doesn’t live up to its peers in this genre. Will you use your new powers for revenge or take control? It’s your destiny, deal with it how you wish.